Trending
You are at:Home»Herbs and Spices»Facts about Narrow leaf plantain 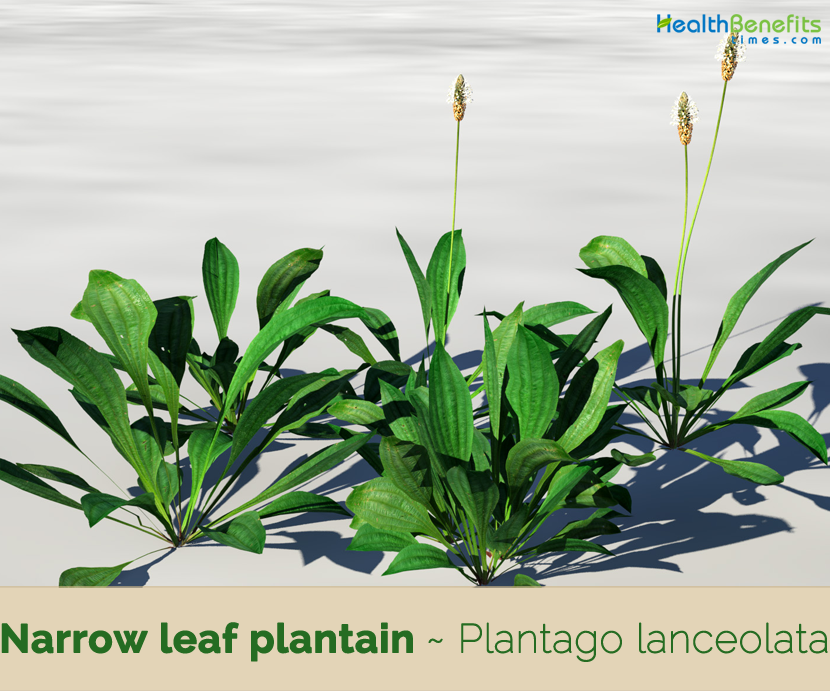 The genus name Plantago, derived from Latin “planta” (= foot sole, foot face) with the common suffix of plants “ago” refers in part to the flat, oval leaves of the plantain (P. major) lying closely on the ground in rosettes, on the other hand that the plantain is formed by being compressed by feet. The long-lanceolate and typical parallel leaves of the plantain are referred to in the epithet lanceolate (from the Latin “lanceolata” = small lance).

This herbaceous perennial plant consists of a rosette of basal leaves and one or more flowering stalks. The basal leaves are up to 10 inches long and ¾ inches wide, but more commonly about half this size. They are linear-elliptic and smooth along their margins, being broadest toward the middle and tapering toward their tips and the base of the rosette. There are 3-5 parallel veins along the length of each leaf. Leaves are gray-green to green and glabrous to sparsely hairy. There are usually a few hairs along the central vein on the underside of each leaf.

Inconspicuous flowers are densely packed in a cylindrical spike ½ to 3 inches long and about 1/3 inch wide, at the end of a long naked stem. The flowers open in a ring around the spike, starting at the bottom and progressing upwards, the stamens’ long filaments and large white tips (anthers) extended out about as far as the central column is wide. Spent flowers, sepals and bracts below the blooms are papery brown; buds above the blooms are gray-green. Rarely a spike contains only pistillate (female) flowers. Flowering normally takes place from April to August.

Each flower is replaced by a small seed capsule that is ovoid or oblongoid; it splits cleanly and evenly in the lower half to release 2 small seeds. Fruits are initially green turning to brown as they mature. Each seed is oblongoid, dark brown or black, 2-3 mm long and mucilaginous when wet and strongly depressed on one side. This plant spreads mostly by reseeding itself. The mass of 1000 seeds is 1-1.5 g.

Its mucilaginous seeds are used as a thickener in the cosmetics and ice-cream industries and as a gelling agent for tissue culture (cheaper than agar-agar). It may be grown as fodder and is considered to be of better quality than Plantago major.

Theophrastus, in the third century BC, cites the narrow leaf plantain among the wild vegetables sprouting in spring. Apart from describing many medicinal applications of the leaves and roots of both species, Dioscorides mentioned their consumption as cooked vegetables, with lentils. Some of these medicinal prescriptions include the consumption of the cooked leaves, being therefore described as a medicinal food. 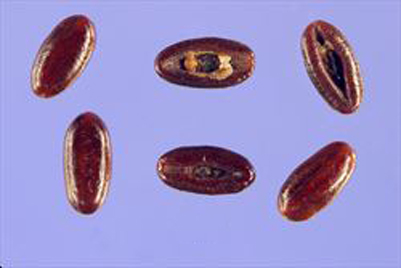 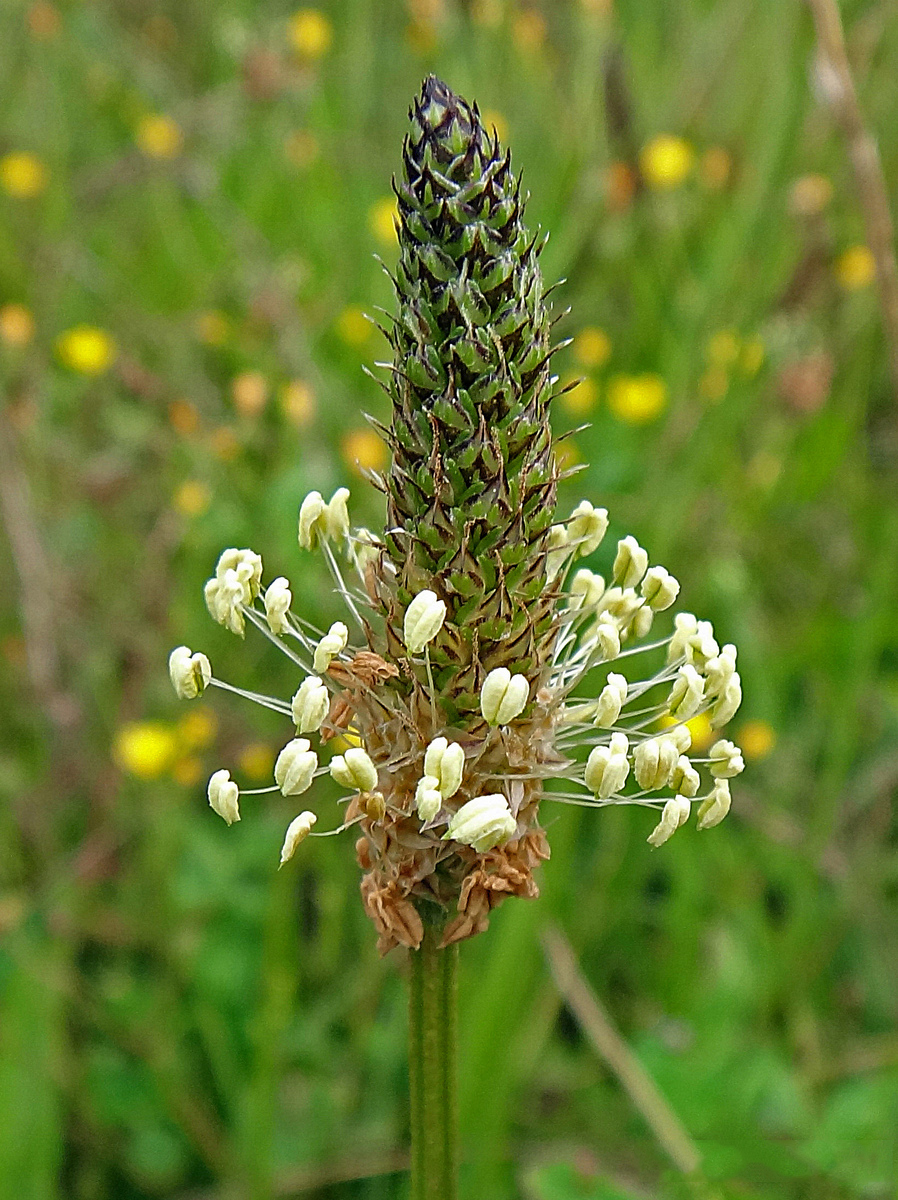 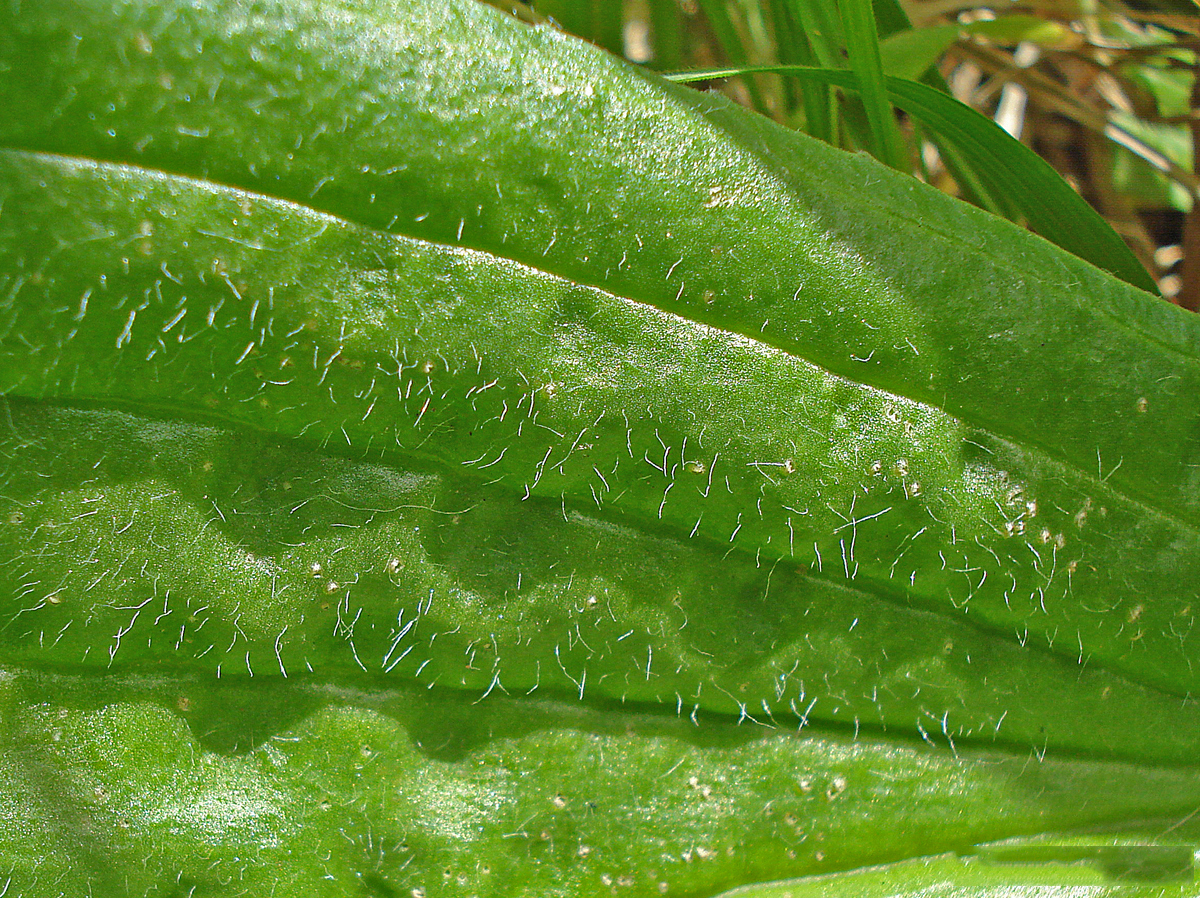 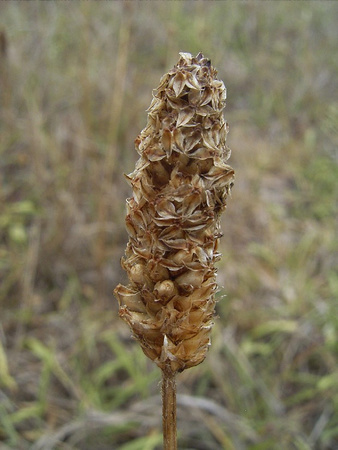 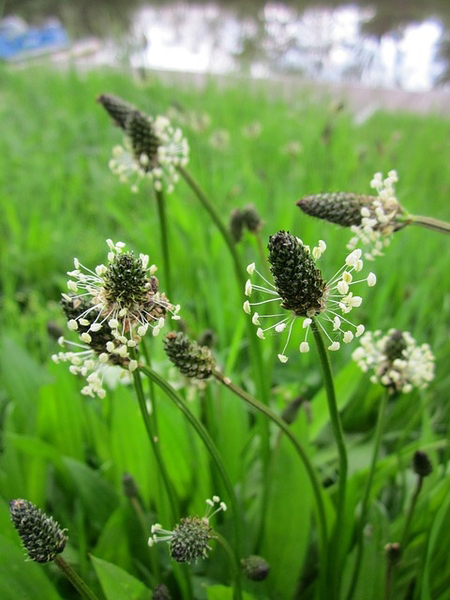 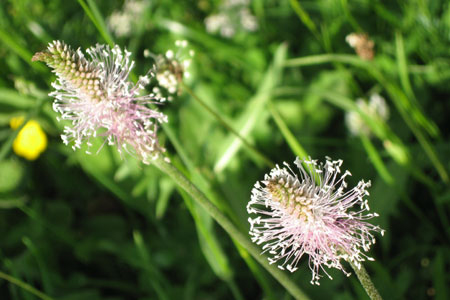 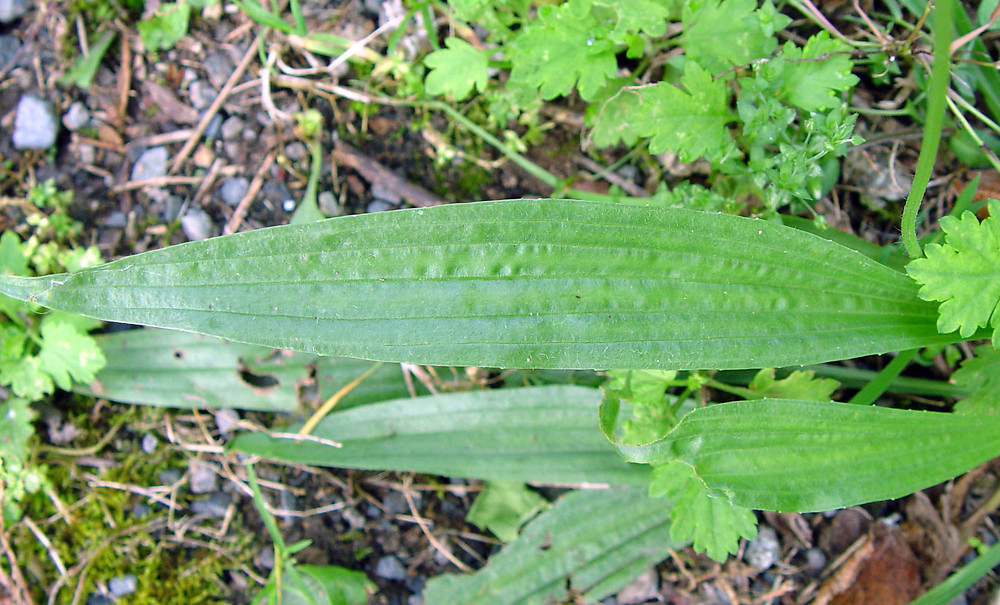 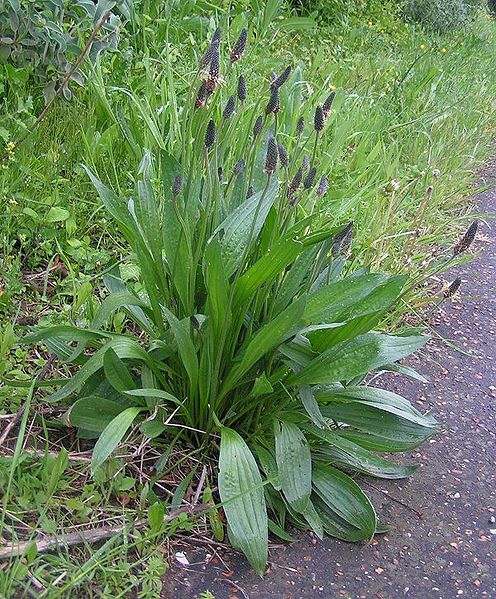 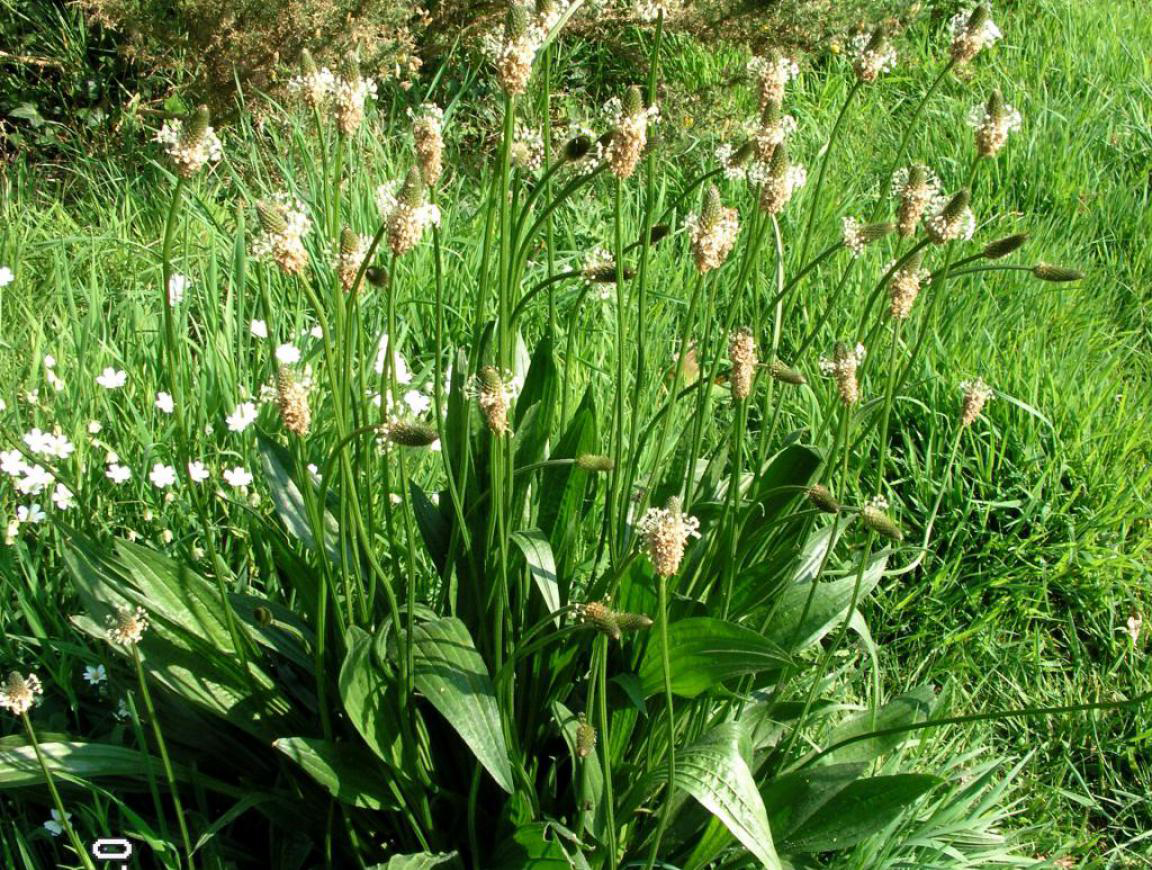 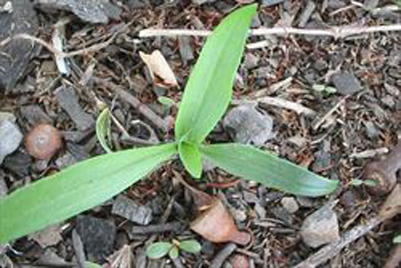 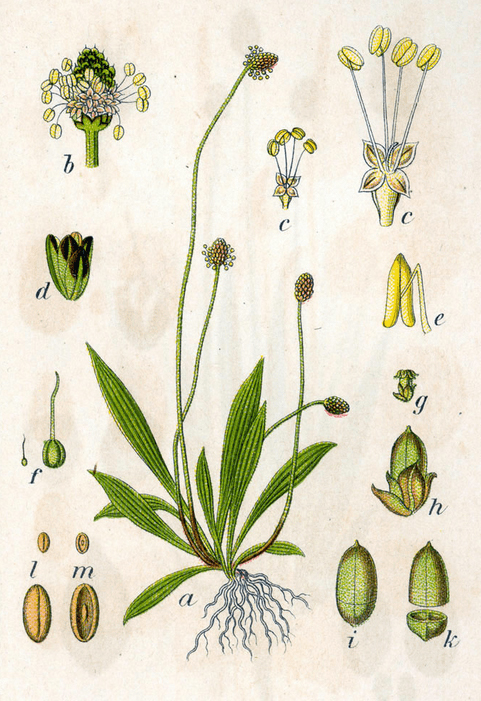 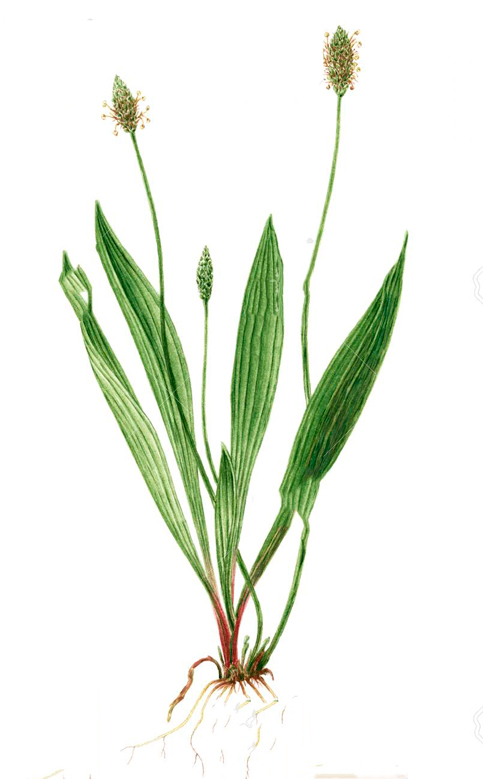