Trending
You are at:Home»Reviews»Natural Mouthwash vs Commercial Brands 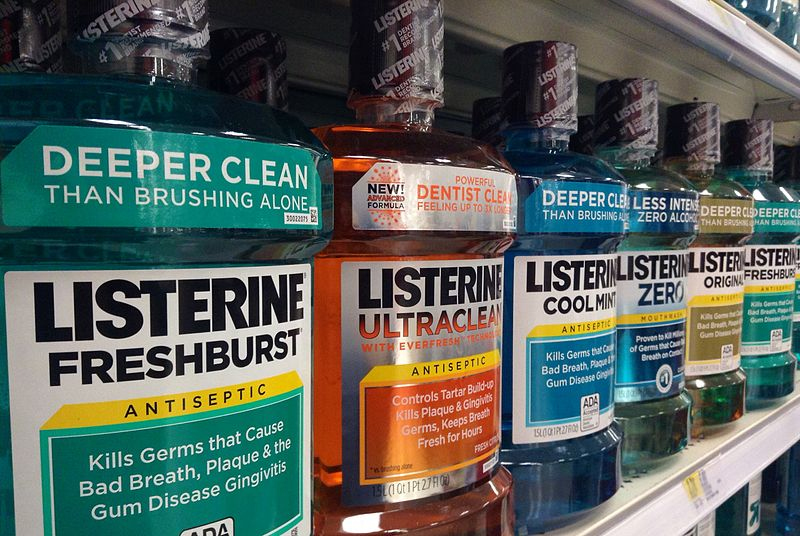 When it comes to modern hygiene, mouthwash is essential for oral health. However, it can be challenging to decide which products are the best for your mouth and wallet. To make matters worse, health experts are in a constant debate on whether or not commercially bought mouthwash is even good for our gums and teeth or effective enough to ward off gingivitis.

Let’s take a look at what products cause more harm than good, whether or not mouthwash works as it should, and if it’s wise to give up commercial brands for natural alternatives.

The Origins of Mouthwash

Humans have been using mouthwash for thousands of years. Evidence shows that saltwater rinses were used extensively in 2700 BC China to treat various gum diseases. Ancient Chinese dentists were correct because saltwater can kill bacteria in your mouth that could develop into gingivitis, a gum disease that affects the heart, and halitosis, or persistent bad breath.

The upper classes in Greek and Roman society also used a salt mixture but added vinegar and alum. Jewish practitioners, Europeans, Native North Americans, and Mesoamerican cultures all used some form of natural mouthwash that proved to be useful and effective.

Anton Van Leeuwenhoek, a famous 17th-century microscopist, invented what is considered “modern mouthwash.” He found that a mixture of vinegar and brandy could kill organisms sustained in water but not within the mouth. Although this solution was less effective, another chemist, Richard Seifert, patented a similar alcoholic-based recipe in 1892.

The most well-known commercial mouthwash, Listerine, wasn’t always sold as a mouthwash. Listerine, created in the 1870s, was used as an antiseptic and eventually as a floor cleaner. It wasn’t until the 1920’s that they promoted Listerine as a cure for bad breath.

Before that ad, most were unconcerned with the smell of their breath and were unaware of what halitosis even was. After the ad campaign, Listerine’s revenues rose from $115,000 to over $8 million, which established the brand as a mainstay in the oral hygiene sphere.

Natural mouthwash contains all the benefits that commercial brands have without the side effects and harmful agents. In fact, we would argue that commercial mouthwashes are ineffective, dangerous, and should be removed from your medicine cabinet immediately.

Here are ten reasons why natural mouthwash is perfect for your hygiene routine:

Natural mouthwashes are even more effective than they were thousands of years ago due to modern science, but if you’re still thinking of using commercial mouthwashes, read on.

The Problem with Commercial Mouthwashes

Why is Alcohol Dangerous in Mouthwash?

Alcohol is often added to commercial mouthwashes because it’s used as a carrier agent for active ingredients like eucalyptol, thymol, and menthol, which help penetrate plaque. Alcohol is also used to create that “bite” sensation that people associate with mouthwash as it makes the user feel their bacteria is dying on their gums.

Some studies suggest alcohol can cause oral cancer, but an epidemiological study (studies that compare finished studies) shows that the results are inconclusive. It’s unlikely swishing with alcohol causes cancer, but it can worsen halitosis as bacteria multiplies faster in dry mouths.

Although there are alcohol-free mouthwashes available, you should still pass up most commercial brands for natural alternatives. Listerine and Scope contain ingredients that make them shelf-stable, like acidic stabilizing agents that are terrible for your teeth. Acids can rot away at the tooth enamel and weaken your teeth, making them susceptible to decay.

Are Natural Alternatives Safer? Not Necessarily

DIY mouthwash isn’t always safe, so beware of recipes that contain the highly reactive substance hydrogen peroxide (if you want to swish your mouth daily) or essential oils. It’s better to leave chemical composition up to the professionals, or you could put your health at risk.

Misusing mouthwash could create dental issues, so be aware of the following.

The right natural mouthwash will benefit your brushing regiment without killing good bacteria.