Trending
You are at:Home»Facts»Nutrition For Two: Breastfeeding, Maternal Diet, And More 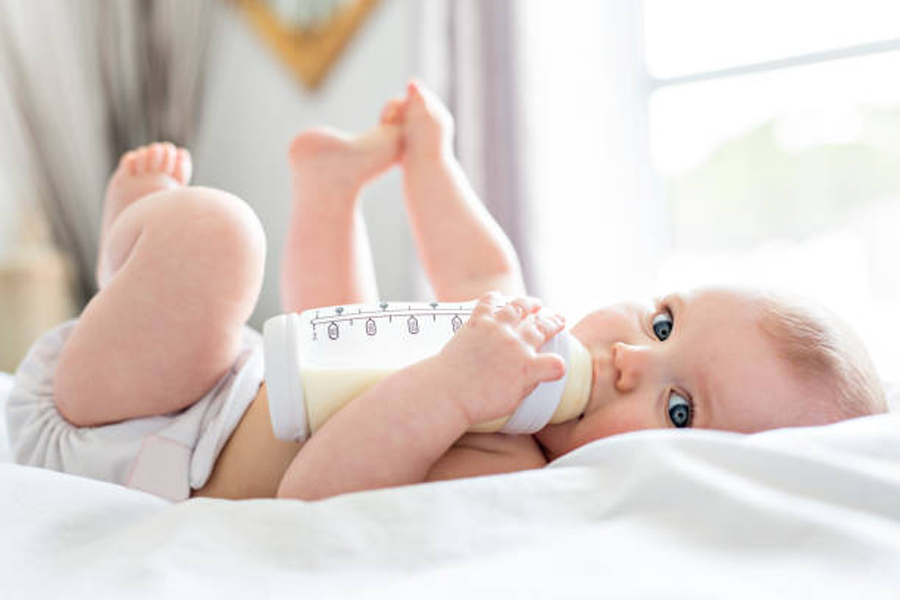 Despite the prominence of the eating for two philosophy in conversations about pregnancy, people rarely talk about the nutritional needs of breastfeeding mothers. After pregnancy, breastfeeding mothers typically continue to need that added 300 to 500 calories depending on whether you’re supplementing with formula, overall milk supply, and other factors – and even so, most mothers will lose weight while breastfeeding. Most importantly, increasing your caloric intake isn’t enough if you aren’t getting the proper nutrients.

Given the pressure placed on mother’s to breastfeed, it’s easy to assume that breastmilk is the perfect food, entirely nutritionally complete, and while this is true in many ways, it’s not totally accurate. For example, it’s easier for infants to absorb important nutrients like folate and B12 when consuming breastmilk compared to formula because breastmilk contains natural binding factors. On the other hand, breastmilk typically doesn’t contain enough of vitamins D and K, so infants should be supplemented for these particular vitamins, which typically isn’t necessary with formula feeding.

It’s not just baby who should take supplements when breastfeeding – mothers may need to take supplements as well. While your doctor can evaluate your particular needs, most Americans are at least mildly vitamin D deficient, so you may also require a vitamin D supplement. Additionally, many mothers benefit from B12 and omega-3 supplementation, depending on other dietary factors.

What To Eat, What Not To Eat

If you thought there were a lot of rules about what you should and shouldn’t eat during pregnancy, you’ll be relieved to discover that many of these restrictions go away once you give birth. Still, they don’t disappear entirely, and it’s still important that you eat a healthy, balanced diet.

Among the most common rules you’ll hear about breastfeeding and diet are those surrounding caffeine and alcohol consumption, and while there’s some truth to these, they aren’t nearly as worrisome as some might lead you to believe. Unlike during pregnancy, during which your baby is receiving nutrients directly from your bloodstream and thus exposed to everything you consume, anything you take in now will be substantially diluted. That means you don’t have to be too worried about having a cup or two of coffee or other caffeinated beverages per day, unless you notice it’s having negative effects on your infant, such as irritability or difficulty sleeping; the amount of caffeine that actually gets into your breastmilk is unlikely to be too significant.

Alcohol consumption tends to be a major concern for nursing mothers, but like caffeine, it’s not likely to be nearly as serious of a concern as you think it is. As for “pumping and dumping” – getting rid of the milk in your system from just after drinking, rather than feeding it to your infant – don’t bother. If there’s alcohol in your blood, there’s alcohol in your milk, but if you’re having a single drink and can wait about two hours to nurse, you can just proceed normally. In fact, the bigger concern about alcohol consumption and breastfeeding is that alcohol can interfere with milk production and let-down.

It’s clear from the above that breastfeeding is an act of immense care and nurturance between mother and child and that mothers need to take good care of themselves in order to best feed their babies. One thing that makes all of this worthwhile, though, is the fact that the benefits of breastfeeding last long after nursing ends.

Babies who are breastfed have a lower risk of many health problems, including infant-specific issues like SIDS and necrotizing enterocolitis, a sometimes deadly intestinal issue that’s most common in premature infants, as well as complaints that typically arise later in life, such as obesity and type 1 diabetes. Mom benefits, too, as breastfeeding can lower your lifetime risk of heart disease, type 2 diabetes, and some cancers.

Besides managing your caffeine and alcohol intake, are there any other foods you should avoid while breastfeeding? In general, the answer is no, but there are a few exceptions. Babies may have food intolerances, which may manifest as fussiness whenever you eat certain foods. This can take time to determine, in comparison to true food allergies or sensitivities and allergies that emerge once your child has begun eating solid foods. If you do notice that your infant is showing signs of distress after feeding, you may need to experiment with your diet to see what is triggering the problems.

Another food you should be cautious about consuming while breastfeeding is fish, and not all fish are created equal. In fact, eating fish is, in general, good for you and beneficial for your baby because it’s can be a good source of omega-3s and lean protein. However, it’s important to be careful when eating types of fish that are high in mercury, especially swordfish, king mackerel, tilefish.

No One “Right” Way

While the WHO and many other health organizations recommend breastfeeding exclusively for the first 6 months to maximize the benefits to your child, it’s important to remember that there’s no one right way to feed your child and that making sure they’re fed is what’s truly best. Some children and mothers can’t breastfeed for various reasons or can only breastfeed supplementally, while primarily formula feeding. On the other hand, some families engage in child-led weaning, in which children may nurse part-time through their toddler years and even beyond that, though this is uncommon. Even in child-led weaning, many children will wean shortly after the first year.

Every family has its own challenges when it comes to breastfeeding, but overall it’s a rewarding and wonderful part of infancy. Don’t be discouraged if you find it difficult at first and don’t be afraid to ask for help. With the right support and guidance, most families can be successful at breastfeeding, especially for a few months.