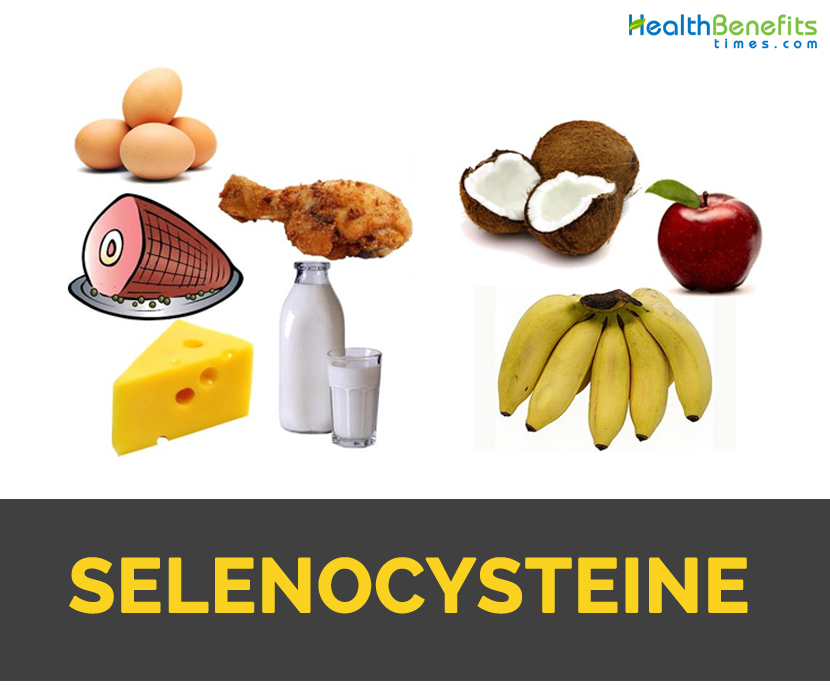 Selenocysteine is a biological active form of element present in selenoproteins. The selenol is largely ionized at physiologic pH and is considered to be a strong nucleophile in comparison to thiol of cysteine.  The chemical properties provide catalytic function in selenoenzymes. It contains selenium obligated covalently to two carbon atoms. The selenium is armored and not chemically active as selenium in selenocysteine. It is distributed non-specifically in methionine pool. Selenocysteine is integrated into peptide backbone of selenoproteins containing selenium in form of selenol and referred as twenty first amino acid. Selenocysteine has standard amino acid symbols such as Sec (three letters) or U (one letter). Selenocysteine is found in various enzymes such as glutathione peroxidases, thioredoxin reductases, tetraiodothyronine 5′ deiodinases, glycine reductases, formate dehydrogenases, methionine-R-sulfoxide reductase B1 (SEPX1), selenophosphate synthetase 2, and some hydrogenases. Proteins with more than one selenocysteine residues are known as selenoprotein.

Food sources of selenocysteine are: