Trending
You are at:Home»Facts»Olympic Weights: Everything You Need to Know 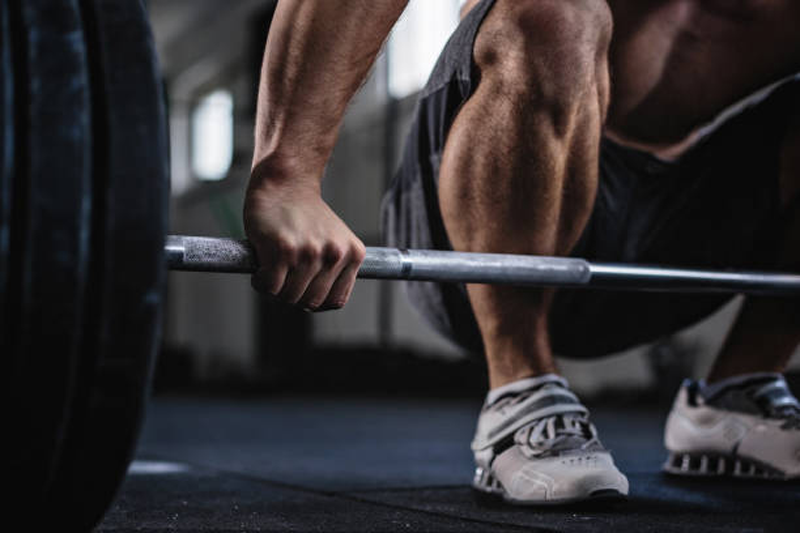 If you’re considering using barbells for the first time, they probably all look somewhat the same, consisting of a metal bar with weight plates attached to each end. But the truth is that there are different types of weights to choose from, including standard weights and Olympic weights.

The weights that you use can have a big impact on your workout, so it’s important to make the right decision. Olympic weights are very different from standard weights in a number of ways, so here’s a guide to everything you need to know before you start using them.

The classic barbells you’ll see in most commercial gyms anywhere in the world are called standard weights or standard bars. These are the basic barbells that most people will get started with, and they are ideal for beginners and anyone who is taking their weightlifting fairly seriously but is not seeking huge gains.

Olympic plates, or Olympic weights, are different. They have a much stronger weight capacity, and after you have got what you want from standard weights, these are the next step up.

If you look closely, you can see that these two types of barbells differ in appearance. Standard barbells are usually up to about 6 feet in length, and they tend to weigh between 15 lbs and 25 lbs.

Standard bars also have a diameter of 1 inch (25 mm) at the ends, and they are designed to use standard weight plates, which have holes that measure one inch in diameter.

They have a smaller load capacity than Olympic bars of between 100 lbs and 200 lbs, and they are often used for aerobics classes and HIIT training as well as standard weight training.

Olympic bars are longer than standard bars. They measure up to seven feet long, and they weigh about 45 lbs. They are also stronger and more durable, but they take up more space.

The bars have a larger 2-inch diameter (50 mm) at the ends, but in the centre the diameter varies, often based on the manufacturer, and this affects the amount of weight that it can hold. They use Olympic weight plates, which also have two-inch holes.

One of the other big differences with Olympic barbells is that they have rotating sleeves. This reduces the torque that the plates create and provides a more secure grip while helping to reduce the amount of stress placed on your wrists.

While Olympic weights are their own category, you’ll also find that there are various types of Olympic plates that you can find. These include:

As you start using Olympic weights more, you may want to start experimenting with some of these alternative options to get more from your workout.

Pros and Cons of Olympic Weights

Before looking at the pros and cons of Olympic weights, it’s important to consider why you might want to start with standard weights when you first begin weight training.

Standard weights have a number of benefits for beginners. They are not as intimidating, and they are also more affordable, which makes them a suitable option if you are just starting out and don’t know whether weightlifting is really for you.

They are also shorter and lighter than Olympic bars, which makes them easier to store. This makes them particularly suitable if you are building your home gym.

As for Olympic weights, here are some of the main advantages:

One of the primary advantages of using Olympic barbells is that they can take heavier weights. Their design means they can be loaded with heavier weight plates, and this is great if your goal is to build more strength.

Another big advantage of Olympic bars is that they have rotating ends, or sleeves, which provides a smoother lift.

With these rotating sleeves, the bar spins inside the weight, which reduces or completely eliminates the torque. This is important when you are making faster movements and require a quick rotation of the bar. It is also useful for certain exercises like squats where your grip has to rotate a bit, and it helps to reduce strain and injury.

Olympic bars are made to higher standards and they are designed to be stronger and more durable than standard weights.

With standard weights, you will notice that they flex quite a lot when you load them up with about 200 lbs. And if you use heavier loads, the bars can bend permanently.

The maximum weight load for Olympic bars is about 1,650 lbs (750 kg). They may bend slightly, but they will return to the straight position because the quality of the steel is better.

Because of their extra thickness, Olympic weights are more stable, making it easier, more convenient and safer to load plates.

As mentioned earlier, you have lots of options for types of weight plates when you use Olympic weights. Bumper plates, made from rubber, can be dropped without damaging the floor, and rubber-coated plates help to reduce rust.

Try Out Olympic Weights Yourself

Olympic weights are a great option for anyone who wants to take their powerlifting to the next level and build some serious mass. If you’re just starting out, however, standard weights are the best place to begin. These will allow you to slowly build your strength and get used to weightlifting, then you can make the switch when you are ready.

It all depends on your goals, but if you want to build more strength over time, there’s a good chance you will want to switch to Olympic weights at some point.