Trending
You are at:Home»Facts»Overhead Press: Features, Muscles Worked And The Correct Technique 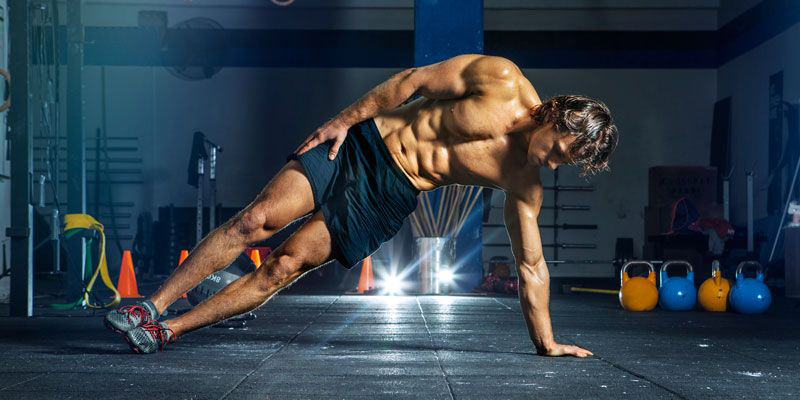 In bodybuilding, the army barbell press is considered not only one of the most useful basic exercises, but also the best choice for building a powerful shoulder girdle. The movement involves a huge amount of muscle fibers and allows you to constantly progress. The bench press requires careful observance of the correct technique for performing and understanding the mechanics of the exercise itself. In this article, we will consider not only all the nuances and options of the military press but also the main technical features and rules of this exercise.

The benefits and features of shoulder to overhead press

It’s worth starting with the fact that this exercise has many names, but all of them mean only one movement. Military press, lifting the bar above your head, bench press, this is not all the options that can be found. Nevertheless, the essence of this movement is always the same – lifting weight over your head. If we talk about the benefits, then among the main advantages of the exercise should be noted:

If you want to have powerful and broad shoulders, as well as steadily increase strength indicators, the military press should be the main movement. Most often, it should be included in the first half of the shoulder training or immediately after warming up, until the muscles are tired and you can take maximum weight. To alternate the load, there are various execution techniques, and also use dumbbells or weights instead of the barbell.

It is important to note that exercise requires strict adherence to the correct technique. The movement is quite traumatic, because when neglected, you can not only make it ineffective, but also get various injuries. In general, injury due to working with free weights is the only drawback and minus of the exercise.

People with back problems should use the bench press very carefully. Most often, in this case, a recommendation from a doctor will be required. Exercise creates a strong compression load on the vertebrae and with hernias, protrusions, or instability, it is better to make less dangerous options in a sitting position.

If this movement is done correctly, then almost the entire upper body will be included in the work. This classifies the exercise as the most useful basic movement for developing the shoulders, arms, chest, and other muscles. If we talk about which muscles work the most, then it is worth highlighting:

Indirect load falls on the muscles of the core, as well as extensors of the back. Some tricks allow you to almost completely remove the load from the back. To do this, do the bench press. This way you can better focus on the work of deltas and avoid inertia. The fact is that in a standing position, especially when the arms are raised up or holding the weight in the initial position (at the level of the shoulders and collarbone), a lot of stabilizing muscles are used to stabilize the body. This increases overall functional training well and is generally useful, but not when the main task is to work out shoulders. Therefore, many athletes often alternate bench press while standing and sitting, even within the same training session. The only exception, which, although performed quite often, does not bring almost any benefit, is the movement in Smith machine. In this machine, the bar moves at a clearly defined amplitude, which is why people with long or short arms may have a distorted performance technique. This will contribute to the inversion of the joints, which will not only not be beneficial, but also greatly slow down the progression.

Technique and types of the press: barbell and dumbbell military press

The classic military press is performed while standing, although this is far from the only technique. The following options for performing the exercise are no less effective, and in some cases even more useful (for example, with problems with the back or lower back):

The most important technical point is the straightening of the hands. Regardless of the technique, it is strictly forbidden to fully straighten your arms at the top point. Important moment: fitgid.net – incline crunch workout – read this article now! Firstly, it will reduce muscle tension and make movement less effective. Secondly, it will additionally load the joint, which in the future can lead to negative consequences or even injuries. To do this exercise correctly, you need to learn the classic technique:

If you decide to replace the barbell with dumbbells, the technique will be the same. The only exception will be that dumbbells need to be thrown to the chest. To do this, take your hands back, swing forward and up, and then sit a little under the dumbbells.

It is very important to consider proper breathing. Inhalation is carried out while lowering the weight from the upper point to the chest. Exhale – during the lifting of the bar, but only after the hands began to move up (approximately when the bar is at the level of the nose).

It is also worth remembering the basic rules and mistakes that should not be allowed: 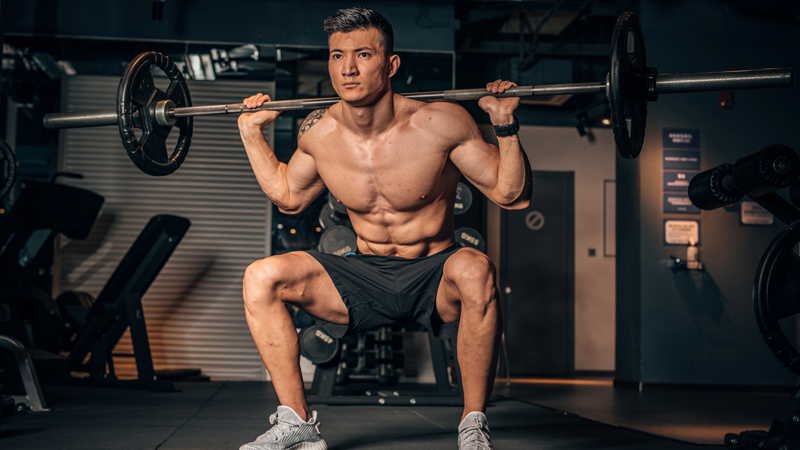 The military press is a rather dangerous exercise, where you can easily get injured. It is very important to do it only after a quality workout, especially if the bench press is the first exercise in training. It is also important to lift without jerking, and when lowering the barbell on the chest, do not drop the weight. The vulture should lie on the collarbone, but if it causes pain or discomfort, you can slightly shift the barbell to the top of the chest. You can do it with dumbbells, kettlebells, although the classic variation is performed with a barbell.