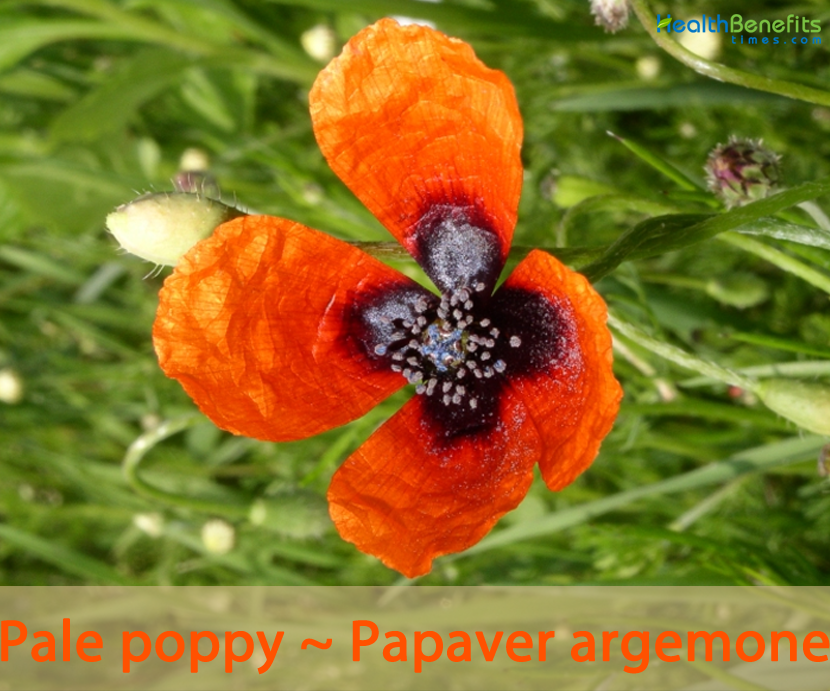 Papaver argemone commonly known as Pale poppy is a species of flowering plant in the poppy family Papaveraceae. The plant is native to temperate regions of North Africa, Europe and Western Asia including Macaronesia, Canary Islands, Algeria, Egypt and Morocco. Within Western Asia it is found in the Caucasus, Armenia, Cyprus, Egypt (in the Sinai), Iran, Iraq, Israel, Jordan, Lebanon, Syria and Turkey. In Eastern Europe, it is found within Belarus, Estonia, Latvia, Lithuania, Moldova and Ukraine. In middle Europe, it is in Austria, Belgium, Germany, Hungary, Netherlands, Poland, Slovakia and Switzerland.  It has been introduced into the American states of Idaho, Oregon, Pennsylvania and Utah. It is cultivated as an ornamental plant. Its common names include long pricklyhead poppy, prickly poppy and pale poppy. It is commonly known as Long prickly-headed poppy, Pale poppy, Prickly poppy, Sand poppy, Long-Headed Bristly Poppy, Pale rough fruit poppy and Pinnate poppy. It is known as Sand-Mohn in German, spikvallmo in Swedish, and amapola macho in Spanish.

Pale poppy is an annual or biennial herb that normally grows about 10–50 cm tall. The plant is found growing in fields and disturbed soils (including ploughed), mesic to dry waste places. The plant prefers a well-drained sandy loam in a sunny position. It does not do well on wet clay soils but succeeds in most other soils. Plants usually self-sow freely when growing in suitable conditions so long as the soil surface is disturbed. Its 15–50 cm (5.9–19.7 in) long, branching stems are ascending to erect, simple or more usually branched and are coated in stiff prickly hairs.

Basal leaves are numerous, oblanceolate, divided into 2-3 pairs of primary lateral lobes which are again divided, long-stalked, stiff-hairy, 8-15 cm long. Stem leaves are similar, not much reduced above.

Inflorescence of solitary, terminal, erect flowers and buds nodding. Flower stalks are stiff-hairy. The flowers have four slightly overlapping red petals, each with a dark base. They can measure 2–5.5 cm (0.79–2.17 in) across, with pale blue anthers and 4-6 stigmas. Flowering normally takes place in spring to summer, between May and July. 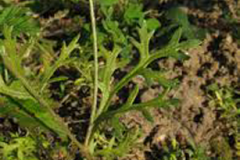 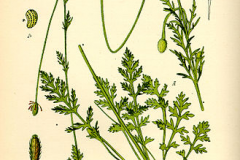 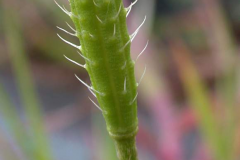 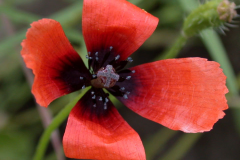 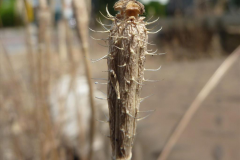 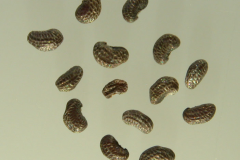 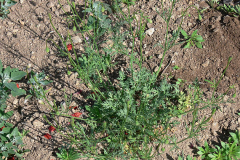 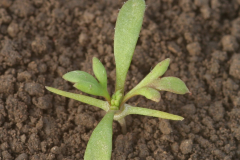 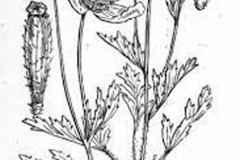 Fertile flowers are followed by oblong-obovoid to club-shaped seed capsules about 1.5-2 cm long. They are prominently ribbed, covered with stiff bristles.