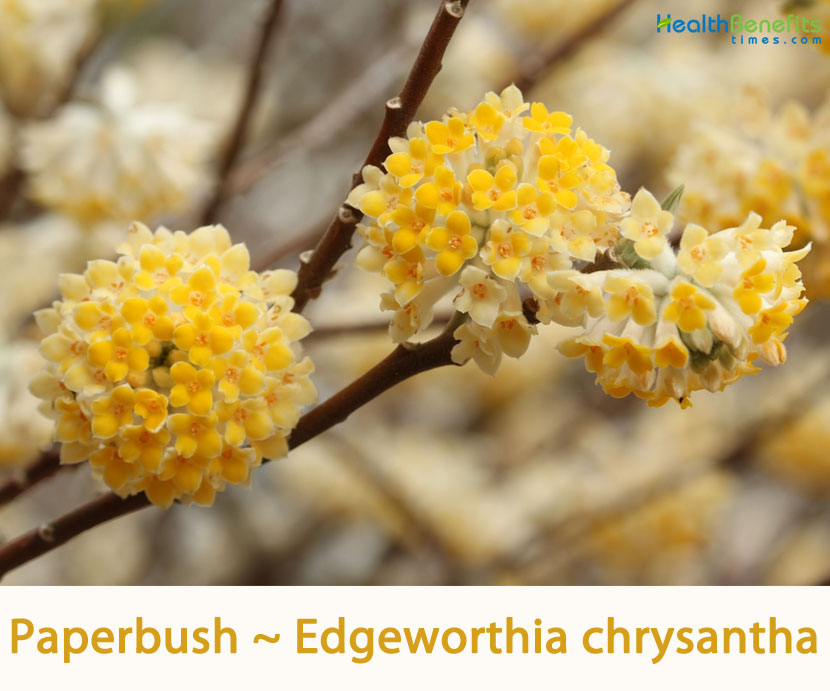 Edgeworthia chrysantha commonly known as Paperbush is a species of the daphne family (Thymelaeaceae). The plant is native to Chinese provinces of Fujian, Guangdong, Guangxi, Guizhou, Henan, Hunan, Jiangxi, Yunnan, and Zhejiang and was probably introduced to Korea and Japan where it has been cultivated since the late 16th century. Giant leaf paper plant, Chinese paper bush, oriental paper bush, yellow Daphne, Indian paper tree, mitsumata or simply paper bush are some of the popular common names of the plant.

The genus was named in honor of Michael Pakenham Edgeworth (1812–1881), an Irish-born Victorian era amateur botanist, who worked for the East India Company, and for his sister, writer Maria Edgeworth. The species name chrysantha is derived from the Greek chrysos meaning ‘golden’ and ‘anthos’ meaning flower, due to the gold colored flowers. Inner bark can be used to make quality paper as indicated by the common name of paperbush. Plants are widely cultivated in Japan for use in making the paper used in the production of Japanese banknotes.

Some confusion currently exists in regard to the nomenclature for this plant. Some experts believe that Edgeworthia chrysantha (specific epithet refers to golden flowers) and Edgeworthia papyrifera (specific epithet refers to paper producing bark) are synonyms. Both were submitted for publication about the same time in the mid-1800s, but the former was slightly prior in time to the latter. Assuming these plants are synonyms, the preferred name should be Edgeworthia chrysantha based upon the general rule that first-in-time prevails. On the other hand, some confusion still exists because The Plant List currently lists both of these species as synonyms of Edgeworthia tomentosa.

Paperbush is a small to medium-sized, beautiful, broadleaf, winter-flowering, scented, deciduous shrub that normally grows about 3- to 4-feet tall and as much as 4- to 6-feet across. The plant is found growing in forests, shrubby slopes and dry sandy soil from coastal areas to stream sides in mountain valleys. The plant thrives in moist, acidic soil that is well-drained and rich in organic matter. Their long bast fibers are used to make Japanese paper.

The leaves fall off before flowering. The alternate arranged at the ends of the branches leaves are stalked short. The simple leaf blade is elongated, lanceolate or obscure lanceolate with a length of 8 to 20 cm and a width of 2.5 to 5.5 cm with a gradually narrowing blade base and a pointed upper end. Both leaf surfaces are whitish silky hairy, denser on the underside. The 10 to 13 pairs of lateral nerves are thin and curved and hairy with downy hair. 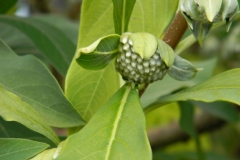 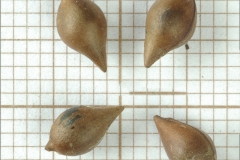 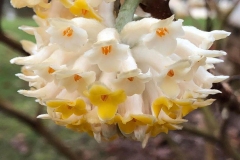 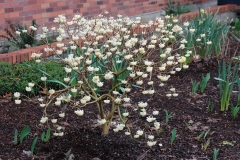 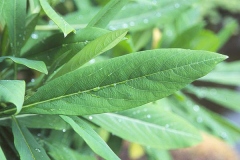 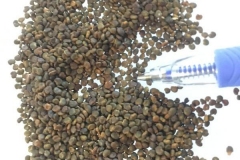 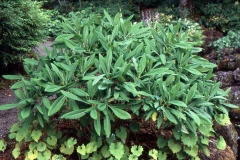 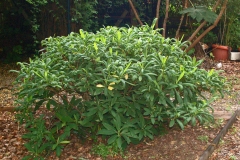 The flowering time at the natural sites in China extends from late winter to early spring. The 1 to 2 cm long inflorescence stem is grayish-white rough haired. The terminal and lateral, capid inflorescences contain 30 to 50 flowers. The approximately ten bracts are finely hairy.

The stalked, fragrant, hermaphrodite flowers are radial symmetry and four-fold. The four sepals are fused Roehrig. The calyx tube, yellow on the inside and thickly white silky haired on the outside, has a length of 13 to 20 mm and a diameter of 4 to 5 mm. The four calyx lobes are ovate-lanceolate with a length of about 3.5 mm and a width of about 3 mm. There are no petals, not even rudimentary. There are two circles with four stamens each. The anthers are almost egg-shaped with a length of about 2 mm. The flat, cup-shaped disc has irregular edges. The above constant, unilocular ovary is mm and a length of about 4 and a width of about 2 mm oval with silky hairy upper end. The bald, about 2 mm long stylus ends in a spherical scar with a diameter of about 3 mm. Flowering normally takes place in between February to April.

The base of the fruit is enclosed in the durable cup. The ellipsoidal stone fruit with a length of about 8 mm and a diameter of about 3.5 mm has a downy hairy upper end. The fruits ripen between spring and summer.

Traditional uses and benefits of Paperbush