Trending
You are at:Home»Health & Beauty»Protein requirements of physically active peoples 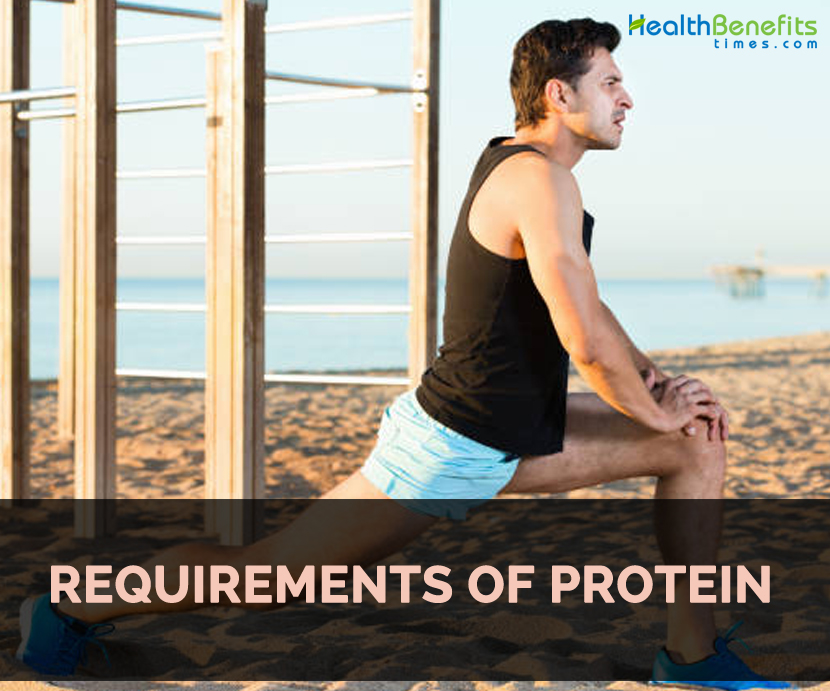 A discussion of protein requirements must include the assumption of adequate energy intake to match added physical activity needs. If energy intake falls below total energy expended during intense training, even augmented protein intake above recommended values may fail to maintain nitrogen balance. This holds true because a disproportionate quantity of dietary protein catabolizes to balance an energy deficit rather than augment tissue maintenance and muscle development.

The common practice among weightlifters, bodybuilders, and other power athletes who consume liquids, powders, or pills made of predigested protein represents a waste of money and actually may be counterproductive to achieve the intended outcome. For example, many preparations contain proteins predigested to simple amino acids through chemical action performed in the laboratory. Simple amino acids do not absorb more easily or facilitate muscle growth compared with amino acids found in food. The small intestine absorbs amino acids rapidly when part of more complex dipeptide and tripeptide molecules in foods. The intestinal tract handles proteins effectively in their more complex form. In contrast, a concentrated amino acid solution draws water into the small intestine, which in susceptible individuals can cause irritation, cramping, and diarrhea. It is worth restating that products marketed in interstate commerce for the prevention or treatment of diseases or conditions (as, for example, protein extracts designed to “cure” muscle wasting, or “build up” deficient muscle mass) are subject to federal regulations and may constitute a crime.

Inadequate protein intake can reduce the body’s protein components, particularly from muscle, with concomitant impaired performance. If athletes do require additional protein, then more than likely their increased food intake would compensate for training’s increased energy expenditure. Nonetheless, this may not occur in athletes with poor nutritional habits or who voluntarily restrict food consumption (dieting) and reduce their energy intake to hopefully gain a competitive advantage.

Much of the current understanding of protein dynamics and physical activity comes from studies that expand the classic method of determining protein breakdown through urea excretion. The output of “labeled” CO2 from amino acids, either injected or ingested, increases during physical activity in proportion to the metabolic rate. As exertion level increases, plasma urea concentration also increases, coupled with a dramatic increase in nitrogen excretion in sweat without substantially altering urinary nitrogen excretion. The sweat mechanism helps to excrete nitrogen produced from protein breakdown during physical activity. Furthermore, plasma and intracellular amino acid oxidation increases significantly during moderate activity independent of changes in urea production. Protein use for energy reaches its highest level when subjects exercise in a glycogen-depleted state. This emphasizes the important role of carbohydrate as a protein sparer, meaning that carbohydrate availability impacts the demand on protein “reserves” during physical activity. Protein breakdown and accompanying gluconeogenesis undoubtedly become important factors in endurance activity and frequent intense training when glycogen reserves diminish. Eating a high-carbohydrate diet with adequate energy intake preserves muscle protein during intense training for protracted durations.

We recommend that athletes who train intensely on a daily basis consume between 1.2 and 1.8 gram of protein per kilogram body mass, and not more than 2.0 gram per kilogram body mass. This protein intake falls within the range typically consumed by physically active men and women, obviating the need to consume over-the-counter protein supplements. With adequate protein intake, consuming additional animal sources of protein does not facilitate muscle strength or size gains with resistance training compared with protein intake from plant sources.

The unfortunate reality for individuals who consume significant quantities of “excess” protein in the form of powders and liquids relates to the fact that an excess of protein intake converts to either carbohydrate or lipid. So instead of putting the extra protein to use in anabolic processes to build muscle mass, as many sports enthusiasts believe, much of the excess simply adds to the person’s total body fat content!