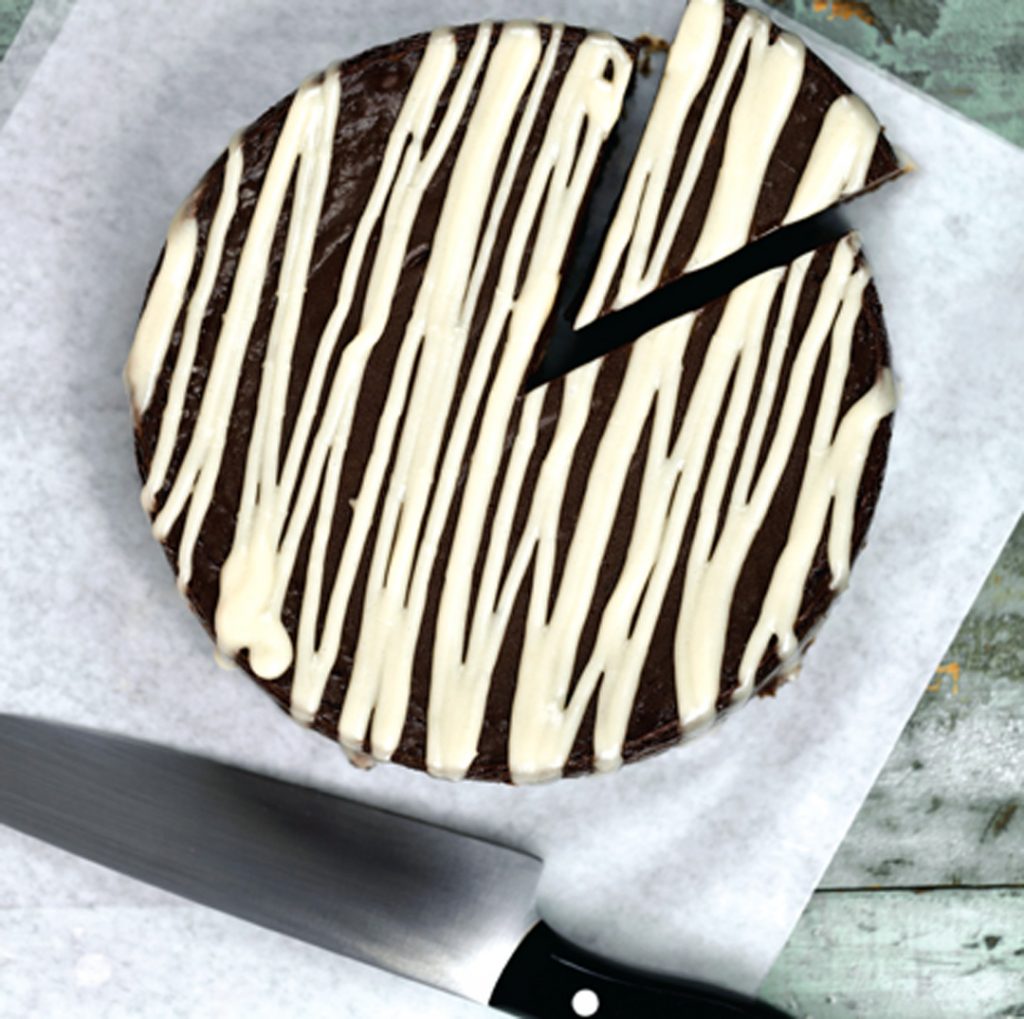 The first time I test-baked this cheesecake at the bakery, the staff were enchanted. It’s rich and thick like a true cheesecake should be and, somehow, the crust made out of the chocolate chip cookies tastes almost like a toffee chocolate bar. Of course, you could also use our Double Chocolate-Chip Cookies for the crust and it would be equally delicious, not to mention that you would be able to boast about having made a double chocolate cheesecake (or would it be a triple?). There are quite a few combinations possible here to motivate you to make this chocolate wonder time and again.

Crust
Filling
How to Make It

For the crust For the filling