Trending
You are at:Home»Foods»Agave nectar 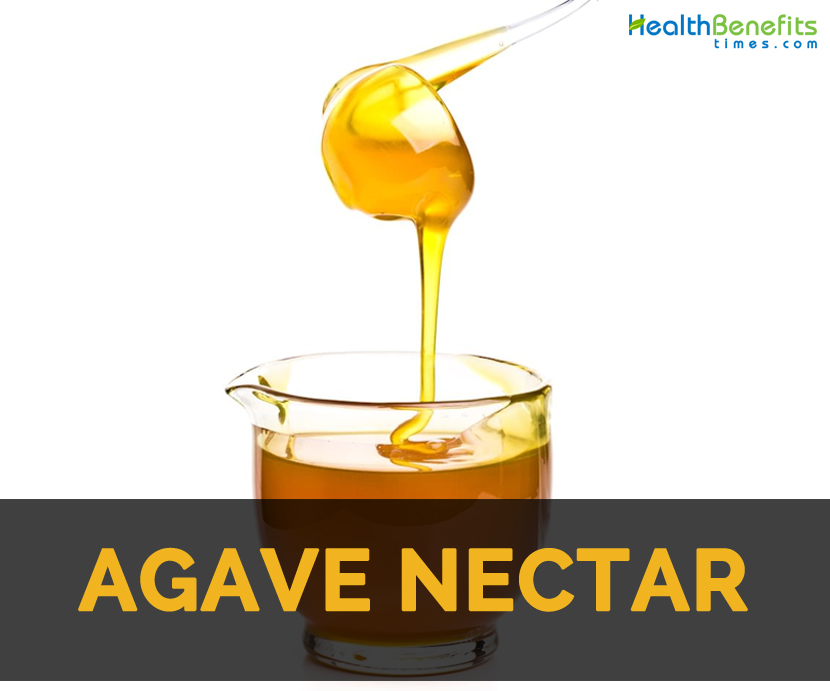 Agave is a rosette of leathery succulent leaves which ranges more than 2.5 meters long that depends on species. The spines are found along edges and tip of the leaf. Leaves are pale green to blue-grey that could be striped or variegated. Most of the species reproduce vegetatively and creates clonal rosettes at the base of main stem or by underground rhizomes. Some species might produce bulbils on inflorescence. Generally the plants are monocarpic which means each rosette dies after flowering and fruiting. This plant has the lifespan of 30 years. Flowers are red, pale green, yellow which are borne in tall branching or unbranching inflorescences which measures 9 meters high in some species. The flower consists of an inferior ovary and six petals and produce abundant amounts of nectar. The pollination is done by insects such as hawk moths and bees, bats or birds which depend on species. Flowers are then replaced by capsule fruits.

Agave is 1 ½ times sweeter in comparison to regular sugar and possesses about 60 calories per tablespoon which resembles 20 calories more than same amount of table sugar. It also contains fructose as carbohydrate determining sweetening properties. Agave syrup is produced by cutting off the leaves of A. tequilana and Agave Americana plants after grown for seven to fourteen years. Then juice is extracted from core of agave known as piña. The juice is filtered and heated in order to break polysaccharides into simple sugars. Fructan, a polymer of fructose molecules, is the main polysaccharide. The filtered juice is concentrated to syrupy liquid but is slightly thinner in comparison to honey. The color of Agave nectar varies from light to dark amber that depends on degree of processing.

Agave nectar is regarded as a natural alternative to artificial sweeteners and refined sugars. Leaves produce sap that resembles honey. Due to its thin consistency, it is served as a topping for pancakes, fruit salads and ice cream. It could also be used as a replacement of sugar in baked recipes.

Substitute Agave Nectar for Other Sweeteners

Use ½ as much agave, and increase other liquids in the recipe by up to 1/3 of a cup.