Trending
You are at:Home»Foods»Ice cream 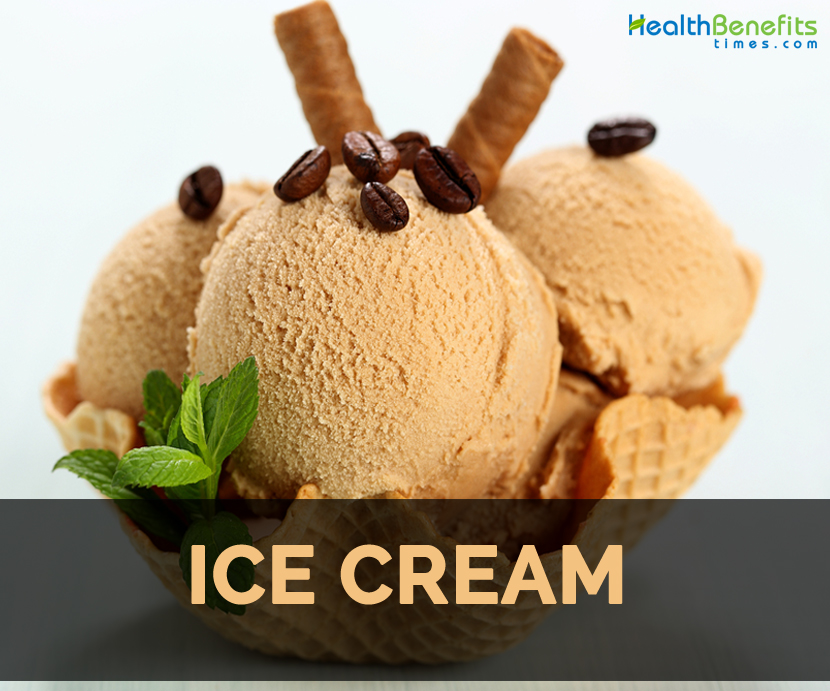 Ice cream is the frozen food which is mostly consumed as a dessert. It is made with the use of cream and milk or fruits and flavoring agents. Sugar or artificial sweeteners are used to sweeten ice cream. Colorings, flavorings and stabilizers are also used. The mixture is whisked to combine air spaces and cooled down to the water’s freezing point in order to prevent formation of detectable ice crystals. It forms semi-solid and smooth foam which becomes solid in low temperatures. It is consumed with spoons or placed in cones. It is also used to make the desserts such as sundaes, ice cream floats, baked items and milkshakes.

The origin of ice cream was traced back to 4th century B.C. Roman emperor Nero brought ice from mountains and mixed with the toppings of fruit. King Tang produced the concoctions of milk and ice. It was brought from China. It was consumed by Americans when it was imported to US. Thomas Jefferson and George Washington served it to the guests.

It is made with cream, sugar, milk and eggs. It contains the flavoring ingredients such as chocolate, vanilla and fruit.

It is made with a base of custard that contains cream, milk, egg yolks, flavorings, sugar and stabilizers.

It is made with milk, sugar, cream, stabilizers and flavorings. It is stored as liquid ice cream mix which is served in a cone or bowl.

It is formed with the use of milk ingredients, stabilizers, sugar and flavorings which have 25% low milk fat in comparison to hard ice cream.

It is made with low fat milk ingredients, stabilizers, sugar and flavorings. The fat content differs.

It is formed with ingredients of modified milk, natural sweeteners as well as stabilizers.  It has 0.1% fat in a serving.

It is made with stabilizers and milk ingredients. It has low amount of fat in comparison to other ice cream.

It is made with added lactase enzyme and has no detectable lactose.

It is great for the people who are sensitive to gluten.

It is made with organic milk and various ingredients.

It is made with more amount of milk in comparison to cream, sugar, egg yolks, sweeteners and flavorings. It has got intense flavor.

Ice cream is loved by everyone. A scoop of ice cream could provide some health benefits. It contains the Vitamins such as Vitamin B12, B6, D, C and E. It is also an excellent source of fats, proteins and carbohydrates which is essential for the production of energy to the body. It also prevents the formation of kidney stones, PMS and mood swings.

Ice cream is a great source of nutrients and packed with Vitamin C, E, D, B6 and B12 as well as Vitamin K. The presence of Vitamin K thins the blood and prevents the chances of blood clotting. It is a great source of niacin, antioxidants, riboflavin and thiamine. It helps to stimulate an immune system and promotes the functions of nerves and organs.

Ice cream is considered as an excellent source of energy. It also has good amount of fats, carbohydrates and proteins for the formation of energy. The moderate amounts of ice cream won’t result in weight gain.

It is a great source of phosphorus and calcium which assist in making the teeth and bones health. It stimulates the cardiovascular health and functions of kidney. In the deficiency of phosphorus, the body won’t be able to absorb calcium. It also maintains the health of joints and prevents the chances of PMS.

It has a compound that promotes the formation of thrombotonin which prevents mood swings and uplifts mood. It lowers the level of stress. It soothe the nervous system, promotes brain and prevents the chances of insomnia.