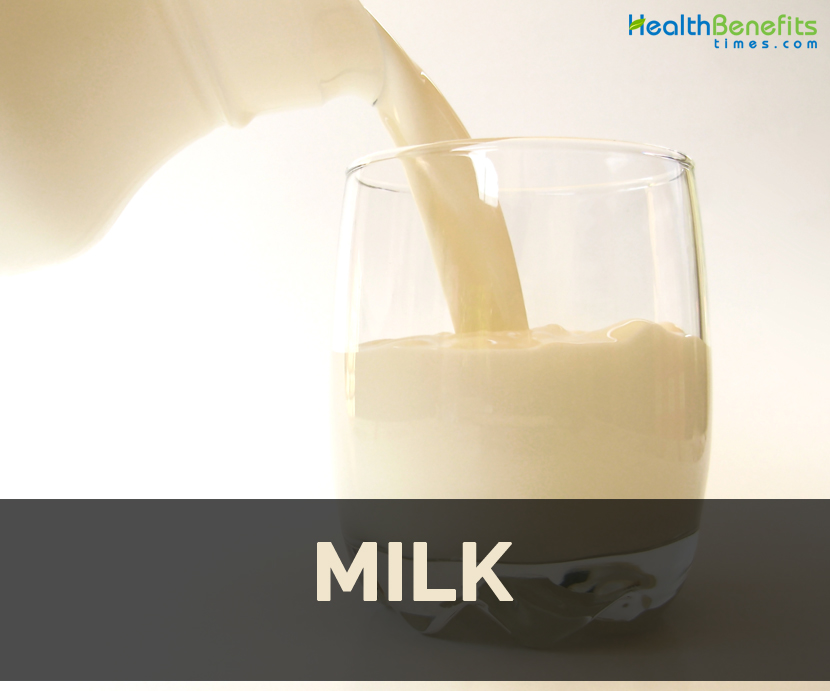 Milk is known as the pale liquid which is considered as the vital source of nutrients. The lactation milk has colostrum which transfers the antibodies of mothers to the young infants that prevents the body from various diseases. Humans and other mammals produce milk in order to feed offspring. The milk of sheep, goats etc is used but the cow’s milk is mostly preferable. It contains various nutrients that helps to prevent the number of health ailments. Milk provides smooth skin, strengthens bones, prevents illness; enhance immune system, treats dental decay, hypertension, respiratory ailments, osteoporosis and obesity. Nowadays various alternatives of milk are found such as coconut milk, almond milk, hemp milk etc. The dairy products could be added to the diet in form of butter, cheese, dairy whitener, flavored milk, paneer, ice cream, curd and milk sweets.

In 1600s the cattle was brought by early colonists to USA. The dairy products were produced on the farm and were consumed. In 1790, Boston, Philadelphia and New York it was sufficiently grown and become the large scale dairy operations. Farmers import the cattle to fulfill the increasing demand.  In 1795, Holstein-Friesens was imported, in 1822 Ayrshires and in 1830 the first Guernseys was imported.

In the United States, when the dairy industry was developed, the machines to process milk were also developed. Gail Borden formed the method to condense milk by heating in a limited vaccum. This method stored the water in low volume which prevents the milk from germs.

In 1863, Louis Pasteur (France) makes the pasteurizing method to alleviate the noxious bacteria. In 1908, Chicago became the extensive city for the pasteurized milk. Dr. Henry Thatcher produce the glass milk bottles in 1884 after he saw the milk man deliver the milk in an open bucked where the rag doll was fallen accidentally. United States produced milk about 148 billion lb in 1990.

Milk has become a vital part of diet. This liquid provides various amounts of nutrients. Though it is consumed in lunch, breakfast or dinner it provides adequate amounts of proteins, vitamins and carbohydrates. The nutrients which are offered assist in performing various functions. The milk contains calcium that is essential for the formation of teeth and bones. It is also essential for maintaining muscle health. The milk could be obtained from cows, goats, buffaloes, sheep, camels, yaks and humans. Additionally, cow milk is the favored choice for all. The milk is provided to the children as well as adults to maintain the overall health.

Milk is considered as the great source of calcium for the body. It prevents the chronic problems such as bone loss, cancer, migraine headaches, arthritic conditions, obesity and pre-menstrual syndrome. It acts as an aid for losing weight and unwanted fats. Calcium is vital for the formation of bones and measurements of mineral density which depends on calcium. Milk is available at cheap price in the market. (1)

Milk contains high amount of calcium which is vital for the development and growth of bone structures. Osteoporosis is the bone disorder that could be prevented if milk is consumed regularly. The child who has low amount of calcium has high risk of bone fractures and it could take a long time to heal due to the low presence of calcium in the body. (4)

The body requires fluid which should be replenished frequently. Water is vital for the body so one should drink about 6-8 glasses of fluid. Milk possesses high quantity of water molecules that helps to rehydrate the body. Our body is made about 80% of water so fluid should be balanced in the body to perform the every activity. Dehydration could lead to various health problems. (6)

People use milk for the maintenance of smooth and fair skin complexion. The milk products and milk are used in the preparations of cosmetics. Milk treats the dry skin so one should apply milk to the face and leave it for fifteen minutes and wash it. It smoothens and nourishes the skin. Milk has lactic acid which helps to eliminate the dead skin cells and rejuvenates the skin. Milk has high content of Vitamin A which enhances the skin health from inside. It has antioxidant properties that eradicates the free radicals that are harmful and responsible or the premature aging, spots and wrinkles. (7)

The intake of milk promotes the intake of vitamins and minerals. It fulfills the requirement of calcium. Calcium with other minerals is essential for the efficient functioning of the body. (8)

The intake of milk products lowers the chances of acidity in the body. The cold milk is effective to provide relief from acidity.

The milk consumption is effective to treat colon cancer. The study shows that food increases the life of the colon cancer patients. (9)