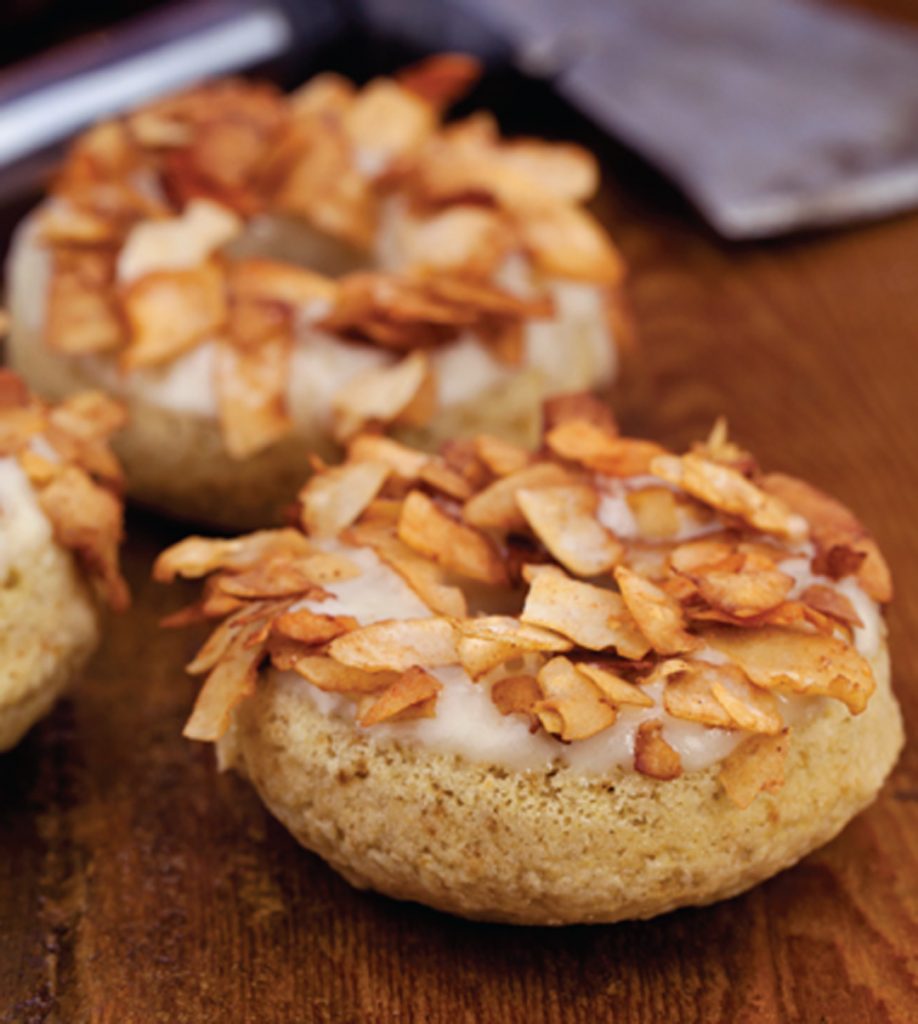 The Lumberjack first appeared as a one-time offering at a vegan bake-off, yet woodsmen are rumoured to still tell the tale of its existence. Yes, returning to camp from a hard day’s work, the giants of pioneer lore might have snickered at a tray of strawberry cupcakes. But they would have quickly dropped their axes and called “Timber!” to fell one of Bunner’s legendary Lumberjack donuts. Dripping with a hearty dose of Canadiana, this donut is first topped with a sweet maple glaze and then dipped in crispy vegan “bacon.” This recipe takes a little time and finesse, so clear the wood chips and get ready to test your strength and endurance.

Smoked Coconut Bacon
Maple Dip
How to Make It

For the smoked coconut bacon For the maple dip