Trending
You are at:Home»Foods»Maple Syrup facts and benefits 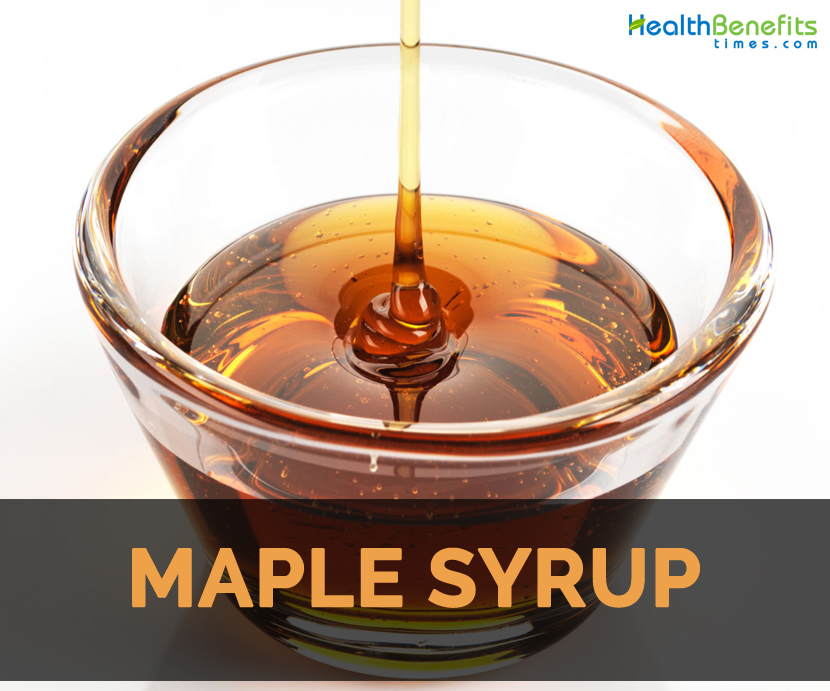 The syrup which is prepared from the sap of maple trees such as sugar maple, black maple or red maple trees. The starch is stored by the trees in the roots and trunks during cold climate which is converted into sugar and is rised in early spring or late winter. The trees are tapped from one to three which should be done by considering diameter of the tree. The hole made for tapping does not make any permanent damage to the tree. The sap is then collected and processed in order to evaporate water. Sap consists of sugar and water. About 95% of sap consists of water and remaining 5% contains minerals, sugars and amino acids. The presence of sugar determines the gallons of sap needed to make syrup which means low content of sugar in sap requires more amount of sap to be used. Approximately 50 gallons of sap is needed for making one gallon of Maple syrup. It is inherent to North America. In North America, it has been used for centuries. Canada is the country which supplies 80% of Maple syrup of the world.

Native Americans were the one who discovered Maple syrup. It was believed that the discovery of maple syrup was accidentally made. A Native American Chief throw tomahawk forcefully at the tree which was maple. The sap started to flow from it. The clear liquid flowed from wound was collected in a container. Considering that it was water, his wife used it for cooking venison. The meat was quite delicious. Then the process was again repeated.

Maple syrup offers various antioxidants and minerals such as manganese and zinc. The use of Maple syrup in moderate amounts helps to lower inflammation, maintains blood sugar and provides various nutrients. In comparison to honey, it contains low content of calories and high content of minerals. It supports heart health and enhances immune system.

It has antioxidant properties which are needed for the goof health. Antioxidants help to eliminate free radicals that are the main cause for health ailments. Mitochondria help for the production of energy but free radicals are formed during this process. Enzymes are essential for the functions. Manganese helps to provide superoxide dismutase which assist in eliminating free radicals and metabolic functions. (1) (2) (3)

Maple syrup is essential for the heart health and prevents atherosclerosis, stroke and cardiovascular ailments. Zinc is effective to prevent these health conditions and enhance endothelial cells functions. The low content of zinc leads to high chances of injuries and affect the heart functions. (4) (5)

Manganese and zinc is essential for increasing the white blood cells that enhance the immunity power of the body. The healthy supplementation of these minerals helps in restoration of their levels. Maple syrup is an excellent source of magnesium and zinc which is vital for immune system. (7)

The intake of Maple syrup helps to paralyze C. elegans worms. The study shows that the worm who consumes syrup was paralyzed in two weeks. This shows that it protects neurons and prevents the chances of amyotrophic lateral sclerosis. Maple syrup has antioxidants, polyphenols such as catechol and gallic acid which provides neuroprotective effect. (8)

It is the syrup which is prepared with the use of sugary sap extracted from the maple tree. The sap is obtained by tapping the tree which accumulates the starch in trunks and roots in the winter. Due to the long accumulation of starch, it is easy to convert into sugar. The sugar rises in the spring season which is mixed with water for the formation of maple. The sap has high content of water which is evaporated to obtain the thick syrup. By heating, the final product (Maple syrup) is obtained. The whole process does not include the use of any preservatives, chemical additives and agents.

The syrup is made by boiling water which causes chance in chemicals that helps to darken syrup and provides taste. The sugar content of sap decides how much sap should be used to form one gallon of syrup. The high content of sugar needs low sap and vice versa. The sugar content of the sap varies even from the same tree. One tree should have one to three taps only.