Trending
You are at:Home»Vegetables»Health benefits of Sea Vegetables 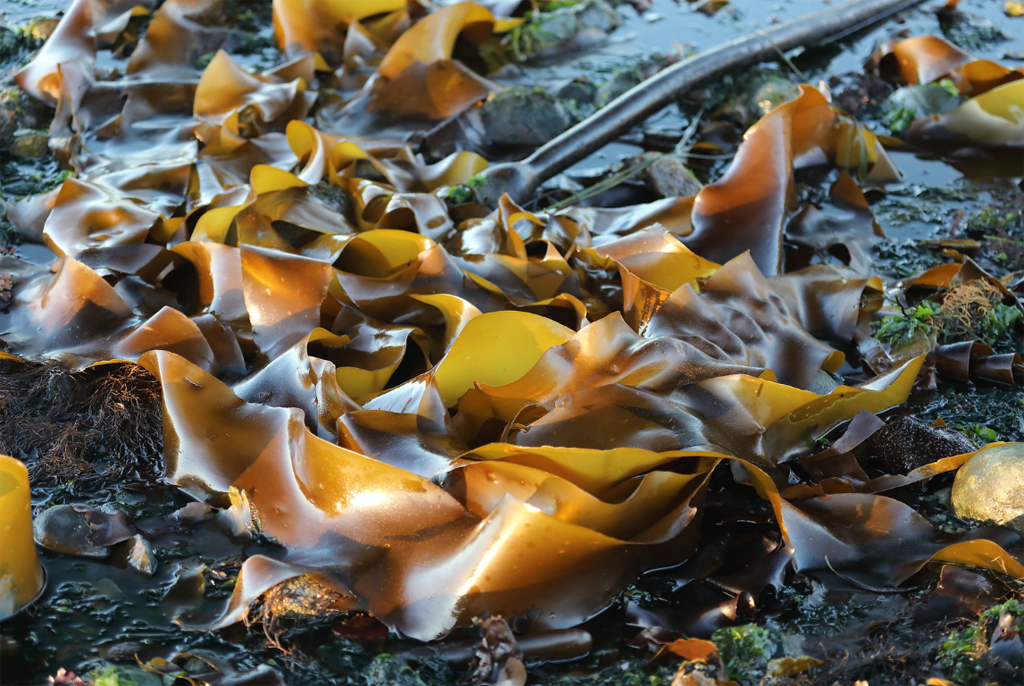 According to archeological studies, sea vegetables have been consumed by the Japanese for more than 10,000 years. In the ancient Chinese cultures, they were considered a delicacy that was served on very special occasions and to honored guests. Sea vegetables are thought to have been included in the diet of prehistoric people who lived near water in regions such as Scotland, Ireland, Norway, Iceland, New Zealand, the Pacific Islands, and coastal South American countries. Today, Japan is the largest producer and exporter of sea vegetables.[1]

Throughout the world, there are thousands of types of sea vegetables, which may also be referred to as seaweed and algae. Not all of these are suitable for human consumption; in fact, most are probably not. They tend to be classified into categories by color—brown, red, or green. The following are some of the best known sea vegetables:

Nori: Although nori are dark purple-black, they turn green when toasted. Nori are frequently used to make sushi rolls.

Kombu: Kombu is dark and tends to be sold in strips or sheets. It is often used to flavor soups.

Kelp: Generally available as flakes, kelp may be light brown to dark green.

Hijiki: This type of sea vegetable, which has a strong flavor, looks like ‘‘black wiry pasta.’’

Arame: Sweeter and milder than most types of sea vegetables, arame is ‘‘wiry.’’

Dulse: Reddish brown, dulse has a soft and chewy texture.

Wakame: Wakame is like Kombu and is used to make miso soup.[2]

Sea vegetables are an excellent source of iodine and vitamin K. They are a very good source of folate and magnesium, and they are a good source of calcium, iron, and tryptophan.[3] But what have the researchers learned?

In a study published in 2005 in The Journal of Nutrition, California researchers divided 24 rats into two groups. One group was fed a regular diet, and a second group was fed a diet enhanced with kelp. After four weeks, the rats that ate the diet with kelp showed a 25 to 38 percent reduction in estrogen levels in the blood. (Higher amounts of serum estrogen are associated with increased risk for breast cancer.) In addition, the kelp lengthened the rats’ menstrual cycles by up to 37 percent. It is known that women who have longer menstrual cycles have fewer cycles during their lifetime. So, less of their life is spent with high amounts of estrogen in their blood.

The researchers also tested the kelp on human ovarian cells. They found that it reduced the estrogen production by 18 to 35 percent. These findings at least partially explain why people who consume Asian diets, which contain relatively high amounts of sea vegetables, ‘‘have a lower incidence of hormone-dependent cancers than populations consuming Western diets.’’ The research indicates that, ‘‘anti-estrogenic effects of dietary kelp . . . may contribute to these reduced cancer rates.’’[4a, 4b]

In a study published in 2006 in the International Journal of Cancer, researchers investigated nine groups of mice, each containing 20 hairless mice specially bred to be strongly susceptible to UVB-induced skin cancer. 248 HEALTHY FOODS: FACT VERSUS FICTION The researchers applied varying amounts of brown algae polyphenols (BAPs) to the skin (3 milligrams or 6 milligrams in a mild solvent) of some of the mice and fed other mice different amounts of BAPs. Many of the mice were exposed to UVB rays. There was also a group of mice that served as controls.

The researchers determined that the mice exposed only to UVB (without treatment) developed an average of 8.5 skin tumors; the mice fed the lower and higher amounts of BAPs, respectively, had 4.7 and 3.7 tumors. But, the best results were seen in the topical application of BAPs. The lower dose mice had 3.4 tumors and the higher dose had 4.6. Furthermore, the mice that were treated with BAPs had tumor volumes that were markedly lower than in the mice that were exposed to UVB without any type of treatment.[5]

In a randomized, double blind, placebo-controlled trial that was published in 2007 in The Journal of Nutrition, British researchers gave 38 healthy men and women, between the ages of 40 and 65, either daily 0.7 g of docosahexaenoic (DHA), an omega-3 fatty acid found in algae and fish oil, or a placebo. After four months, the treatments were switched. The researchers found that when the subjects took the DHA, their diastolic blood pressure dropped by 3.3 mm Hg, and their heart rate decreased by 2.1 beats per minute. So, taking a relatively modest amount of DHA has the potential to enhance cardiovascular health.[6]

In a study published in 2008 in the Journal of the American Dietetic Association, researchers compared the heart-protective effects of two weeks of daily 600-ml capsules of algae-derived supplementation in 32 healthy men and women, between the ages of 20 and 65, to the consumption of salmon. The results were similar. ‘‘Algal-oil DHA capsules and cooked salmon appear to be bioequivalent in providing DHA to plasma and red blood cells, and, accordingly, . . . algal-oil DHA capsules represent a safe and convenient source of non-fish-derived DHA.’’[7]

In a study published in 2008 in Nutrition Journal, researchers randomly placed 70 subjects with mild to severe osteoarthritis in one of four parallel investigation groups. The subjects, who were between 25 and 70 years old, were then assigned to take one of the following for 12 weeks: Aquamin (a multi-mineral supplement from seaweed, 2400 mg/day), glucosamine sulfate (1500 mg/day), a combination of Aquamin (2400 mg/day) and glucosamine sulfate (1500 mg/day), or a placebo.

Only 50 subjects completed the study. Still, the subjects on either Aquamin or glucosamine sulfate had significant improvement in their osteoarthritis symptoms. The subjects who received the combined supplement or the placebo did not experience any significant changes. The researchers wrote that SEA VEGETABLES 249 their study ‘‘suggested that a multi mineral supplement (Aquamin) may reduce the pain and stiffness of osteoarthritis over 12 weeks of treatment and warrants further study.’’[8]

A study published in 2008 in the Asia Pacific Journal of Clinical Nutrition may be of particular importance to the millions of people who are either overweight, obese, or simply trying to maintain a healthful weight.

Japanese researchers compared the weight of rats and mice fed regular diets or diets enhanced with fucoxanthin, brown pigment found in some types of sea vegetables. The researchers found that fucoxanthin, which stimulated a protein that increased the metabolism of abdominal fat, caused the animals to lose weight and abdominal fat. Would fucoxanthin do the same for humans? That is uncertain. Nevertheless, companies are now selling concentrated forms of fucoxanthin, and there is anecdotal evidence that these may be effective. The researchers concluded that fucoxanthin ‘‘is an important bioactive carotenoid that . . . should be beneficial for the prevention of metabolic syndrome.’’

In a randomized, controlled, two-way crossover trial published in 2008 in Appetite, British researchers compared the effects of seven-day consumption of a seaweed-based drink (‘‘strong-gelling sodium alginate formulation’’) against a control in 68 men and women with an average body mass index (BMI) of 23.5. The researchers found that the subjects who drank the seaweed product reduced their energy intake by about seven percent. They concluded that products like the one they used may be able to play a role ‘‘in the future management of overweight and obesity.’’

Sea vegetables are known for their ability to absorb minerals from the water. Often, these are healthy minerals such as calcium, iron, magnesium, and iodine. However, when sea vegetables are located in polluted waters, they may also absorb heavy metals such as arsenic and lead. As a result, whenever possible, it is best to purchase organic sea vegetables. Are sea vegetables a valuable part of the diet? They certainly seem to be.