Trending
You are at:Home»Herbs and Spices»Traditional uses and benefits of Spindle Tree 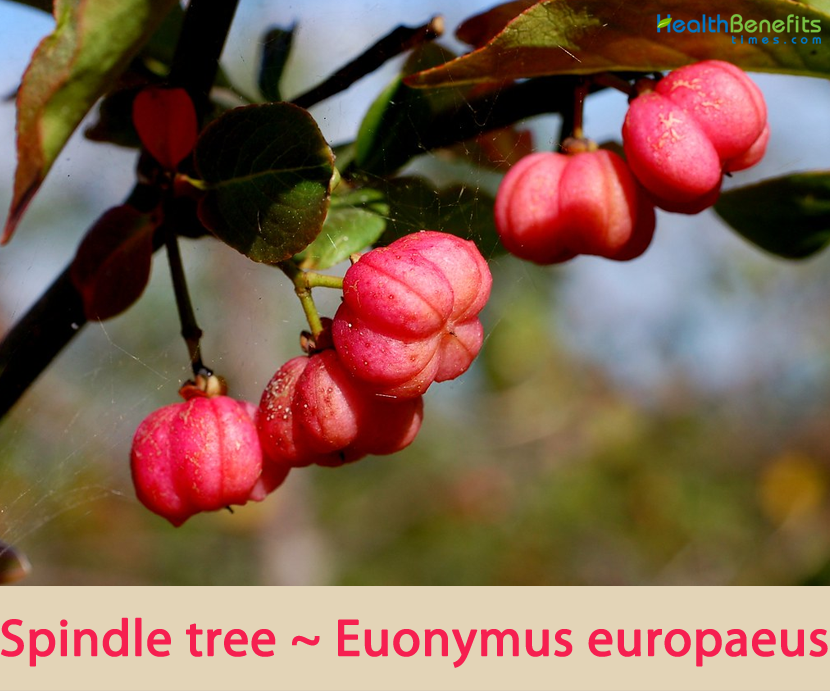 The spindle tree scientifically known as Euonymus europaeus is a species of flowering plant in the Celastraceae (Bittersweet family). The plant is native throughout Europe and southeastern Asia, where it inhabits the edges of forest, hedges and gentle slopes, tending to thrive on nutrient-rich, chalky and salt-poor soils. Some of the popular common names of the plants are European spindletree, Common spindle, Spindle, Skewer wood, Spindletree, European euonymus, European spindle-tree, Spindle-Tree, Broad-leaved Spindle, prickwood, Skewerwood, Gatter, Gatten, Gadrose, Pigwood, Dogwood, Indian Arrowroot, Burning Bush and Wahoo. Genus name is an ancient Greek name referring to plants of this genus. Specific epithet means European.

It is used as an ornamental plant and more recently for extracting compounds of medicinal and veterinary value. This species is free from serious threats, but it can be a host of several diseases of agricultural interest. The plant is harvested from the wild for local use as a medicine and source of materials, possibly also as a food. It has potential for cultivation as a source of latex. They are useful plants as screens, mass plantings and groups. The wood of the spindle tree is very hard and can be cut to a sharp point. It was used in the past for the making of wool spindles from where it gets it common name.

It is important to note that although this plant produces beautiful, bright fruit, it’s not the edible kind. Both fruit and the leaves can be harmful if eaten. So, Spindle is best appreciated visually for its beautiful and colorful nature. Aphids, as well as pollinators, can also find this hedge plant attractive, so, it is best not to plant too close to plots of growing vegetables in case there is an aphid migration to the plant crops. Aphid can become an unwanted pest.

Spindle tree is a large, much-branched, non-spiny, twiggy upright spreading, deciduous, glabrous or minutely hairy shrub or small tree that normally grows about 3–6 m (10–20 ft.) tall, rarely 10 m (33 ft.), with a stem up to 20 cm (8 in) in diameter. The plant is narrow and upright when young, rounding and broadening with age.  The plant is found growing in forests, scrub, hedges, gentle slopes, in man-made or disturbed habitats, floodplains, forest margins, shrub lands, thickets, clearings, mixed broadleaved oak-hornbeam forests and open woodlands preferring medium moisture levels. The plant is easily grown in average, medium moisture, well-drained soil in full sun to part shade. It tolerates a wide range of soils except for wet, poorly-drained ones. It prefers alkaline soils. Plants appreciate consistent and even moisture, particularly when grown in full sun locations.

The leaves are opposite, elliptical or oblong-lanceolate to ovate-lanceolate, acute or acuminate, entire or crenate-serrulate, base cuneate. They are 3–10 cm long and 1.5–4-cm wide. The leaf margins are crenate and finely saw-toothed and the leaves are glabrous, dark green color above and paler, and possibly pubescent below. Petiole is 6–12 mm long grooved along the top. Leaves are dark green in summer. Autumn color ranges from yellow-green to reddish-purple, depending on environmental conditions.

This species is gyno-dioecious, having female flowers on some individual plants and hermaphrodite flowers on others. Flowers occurs in 3 to 10 flowered, dichotomous axillary, pedunculate cymes, glabrous, 8–10 mm diameter, usually four-merous, parts borne around a broad green nectary. Petals are thicker than the sepals, greenish, oblong and widely separated and the ventral surface is papillate. Ovary is partially inferior, placentation axile, the stigmatic lobes opening like a mouth as they become receptive. Stamens partially fused with the ovary wall. The flowers are produced in April-July and are insect-pollinated.

Fertile flowers are followed by fruits which are extremely showy. Dehiscent capsules are 1-1.5 cm wide, with 4 angled lobes. Fruits are initially green turning to dark pink or red when mature. Ripe capsules split open through 4 valves, revealing 4 ruddy-orange-coloured seeds covered by a fleshy red-orange layer (pseudo-aril). Seed mass with arils are 80–130 mg; without arils are 41–52 mg. Fruits ripen in September-October.

Seeds are attractive to certain birds that eat and distribute them. The berries attract children, but are harmful, for they are strongly emetic and purgative: they have proved fatal to sheep. The bark leaves and fruit are all injurious, and no animal but the goat will browse upon them.

Spindle trees can be found throughout the entire northern hemisphere, but mostly in East Asia. However, there are also spindle species that are native to Europe such as Euonymus europaeus – the European spindle or common spindle. Spindles bear striking and colorful capsular fruits. When the fruit ripens, the four lobes split open revealing orange seeds. Depending on the type of spindle tree, the capsules can take on a brown or grey color. The spindle may also be referred to as spindle bush, which is actually more accurate of the plant’s shape and growth. Spindles can reach a maximum height of five meters and have a rather shrubby form. They are densely branched with a full-bodied crown. Many species feature square stems. There are deciduous and evergreen types of spindle trees. The latter ones often display gold or white leaves in autumn, whereas deciduous spindle trees turn red. 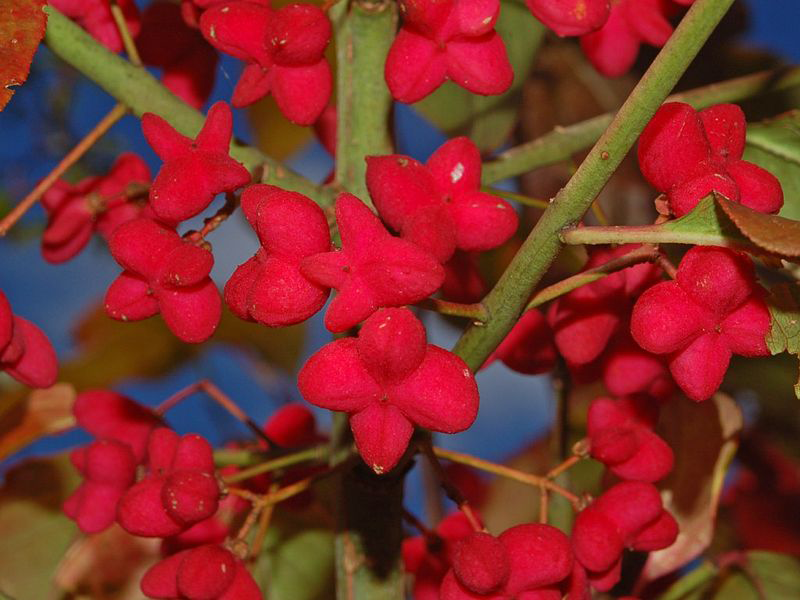 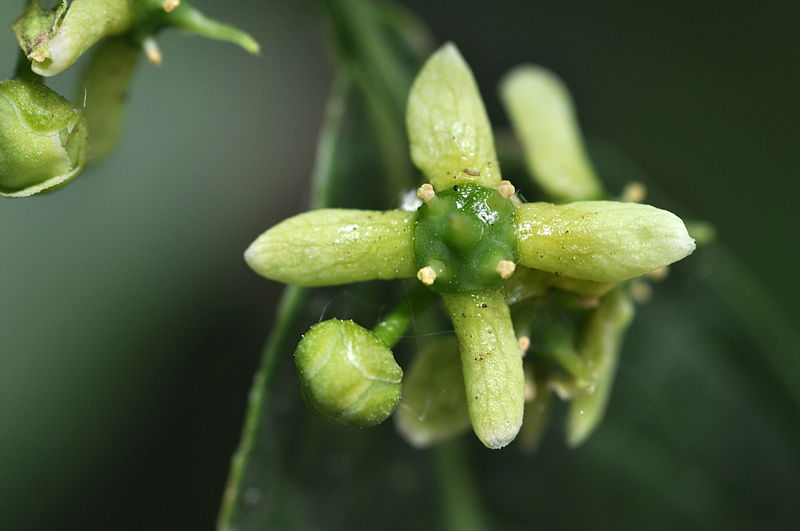 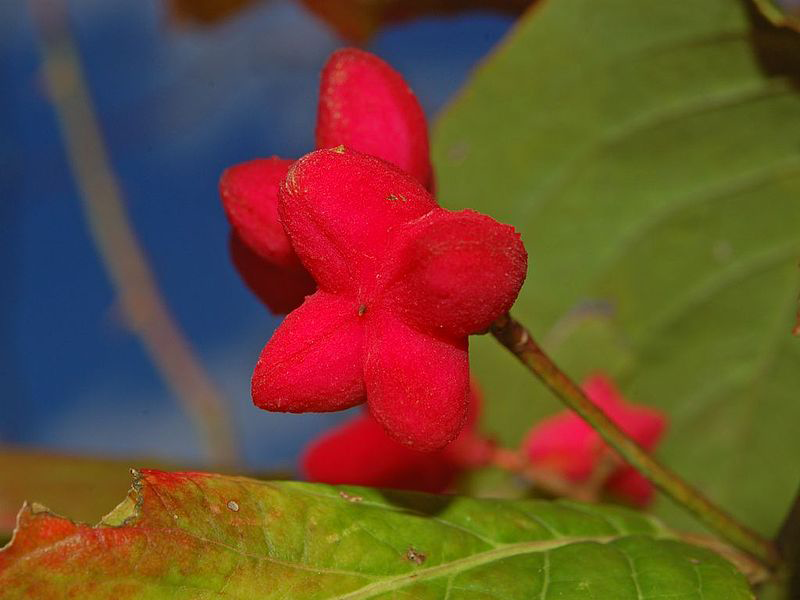 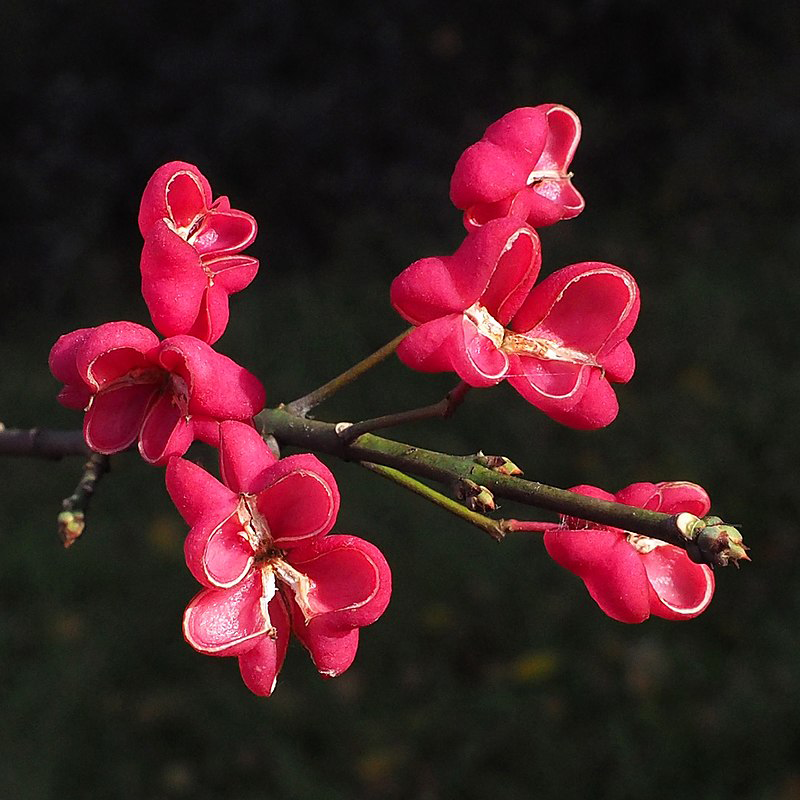 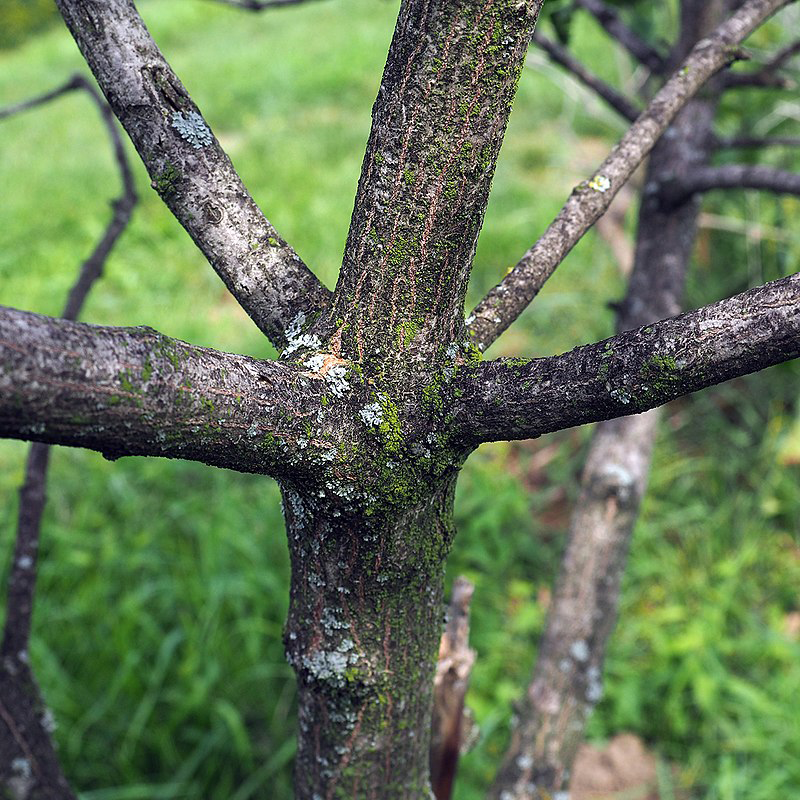 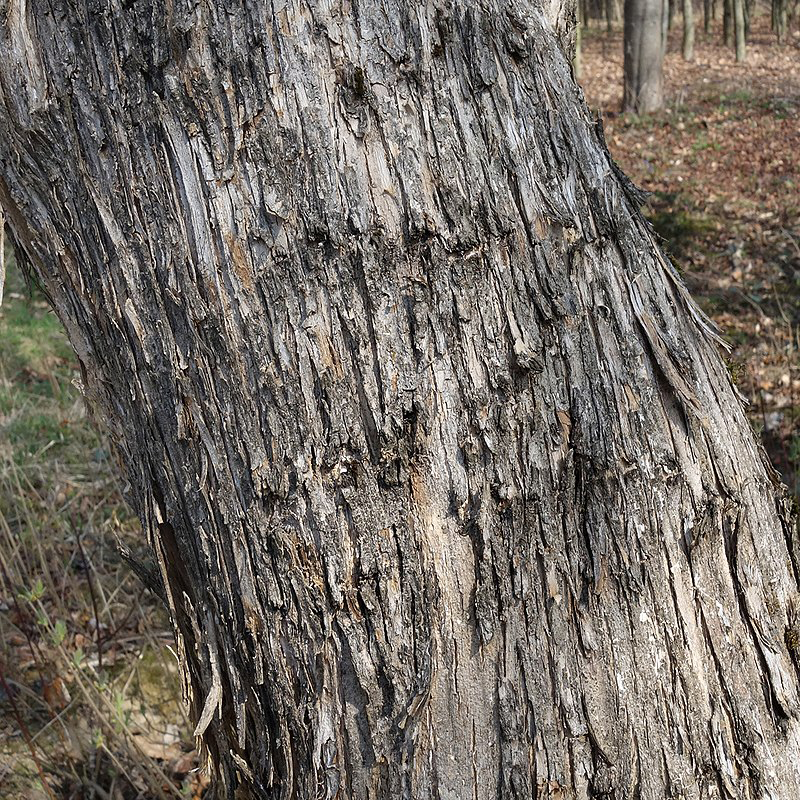 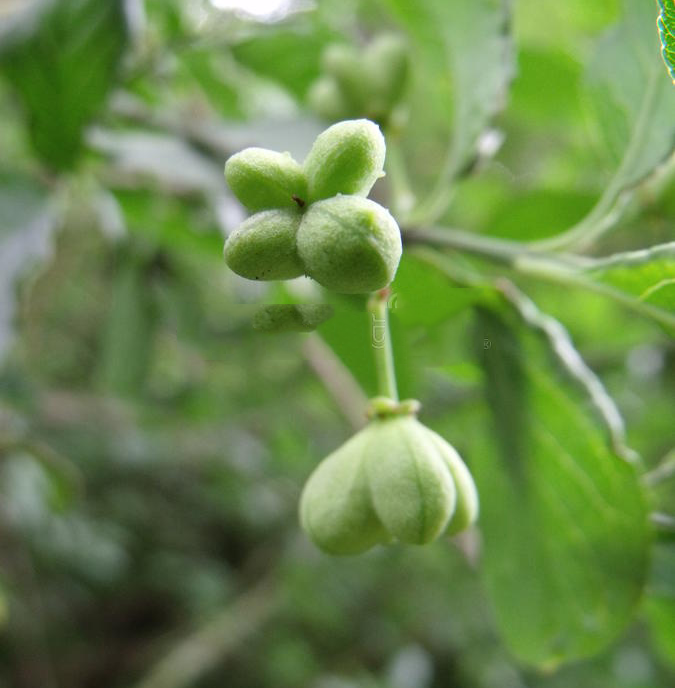 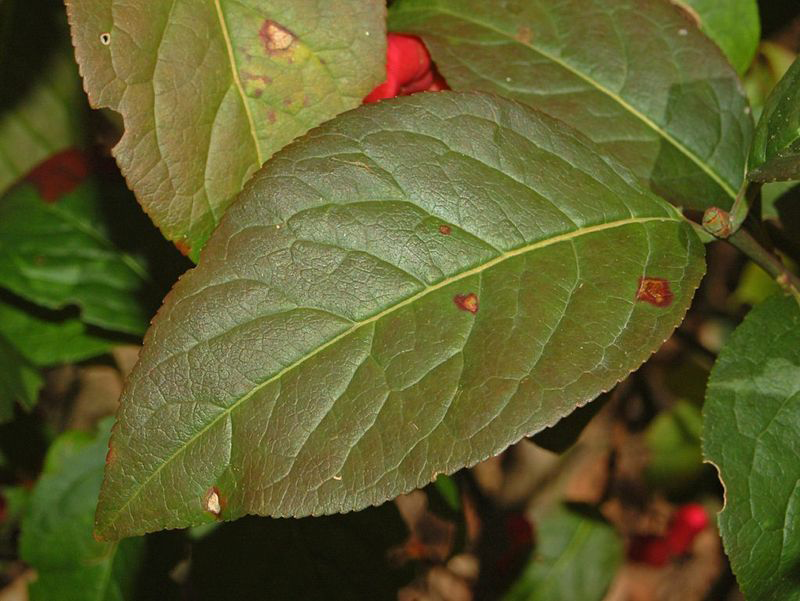 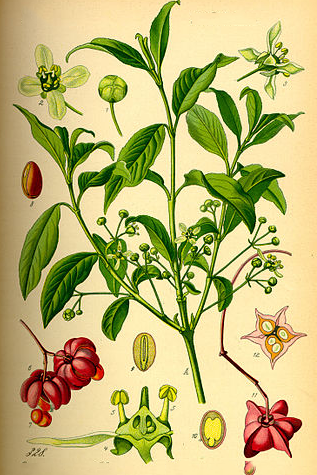 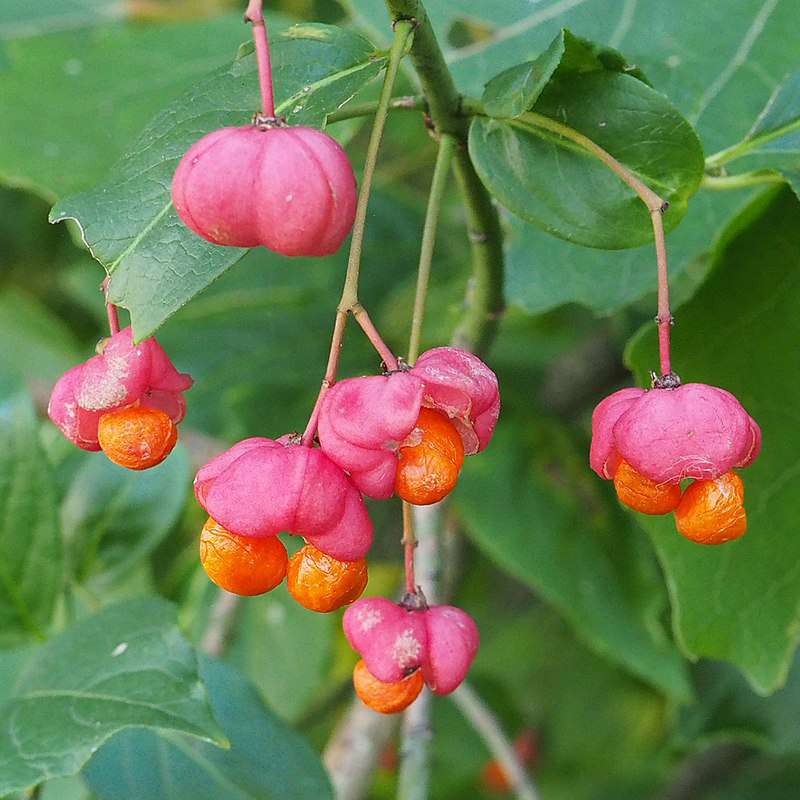 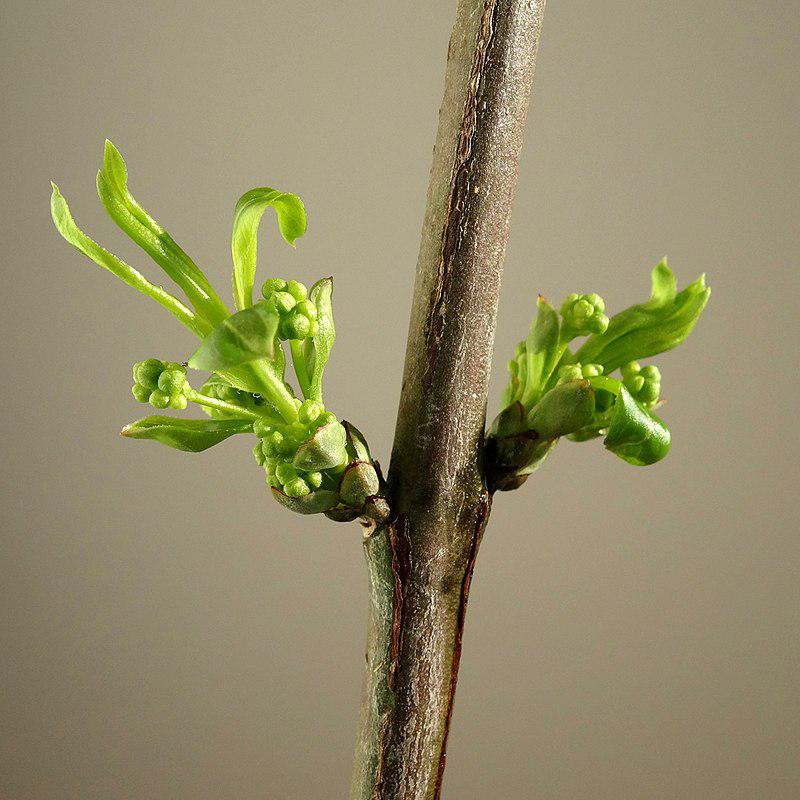 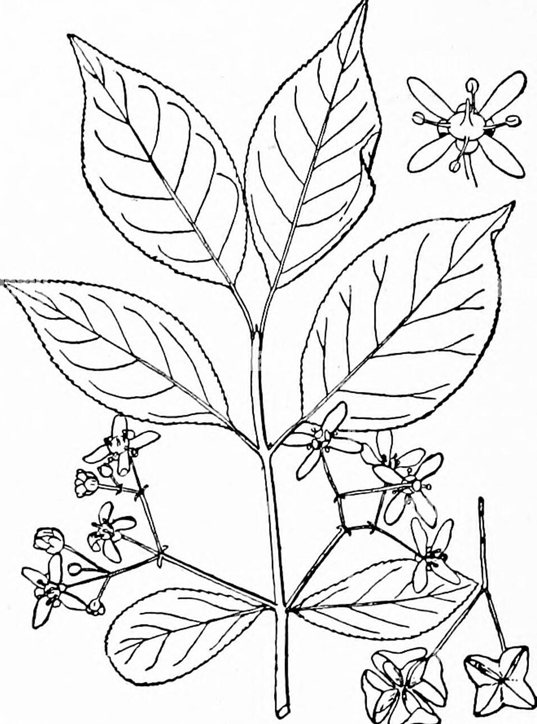 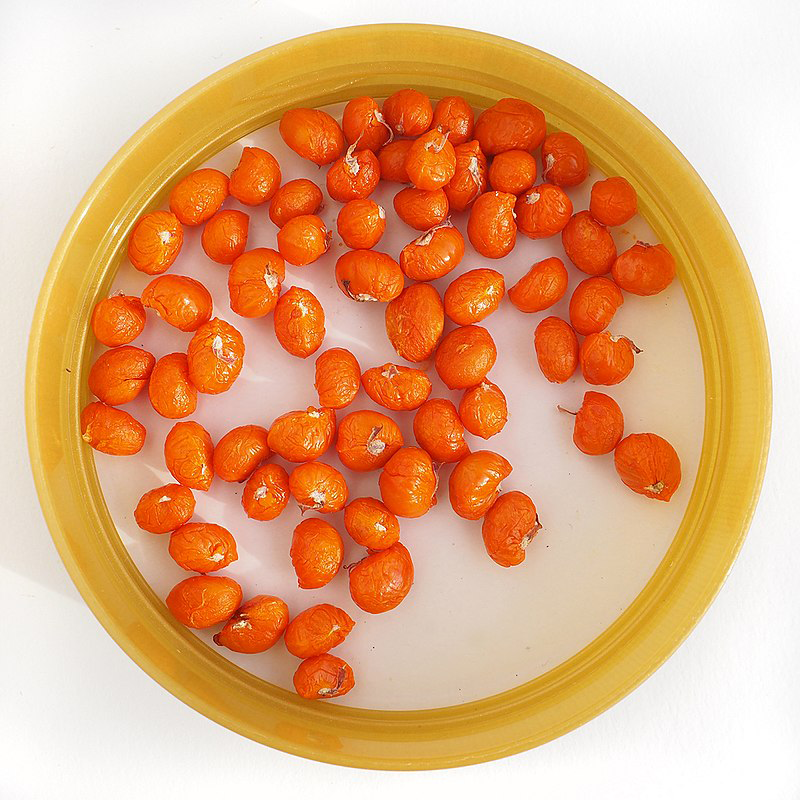 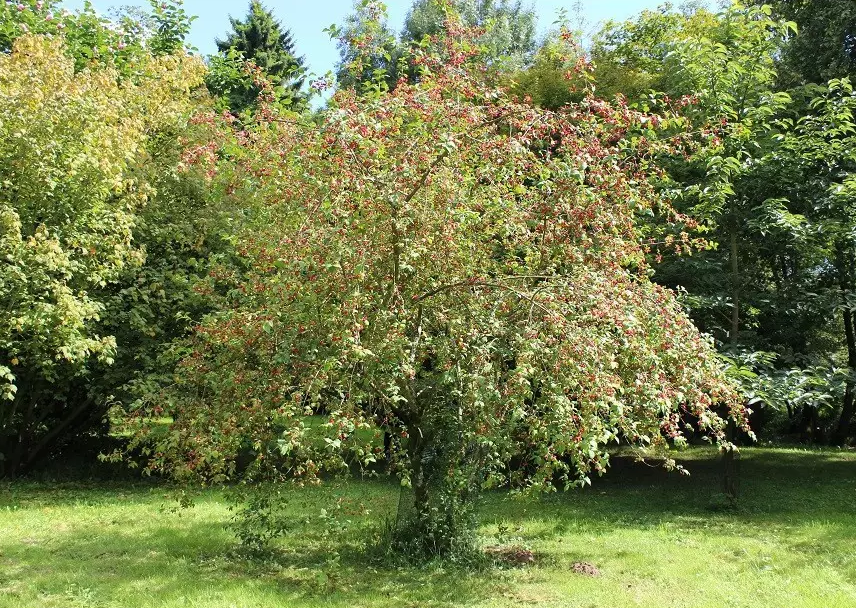 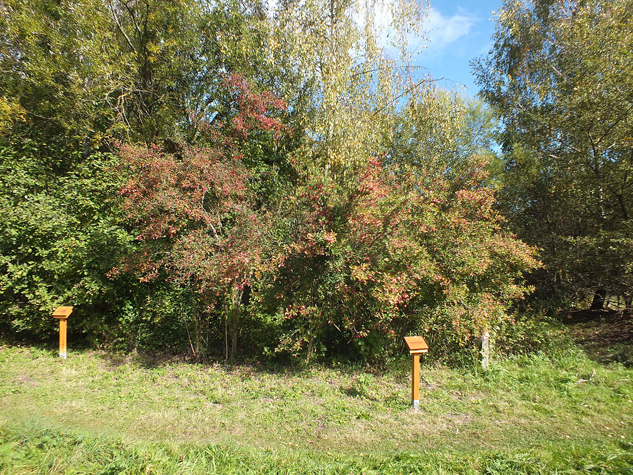 There are about 170 known spindle species at present. Most of them are of Southeast Asian origin, some even come from the Himalayas. There are three deciduous spindle species that are native to Central Europe.

The Japanese spindle tree, or evergreen spindle, comes from Asia and can grow several meters tall if conditions are favorable. However, this species is not winter hardy and must therefore be kept in a pot, where it remains somewhat smaller. The leaves are about 5 cm in size and can take on an array of different colors, depending on the variety.

The winter creeper, also known as Fortune’s spindle, is an evergreen spindle tree. As its name suggests, the plant does not grow upright, but creeps or climbs on the ground. It is thus an ideal ground cover for garden beds or for creating green walls. This spindle species is often used for graves or small hedges, because it is so low-maintenance. Winter creepers are winter hardy to temperatures of about -20 °C, even though they are not native to Europe.

The European spindle is for obvious reasons the most common species in Europe, therefore also called common spindle. The shrub grows densely branched and upright. Its leaves turn a deep red in autumn. In winter, the European spindle tree bears striking, colorful fruits.

Broadleaf spindle trees are very similar to the European type except for the leaves which are a bit broader. They are native to Europe but can only be found in the Alps and Alpine foothills.

The winter hardy winged spindle originates from Japan and China. Due to its intense red coloring in autumn, it is also referred to as “the burning bush”. This species grows about 2 to 3 meters tall and wide. The branches bear corky ridges, reminiscent of wings, which are especially striking in the winter.

This spindle species originally comes from Asia. It can reach a height of up to 3 and 5 meters and is often grown as an ornamental shrub. Its winter buds are rather large, pointed and of a striking purple-red color.