Trending
You are at:Home»Fruits»Traditional uses of Sugarberry – Celtis laevigata 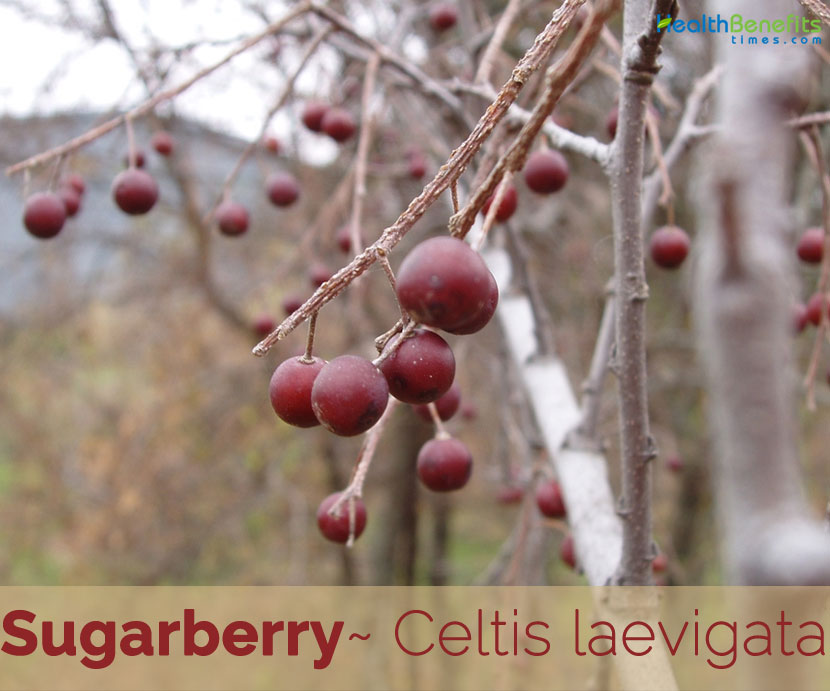 Celtis laevigata, commonly called sugarberry, sugar hackberry or southern hackberry, is basically a southern version of common or northern hackberry belonging to Ulmaceae (Elm family). The plant is native to southeastern part of the United States, ranging south from southeastern Virginia to southern Florida; west to central Texas and including northeastern Mexico; north to western Oklahoma and southern Kansas; and east to Missouri, extreme southern Illinois, and Indiana.  It occurs locally in Maryland. Sugarberry is simply confused with Common Hackberry, (Celtis occidentalis) where the range overlaps. Sugarberry has narrower leaves which are smoother above. The species can also be distinguished by habitat: where the ranges overlap, Common Hackberry occurs mainly in upland areas, whereas Sugarberry occurs mostly in bottom land areas.

Sugarberry, hackberry, lowland hackberry, sugar hackberry, Arizona sugarberry, netleaf hackberry, Small’s hackberry, southern hackberry, Texas sugarberry, Southern Hackberry, Lowland Hackberry, Hackberry, Palo Blanco, sugar hackberry, beaverwood and nettlewood are some of the popular common names of the plant. Genus name Celtis is the ancient Greek name for a lotus with sweet berries, and was used by Pliny. Specific epithet Laevigata means smooth, and most of the sugarberry’s bark is smooth but there are always tell-tale corky warts, without thorns.  It is interesting that English speakers would refer to the tree as the Sugarberry and the Greeks, a world and language away, call their tree, the C. australis, the Honeyberry. Clearly the dry sweetness impresses people. The plant is harvested from the wild for mainly local use as a food, medicine and source of materials. It is grown as an ornamental and a street tree

Sugarberry is a medium to moderately large-sized deciduous tree growing up to 30 meters tall and cylindrical bole can be up to 100 cm in diameter. It has a straight, short bole and a broad, rounded, and open crown with spreading or slightly drooping branches. Roots are relatively shallow; it does not form a distinct taproot and has only average resistance to wind throw. The twigs are slender, zigzagging, and greenish-brown to light reddish-brown. The pith is commonly chambered at the nodes and homogenous between the nodes. Bark of young trees is gray and smooth while mature trees develop corky outgrowths that are scattered to dense with smooth areas in between.

Leaf scars are crescent-shaped or oval, bundle scars 3 per leaf scar, stipule scars are inconspicuous. Buds axillary, brown or reddish-brown, 1.5–3.2 mm long, ovoid, sharp, pubescent, puberulent, bud scales imbricate. The plant is found growing in rich bottom lands along streams, in flood plains, and on rocky slopes, generally in clay soils, streams and in woodlands. It succeeds in any reasonably good soil, preferring a good fertile well-drained loamy soil. Similarly it does best on dry gravels and on sandy soils. It cannot tolerate prolonged flooding or water-saturated soils. Sugarberry has a moderately long life span, not usually living over 150 years.

Leaves are deciduous, simple, petiolate, alternate, distichous, about 6–8 cm long, 3–4 cm wide. Leaves are usually lanceolate, ovate or oval shaped, and often curve to one side. Leaf margins are mostly untoothed, but a few (rarely many) small teeth may be present. Leaf apices are acuminate or acute or caudate. Leaf bases are cuneate or oblique or obtuse or rounded. Leaves bear 3 prominent veins that branch from the base of the leaf blade. Upper surface of the leaves are green or yellow-green, glabrous or glabrate while lower surface are green or yellow-green, glabrous or glabrate. Light green leaves turn bright yellow in fall and can be showy in some years. Petioles are 0.6–1.3 cm long and glabrous. Stipules are present and are caducous. 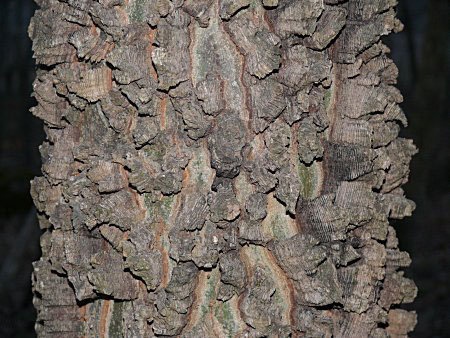 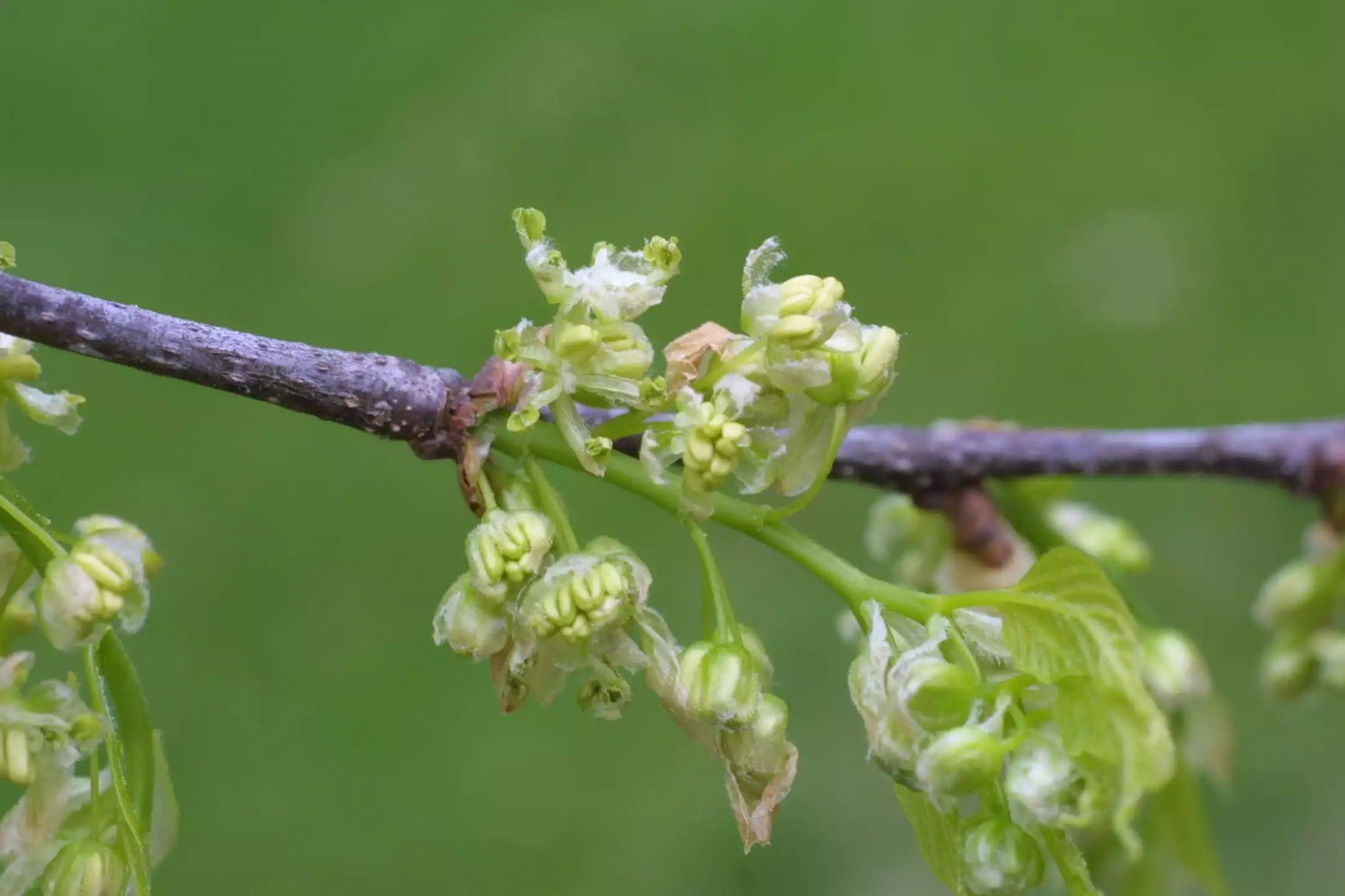 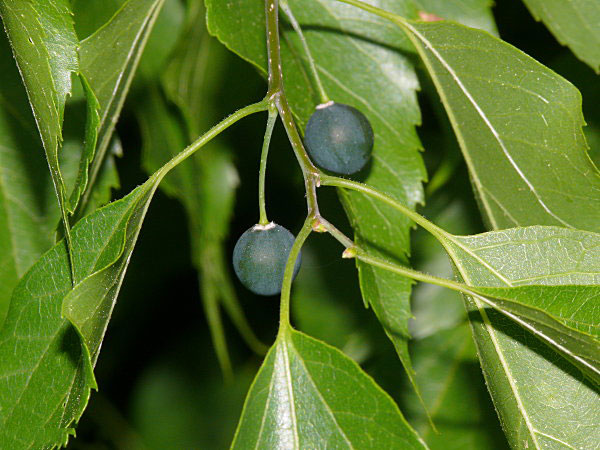 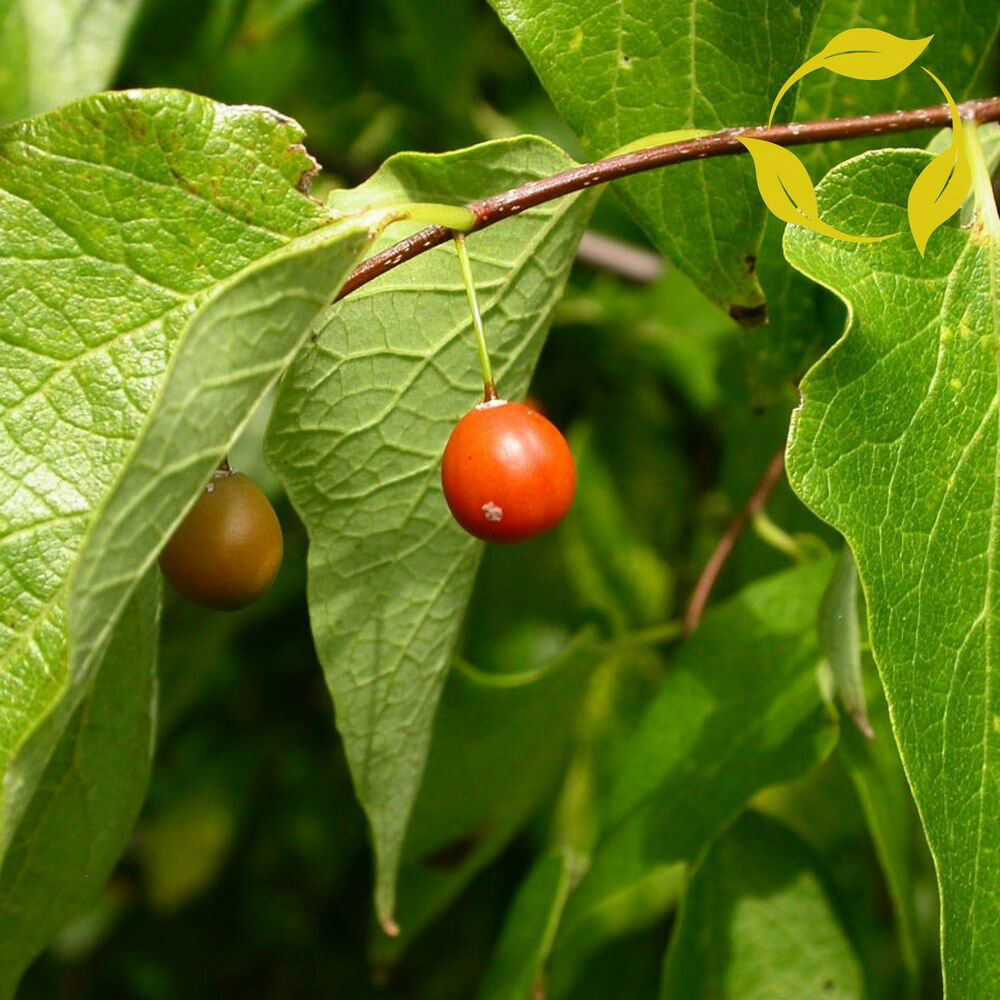 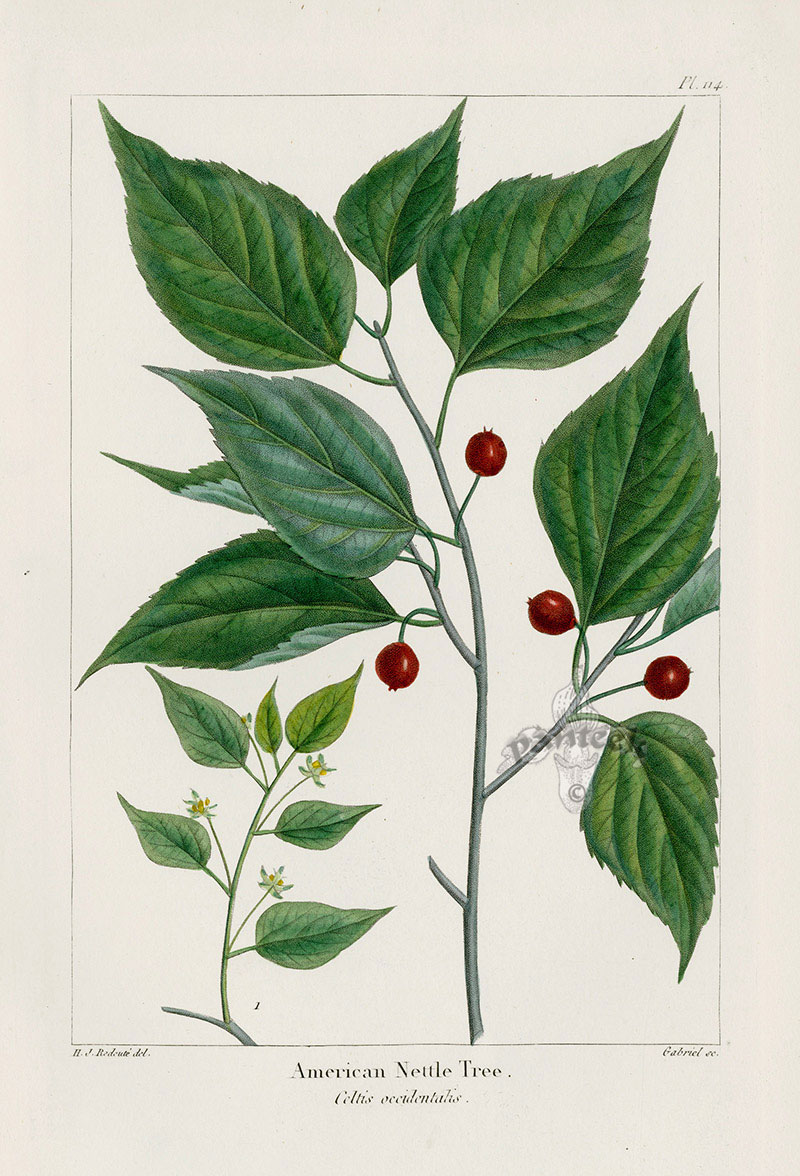 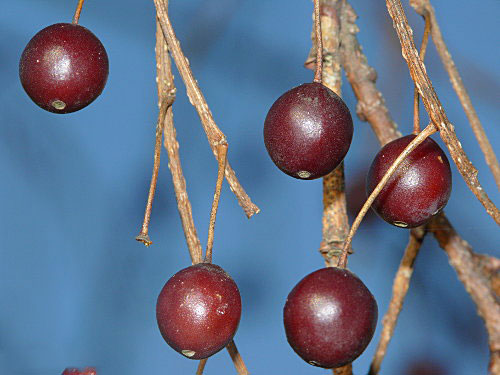 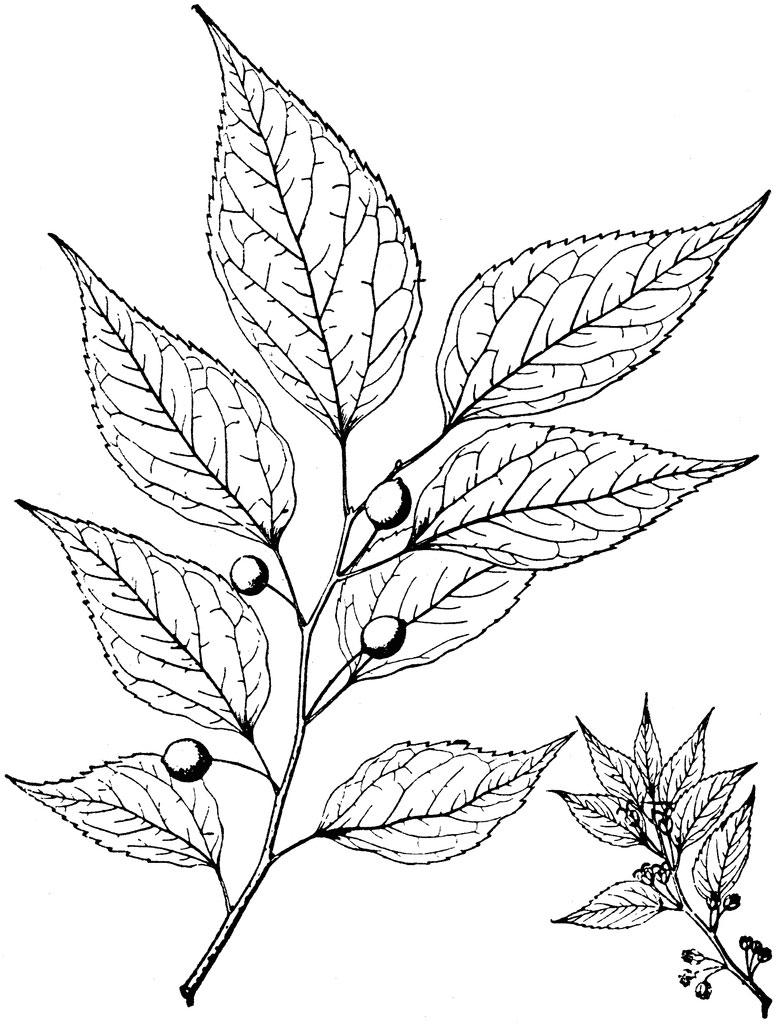 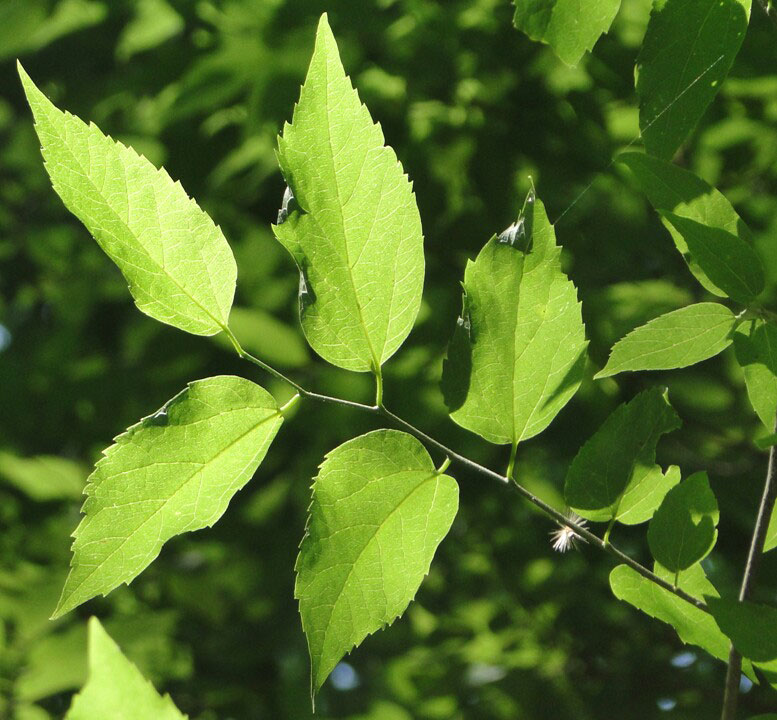 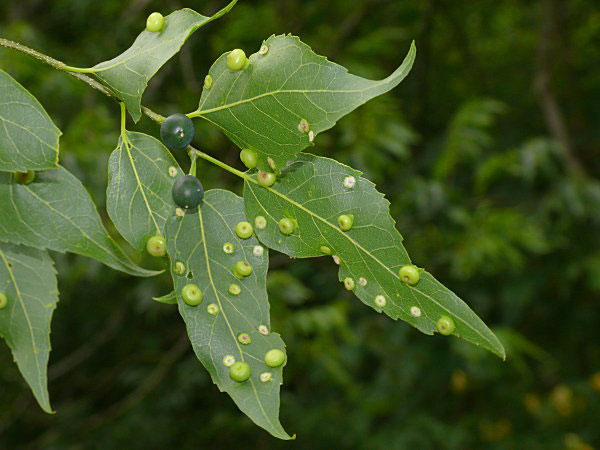 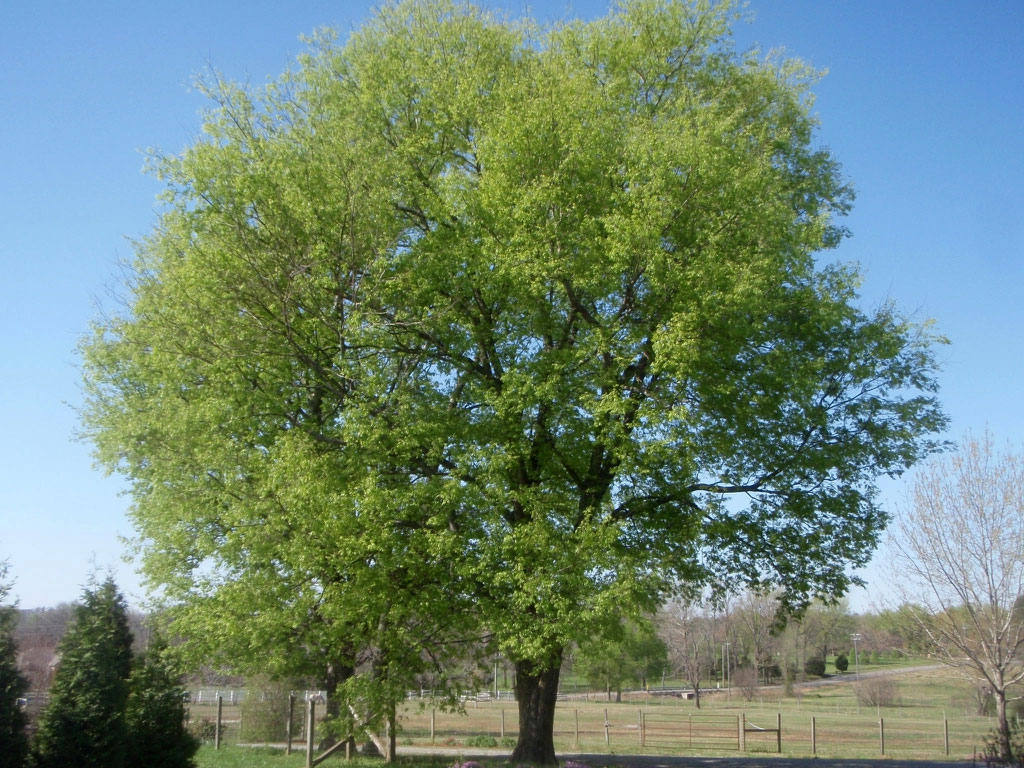 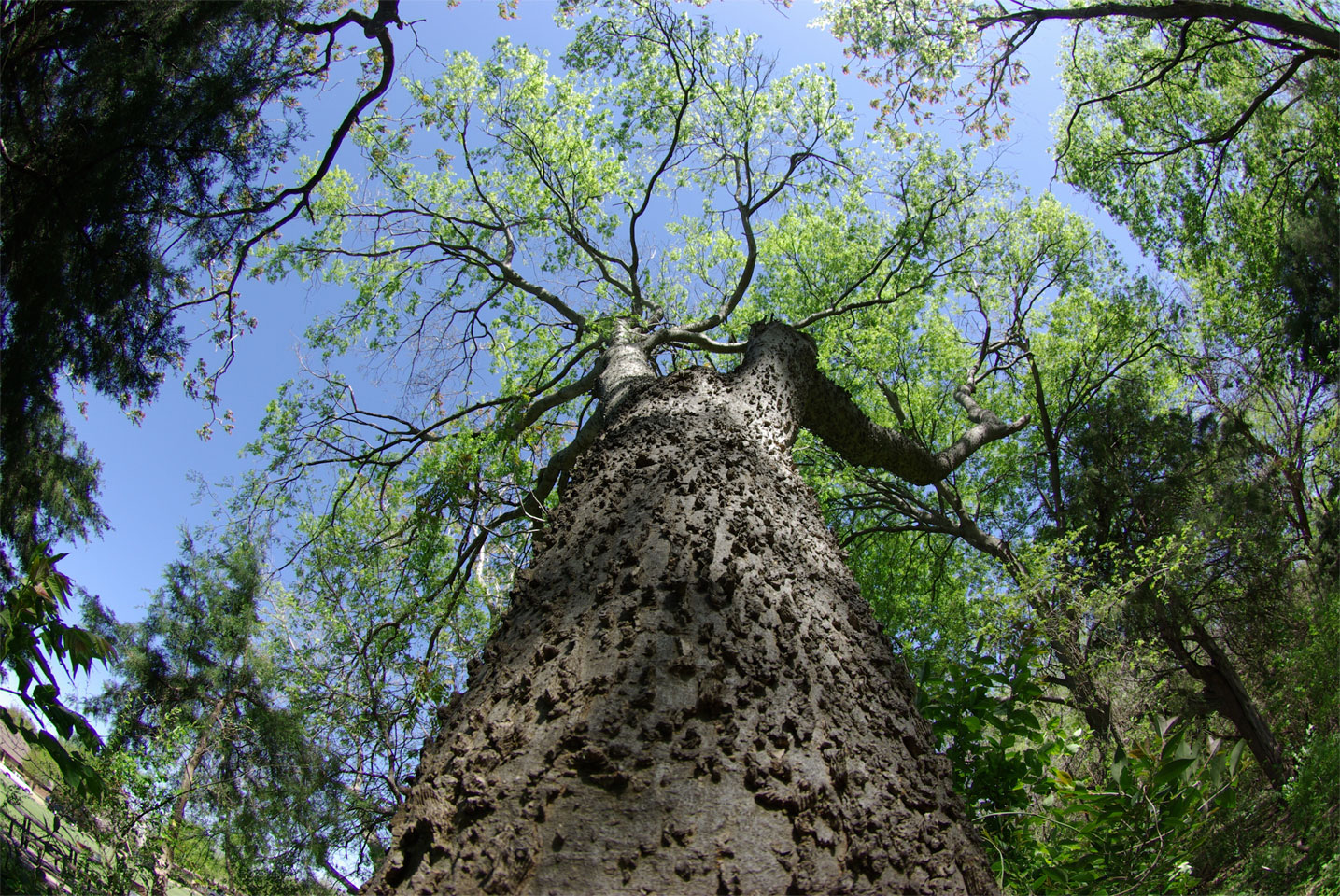 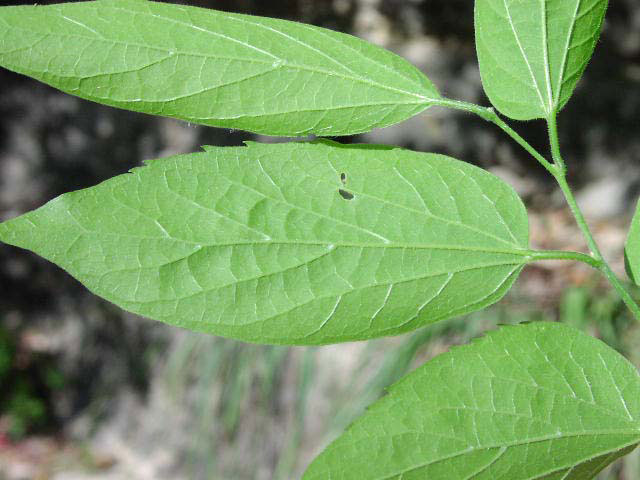 Fertile female flowers give way to an often abundant fruit crop of round fleshy berry-like drupes about 0.4–0.9 cm long. Fruits are initially green turning to orange, red or dark purple as they mature. Fruit has thick skin with netlike pattern on the surface. Each drupe has one round brown seed within. Fruits are attractive to a variety of wildlife. Birds consume the fruits and disperse the seeds. Fleshy parts of the fruit are edible and sweet.

Traditional uses and benefits of Sugarberry