Trending
You are at:Home»Medicines»The benefits of Berberine 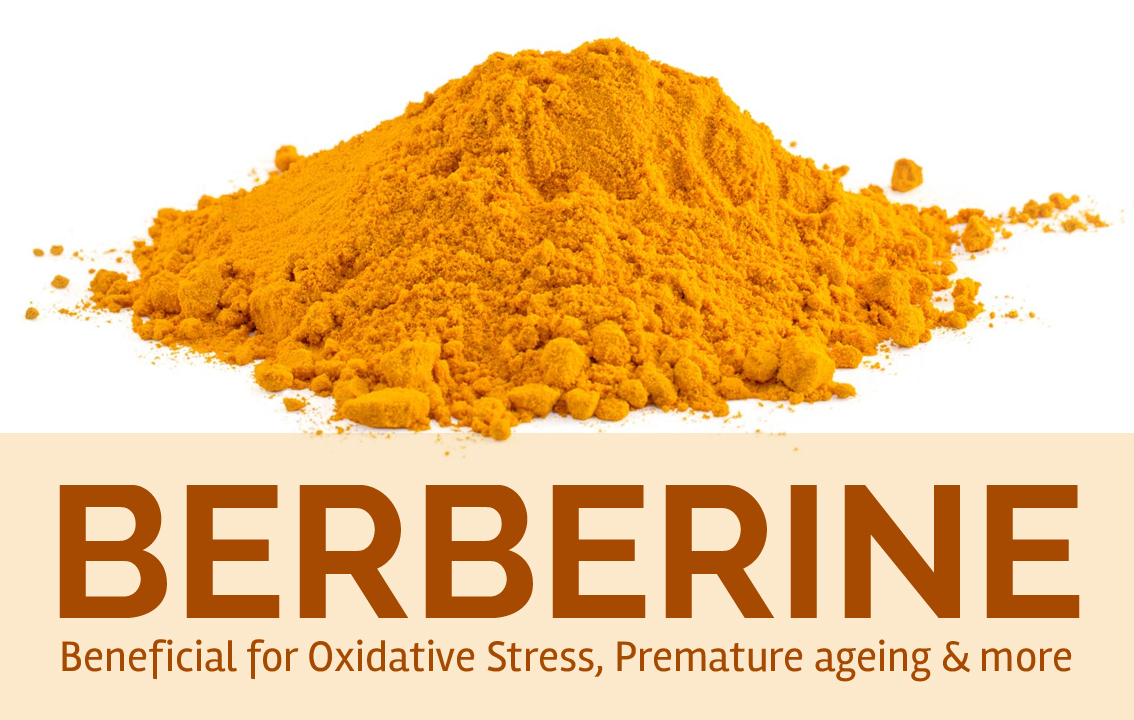 Berberine is a natural active principle found in many plants, particularly those of the berberidaceae family such as Berberis vulgaris and Berberis aristata. The multiple benefits of these two plants are recognised by a number of traditional systems of medicine, including those of China and India where the properties of berberidaceae plants are used to fight infection. Over the years, this anti-infection action has been attributed to berberine, with scientists also demonstrating numerous other benefits for this natural active principle. Available nowadays as a dietary supplement, berberine is associated with antioxidant, anti-inflammatory, anti-ageing, anti-infection, anti-diabetes and blood lipid-lowering effects.

The properties and traditional uses of berberine have attracted considerable scientific interest. Researchers have identified multiple health benefits for this active principle.

Berberine is a natural antioxidant. This means it is able to combat oxidative stress – the accumulation of highly-reactive oxygen species that cause considerable damage in the body. [1]

Oxidative stress is known to play a role in the ageing process. As a result of its natural antioxidant potency, berberine thus helps to combat various effects of ageing. [2]

Berberine also has an anti-inflammatory effect which appears to be particularly effective against infection-induced inflammation. A number of studies have shown that taking berberine regularly can help reduce the body’s inflammatory response.

As mentioned, berberine has been identified as the ingredient responsible for the anti-infection effects of berberidaceae plants. Featuring in several traditional Asian pharmacopoeia, these plants have been used for many years to fight infections such as infectious diarrhoea. Research has shown that berberine not only has anti-bacterial effects against staphylococcus, streptococcus and salmonella, but also anti-amoebic and anti-protozoan activity.

Scientists have for some years been investigating the anti-diabetes action of berberine. It appears to have a similar capacity for lowering blood glucose levels as diabetes drugs such as metformin, with researchers showing that it reducing glycaemia via several mechanisms. It seems to increase insulin sensitivity, encourage glucose uptake and improve its use in the body. It may therefore help control the hyperglycaemia that characterises type 2 diabetes. [5]

Scientists have recently discovered a new health benefit for berberine: it may help prevent and treat non-alcoholic steatohepatitis (NASH). Within just a few years, this inflammatory liver condition has become a major public health issue. It is caused by abnormal accumulation of fat in liver cells, due largely to poor diet and lack of physical activity.

Where can berberine be found?

As a result of its many benefits, berberine is widely-recommended in the field of phytotherapy and has become very popular as a nutritional supplement. Extracted from various plants, this active principle is available in the following forms: