Trending
You are at:Home»Facts»Things to Know about Palm Oil 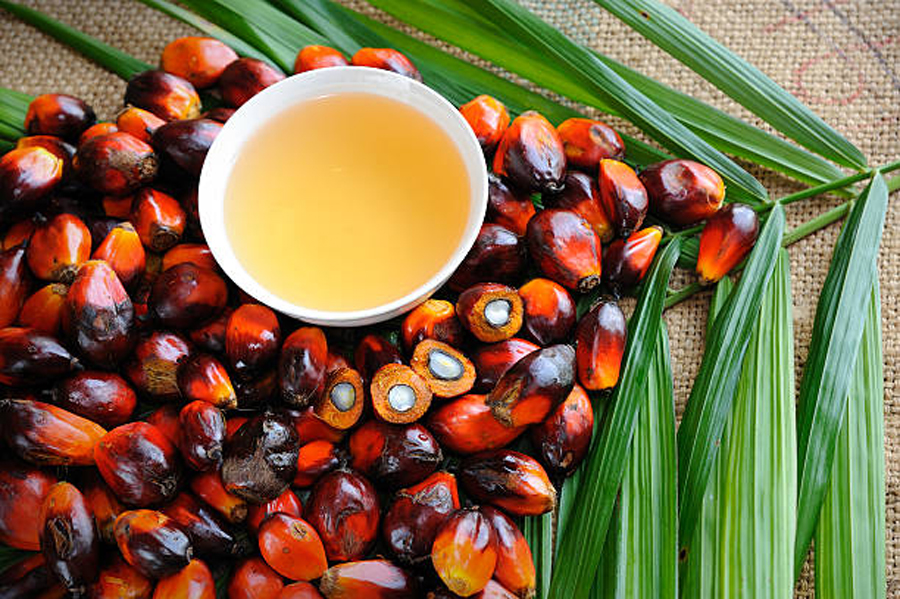 Today, you can find palm oil in many foods, cosmetics, and other items from our daily life. However, this product is highly controversial, and these contradictions are associated with the methods of oil palm cultivation.

On the other hand, this type of oil has several health benefits. This piece examines the different sides of the consumption and production of palm oil. You can also find out how it can be good for your health, how its production is harmful to the environment, and whether palm oil can be safe.

What is palm oil?

Palm oil is obtained from African oil palms, namely from their fleshy fruits. It distinguishes palm oil from palm kernel oil, which is obtained from seeds. There is also unrefined palm oil, which is called red because of its reddish-orange hue. The Elaeis guineensis tree, native to West and Southwest Africa, is the primary source of palm oil. It has been used in this region for over 5 thousand years.

Elaeis oleifera is a similar palm species but rarely used commercially and grows in South America. However, a hybrid of the two plants can be used to produce palm oil. The area of oil palms growth is not limited to Africa and South America.

In recent years, they have also been grown in Malaysia and Indonesia. These regions are currently the leaders in the supply of palm oil, and they account for 80% of the world market for this substance.

Palm oil looks like coconut oil, and it remains semi-solid at room temperature. The melting point of palm oil is  95 F (35 C). Coconut oil melts at lower temperatures, as low as 76 F (24 C). This difference is because these oils have different compositions of fatty acids.

Where is palm oil used?

You can find palm oil in a wide variety of foods. It is used in cooking, hair, facial, oral hygiene, deodorant, and more. For example, you can find palm oil in peanut oil, and it acts as a stabilizer and prevents oil from settling or separating. In addition, palm oil is used as biofuel, an alternative energy source, and animal feed.

This oil is described as zesty and earthy, and it also tastes like pumpkin or carrots to some people. It isn’t easy to imagine a spicy West African or tropical cuisine without this ingredient. In addition, palm oil has another valuable property, and it remains stable at high temperatures and is excellent for frying and stewing. This oil is also found in cereals, cookies, bread and other baked goods, coffee, cream, and margarine.

In many foods, palm oil was replaced by trans fats in the 1980s. The reason was in a worry that palm oil may harm cardiovascular health. However, studies have shown that trans fats are hazardous to health, and palm oil is being reintroduced as a healthier alternative.

Why is palm oil everywhere?

Palm oil has several useful functions and properties, so it is widely used to manufacture various products. At room temperature, the oil retains a semi-solid state, and in this form, it can be spread.

An essential function of palm oil is also to prolong the shelf life of food, as it is resistant to oxidation. Resistance to high temperatures makes it possible to use palm oil in frying and get a crispy brown crust. It is important to note that for all these uses, the oil does not add odor and does not affect the appearance of the products.

When it comes to grower benefits, palms are a much more versatile and efficient crop. A large amount of oil can be obtained from a small area all year round. Accordingly, farmers can count on a stable income year-round.

Does it have health benefits?

Consuming palm oil may provide some health benefits. For example, this product is a source of tocotrienols, vitamin E with potent antioxidant properties. These components contribute to the maintenance of brain health. Tocotrienols have been shown to help slow dementia by supporting and protecting delicate polyunsaturated fats in the brain. Palm oil can also reduce the risk of stroke and prevent the development of brain damage.

Palm oil also has several heart health benefits. Research results for these properties are mixed but have been shown to reduce the risk of cardiovascular disease. People who ate a diet high in palm oil had a decrease in bad cholesterol and total cholesterol.

It is worth noting that lowering cholesterol levels alone cannot completely prevent heart disease risk, and other factors also have a significant impact. As for people with pre-established heart disease, a study of 1995 showed a slowdown in the progression of the disease due to the consumption of palm oil.

Why are there so many controversies about palm oil?

Despite its beneficial functions and properties, palm oil remains a controversial product. All of these controversies revolve around ethical issues regarding the environmental impact of palm oil production. The growing demand for palm oil has led to a significant expansion in the palm oil cultivation and production in Thailand, Indonesia, and Malaysia. The climate of these countries is excellent for the cultivation of oil palms.

In 1990, 45% of the palm plantations in Southeast Asia were the forest, which was a habitat for various species of animals. In addition, deforestation leads to greenhouse gas emissions, which significantly accelerate global warming. Peat bogs are also being destroyed for growing palm trees.

In addition, palm oil companies reportedly violated human rights. These violations are related to the deforestation of forests and agricultural areas without permission. There were also reports of low wages, unsafe working conditions, and declining quality of life.

Fortunately, experts report that there is an opportunity to use more sustainable methods of palm oil production that are also more ethical. For example, to reduce greenhouse gas emissions by up to 60%, it is possible to grow oil palms not in forests but only in areas with a low carbon stock.

A separate organization, RSPO, is dedicated to creating and developing methods and practices for more sustainable palm oil cultivation. This organization certifies manufacturers who adhere to specific standards. The list of these standards includes adherence to the ban on deforestation, destruction of ecosystems, and habitats of rare species.

The use of pesticides and fires is also significantly reduced. An essential point for obtaining a certificate is observing international labor standards for workers in this sector and a fair attitude towards them. It is also critical to inform and consult with the local community to create new palm plantations.

The popularity of palm oil in various products is due to its many valuable functions and properties. For example, palm oil can maintain the texture of the product and extend its shelf life. In addition, palm oil can provide human health benefits. Research results indicate that palm oil contributes to the maintenance of the health of the cardiovascular system, the brain and is also a source of valuable vitamin A for the human body.

The palm oil production methods are controversial. Their plantations’ creation is a reason for tropical deforestation, which leads to the release of greenhouse gases that affect climate change and a decrease in the population or extinction of rare species of animals deprived of their habitat. RSPO is committed to addressing issues related to the safe and sustainable production of palm oil, including attitudes towards employees in the sector and the prevention of deforestation.