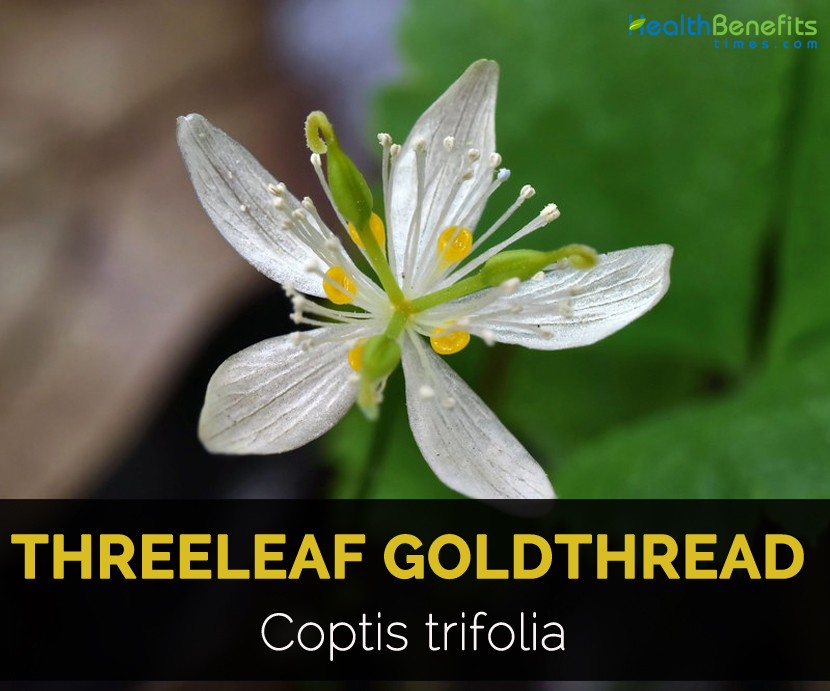 Threeleaf goldthread scientifically known as Coptis trifolia is a perennial plant belonging to the genus Coptis, and a member of the family Ranunculaceae. The plant is native to low places, dry woods or meadows in northern, western and middle regions of northeastern United States and much of Canada. The plant is listed as endangered in Maryland and classified as sensitive in Washington. It has been part of Asian and North American traditional medicine for hundreds of years. The roots of the plant look like a tangled mass of gold thread, hence its name. Herbal goldthread is actually the powdered rhizome, or underground stem, of the goldthread plant.

The common name refers to the yellow, thread-like underground roots. Goldthread, Queen of the Meadow, Joe-Pye Weed, Kidney Root, Trumpet Weed, Purple Boneset, Yellowroot, Vegetable Gold, Mouth-Root, Coptis, Yaller Root, Dye Root and Golden-Seal are some of the popular common names of the plant.  Another common name, Canker-root is derived from the fact that early settlers and Indians used this plant to treat mouth sores. The genus name Coptis comes from the Greek word meaning “to cut.” This is a reference to the divided leaves. The word “trifolio” means “having three leaves,” a reference to the number of leaflets. Goldthread is listed in some guide books as Coptis groenlandica – an earlier scientific name.

Threeleaf goldthread is a small low-growing, perennial evergreen plant that normally grows about 5–6 ft. tall. The plant is found growing in wet to mesic, coniferous and mixed forests, bogs, willow scrub, and tundra. The plant has slender and hairless stem. The plant has attractive, glossy evergreen leaves that are 1-2 inches wide and appear at the end of a stem which is usually shorter than the flower stem. The leaves are compound, divided into three scalloped leaflets. The leaflets are fan-shaped, with small teeth around the tip end. Goldthread’s leaves uncoil every spring like a fern, as they replace the old evergreen leaves of the previous year.

Threeleaf Goldthread bears a solitary, small white flower on a long, slender, leafless stem. Each flower is ⅜ to ½ inch across and has four to seven petal-like sepals and many white stamens. The bright green styles are curled at the tip. The golden yellow club-shaped petals are shorter than the stamens and have a cup-shaped tip that holds nectar. Most plants have only one flowering stem. Flowering normally takes place from May.

Fertile flowers are followed by an array of four to seven pods, each about 1/3 inches long. The capsule-like fruit changes from green to tan or light brown and splits open to expose the seeds. 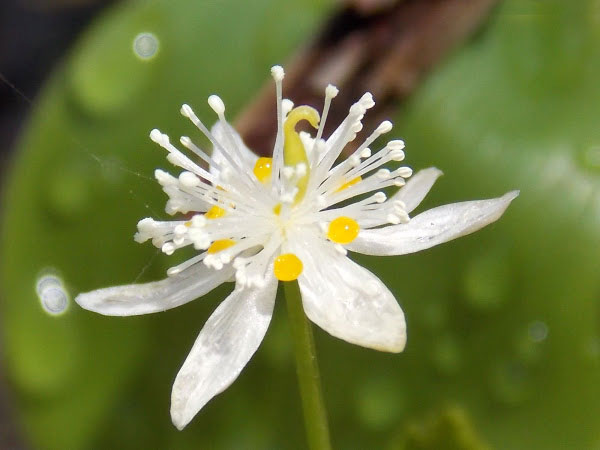 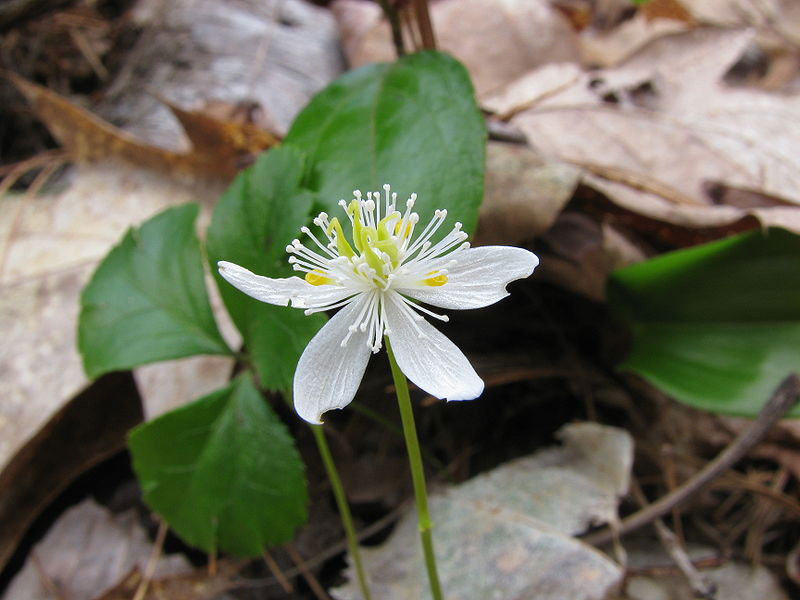 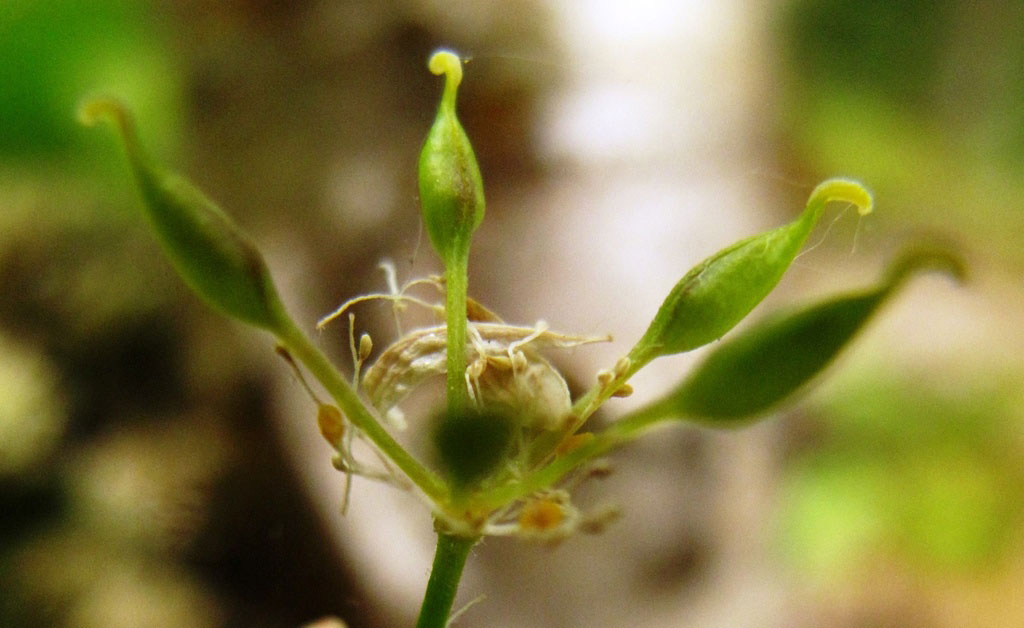 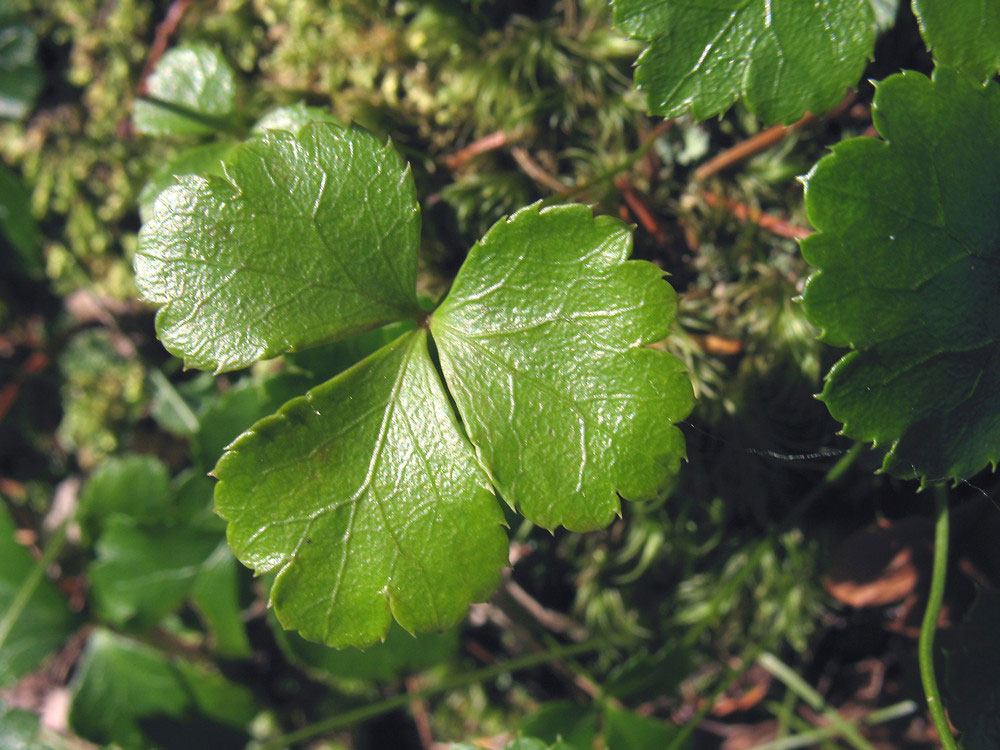 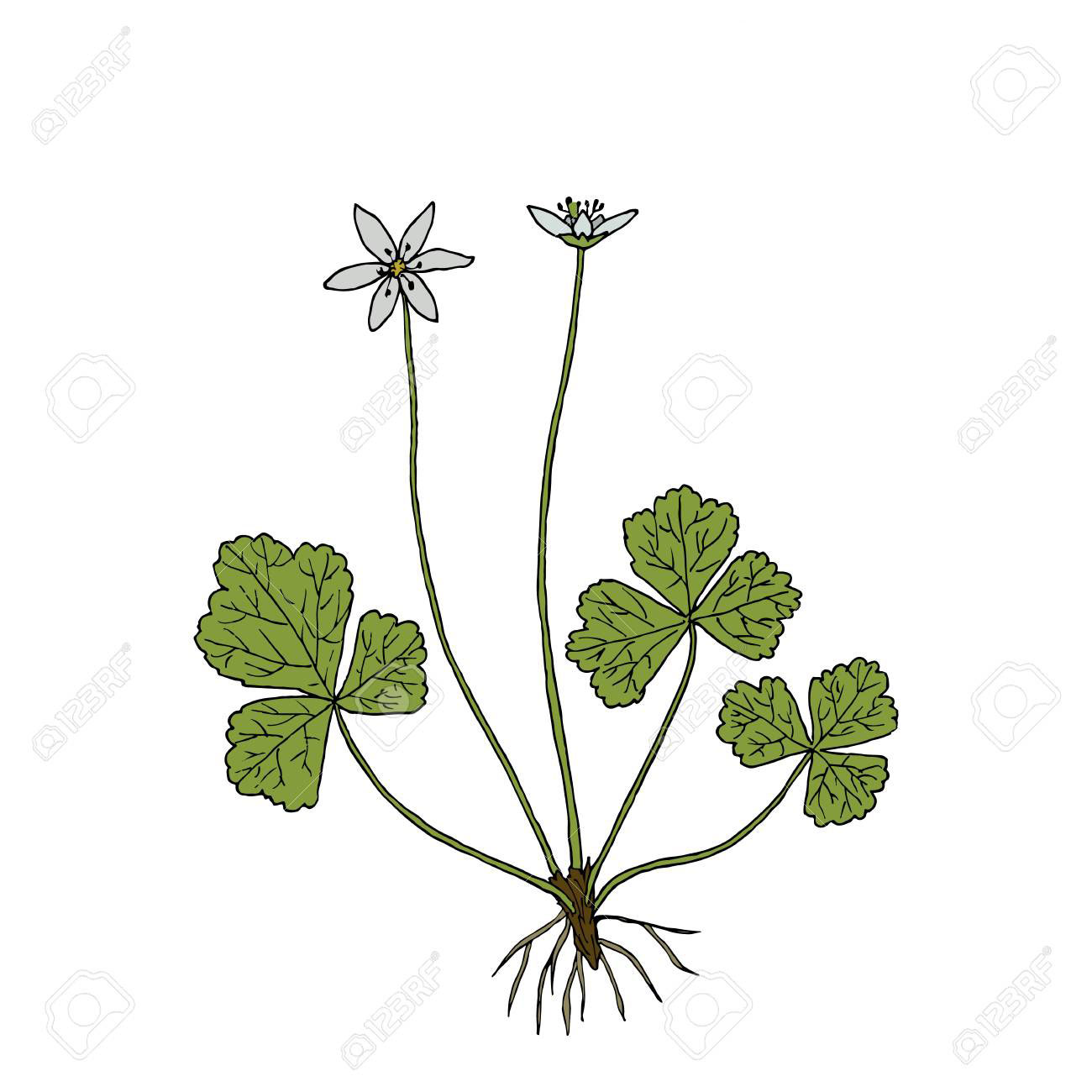 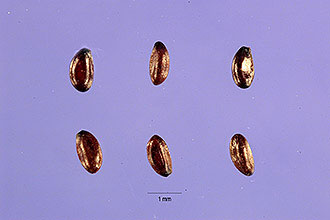 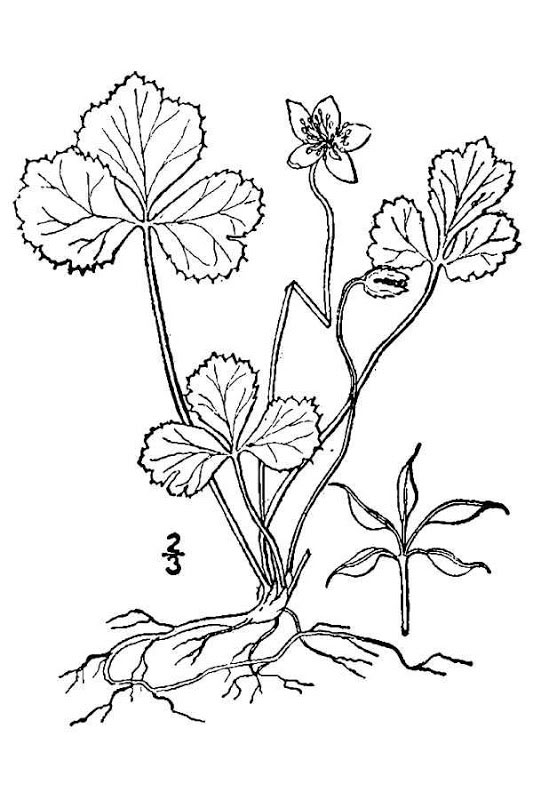 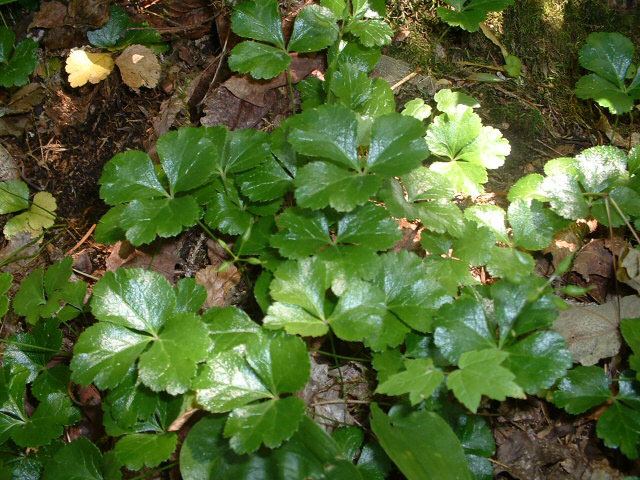 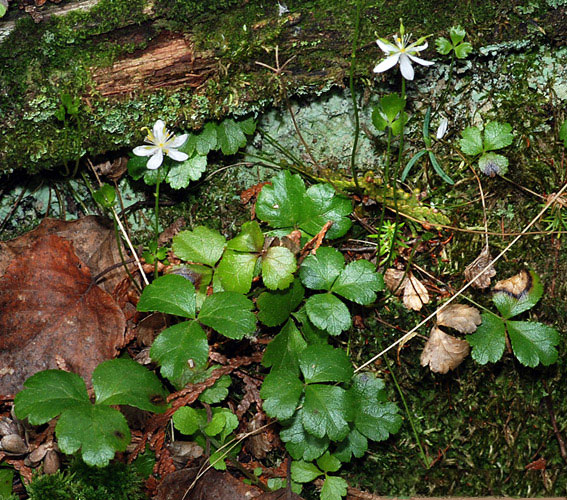 The strong decoction of the root is esteemed almost an infallible remedy for gravel and accumulations of the associated bladder, kidney and the urinary system. To mention a few: dropsy, neuralgia, lumbago, gout, rheumatism and joint stiffness caused by uric acid deposits. It has also been recognized as being an agent for sterility, threatened abortion, as well as incontinence of urine. Queen of the meadow is also used in nerve fibres, which once destroyed can never be replaced.