Trending
You are at:Home»Facts»Top 10 Most Common Health Issues Worldwide 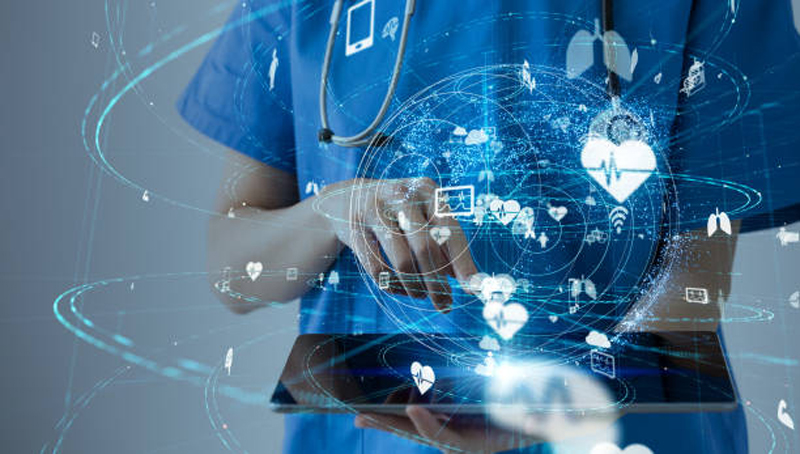 Humans have managed to improve their health care significantly in the last few decades. Today, we live longer and healthier lives than our predecessors. On top of that, we can quickly take care of health problems that were considered deadly just a century ago.

Moreover, there are thousands of hospitals worldwide, and they can find an MRI machine or a stretcher for sale in just a few minutes. Nevertheless, there are still many health issues that are yet to be solved. Even with significant technological advances in the healthcare industry, many of them are still really common. Do you want to know what they are? If that is the case, then check out this list of the most common health issues.

Millions of people die of cancer annually. As a result, cancer is one of the most common causes of death in the world. While cancer is primarily found in older adults, it is worth mentioning that it is not limited to that age group.

Cancer occurs when cells start growing and multiplying uncontrollably. These cells are often found in vital organs, such as the lungs and the kidneys. While a definitive cure for cancer has not been discovered just yet, surgeries, chemotherapy, and radiotherapy can help deal with it.

hour, one in the next 63 seconds. All told, about 76 million Americans who are alive today will eventually encounter cancer. Experts say that three out of every four families will be affected by one form of the disease or another It’s the price we pay for living in a society that smokes, drinks, lies out in the sun, eats a lot of fatty foods, and works with hazardous substances that are incompatible with human life.

Heart disease has always been a serious health problem. It is responsible for millions of deaths every year. The most common causes of heart disease are physical inactivity and obesity. Considering this, if you want to keep your heart healthy for a long time, try to avoid alcohol, eat healthy foods, and exercise regularly.

Digestive health issues, such as irritable bowel syndrome, come with many unpleasant symptoms, including diarrhea, abdominal pain, and bloating, among other things. Such issues are most commonly caused by stress and consuming large amounts of unhealthy foods.

The best way to keep your gut healthy is to maintain a balanced diet and stay hydrated. On top of that, make sure to get enough sleep and avoid stress. However, if your symptoms are getting worse and worse or if they do not go away after a few days, you should consider calling your doctor.

Arthritis is a very common health issue that is characterized by the degeneration of articular cartilage, which can cause pain and make moving around really difficult. Osteoporosis, on the other hand, is a condition that makes bones very weak and porous. As a result, they are more likely to break.

Osteoporosis is more common in women than in men. It normally develops when women reach menopause. On the other hand, arthritis can occur in both sexes at any age. Both of these conditions can be treated with painkillers.

Arthritis is generally a disease of aging: If you live long enough, you’ll probably get some kind of arthritic pain or stiffness somewhere, like the 37 million Americans who have arthritis right now. If one kind doesn’t get you, there are more than 100 others skulking about looking for joints, muscles, ligaments, or tendons to invade. The National Institute of Arthritis and Musculoskeletal and Skin Diseases estimates that serious arthritis hinders the daily lives of 4.4 million Americans, partially disabling 1.5 million, and completely disabling another 1 .5 million. This disability robs the country of 70 million days of work each year.

Arthritis can be caused by injury to joints. It may also come along with an infection like Lyme disease. Or, as in the case of drug-induced lupus, it can be a by-product of medication. But most of the time, the cause is unknown. Why should joints wear out, as in osteoarthritis? Is there some kind of microbe that makes the immune system attack the very body it’s supposed to defend, as in rheumatoid arthritis? Could arthritis be an allergic reaction to certain foods? Can you inherit a susceptibility to it? Is it a nervous system malfunction? Or is it perhaps not a single disease at all, but a group of symptoms, each with a different cause?

All of these theories, and more, backed by rigorously researched evidence, have been advanced in the search for a cause, and thus a cure, for arthritis. The search continues; there is no known cure. But treatment for all types of arthritis is constantly improving, and people with arthritis generally live much more comfortable lives than a generation ago.

Asthma is one of the most common respiratory diseases in the world. It occurs because of the inflammation of the airways. The inflammation occurs when the immune system overreacts to numerous environmental triggers, such as pollutants and allergens.

Symptoms of asthma include shortness of breath and coughing. If you have asthma attacks frequently or if you experience unusual breathing difficulties, talk to your doctor about it as soon as possible.

Heartburn is a very common condition that affects millions of people all across the globe. While it may seem harmless at first glance, it can cause a lot of discomfort and pain and might even lead to more severe health problems, like esophageal cancer or esophageal ulcers.

Heartburn occurs when acid from your stomach enters your esophagus. Its main causes are stress, pregnancy, and certain medications. If you do not want to suffer from heartburn, you should stop eating fatty foods and stay hydrated, as well as try not to get stressed.

High blood pressure is one of the most common health issues worldwide. It affects more than one billion people. This condition makes your blood vessels thicker than normal and causes arteries to stiffen, which makes it harder for blood to flow through them than normal.

If this condition is not treated in time, it can lead to rather unpleasant symptoms, such as shortness of breath. In the long run, it might result in a heart attack, a stroke, or an aneurysm.

Blood pressure tends to increase with age for both men and women. However, some factors can make it much worse, including being overweight or obese, as well as eating unhealthy foods. Considering this, if you do not want to suffer from hypertension, you should exercise regularly and have a balanced diet.

Your body is a smoothly operating food processor, changing sugars, starches, and other components of the diet you eat into energy. Unless you’re one of the 1 1 million Americans with diabetes. Scientists don’t know what causes diabetes, but they do know that when people have it, the body either doesn’t make enough insulin, or it can’t correctly use the insulin it does make.

Insulin, a hormone produced by the pancreas, is needed to help move glucose, or blood sugar, into the cells where it can be changed into energy. Otherwise glucose levels in the blood build up, and sugar spills over into the urine.

The repercussions from the disease are enormous. Diabetes often leads to heart disease, stroke, gangrene, and kidney disease. The risk of heart disease is two to four times greater for people with diabetes; the risk of stroke is two to six times higher. Diabetes is also the number one cause of adult blindness in the United States. Each year, there are more than 5,000 new cases of blindness resulting from diabetes.

By age 65, a person’s odds of developing diabetes are almost one in ten. But perhaps most disturbing is the fact that of the more than 1 1 million people with diabetes, 5 million have not yet been diagnosed- many may not even suspect that they have diabetes.

Almost everybody knows the misery of headache. In fact, three out of four people have at least one headache a year And for 45 million Americans, headaches are a chronic problem. Fortunately, most headaches are not signs of serious illness, though the pain may be very annoying. Ninety percent of headaches are classified as tension headaches, and that everyday villain, stress, is usually the cause. Migraines, which involve the cerebral arteries, bring even more

severe pain and affect 16 to 18 million people, the majority of them women. The sum of all this head pain is more than $4 million a year spent on over-the-counter remedies and an annual loss to industry-due to absenteeism and medical expenses-of $55 million. Those who suffer the most and the longest may look beyond their medicine chest and family doctor. Special headache clinics, which offer other forms of treatment such as biofeedback, now exist in just about every part of the country.

High blood pressure, or hypertension, is one of the most common chronic conditions in America, affecting more than 58 million people. But it is also one of the most mysterious. Doctors can find the cause only 10 percent of the time— then it’s called secondary hypertension, linked to an underlying condition such as kidney disease, an adrenal gland tumor, or a congenital defect in the heart’s main artery. But in essential hypertension- 90 percent of the cases- the cause is unknown. Everyone has blood pressure. The heart’s pumping action makes the blood exert pressure against artery walls. These walls are elastic, and can expand or contract to maintain blood pressure at more or less consistent levels.

High blood pressure occurs when the pressure hits or exceeds 140 mm Hg (millimeters of mercury) systolic and/or 90 diastolic. It shows the heart is working harder than it should and the arteries are under greater strain than they should be. The results of high blood pressure are severe and often deadly: atherosclerosis, heart attacks, congestive heart failure, stroke, and kidney failure hypertension contributes to about 250,000 deaths each year Half of those having a first heart attack and two-thirds of those having a first stroke also have high blood pressure.

As you can see, there are numerous health issues out there that are very common, including cancer, heart disease, and hypertension. Fortunately, many such issues can be treated. You just have to make sure to monitor your health and think about testing your blood every year.

If you find yourself suffering from the symptoms of the issues mentioned above, contact a medical professional as soon as possible. They can help improve your quality of life quickly and effectively, often without the need for drastic medical procedures.