Trending
You are at:Home»Herbs and Spices»Health benefits of Wax Mallow 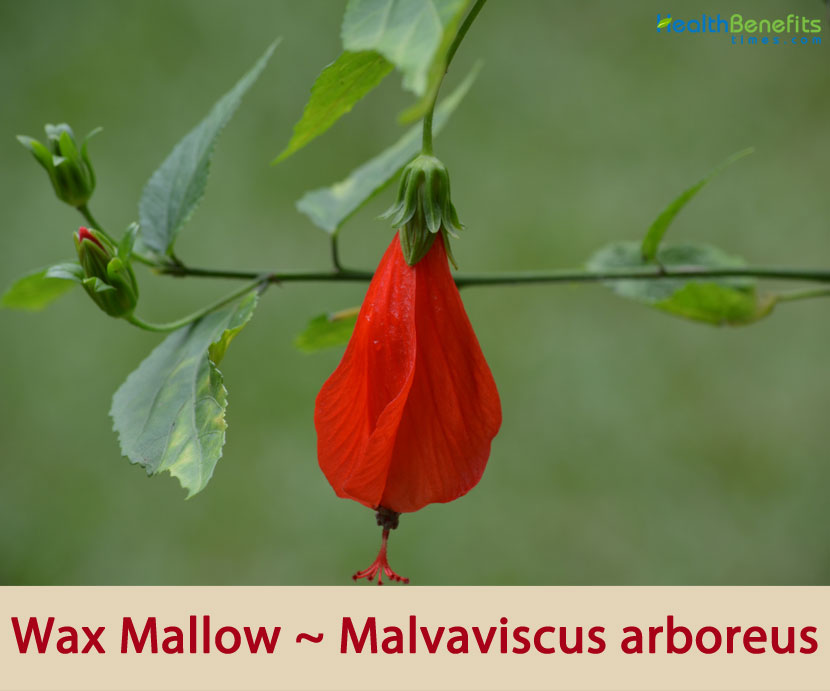 The plant is so named because of its flowers which look like unopened Hibiscus flowers. The name for the genus comes from the Latin words ‘malva’, meaning “mallow,” and ‘viscus’ meaning “sticky” in reference to the sticky sap produced by members of the genus. The specific epithet arboreus means tree and is a reference to how large this plant can grow. Its flowers do not open fully and help attract butterflies and hummingbirds. It is an important food source for female and juvenile Ruby-throated Hummingbirds and Black-chinned Hummingbirds. Each individual flower lasts two days but contains more nectar on the first day. Turk’s Cap Mallow is also known as “Snakeweed” in south Alabama where it is thought to repel snakes.

Wax Mallow is an erect, spreading, multi stemmed, perennial, deciduous herb or shrub that normally grows around 10 to 14 feet tall and around 3 feet wide. It is a colonial plant with stems rooting when they meet the soil. Stems are erect or arching, green in color, and pubescent. Older stems are glabrous with thin, smooth, papery bark. Stems are thickly covered with stellate hairs. It can also be considered a dwarf variety of Sleeping Hibiscus. The plant is found growing in waste places, wet areas, coastal areas, disturbed sites, mesic forests, riversides, secondary forests, sandy pine woods, in scrub oak woods, along fence rows, and on dunes. The plant thrives best in a diverse range of well- drained, moist soils, in full sun or partial shade. It is drought tolerant and deer resistant.

Leaves are alternate, petiolate, unlobed or shallow 3-5 lobed after the middle part towards the apex, broadly ovate-elliptic to lanceolate, about 4-22 cm long and 3-13 cm across, base rounded 5-9 veined, margins coarsely crenate-serrate or rarely entire, apex acute to acuminate, sparsely pubescent with simple and stellate hairs both above and beneath. Petiole is puberulent, about 2-5 cm long. Stipules are linear spathulate, caducous, about 3-5 mm long.

Flowers are red, usually solitary in upper leaf axils, pendulous, corolla funnel-shaped, 5-6 cm long, five petals slightly left-rotated to roll, not spreading, style slightly longer than corolla. Corolla is 3-5 times longer than calyx, involucract bracteoles spatulate. Petals are with prominent auriculares at base, stamens aggregated into columns, longer than petals, petals only slightly spread distally, barely fruitless. Wax mallow has a bright red flower with orange red and odd red veins. It blooms throughout the year in the tropics, from September to late December. Wax mallow can be described as a non-flowering hibiscus, but in fact, rather than saying that it does not flower, its petals do not open. To judge whether it is flowering, just look at whether the stamens out of the corolla, the stamens out of the corolla, until the stamens wilting before it is in bloom. Wax mallow blooms year-round. The orange flowers have delicious nectar and are sweet. The most distinctive is that its petals are not opened, only stamens and pistils out of the petals, the whole flower is like a girl with shame wrapped tightly in a red robe.

Fertile flowers are followed by a red, fleshy, berry-like capsule, globose-cylindrical, about 1.5 cm across. The fruit are edible. Seeds are reniform or subglobose and are brownish colored. 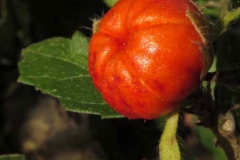 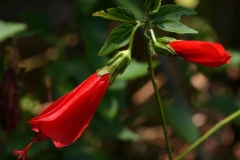 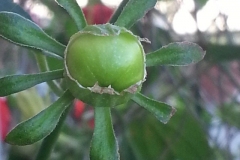 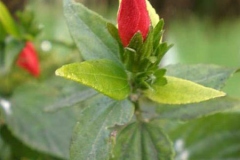 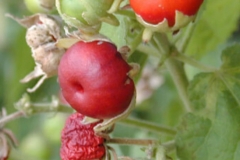 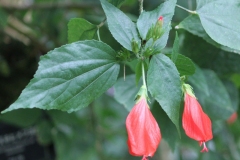 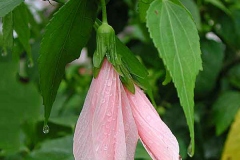 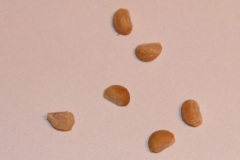 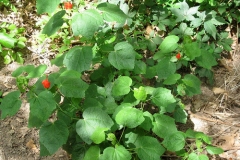 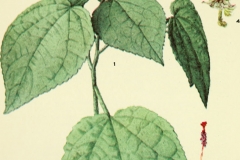 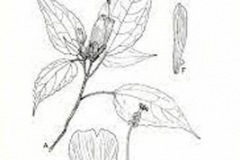 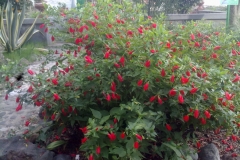 The antipyretic properties of this herb make it great to lower fevers. Its demulcent action helps to calm a sore throat and decrease coughing. It also helps to boost the immune system in general, largely due to the high vitamin C content. These properties make Wax Mallow a great plant to use in the case of cold or flu.

Not only is this herb a cardio tonic, helping to improve the health of the cardiovascular system as a whole. It also is a diuretic that helps to lower blood pressure.

Many traditional cultures use Wax Mallow flowers for controlling blood sugar. This is normally useful for both type 1 and type 2 diabetes.

Flowers of this plant are high in vitamin C and other nutrients that help reduce the occurrence of gallstones. Some traditional cultures also use these flowers to help treat existing gallstones.

The demulcent properties of the leaves and flowers can help to soothe irritated, itchy skin. This extends to the scalp where the herb also helps to slow balding and may even help to promote the growth of hair in some cases.