Trending
You are at:Home»Facts»What are the Different Treatment Options for Carpal Tunnel Syndrome? 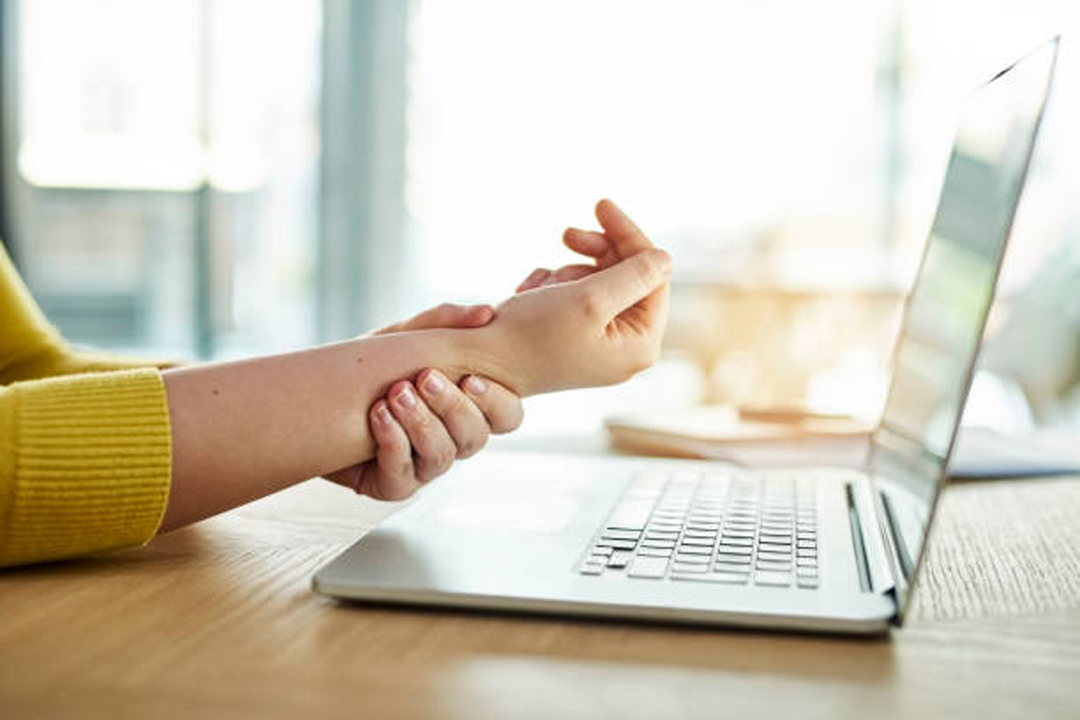 Carpal tunnel is an entrapment neuropathy condition or a condition that occurs when a nerve becomes compressed between ligament and bone. In the case of carpal tunnel, the median nerve that runs from the forearm down into the palm can become compressed during wrist movement, causing pain, weakness, and sometimes numbness or burning sensations in the arm and hand.

Carpal tunnel syndrome can occur from repetitive movement, genetics, or injury. Luckily, there are countless ways to treat carpal tunnel. Caring for carpal tunnel can look like practicing yoga to help carpal tunnel surgery recovery. The type of treatment administered varies by person and case severity.

Carpal tunnel accounts for 90 percent of all neuropathy cases. As prevalent as the syndrome is, no one treatment plan fits all. Finding relief is a matter of trial and error. However, many people alleviate or stop their symptoms altogether with one of the following treatment options.

Being mindful of your activity is often enough to curb or completely stop symptoms. However, this is most effective in mild cases. Adjusting activity may look like avoiding tasks that irritate the nerve, such as typing, swiping on a cell phone for an extended amount of time, knitting, or painting.

Unfortunately, most jobs require dexterity. Therefore, avoiding activities that worsen symptoms is sometimes impossible. However, making a conscious effort to rest can make a significant difference. While at work, rest for 10 to 15 minutes every hour. During this time, apply ice to the pain area to reduce inflammation and take pressure off the median nerve. Before bed, apply heat. Studies show heat application increases the elasticity of the median nerve.

Yoga is another excellent treatment option for people with mild symptoms. Through increased circulation and gentle stretching, yoga improves grip strength and mobility while reducing pain. Yoga may also minimize inflammation, reduce pressure on the median nerve, and alleviate other carpal tunnel symptoms, such as pain, weakness, and tingling.

At the end of the trial, the group that practiced yoga displayed more improvement than those that wore a wrist splint. Yoga is also an excellent way to prevent carpal tunnel syndrome for anyone with a job that requires frequent finger and wrist movement that can come from typing or other activities.

Additional research suggests that the relief is long-lasting, too. Although the reason is unknown, some experts believe acupuncture rewires how the brain perceives and responds to pain.

The practice also prompts circulation to the pain area, reducing inflammation and taking pressure off the median nerve. Some people utilize acupuncture as their primary form of treatment, while others combine it with other methods, such as rest, stretching, and night-time splinting.

Over-the-counter medication or nonsteroidal anti-inflammatory drugs (NSAIDs) such as ibuprofen, aspirin, and naproxen can mitigate pain, but they do not cure carpal tunnel. Most people utilize over-the-counter medication as a secondary treatment or in tandem with another method. Some people may use anti-inflammatory drugs after overusing their wrists and fingers.

However, anti-inflammatory drugs are a short-term solution and should not be used routinely without speaking to a healthcare provider first. If you need pain relief, your doctor can likely develop a safe and effective treatment plan.

When over-the-counter drugs become the norm, your doctor may prescribe you corticosteroids as an alternative. Corticosteroids are offered to people with severe carpal tunnel syndrome after other treatment options have been exhausted. Corticosteroids are anti-inflammatory drugs that can be taken by mouth or injected. However, the injection is much more effective than tablets. Corticosteroid tablets also cause more side effects, such as stomach pain and weight gain.

The drug works by reducing swelling to relieve pressure from the nerve and alleviate irritating symptoms. Unfortunately, corticosteroids do not provide long-term relief. Therefore, doctors often schedule people with carpal tunnel syndrome for an injection every few weeks or months.

When corticosteroid injections fail to alleviate pain, a healthcare provider may discuss carpal tunnel release surgery as a treatment option.

With open carpal tunnel release, the surgeon cuts open the wrist and then cuts the ligament above the median nerve to remove pressure and hopefully alleviate symptoms. This surgery typically requires general anesthesia and has a recovery time of approximately six weeks.

With endoscopic carpal tunnel release, the surgeon will perform two minor cuts – one on the wrist and one on the palm. They then place a camera through one of the incisions to guide them toward the ligament above the median nerve. Through the second incision, the surgeon uses small tools to cut the ligament and create more space for the nerve.

Doctors often perform endoscopic carpal tunnel release surgery while the patient is awake under local anesthesia. This method also cuts the recovery time in half to three weeks. Regardless of the surgery you receive, your doctor will likely require you to wear a splint after and provide you with exercises to improve recovery.

Carpal tunnel syndrome is prevalent, but luckily there are plenty of ways to treat and even stop it. If your symptoms are more severe, a doctor can determine the best treatment for you.