Trending
You are at:Home»Facts»What are the symptoms of insulin deficiency and what does it mean for your blood sugar level? 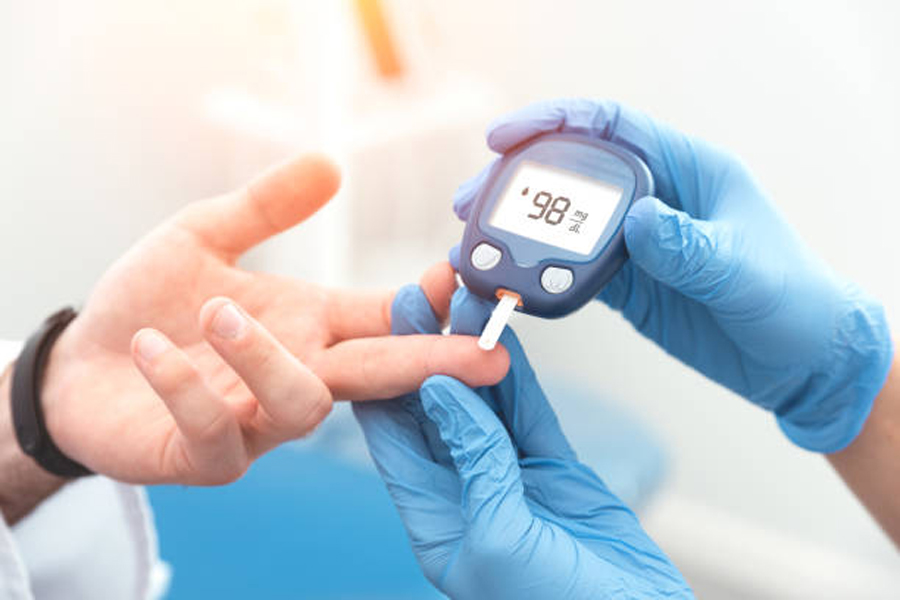 Diabetes is a condition that has been in the public eye for quite some time. However, plenty of people still don’t grasp the nature of insulin, as well as what does it mean to have too little of this hormone in the blood. Without further ado, let’s investigate the condition called insulin deficiency.

First things first, insulin is a hormone created by beta cells of the human pancreas. It’s responsible for glucose conversion into energy by the fat cells and by the liver. While normally, the right amount of insulin is released to deal with excess blood sugar, some conditions like diabetes make things more complicated.

When the levels of insulin are too low, there isn’t enough of this hormone to absorb glucose from the blood. It means that its levels will continue growing, increasing the chance to develop prediabetes and, if no measures were taken, diabetes itself.

Keeping sugar in check is important for a person’s metabolism, as well as for their overall health. Too high blood glucose levels can be told by some unpleasant symptoms.

Insulin deficiency means too little insulin in a person’s blood to convert carbohydrates into energy, which leads to high levels of sugar in the blood.

As for insulin resistance, this condition is all about the receptors’ ability to respond to the hormone. It doesn’t matter if its amount is too high or too low. In case of resistance, insulin is just ignored by the cells of the body.

While deficiency is more common for type 1 diabetes, the insulin response is limited for people suffering from type 2 diabetes.

What are the symptoms?

The great loss of water with the glucose could result in dehydration, but the diabetic has an excessive thirst. By drinking large amounts of water, polydipsia, the diabetic compensates for the fluid loss. An unusual thirst is also one of the symptoms of diabetes.

Cells prefer to metabolize glucose. In its absence, cells metabolize fats first and proteins last. This is known as the “protein-sparing effect.” Since glucose cannot enter the cells without the action of insulin, the diabetic metabolizes a large amount of fat. Fat metabolism produces a large number of fatty acids and ketone bodies, acetone and related substances. The presence of ketone bodies in the urine is another sign of diabetes.

The production of acids lowers the body’s pH, and the condition of acidosis results. This is one of the most serious consequences of diabetes. The body tolerates only a very limited pH range of 7.35 to 7.45. If the pH drops below 6.9 to 7.0, the patient goes into a coma and will die if not treated.

Another sign of diabetes is weight loss, although the diabetic’s appetite is good. The patient tires easily and lacks energy. In the absence of glucose to metabolize, the diabetic uses the body’s tissue fat and protein, as well as that in the diet, which explains the loss of weight. There is an increased breakdown of tissue protein and a decrease in protein synthesis that results in poor wound healing. Susceptibility to infection also accompanies diabetes.

Being deficient in insulin leads to the development of hyperglycemia. This condition is accompanied by the warning signs that are common for people suffering from type 2 diabetes. The effects of insulin deficiency and include:

These signs can also be symptoms of insulin resistance. In order to avoid complications, those at higher risk of developing diabetes and metabolic syndrome must stick to a healthy diet and exercise regularly to be in control of their levels of glucose.

The important factors in treating diabetes are diet, insulin, and exercise. The insulin dosage prescribed accompanies a carefully regulated diet that includes some carbohydrates. The diet cannot be altered without creating an insulin excess or deficiency. A person who exercises actively requires less insulin than one who does not. A diabetic’s exercise pattern is a factor in prescribing insulin.

Regulation of the proper insulin dosage takes time. Certain factors illness or emotional stress can temporarily alter a patient’s needs. There are different types of insulin (fast-, intermediate- and slow-acting), which are effective over various time periods. These are often prescribed in combination.

Insulin must be given by injection. It is a protein and would be digested in the gastrointestinal tract. There are oral compounds that can be used for mild diabetes, maturity-onset diabetes, but they are not insulin. These are oral hypoglycemic agents, which stimulate secretion of insulin from beta cells that still have some capacity.

Diabetic coma develops when a severe diabetic fails to take enough insulin or deviates markedly from a prescribed diet. Acidosis and dehydration result, and death can follow if proper treatment is not given immediately. One symptom of diabetic coma is deep, labored breathing, which results from the effect of the acidosis on the respiratory center of the brain. The patient’s breath has a fruity, acetone smell. The skin is flushed and dry, and the tongue is dry due to the dehydration. A diabetic coma may have a gradual onset, during which time the patient is drowsy and lethargic. If urine and blood samples are taken, a high level of sugar is found.

Treatment of the comatose patient requires a large dosage of insulin. Dehydration must be remedied by administration of fluids. Sodium chloride and sodium bicarbonate, which counteract the acidosis, are administered in the fluid. The patient’s level of potassium must be checked; the entire electrolyte balance is affected by the dehydration.

Insulin shock, also called hypoglycemic shock, results from too much insulin, not enough food, or excessive exercise. The patient feels light difference is that the deep, rapid breathing and acetone breath characteristic of diabetic coma are not present in insulin shock. The patient in shock breathes shallowly. Intravenous injections of glucose must be given immediately for insulin shock. The administration of epinephrine also raises the blood sugar level. Figure 13-32 illustrates the differences between diabetic coma and insulin shock.

It’s necessary to understand that having one symptom doesn’t automatically mean hyperglycemia, insulin resistance or deficiency, or any other disease. All the warning signs and risk factors must be analyzed by a doctor. Articles on the Internet can’t provide medical advice, diagnosis, and proper treatment. If some of the symptoms concern you, feel free to discuss them with your healthcare provider, take all the prescribed medications, and don’t forget about physical activity.