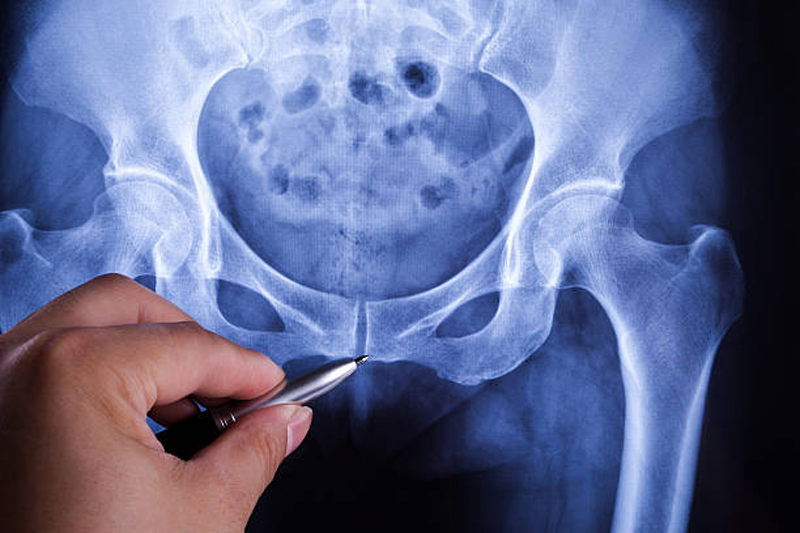 Pelvic pain is a general term that can be used to signify any pain point that is sensed in or just around the pelvis zone. It is neither a disease, nor a condition, but rather a sign or symptom of there being one. Despite the generally applicable nature of this term, pelvic pain usually refers to pain experienced near the lower abdominal area by both women or men. This would be the region between the two pelvic bones, covering the lower abdomen from crotch to belly button. (Source: Pelvic Pain Rehab from Los Angeles)

As explained, pelvic pain is not a disease or a condition, but just like pain in general, it originates from an underlying cause that must be investigated. There are so many different underlying causes of pelvic pain, that it cannot be classified as a minor, major or emergency symptom without determining the cause itself. Some reasons are more benign than others of course, but depending on factors such as the patient’s medical history, pre-existing conditions/diseases, pain intensity, associated symptoms etc., pelvic pain can also be caused by serious health issues. Let’s take a look at some of the many causes which can give rise to pelvic pain in women.

One of the most common causes as to why women experience pelvic pain is deemed to be Premenstrual Syndrome, aka PMS. Almost every woman has experienced the many symptoms of PMS, which range from emotional turmoil to physical pain in the body. Although not everyone feels pelvic pain before their menstrual cycle begins, it is not uncommon for women to experience it. Under normal circumstances, it is nothing to worry about, but in the case that the pain feels more intense than usual, lasts longer, or if it’s a brand-new experience for you, consulting your gynecologist is highly advised. Even if it’s just menstrual cramps, some women experience a lot more pain with menstrual cramps than others and require pain management methods and occasionally medication to get through the worst part of their monthly cycles.

Mittelschmerz is a perfectly benign, but somewhat painful sensation, which is experienced by some women in the middle of their ovulation period, about 14 days prior to the next menstrual period. It’s a sign that the ovaries have just released an egg (ovulation), which might be felt physically as pelvic pain. It oftentimes is accompanied by very mild blood and fluid discharge. Mittelschmerz, also known as painful ovulation, is generally felt on any one side of the pelvis, but the painful side may switch at random. Thankfully, it typically doesn’t usually require medical intervention as over-the-counter pain relievers and home remedies are often effective in treating the pain. If it does get extremely painful, physicians typically prescribe a contraceptive pill to relieve the pain by stopping ovulation.

Appendicitis is a disease where the appendix has become infected and inflamed. Pelvic pain experienced from appendicitis typically affects the lower right side of the pelvis region, as that’s where the appendix is located in the pelvis region. The pain will also be sharp, intense, increasing and non-relenting in most cases. Oftentimes those pains are accompanied by other symptoms such as nausea, high fever and vomiting. Appendicitis can afflict any human being, irrespective of their gender or age. Unless the appendix is surgically removed soon after, the inflamed organ could burst, leading to a potentially lethal condition known as peritonitis.

Next on the list of conditions that can cause severe pelvic pain, nausea, and bleeding is ectopic pregnancy. It’s an unfortunate but not uncommon condition, where an embryo has started to develop outside the uterus instead of growing inside the uterus like it is supposed to. If doctors are able to detect the abnormal pregnancy as soon as, or soon after the fertilized egg implants itself outside the uterus (most often within the fallopian tube), saving the embryo might be a possibility in some cases. However, when the ectopic pregnancy is only detected at a later or an advanced stage, and the embryo has implanted itself onto the cervix or the ovaries, surgical removal of the embryo from the mother is the only possible way to save the mother from certain death.

A case of twisted ovary, or what is known as an ovarian torsion, is a gynecological emergency that can happen to a the woman at any stage of their life, which includes even infancy. It is the result of ovarian ligaments getting twisted around the ovary itself, or the surrounding abdominals, leading to decreased or completely halted blood supply to the ovary. Unless detected and acted on in time from symptoms such as intense and unrelenting pelvic pain, the ovary will be lost beyond recovery, necessitating surgical removal. Cystectomy is the most common treatment form, where the cyst is removed, without having to remove the ovary.

Irritable bowel syndrome is a digestive disorder affecting the large intestine. It causes many different symptoms such as bloating, constipation, diarrhea, and cramping. Chronic pelvic pain can also be felt in anyone suffering from IBS, which usually affects women more than men. Although there is no definitive test for this condition, consulting a doctor can rule out other diseases. IBS is considered a chronic, lifelong condition that will need to be monitored and managed long term. While the cause of IBS varies from person to person, physicians can prescribe medications to help relieve pains caused by IBS.

These are just a few among multiple other possible causes of pelvic pain, such as Crohn’s Disease, Pelvic Inflammatory Disease, polycystic ovary, uterine fibroids, endometriosis, UTIs and various STDs. As should be evident by now, there’s more to pelvic pain than just menstrual cramps in women, so if you are experiencing any mild to severe pain in your pelvis region, it’s best to get it immediately checked out by a healthcare provider for more information and a potential diagnosis for future relief.