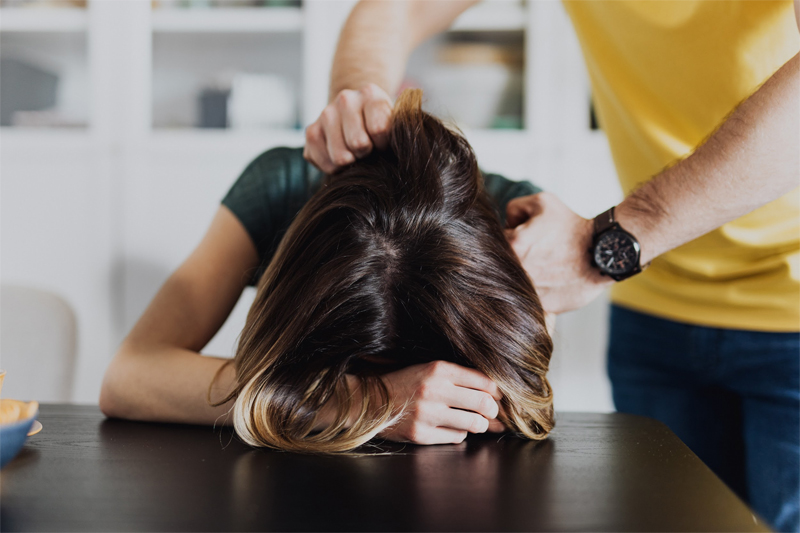 The COVID-19 pandemic has affected the lives of everyone across the planet in one way or another. There don’t seem to be any ideal solutions to cope with this yet. Approaches to stem the spread of the virus, like going into lockdown, have faced a lot of blowbacks. Most of these concerns have been economic. However, the group that arguably has the strongest argument against lockdown, domestic abuse victims, remains – as they often do – largely silent.

Lockdowns expose domestic abuse victims to extra risks for a variety of reasons. The main one, though, is simply that they are trapped in their homes with their abusers 24 hours a day with nowhere to go to escape.

Abusers are always more dangerous when times are tough. Any situation where an abusive person is unhappy is likely to lead to more abuse. Some of the times when abusers are at their most dangerous are when they are facing financial problems or dealing with other dissatisfaction with work.

Because of this, large scale disasters always lead to rises in domestic violence. When you combine abusers who are already angrier than usual, with conditions that trap them together with their victims all day, it is no surprise that domestic abuse cases have risen so dramatically during lockdowns.

With the statistical knowledge of abuse in different situations, domestic violence groups were aware that a spike in cases was on the way. Unfortunately, while prepared mentally, most of these groups do not have the funding and resources necessary to fully handle all of the reports of abuse that they get under normal conditions. With increased case numbers and all of the restrictions imposed by the virus, many victims’ groups have become completely overwhelmed.

How Much Did Domestic Abuse Rise Under Lockdown?

While there have been increased cases of domestic violence worldwide during lockdowns, exactly how much it has increased is very difficult to determine. This is due to many factors, including:

Statistics of domestic abuse are never very reliable due to the underreporting of abuse. Victims of abuse don’t report their abuser for a variety of reasons. Some are afraid that they won’t be believed, others fear retribution from their abusers, and some blame themselves for the abuse rather than their abuser.

Because of all of these unreported or underreported cases of abuse, it is hard to get an accurate assessment of just how many people are suffering from domestic violence under normal conditions, and cases are likely being reported even less during lockdowns.

Regardless of the massive margin of error, statistics show that the United States is facing a hard to ignore the increase in domestic violence cases. The National Coalition Against Domestic Violence states that “on average, nearly 20 people per minute are physically abused by an intimate partner in The United States”. If you sum everything up, that will round up to 10 million individuals being abused during a one-year period.

During lockdowns, the ways in which people report their abuse are constantly changing. While many places have seen an increase in calls about abuse, there are others where calls have actually dropped. But emails and text messages about domestic violence have risen pretty much everywhere.

One simple explanation for this behavior is that while trapped in their homes with their abusers, victims fear being overheard on the phone reporting the violence. Instead, they have turned towards silent forms of communication for reporting purposes.

Being Unable to Report

Another difficulty in determining how much domestic violence rose under lockdown is that it is almost impossible to approximate how many people weren’t able to report their abuse at all. Many abusive spouses can be very controlling and are likely to read text messages and emails in addition to listening to phone calls. In cramped quarters, it can be very difficult to get a message off about abuse suffered.

Taking into consideration the constantly increasing number of domestic violence reporting means, one would imagine that finding the opportunity to report your abuser can be fairly easy. Well, that couldn’t be more wrong. Hiding in a different room to send a text message may not be as easy as it comes to those not dealing with such domestic situations. Apart from an abuser’s obsessive control, there is also the possibility that the victim may not even have access to an electronic device.

Another factor that plays a role in a domestic violence victim’s impossibility to report abuse is the fear that others may have of taking action on their behalf. Unfortunately, human nature can make an individual forget about solidarity and the importance of giving a helping hand, especially in such serious contexts. You may think that waving at a neighbor through the window is enough, however, you’ll be surprised with how easy it is for some to just keep quiet instead of acting out.

While it may take some time to figure out exactly how much domestic violence has risen under lockdowns, there is enough information to know that the increase has been substantial. It hasn’t just been emotional abuse that has increased, but all forms of abuse. Visit Farzadlaw to learn more about the types of domestic violence. It is always best to gather your information from a professional source, especially when it comes to such sensitive topics. Although the idea of domestic violence may not sit lightly with you, it is very much real and everybody should treat it accordingly.

The best way to combat abuse is through awareness. It’s important to report abuse, not just for the victim, but for all other victims as well. Domestic violence support groups are doing everything they can to find as many ways to help victims during lockdowns as possible. There are avenues available for an escape from abuse during lockdowns. Most governments will not punish those who are violating quarantine if they are fleeing an abusive situation.