Trending
You are at:Home»Fruits»Facts about Wild Himalayan cherry 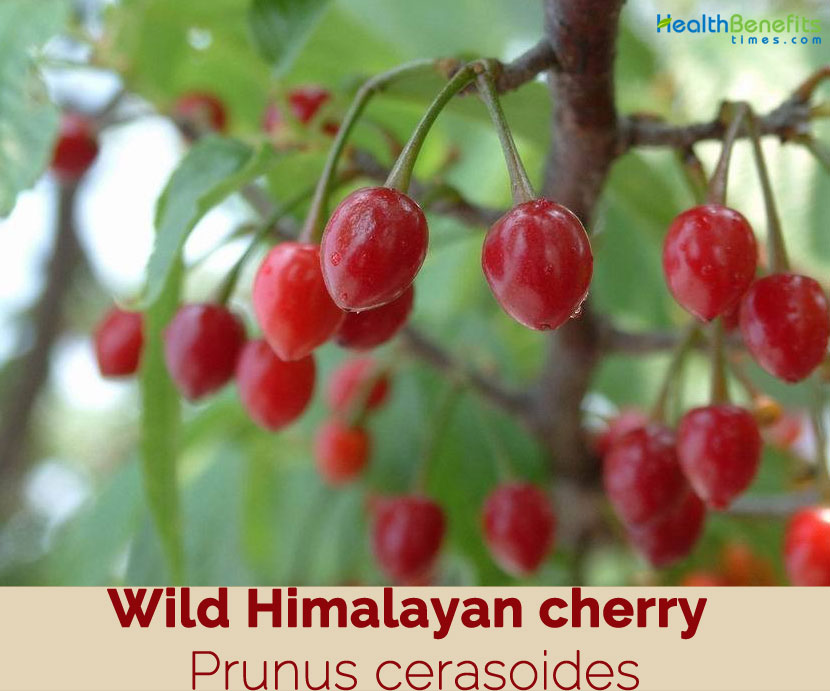 Prunus cerasoides, commonly known as wild Himalayan cherry and sour cherry, is a deciduous cherry tree of Prunus genus and Rosaceae (Rose family). The plant is native to East Asia, South Asia and Southeast Asia. Its range extends in the Himalayas from Himachal Pradesh in north-central India, to Southwest China, Burma and Thailand. It grows in temperate forest from 1,200–2,400 meters (3,900–7,900 ft.) in elevation. Some of the popular common names of the plant are Padam, Wild Himalayan Cherry, Dwarf Cherry and bird cherry.

In India the plant is restricted to sub-montane and montane Himalaya ranging from 1500-2400 m asl. In Garhwal Hills it is spread plentifully in temperate zones of Pauri, Tehri, Chamoli and Uttarkashi districts. Locally it is known as ‘Panyyan’. It is adored in all auspicious occasions by the inhabitants. People never cut the whole tree and use only its twigs in rituals as the wood are forbidden to be used as fuel. Thus it is common to observe quite old trees of Prunus cerasoides in the area. But the potential of the plant as rich source of pollen and nectar for honey bees is not tapped adequately.

Flowers are pinkish white or crimson 1.2-2.5 cm in diameter, appearing before the leaves in umbellate fascicles and are the rich sources of nectar and pollen for bees. Pedicels are 0.5-2cm long. Calyx is bell shaped, 5-lobed, ovate-acute; petals 5, obovate. Flowering normally takes place from October and lasts up to mid-December and is pollinated by Insect. Fertile flowers are followed by ovoid fruit 1.2-1.5 cm long, about 15 mm in diameter, glabrous, shining, supported by base of calyx tube and contain one large seed. Fruits are initially yellow which turns to red as it ripens. 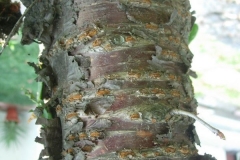 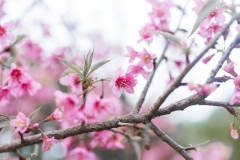 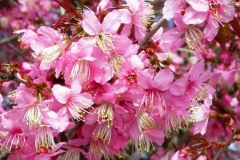 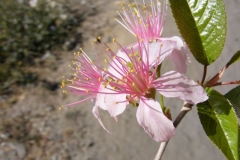 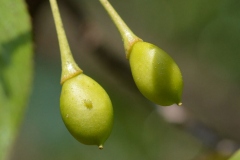 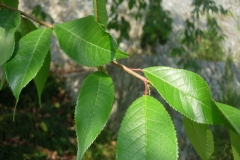 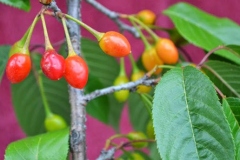 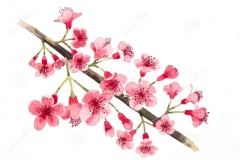 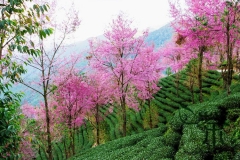