Trending
You are at:Home»Facts»You Are What You Eat, So Eat Healthy and Live Longer 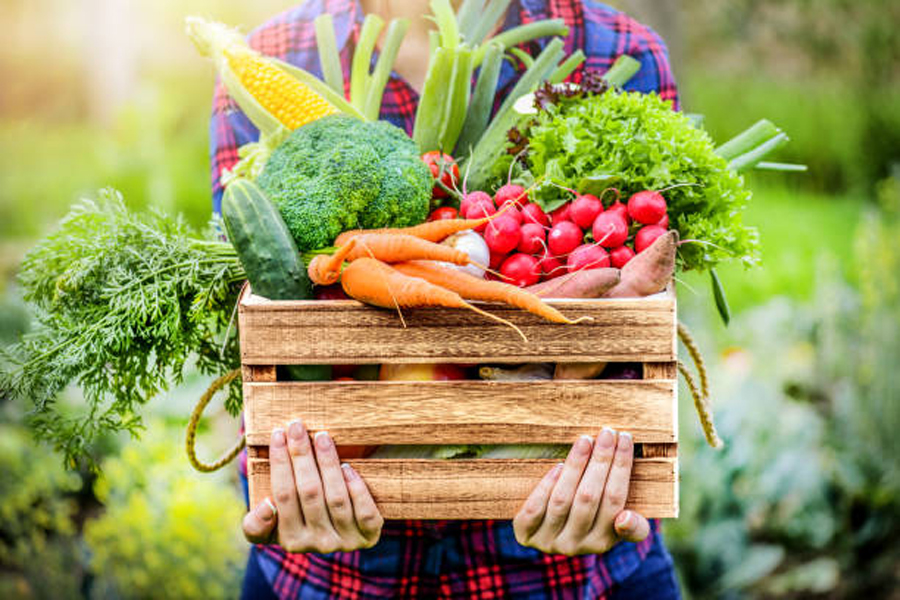 Frank Hu runs the Department of Nutrition at the Harvard T.H. Chan School of Public Health and if there’s one thing he knows about, it’s healthy eating. He’s spent a great deal of time researching what foods make up a healthy diet and understands only too well the benefits of maintaining one.

The Centers for Disease Control and Prevention (CDC) confirm that as many as one in four deaths in the United States is caused by heart disease. It’s also the number one cause of death across the country. The most significant risk factors for heart disease are high blood pressure, high cholesterol, obesity, and poor diet. More than a third of adults and a fifth of children (up to the age of 19) in the United States are obese and it’s still on the rise. As alarming as the statistics are, it’s not too late to turn things around, and by making some small adjustments to your diet you could prolong or even save your life.

Lots of research has been carried out previously into the health benefits of the Mediterranean diet, with a large portion of it focused on fish, fruits, vegetables, nuts, olive oil, and limited amounts of red meat. In his 2000 book, “Eat, Drink and Be Healthy,” renowned Harvard nutritionist Walter Willett confirmed, ”the main elements of the Mediterranean lifestyle are connected with lower risks of many diseases.” He also concluded, using data from Harvard’s Nurses’ Health Study that “heart diseases could be reduced by at least 80 percent by diet and lifestyle changes.”

In 1989, Willett devised his own study on people’s diet and lifestyle risk factors called NHS II that was a follow-up to the original study established by Frank Speizer in 1976. “The picture that has emerged is that the traditional Mediterranean diet promotes health and well-being,” said Willett. “The elements of a healthy diet were readily available in the Mediterranean, where people had to eat local fruits, vegetables, and fish. Back then, most people didn’t have much choice in what to eat.”

To promote healthy eating and make it easier for the general public to follow, researchers from the Harvard Chan School devised the Healthy Eating Plate. It suggests that a healthy eating plate is made up of around 50% fruits and vegetables, 25% whole grains, and around 25% of something else healthy. It also recommends consuming healthy oils and drink lots of water. Red meat has been proven to increase cardiovascular disease and cancer mortality so consumption should be kept to a minimum.

If you do decide to have a change of diet, you will notice the benefits pretty much straight away. As well as helping you maintain a healthy figure, a good diet can also boost the brain while slowing cellular aging. A more recent study carried out in 2015, saw seniors who ate a Mediterranean diet supplemented with olive oil and nuts, have an improvement in their cognitive function in comparison to those of a similar age who didn’t. Being rich in antioxidants and polyphenols, the Mediterranean diet could also help prevent certain degenerative diseases which are caused by vascular aging and chronic inflammation, Hu said.

“Healthy, plant-based foods can improve vascular health, not just in the heart but in the brain,” confirmed Hu. “And that can slow down the aging of the brain and cellular aging, and reduce the risk of Alzheimer’s disease and dementia.” Right now, studies are suggesting that the best chance we have of living a long and healthy life is by maintaining a healthy diet, maintaining a healthy weight, and exercising regularly. But also remember that you do only live once and that even the healthiest of eaters have a little treat every now and then, so don’t feel bad if you feel the urge to indulge once in a while.

Extend Your Life By Adding Hot Peppers to Your Diet If you have a fetish for hot, spicy food you may just live longer, according to the Larner College of Medicine at the University of Vermont research team. In a recent study, scientists discovered the consumption of hot red chili peppers is directly associated with a 13 percent reduction in total mortality. This effect seems to particularly impact incidences of deaths due to heart disease or stroke. Published recently in PLoS ONE, the large prospective study corroborates the findings of an earlier study published in 2015. For centuries, peppers and spices have been thought to be beneficial in preventing or treating disease. However, only one study conducted in China had examined chili pepper consumption and its association with mortality rates.

Drawing on data provided by the National Health and Nutritional Examination Survey (NHANES) III collected from more than 16,000 Americans some of whom were tracked for up to 23 years, medical student Mustafa Chopan ’17 and Professor of Medicine Benjamin Littenberg, M.D reviewed the baseline information sets of participants and ranked them according to hot red chili pepper consumption. They discovered heavy consumers of hot red chili peppers tended to be “younger, male, white, Mexican-American, married, and to smoke cigarettes, drink alcohol, and consume more vegetables and meats had lower HDL-cholesterol, lower-income, and less education,” in comparison to participants who did not consume red chili peppers. They examined data from a median follow-up of 18.9 years and recorded the number of deaths before analyzing specific causes of death.

According to the study authors, “Although the mechanism by which peppers could delay mortality is far from certain, Transient Receptor Potential (TRP) channels, which are primary receptors for pungent agents such as capsaicin (the principal component in chili peppers), may in part be responsible for the observed relationship.” Chopan and Littenberg canvassed potential explanations for red chili peppers’ apparent health benefits in their study. One idea is capsaicin’s believed role in cellular and molecular mechanisms that prevent obesity and modulate coronary blood flow. Capsaicin, “may indirectly affect the host by altering the gut microbiota.” Observed Chopan, “Because our study adds to the generalizability of previous findings, chili pepper, or even spicy food consumption may become a dietary recommendation and/or fuel further research in the form of clinical trial.