Trending
You are at:Home»Health & Beauty»10 Common Symptoms of Menopause 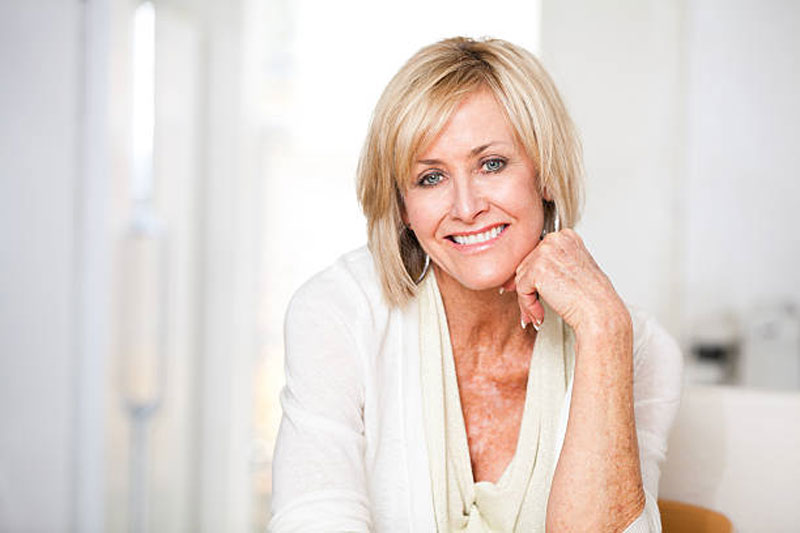 Menopause is absolutely normal for women who are older than 45 years. Sometimes, hormone replacement therapy is prescribed to relieve menopause symptoms, and, sometimes, physical training and appropriate diet are enough. It is useful to read about what are the symptoms of menopause for both women and men in order to better understand the nature of changes in the body of a loved one.

During menopause, the production of sex hormones and cellular renewal slows down. Significant hormonal changes occur in the body of a woman, which are associated with a number of unpleasant sensations – menopause symptoms. The climacteric period consists of several stages: perimenopause, menopause, and postmenopause.

Perimenopause begins on average 4 years before menopause and continues for another year after the cessation of menstruation. At this time, the level of estrogen – the female sex hormone – begins to fluctuate and gradually decreases. The first sign of perimenopause is the changes in the menstrual cycle both in duration and in the amount of blood loss.

Menopause in women occurs on average at 48-50, the time of its arrival is set a year after the last menstruation happened when it becomes clear that after such a break, no new periods are expected.

Postmenopause. The first 2–5 years after the change in life, in the early postmenopausal period, there are still such menopause symptoms as hot flashes and sweating at night, associated with a deficiency of female sex hormones. However, in some women, menopause signs manifest themselves very strongly, in others, they go almost unnoticed.

What are the 10  symptoms of menopause?

The most common menopause symptoms include:

In some women, signs, and symptoms of menopause begin to be seen at 40–45 years old and even earlier. Unfortunately, it is not possible to know in advance exactly when this moment will come, although the time of the onset of menopause, as a rule, is transmitted along the female line. If there is a malfunction in the cycle of menstruation, an analysis of the level of hormones in the blood can indicate a decrease in ovarian function and the approach of the climacteric changes.

If the woman’s age is between 40 and 45 years old, it’s best for the doctor to check other causes that may cause similar to menopause signs menstrual problems before the final diagnosis. Usually, they need to exclude pregnancy – checking for chorionic gonadotropin (hCG) and hormonal problems – analysis for thyroid-stimulating hormone (TSH) and prolactin hormone.

A decrease in the level of estrogen is associated with such a problem as a violation of calcium metabolism. Because of this, the risk of such menopause symptoms as osteoporosis (bone fragility) and fractures increases. To determine the condition of bone tissue, a study should be done – densitometry. It is very important for a woman at this age to take calcium preparations and eat more dairy products that strengthen bone tissue.

It is important to remember that menopause is just another period of the women’s body getting more mature, it is not the end of the world. You should not despair and abandon the joys of life!