Trending
You are at:Home»Facts»10 Foods Good for Your Brain that Will Help Protect Your Brain 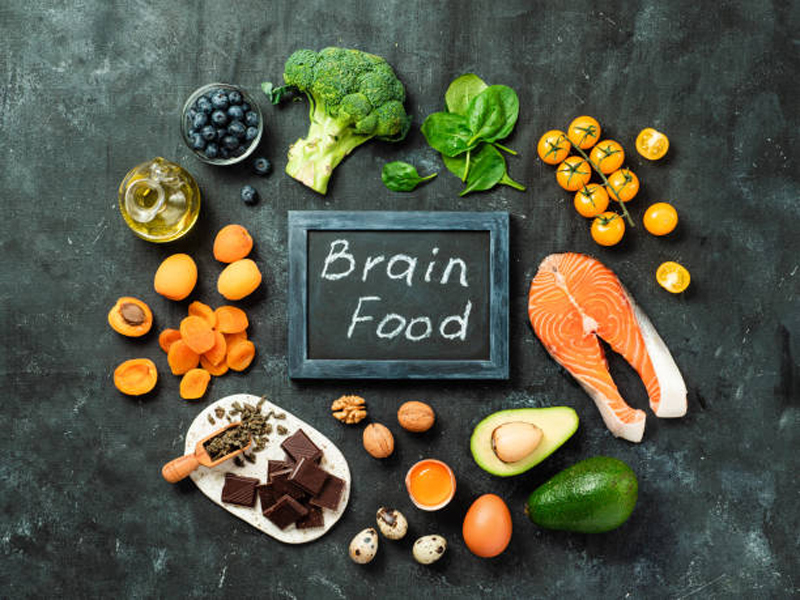 How is the brain nourished? Can we sustain it? Is there a diet to get it ready? Can we avoid diseases by feeding them properly? Today papers writers deal with a topic that we should not leave aside and are that sometimes we forget that an organ of vital importance in our bodies: the brain.

Take note because we give you some public keys in this article that you can not miss, and we reveal ten good foods for the brain that will help you protect it. Nutrition is a fundamental part of preventing diseases that affect the brain. Therefore, healthily feeding your brain can make a difference in having a good memory and thus enjoying a healthy and balanced mental state.

Eating these foods that we detail below will not involve any sacrifice, and healthy foods are delicious and versatile when incorporating into our daily diet. Your gray matter will thank you!

The human brain represents about 2% of our body weight. And yet, it needs to hoard about 20% of the energy we use to function optimally. Its demand for glucose is very high, for which it needs to hoard up to 50% of the energy extracted from the carbohydrates we consume daily. Omega 3 fatty acids, vitamin B, C, and E, antioxidants, flavonoids, choline, and tryptophan, among others, are elements that stimulate and promote brain performance and the production of neurotransmitters. Neurotransmitters are in charge of passing information from one neuron to another, which is why they are so essential and positively influence cognitive abilities.

What the brain feeds on:

Omega 3 fatty acids are among the best known for combating neurodegenerative diseases and improving memory. We can find these beneficial fatty acids in oily fish, nuts such as walnuts, and seeds such as flax and chia.

Vitamin B1 (or Thiamine)

B vitamins are essential for proper brain health and function. Having a notorious deficit of this vitamin can produce, among others, Korsakoff’s syndrome, a memory and learning disorder common in people who consume alcohol repeatedly. Some foods that contain this vitamin, B1, also called thiamine, are pork chops, pistachios, sunflower seeds…

Vitamin B9 (or folic acid)

Vitamin B9 is essential because it participates in the synthesis of amino acids and nervous tissue formation. To have a deficiency of this and other B group vitamins is related to developmental problems in children. Some foods containing this vitamin B9 are green leafy vegetables such as spinach and legumes such as lentils.

In the brain, we can find the highest concentration of this essential vitamin, specifically in the pituitary gland. Its importance lies in the fact that it works by protecting the brain against oxidative stress. Vitamin C can be found in foods such as oranges, lemons, and red peppers.

Antioxidants are also necessary to fight against oxidative cell damage in the brain. Thus slowing down degenerative processes typical of aging as well as numerous mental illnesses.

French researchers have found that people who eat a good amount of flavonoids through food, fruits, and vegetables, reduce brain deterioration associated with aging. Another good reason to prioritize fruits and vegetables in our shopping baskets.

Calcium is an essential mineral for optimal brain function as it plays a vital role as a messenger for nerve cells. It also acts as a regulator of neurotransmission and controls nerve excitability. Having a calcium deficiency is difficult since the body has a large reserve in the bones. It is not advisable to leave it aside since its quantity can be affected by external factors such as the intake of some drugs. The most popular foods with calcium are dairy products, but calcium of vegetable origin in the famous spinach eaten by Popeye or in sesame seeds.

This mineral, magnesium, is essential for converting many B vitamins into their active form, improving working memory and long-term memory. Besides, a balance between magnesium and calcium levels prevents nervous system excitability. Being deficient in either can lead to severe neurological problems. So ensure your intake of magnesium-rich foods such as pumpkin seeds or cocoa powder.

Egg yolk contains choline, a nutrient that also belongs to the B vitamins group and strengthens the nerve connection of neurons. According to some studies, an increased dietary intake of choline can improve cognitive performance and protect against memory loss.

Tryptophan is one of the eight essential amino acids in the human diet. It is the metabolic precursor of serotonin, melatonin, and niacin. Elevated tryptophan levels in the brain trigger an increase in the release of the hormone serotonin. This hormone is of great importance and plays a significant role in regulating mood, anxiety, appetite, and sleep. List of foods suitable for the brain, 10 foods good for the brain, will help protect it.

Let’s see how the list of healthy foods for the brain:

1. Oily fish: the sea at the service of your mind.

Tuna, swordfish, bonito, sardines, mackerel, anchovies, or salmon are some of the oily fish that should be part of the daily diet to improve brain performance thanks to their high content Omega 3 fatty acids. However, remember that sizeable blue fish such as swordfish or tuna are not recommended for daily consumption due to their high concentration of heavy metals.

Current studies have discovered that it is a fundamental ingredient for the brain’s excellent functioning, both to protect it from cognitive deterioration and maintain its neuronal connections in good condition.

Another of the foods that should not be missing on our shopping list. We face a good balancer of our nervous system; besides having vitamin B1, it has properties that promote concentration and academic performance. As if that were not enough, it also has anxiolytic properties and is perfect for combating stress.

One of the favorite foods in the lists of “recommended for …” and we are facing a superfood from head to toe. Full of antioxidants that provide us with folates, folic acid, for example, memory.

5. Red berries (berries): fruits to the rescue of neurons

6. Dark cocoa: the rich also helps you to take care of you

It is estimated that having an ounce of more than 70% cocoa is a good ally in the production of endorphins, improving our mood. And there is nothing that good chocolate can’t cure. We are also facing an excellent antioxidant that contains vitamin B, potassium, iron, calcium, and magnesium. What I was telling you!

7. Green tea: the best infusion for body and mind care

Taken in infusion is a natural tea low in caffeine and with a high content of antioxidants. It also acts against nervousness and is attributed to anxiolytic powers as it provides us with dopamine, an essential substance for the brain that helps us relax more easily.

8. Eggs: an ingredient to enhance memory

As we saw above, thanks to its choline content, which belongs to the B vitamins, eggs can improve attention span and long-term memory.

Due to their high phosphorus content, walnuts are the most effective nuts for academic performance.

That magic golden powder brings us so many wonders. It can increase memory and stimulate the production of new brain cells. They have also found that it can help recover brain function in neurodegenerative diseases such as Alzheimer’s and strokes.

Other foods to improve memory and concentration:

Apart from the 10 foods to take care of your central nervous system that we have just mentioned, we also have:

And what about “raisins”?

Well, even if it sounds like a famous saying, the idea of taking raisin stalks for the memory is entirely accurate. In the part of the stem where the grape begins, the so-called “stalk,” a large amount of choline is condensed, which, as we said before, is of great benefit to our brain. If what we eat is so important, we should not forget what we do not eat, or rather, what we should not eat to not cause damage to our brain in the long run.

To do this, we should limit simple sugars. In the same way that they provide swift energy, that same energy drops suddenly, which produces the need to consume this type of food again, which prevents us from maintaining constant attention and concentration.