Trending
You are at:Home»Facts»10 Herbs that boost energy and increase concentration

Individual herbs may have several active ingredients that enhance each other’s effects. Other herbs maybe added in a blend that increases the absorption, transport, and effectiveness of the main herb. Preparing herbs from extracts insures the standardization of the level of the active ingredients, as the ingredients in the plants themselves can vary according to soil conditions, climate, when the plant is harvested, and the method of preparation (the word standardized should be on any herbal product). Stick with brand-name herbal products made in the U.S., where qualitative standards are higher than in other countries. Care should be taken when using herbs, even teas, for medicinal purposes, as some of them (Comfrey, Aconite, Pennyroyal, and Ephedra are some examples), including ones sold in health food stores, are very powerful, even deadly, if used indiscriminately self-diagnosis and self-treatment are not encouraged. A doctor should always be informed of what herbs are being taken, because some can interact with medications and prescription drugs. Pregnant or nursing women should avoid herbs as a general rule. 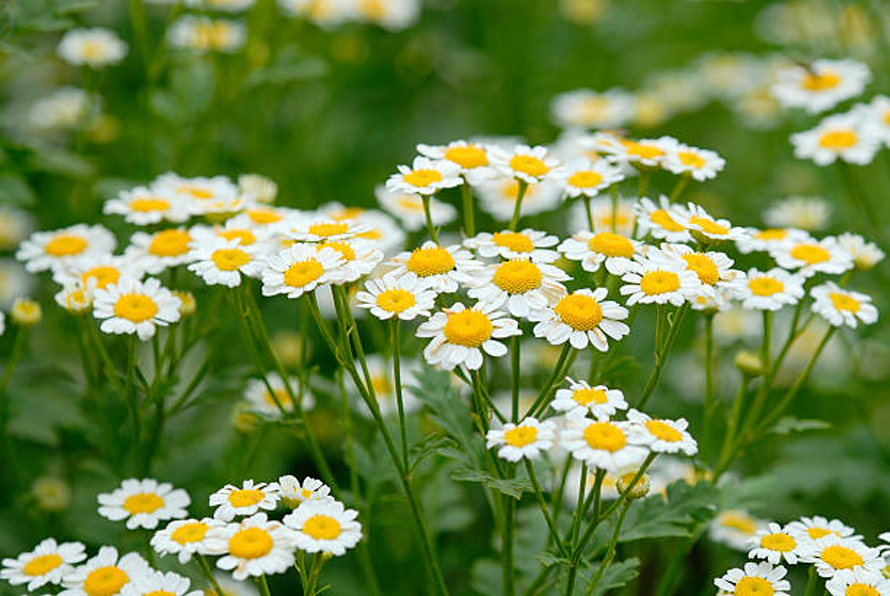 This herbs also known as Roman chamomile and German chamomile. Chamomile is said to stimulate the brain, dispel weariness, calm the nerves, counteract insomnia, aid in digestion, break up mucus in the throat and lungs, and aid the immune system. Further, it has anti-bacterial and antifungal properties and may inhibit the growth of the polio virus and certain tumors, alleviate the pain and joint inflammation of arthritis, and prevent and heal ulcers. (1)

Precautions: It can cause reactions in those allergic to ragweed, aster, or chrysanthemums. There have also been reports of asthma, hay fever, and hives in susceptible individuals. Overdosing can cause nausea and vomiting. An overdose of the tincture may cause diarrhea. 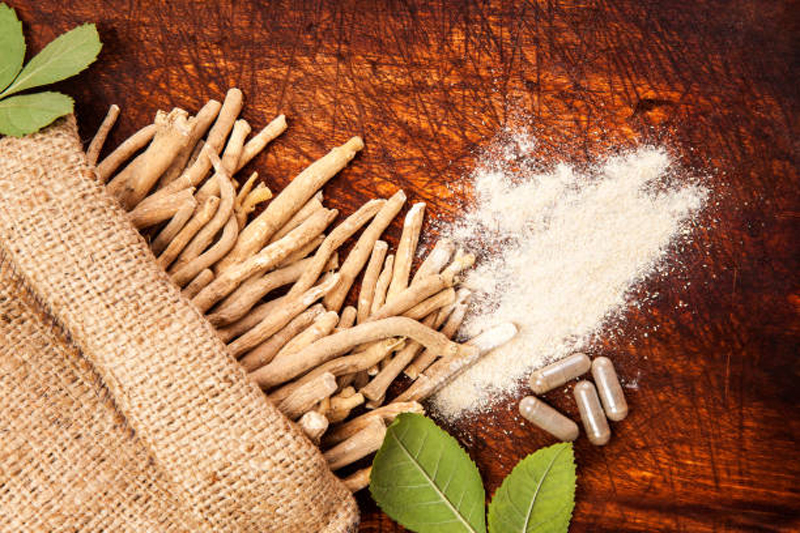 Sometimes referred to as the “Indian ginseng,” Ashwagandha is a member of the nightshade family, along with potatoes, tomatoes, and eggplants.

According to traditional Indian medicine, it is said to reduce stress and anxiety and to improve vitality, learning, and memory. It has been used to treat arthritis and help heal broken bones, and may inhibit cancer, as well. There have been few studies, but those conducted have yielded encouraging results: it enhanced mood and improved hemoglobin and blood plasma protein levels in a 1993 study, was shown to alleviate withdrawal symptoms in morphine addiction in a 1995 study, and showed positive results for patients with anxiety neurosis in a 1997 study. Works synergistically with gotu kola, shatavari (Indian asparagus), and Siberian ginseng to relieve stress. (2)

Precautions: It can cause mild gastrointestinal problems, but this can be prevented by taking it with meals. Exceeding the recommended dose is not advised, as it may contain some compounds that are harmful when taken in significant quantities. Herbal products from India may be contaminated with mold, insects, and animal feces. 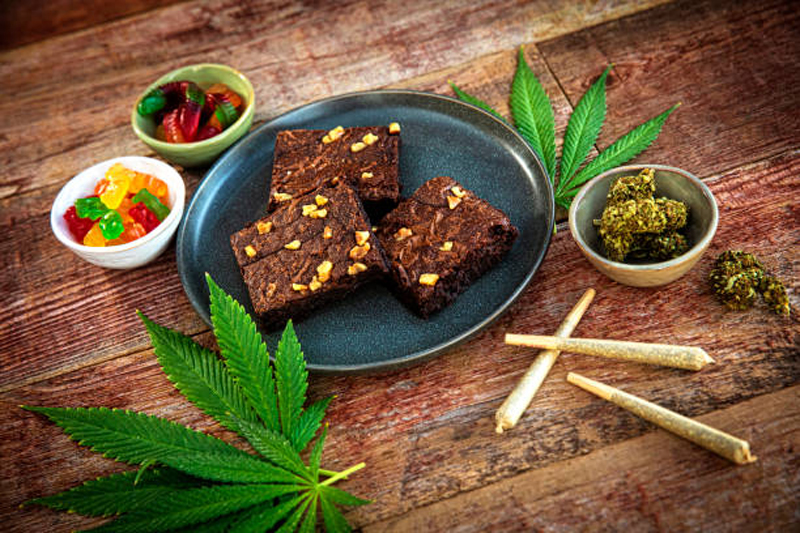 This plant and plant substance also known as Bhang, Cannabis, CBD, Cannabis indica, Cannabis sativa, Charas, Dope, Ganja, Grass, Hashish, Hasheesh, Hemp, Kif, Majun, Pot, Sinsemilla, Weed. After considerable controversy about its genus and species, it is now believed to belong to its own genus, Cannabaceae, consisting of one to three species: Cannabis sativa, Cannabis indica, and Cannabis ruderalis. The molecular structure of its psychoactive properties are unique in the plant world.

Its effects, which can vary widely, are mainly attributable to tetrahydrocannabinol (THC), and mainly involve euphoria, a sense of well-being, intense concentration, perceptual distortions, and  though marijuana is not classified as a hallucinogen visual and auditory hallucinations for one to three hours. According to Young et al “marijuana is the least debilitating of all common intoxicants and has never accounted for a substantiated drug death. It does not cause brain damage, sterility, impotence, insanity, or drug addiction. … Socially and medically, alcohol and tobacco are considerably more dangerous.” Pharmacologically, it has been used in various medical preparations since ancient times and, even today, some advocate its use for relieving the symptoms of glaucoma, asthma, stiff muscles resulting from brain injuries and multiple sclerosis, and the toxic effects resulting from chemotherapy. (3)

The dried leaves can be smoked as a cigarette (joint, reefer), the dried tops of the female plant full of resin smoked with tobacco (ganja, kif). It can be made into a drink with water or milk (bhang), made into a candy (majun), the resin smoked or eaten with spices (charas) or baked into brownies (hash brownies). Since the resin is soluble in oil but not water, it has a longer lasting (if slower) effect when eaten, but very little effect when consumed as a tea.

Precautions: A user may experience dry mouth, rapid pulse rate, high blood pressure, tremors, vertigo, loss of coordination, dry reddened eyes, dilated pupils, depression, moodiness, temporary amnesia (because of its suppression of the brain hormone vasopressin), an uncontrollable fear of death, and panic. A 1986 Italian study found that smoking one joint can increase melatonin levels in the body 4000 percent. It is not physically addictive, but could result in psychological dependence, and habitual use could require higher and higher doses to achieve the same effects.

Hash smoke, especially when combined with tobacco smoke, can result in bronchitis and other respiratory ailments. Additional dangers include buying marijuana laced with other drugs or the herbicide paraquat, or dealing with assassin bugs that tend to inhabit crops. Some growers have been able to produce super-potent strains that contain 20% THC, or almost double that of naturally grown plants. 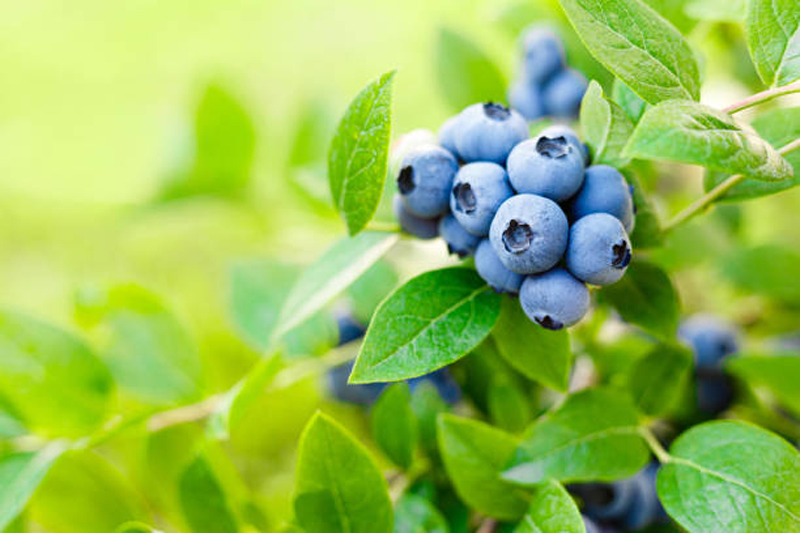 It is also known as Black Whortleberry, Blueberry, Burren Myrtle, Dyeberry, Huckleberry, Hurtleberry, Vaccinium Corybosum, Vaccinium Myrtillusy, Whineberry, Whortleberry, Wineberry. It is a natural antioxidant. It is used in Europe to treat varicose veins, problems with blood circulation to the brain, and a variety of eye problems, including night blindness, photophobia, glaucoma, diabetic retinopathy, and in combination with vitamin E cortical cataracts. Also used as an antiseptic, astringent, and anti-diarrhea medication. Eating the fresh berries can reportedly regulate bowel action, stimulate the appetite, and reduce intestinal gas. As a tea, it is said to treat coughs, vomiting, stomach cramps, and catarrhal enteritis. Works synergistically with citrus fruits. (4)

Precautions: Though the fresh berries can stop diarrhea in some people, they can cause it in others. Use of the leaves over an extended period of time can cause poisoning. It can interfere with the absorption of iron. 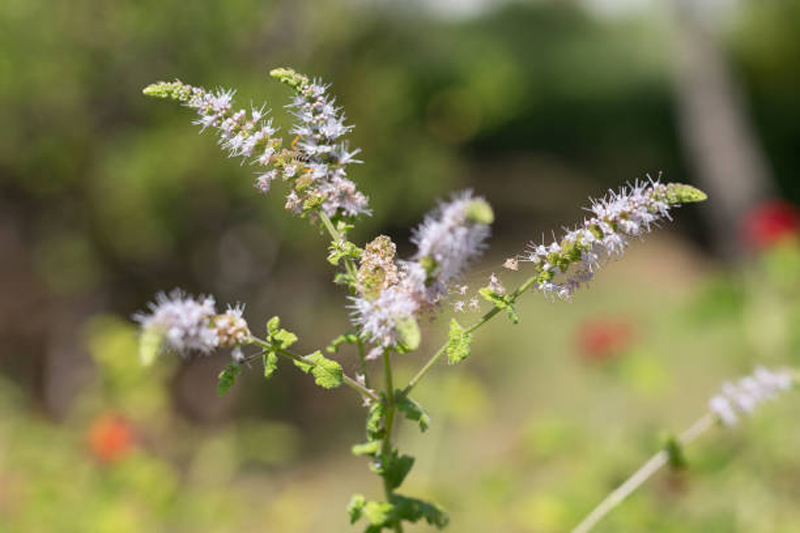 It is also known as Black Snakeroot, Bugbane, Bugwort, Cimicifuga, Cimicifuga racemosa, Rattleroot, Rattleweed, Richweed, Squawroot. This herbs may be a mild relaxant. It contains estrogen like substances which may be helpful in treating symptoms associated with menstruation and menopause. Various extracts have displayed anti-inflammatory, sedative, and blood pressure-lowering effects in animals. It has traditionally been used by Native Americans to treat chronic fatigue, malaria, rheumatism, kidney problems, sore throat, and female disorders. Herbalists have used it for bronchitis, fever, itching, high blood pressure, anxiety, menstrual cramps, and symptoms of menopause. (5)

Precautions: It should not be used by anyone suffering from a chronic disease. No scientific studies of its effects have been done on humans. It may have a stimulating effect on the cardiac system. Consumption of large amounts could cause nausea (though mild nausea may just be a response to its bitter taste), vomiting, sweating, and dizziness. 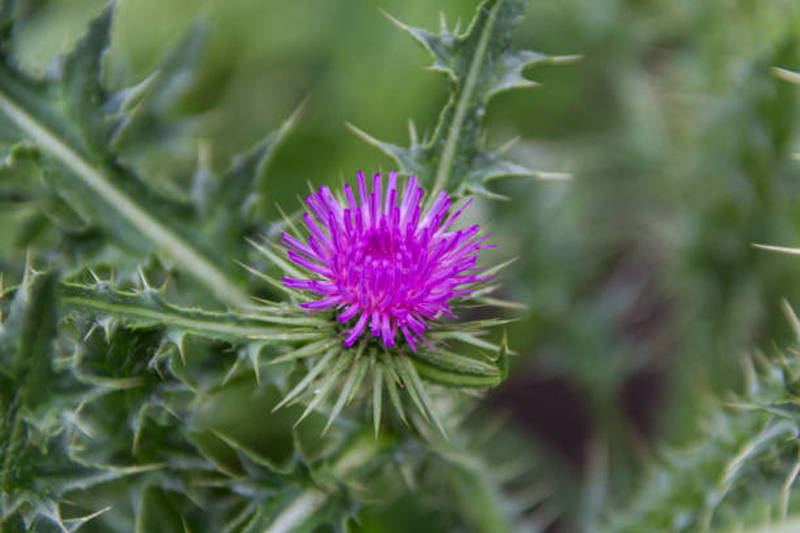 Scientific name Cerbenia benedicta. According to James Balch, Ph.D., and Phyllis Balch, C.N.C., it “may act as brain food.” It is used by herbalists as a tonic for the stomach and heart, increasing circulation, and treating liver problems. According to James A. Duke, Ph.D., it can reportedly help combat HIV. (6)

Precautions: Handling the plant can cause toxic skin reactions. 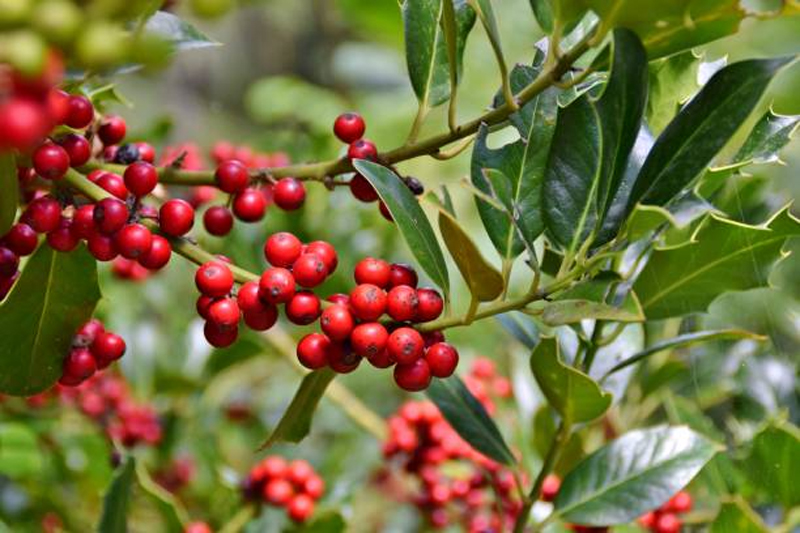 Butcher’s broom also known Box holly, knee holly, sweet broom. Its scientific name is Ruscus aculeatus. Butcher’s Broom is an evergreen shrub in the lily family that is closely related to asparagus. Said to increase blood flow to the brain. It may relieve inflammation and prove beneficial to the bladder and kidneys. It has been used to treat hemorrhoids, varicose veins, and other circulatory problems, as well as carpal tunnel syndrome, edema, Meniere’s disease, obesity, Raynaud’s syndrome, thrombophlebitis, and vertigo. Works synergistically with vitamin C. (7)

Precautions: May increase blood pressure in some individuals. It should not be used as a substitute for anti-coagulant medication. 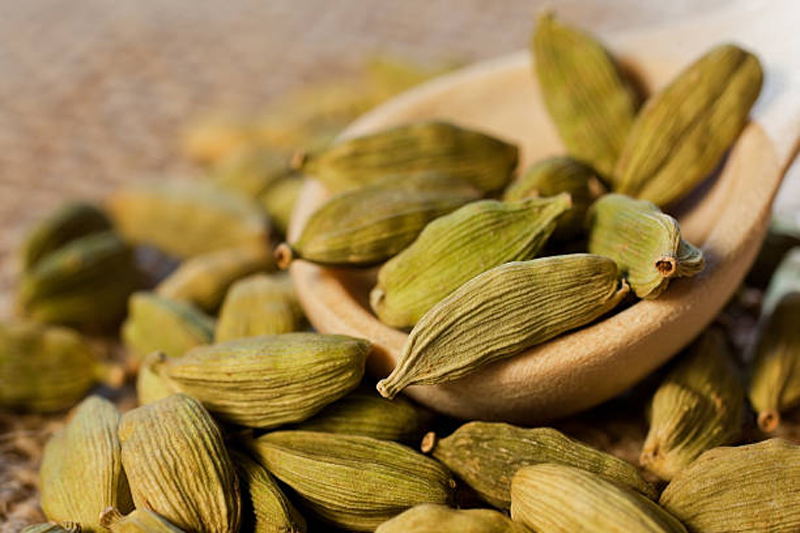 It is also known as Bastard cardamom, Cardamon, Elettaria cardamomum, Malabar cardamom. Contains cineole, a mild central nervous system stimulant, which may account for its reputation in Arab cultures as a male aphrodisiac. Cineole also kills bacteria that cause bad breath, and cardamom has been used to treat asthma, emphysema, gas, heartburn, acid indigestion, laryngitis, and vaginitis. Cardamom also contains the compound borneol, which is helpful in treating gallstones. In addition, herbalists have used it to treat colic, diarrhea, and headaches. (8)

Precautions: Cardamom can trigger gallstone colic, therefore If anyone suffer from gallstone, it is recommend not to take cardamom in amounts more than those usually found in food garnishing. 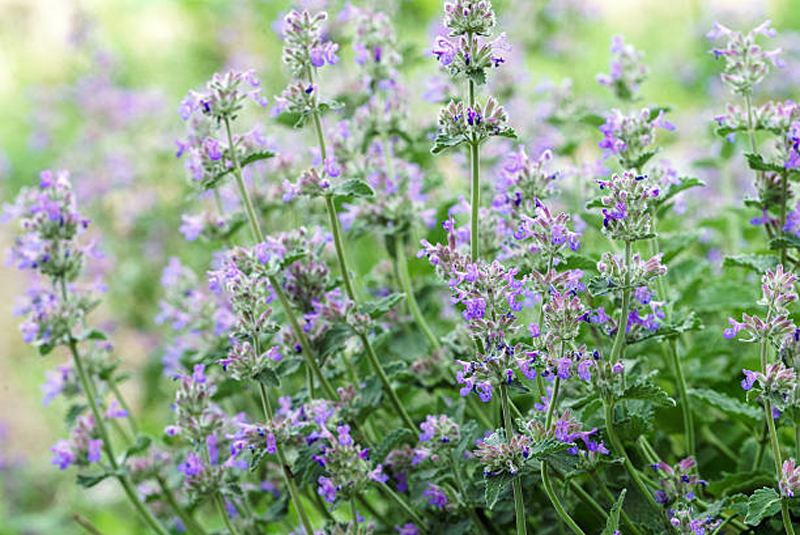 Catnip scientifically known as Nepeta cataria, which also known as Catmint, Catnep, Catrup, Catswort, Field Balm, Nepeta cataria. A member of the mint family, one active ingredient is similar to an ingredient in valerian. It has a similar effect to marijuana, but much milder. A mild sedative used in the treatment of insomnia, it reportedly also relieves stress and anxiety and stimulates the appetite. It is high in vitamin C and is good for colds, flu inflammation, and pain. (9)

Precautions: Used as a folk remedy for a variety of conditions, though scientific evidence is lacking. Some claim that smoking the leaves results in a mild marijuana-like high; this is not recommended. 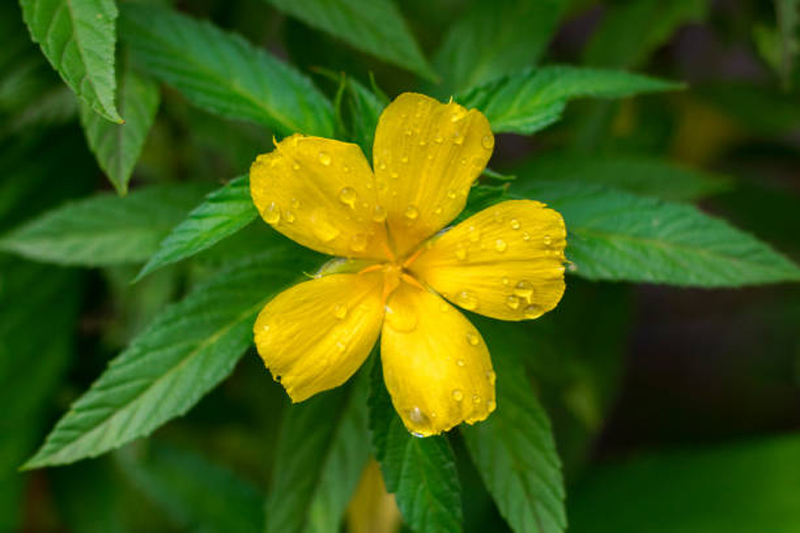 It is also known as Turnera aphrodisiaca, Turnera diffusa. This herbs is popular in Mexico, it is used to make both a tea and a liqueur. It may have a calming or sleep-inducing effect. It is traditionally thought of as an aphrodisiac, and has been used to treat impotence and sterility, not to mention diabetes, kidney disease, bladder infections, asthma, bronchitis, chronic fatigue, and anxiety. (10)

Precautions: It can interfere with the absorption of iron. Evidence for its supposed aphrodisiac qualities is only anecdotal, though it is generally considered a safe herb. There appear to be no reports of toxicity. It is recommended to consume one tablespoon of dried herb in a cup of boiling water.