Trending
You are at:Home»Health & Beauty»4 Easy Tips to Brushing Your Teeth 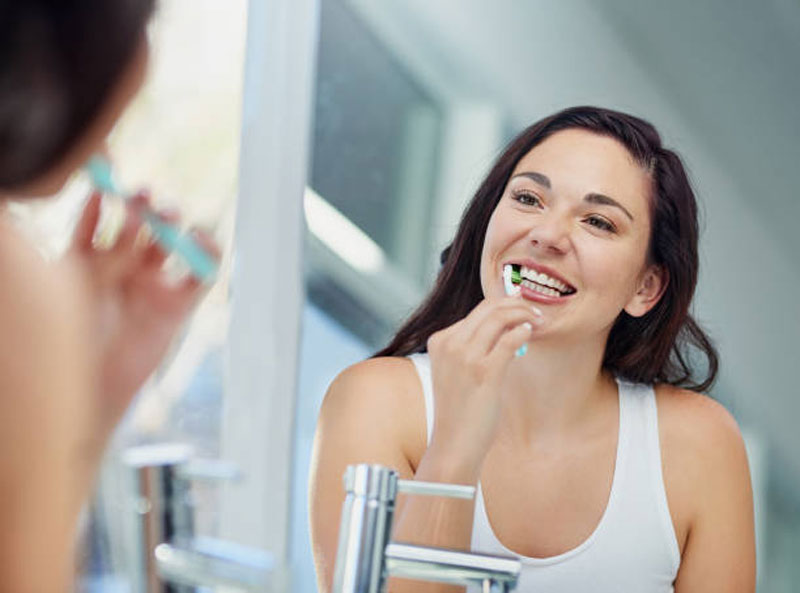 Brushing your teeth is a simple routine that can help you maintain a bright smile. In fact, brushing twice every day is known to prevent an over accumulation of plaque and other bacteria that can later cause tooth loss. However, most people brush their teeth the wrong way. Some imagine that rubbing a toothbrush that has toothpaste back and forth for a few seconds is enough to remove the dirt that’s usually trapped in the tiny spaces between the teeth. If you rub your tongue against the teeth and feel some grit, it’s possible you didn’t brush the right way. Here are a few tips that can guide you in brushing your teeth and leave them spotlessly clean.

There are people who brush their teeth first thing in the morning before having breakfast. They do this because they believe that the bacteria in the mouth will kill the aroma of the tea and the other delicacies that they will indulge in. This is actually a huge mistake. It’s as bad as not brushing at all. It’s like taking a shower before hitting the gym. Since working out is a sweaty affair, you will come out feeling like you didn’t shower at all. You should therefore get used to brushing after meals because that’s when it’s most effective. But when you brush before, the food particles will still be left behind and they will give you a bad breath.

2. Use the Right Brush

You should change your toothbrush after every three months. But some people opt to use the same brush for many months or even years. Even if the bristles are still hard, it’s still recommended that you get a new toothbrush. The problem of using one toothbrush for more than three months is that the germs and bacteria that are removed from the teeth get trapped at the base of the bristles. And since removing them is an uphill task, the bacteria keep infesting your mouth over and over.

Most people brush their teeth in a back and forth motion. But the best way of cleaning your teeth is by rubbing the brush in a circular motion. This helps in weakening plaque and removal of tough stains. The other common mistake is to apply a lot of pressure on the brush. In fact brushing vigorously can hurt your gums due to inflammation that’s caused by the tip of the bristles. You should therefore brush your teeth gently and twist it in a 45 degrees angle as you approach the edges that are close to the gums. Some people also assume that applying too much toothpaste is what leads to effective cleaning of teeth. Too much toothpaste tends to be messy. A pea- nut size tooth paste is enough for brushing your teeth. After all, it’s the brush that removes the dirt.

4. Brush on All Sides

Your teeth has three sides that can be cleaned using a toothbrush; front, rear and the upper side that’s used for chewing food. However, most people only brush the front side and ignore the other sides. If you don’t clean the top side and the interior, bacteria will eventually accumulate there. You should therefore brush all the three sides to ensure there is no room for bacteria to build up. It’s also important you floss the spaces between individual teeth with a string. This is because the bristles of a toothbrush can’t reach those gaps. For more insights visit https://holisticdentistryusa.com/.