Trending
You are at:Home»Fruits»6 Science-Based Health Benefits of Eating Vegan 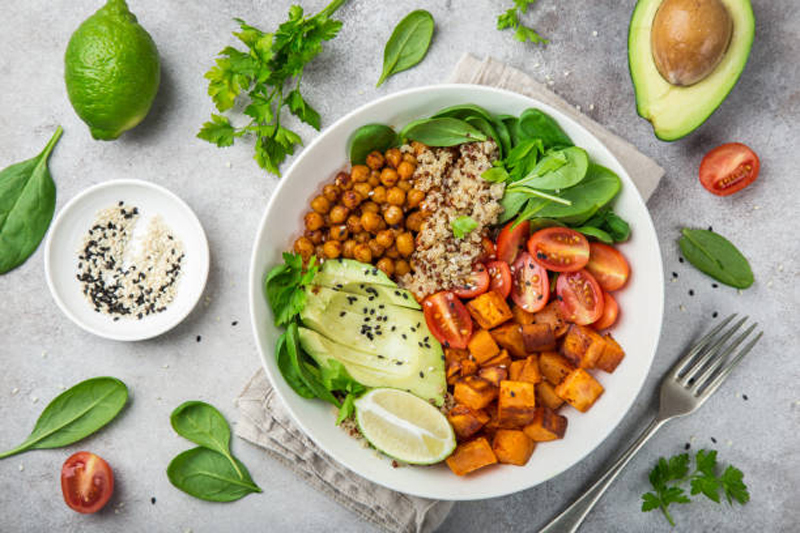 Going vegan seems to be the in thing nowadays. A radical shift from a diet laden with red meat and poultry products to a healthier plant-based diet is beneficial to the body. Endorsed by many medical institutions and celebrities; going vegan can help you in many ways to stay healthy.

Replacing meats and animal products with whole foods, grains, nuts, beans, and seeds will lead to a higher intake of beneficial nutrients. To buttress the importance of a vegan diet, here are 6 science-based health benefits of going vegan.

Switching from a western diet to a vegan diet means you eliminate meat and animal products while incorporating whole-foods, seeds and grains. Whole food makes a very large portion of vegan diets and leads to increased uptake of certain beneficial nutrients.  Vegan diets are richer in dietary fiber, antioxidants, vitamins A, C and E.

The right vegan diet can improve your health and general longevity. Researchers around the globe have been talking about how a plant-based diet can help humanity and reduce greenhouse related emissions by the year 2050.  Studies project that by switching to a purely plant-based diet, about 8.1 million lives can be saved by the year 2050 while greenhouse gas remission could be reduced by two thirds.

Researchers at the Oxford Martin School modeled four different diet scenarios to the year 2050; a vegan diet regime, a vegetarian diet regime, a diet based on global guidelines (that includes a minimum of fruits and vegetables) and a dietary rudiment based on the way we eat now. They found that adopting a vegan diet had the potential of reducing deaths by 8.1 million annually. This is greater than the vegetarian and globe diet guidelines which reduced deaths by 7.3million and 5.1 million respectively.

Athletes around the world are beginning to see the high benefits of supporting their fitness efforts with a vegan diet. Here are some notable scientific benefits of going vegan:

4. It’s well documented that a Vegan diet can prevent Osteoporosis

Osteoporosis is a condition that affects the bone, making them more fragile and brittle. It attacks a significant portion of the populace over 50 years old. Scientific estimation places the mortality at 75 million people and 8.9 million fractures annually.  It is not correct to say taking milk and calcium-based products are the only things you need to improved bone strength. In fact, Osteoporosis is more prevalent in countries where dairy products are a staple.

The effect of meat and eggs on bone leaching is significant because they contain five times the amount of sulfuric amino acids than plant-based products.

A vegan diet will improve bone health and reduce the likelihood that an individual develops osteoporosis in the future.  Be sure to spice things up by employing the services of a healthy food delivery service to ensure you have an unending supply of vegan diet right at your doorstep.

5. Vegan Diet can protect and better fight the development of Cancer cells

Obesity and cancer cases are on the rise. In 2016 the United Kingdom Society for Cancer research released a figure that showed a recent rise in cancer cases caused by excess weight. This is alarming; owing to the fact that obesity is on the increase worldwide.

Independent analysis of five different countries that examined vegetarian and vegan diets and the effect on cancer concluded that there is a reduced risk for those on vegan diet to develop cancer.