Trending
You are at:Home»Herbs and Spices»Health benefits of Himalayan Rhubarb 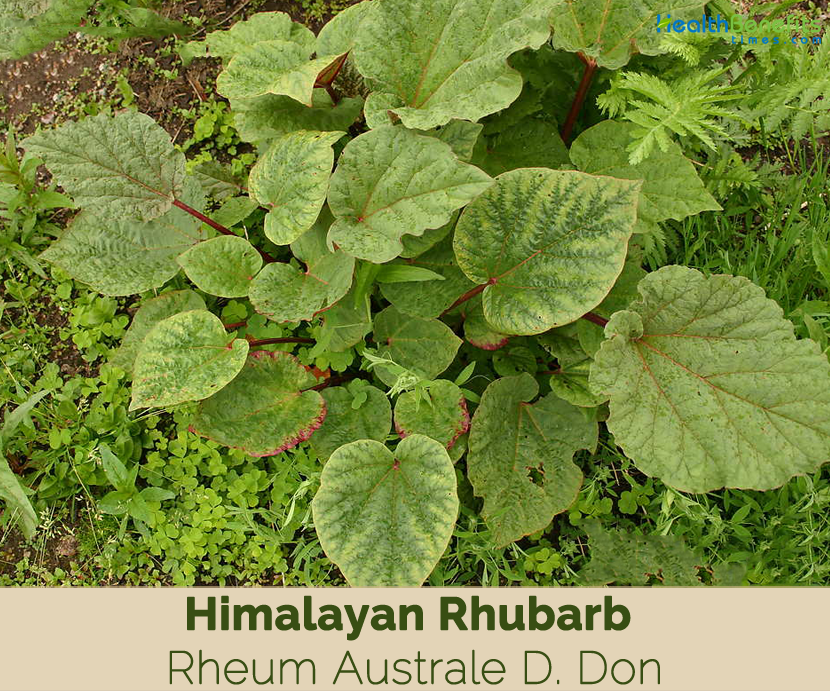 Himalayan Rhubarb scientifically known as Rheum Australe D. Don is a stout rhizomatous plant belonging to the family Polygonaceae and is a medicinal herb used in the Indian Ayurvedic and European medicines. The plant has been cultivated over 5000 years for its medicinal properties. Himalayan rhubarb was formerly known by the synonymous name of Rheum emodi. The plant is native to higher regions of Himalaya, covering the areas of India (Kashmir and Sikkim), Bhutan, Nepal, Pakistan, Myanmar, and China. Few of the popular common names of the plant are Himalayan rhubarb, Indian rhubarb, Red-veined pie plant, Red Vein Rhubarb, Nepal rhubarb and red-veined Himalayan rhubarb. Genus name comes from the Greek name for the roots and rhizomes imported from Iran (or genus name comes from the Greek word rha which is the ancient Greek name for the common rhubarb). Specific epithet comes from the Latin word australis meaning from the south. It has been using for more than two thousand years in the traditional medical systems and is known as the “Lord” or “King of herbs”.

It has been commonly used in traditional medicine for a wide range of ailments related to the circulatory, digestive, endocrine, respiratory and skeletal systems as well as to infectious diseases. The plants consist of Hydroxyanthracene derivatives such as rhein, emodin, chrysophanol and their glycosides. The plant is edible and has effect of balancing the whole digestive system. Rhubarb root is anti-cholesterolemic, antispasmodic, antitumor, diuretic, laxative, purgative, stomachic and tonic.

Unlike its culinary cousin (Rheum x hybridum) which is the rhubarb grown as a vegetable for harvest of its edible leaf stalks, Himalayan rhubarb is basically grown as an ornamental for enjoyment of its huge rounded leaves and feathery plumes of summer flowers, and as a medicinal plant for treating a wide range of human medical problems in the circulatory, digestive, endocrine, respiratory and skeletal systems.

Himalayan Rhubarb is a multipurpose, endemic, robust perennial, endangered medicinal herb that grows about 1-3 m tall. The plant is found growing in alpine zone on rocky soil, moraines, and crevices, between boulders and near streams in specific pockets, grassy or rocky slopes and forest margins. The plant prefers a deep, organically rich, fertile, moderately heavy, humus rich, moisture retentive and well-drained soil. The plant has stout stems that are streaked green and brown, glabrous or pubescent at the nodes 1.5-2 m high.

Basal leaves have 30-40 long petioles and thick blades. Leaves are thick, orbicular, ovate-elliptic or broadly ovate with 5-7 basal veins, a cordate base, entire margin and sinuolate with an obtuse apex. Upper leaves are smaller.

Flowers are pedicellate and dark purple. Perianth are smaller and oblong elliptic. Filaments are subulate. Ovary is rhomboid-obovoid and stigma is oblate and muricate. Flowering normally takes place from June to July. Fertile flowers are followed by fruit that is ovoid-ellipsoid, broadly ellipsoid or ovoid oblong in shape, large (0.5-1.5 cm) long and purple with wings more narrow that thick and notched at both ends. Harvesting of seeds starts from July to September. 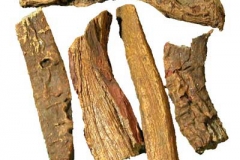 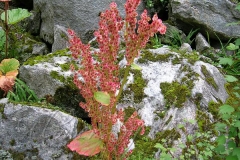 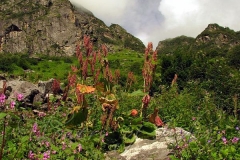 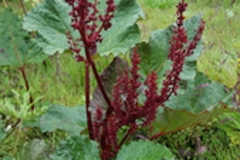 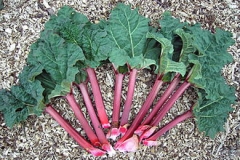 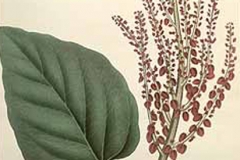 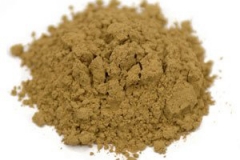 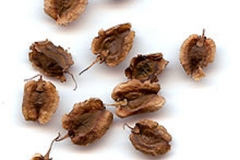 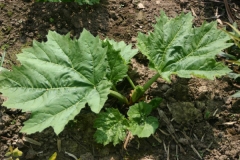