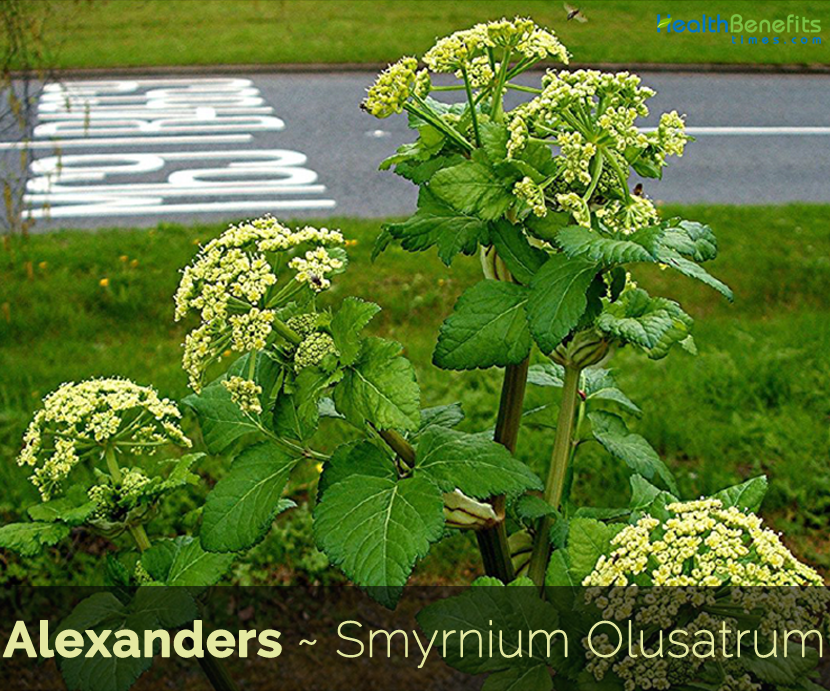 Smyrnium olusatrum, well known as wild celery or Alexanders, is a biennial herb belonging to the Carrot family Apiaceae ⁄ Umbelliferae and is used for many centuries as an edible vegetable because of the aromatic flavor of its parts. The plant is native to Mediterranean region and is found in Asia Minor, Syria and the Canary Islands, as well as being naturalized in the British Isles. Apart from Alexanders it is also known as Alexander parsley, Macedonia parsley, Alick, Ailsanders, Skit, Skeet, Ashinder, Megweed, Meliroot, Wild Celery, Alexanders, Black-lovage, Horse-parsley, Black Potherb, maceron, stanmarch, black pot-herb, hell root, Roman celery, Alexandrian parsley and Thanet celery.

The species name olusatrum comes from olus, meaning ‘pot herb’ (cooking vegetable) and atrum meaning ‘black’ in reference to the black seeds. It is also commonly called Black Lovage. Common name Alexanders means ‘of Alexandria’ in the reference to its geographical origin in Alexandria, North Africa though some references speculate that it may have been named after Alexander the Great.  Called Hipposelinon by the Greeks, a word which means ‘parsley’ or ‘horse celery’, it was used to distinguish it from cultivated celery (Apium graveolens).

This species has opposite shades of glossy green leaves. These are composite, with large and dentulous leaves. Basal leaves are larger and have three separate oval segments, 3-4 cm wide and about 10 cm long. The upper leaves, smaller than the first ones, consist of three leaflets. The petioles, with reddish veins, are enlarged to their base, inguing the stem.

Alexanders is considered by umbrella inflorescences composed about 6-12 small umbrellas, with long peduncles with many spokes. Flowers of this species are small, with pentametric symmetry with yellow-greenish petals. These have a two-carat egg ovary at the center. Sepals are almost absent or very small and the cup is nearly totally fused to the ovary. Ovary carries two styles that spread to the base in a necroweight disc. Flowers of this plant are hermaphrodites and are frequented and pollinated by insects. Flowering of the plant normally occurs in a period between May to June.

Known to Theophrastus and Pliny the Elder, its roots are diuretics, its leaves make a healing juice for cuts and its crushed seeds were a popular condiment. Pliny recommended chewing “Alexander’s herb” with aniseed and a little honey in the morning to sweeten the breath. Alexanders was introduced into Britain by the Romans (hence the name “Roman celery”) but fell out of fashion with the introduction of new varieties of celery in the 19th century. John Evelyn, in his 1699 Acetaria: A Discourse of Sallets [Salads] describes Alexanders as a “moderately hot, and of a cleansing faculty,” comparing it favorably to parsley. “Ellicksander Pottage” was described by Robert May in The Accomplish’t Cook (1660): “Chop ellicksanders and oatmeal together, being picked and washed, then set on a pipkin with fair water, and when it boils, put in your herbs, oatmeal, and salt, and boil it on a soft fire, and make it not too thick, being almost boil’d put in some butter.” According to Culpeper it was an herb of Jupiter, and he recommended the aforementioned Alexander pottage. Alexanders was carried on ships as a remedy against scurvy. 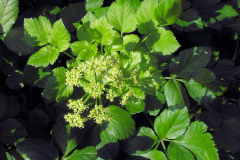 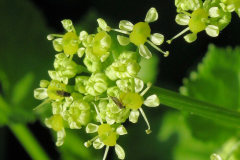 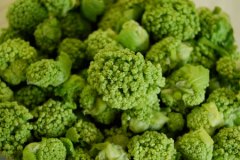 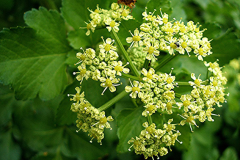 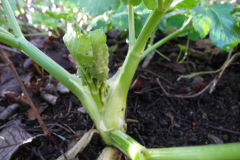 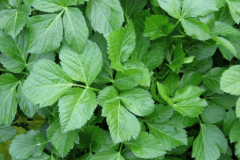 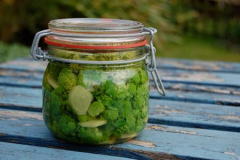 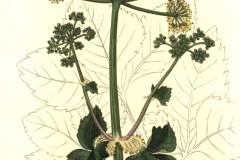 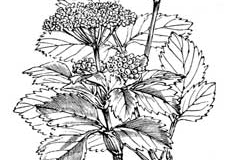 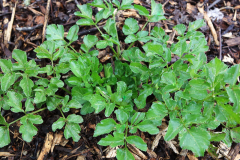 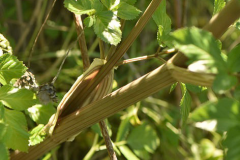 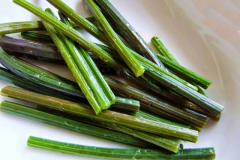 Alexanders were used for culinary purposes. It is used in the place of Parsley while cooking. It is mostly known for its usage in herbal medicine and all the parts of the plant was used for cooking in some way or the other. Listed below are few of the health benefits of using Alexanders

Scurvy is the disease caused mainly due to insufficiency of Vitamin C. It results in swelling and bleeding of gums and also weakening. Alexanders were used for curing such problems in the teeth when any other herb rich in Vitamin C were not accessible to support.

Alexanders plant was anciently used to cure dropsy. Dropsy is actually a swelling of the tissue layers in the body resulting due to accumulation of water. Person suffering from dropsy in the before years, would use this plant’s oil and extracts in order to get cured of the swelling.

Alexanders herb acts as an Emmenagogue. Emmenagogue is an herb that is consumed for increasing blood flow in pelvic and uterus parts of the body. Any disorder in the menstruation cycle of a woman which is caused not due to pregnancy then they can intake emenagogue to cure it. Seeds of alexanders, when consumed along with wine, act as Emmenagogue and helps in menstruation.

Alexanders also acts as very good wound healers. Leaves of the plant are rich in the field of soothing the cuts and minor abrasions. Leaves of the alexanders are crushed well and the juice is being applied over the wounds and cuts which have the power to heal the injury, the recovery speed being quite fast.

Alexanders has been used for centuries as a diuretic that will help control various diseases such as kidney, stones, urinary tract infections and gallbladder stones. Roots of the plant has diuretic effects.

Alexanders consists of good amount of vitamin C that makes the benefit to boost the immune system of the body. When our immune system is strong, it can avoid us from several diseases.

Asthma is considered one of the chronic diseases. Seeds produce a high aromatic scent which is comparable to the strong myrrh-like scent that is used for the treatment of asthma. Asthma is a disease that affects our lung.

Alexanders is considered one of the beneficial herbs for digestion. Fiber contained in this plant helps to cure some diseases that may affect your stomach such as reflux, peptic ulcers and constipation. Powdered seeds also have been known to warm the cold stomach.

Traditional uses and benefits of Alexanders

Culpeper noted “It warms a cold Stomach, and opens stoppages of the Liver and Spleen, it is good to move Women’s Courses to expel the After-birth, to break Wind, to provoke Urine, and help the Strangury [painful urination caused by bladder diseases or kidney-stones]. It is also effectual against the biting of Serpents.”