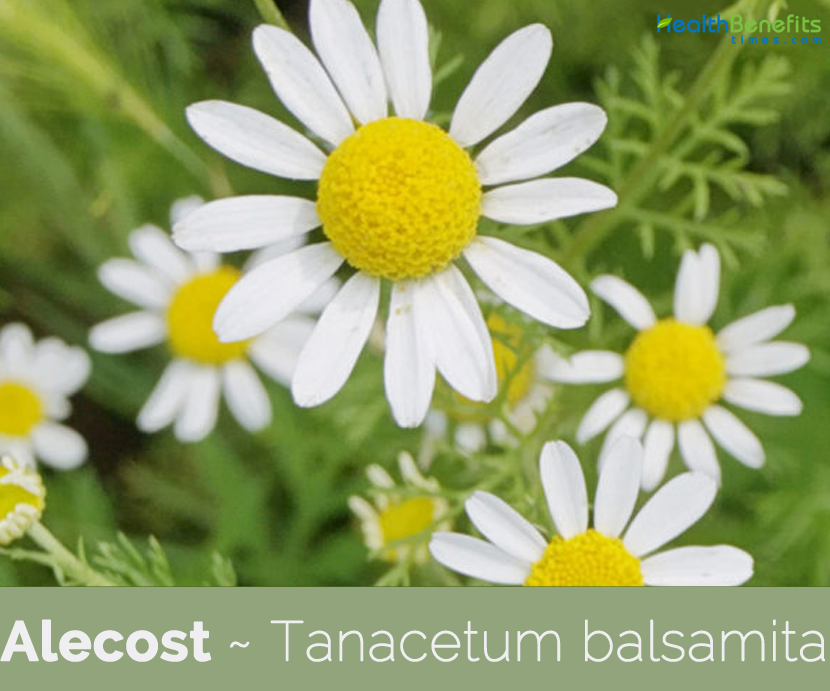 Tanacetum balsamita commonly known as Alecost is an attractive tall growing, perennial herb, belonging to the Aster family, the Asteraceae ⁄ Compositae. This aromatic herb has two popular common names, ‘Costmary’ and Alecost. ‘Cost’ refers to Costus, a spicy Asian plant related to ginger, which has a slightly similar flavor. ‘Mary’ refers to a legendary association with the Virgin Mary, perhaps due to the fact that this herb was used in medieval times as an infusion, taken to relieve the pain of childbirth. The plant is native to southern Europe and western regions of Asia and is a hardy plant that is able to withstand the cold winters of Europe as well as the humid summers in Asia. Few of the popular common names of the plant are costmarie, sweet Mary, mintys mair (Mary’s mint), alespice, lady’s balsam, lady’s herb, bitter buttons, goose tongue, allspice (not to be confused with the spice), sweet tongue, tongue plant, balsam herb, mint geranium, mace (not to be confused with nutmeg mace), Bible plant and Bible leaf.

In medieval France costmary was called “Herbe Sainte-Marie”, but other references recognize it with Mary Magdalene as often as the Virgin Mary. According to medieval legend, costmary was the balsam with which Mary Magdalene washed Jesus’ feet. Genus name tanacetum refers to the family relationship with tansy and species balsamita derives from Latin balsamum “balsam tree”, originating from Old Hebrew bōshem denoting the balsam tree, but also meaning “fragrance” or “spice” in general. The plant has occasionally been mistakenly called “mace “in English, this term being reserved for a spice derived from the nutmeg tree.

Alecost is an attractive tall growing, herbaceous, perennial, rhizome bearing herb that grows up to 2 m (6.6 ft.) high. The plant thrives in nearly any type of poor, dry soil, including clay and sand. The plant has shallow in depth, wire like, slender and branched roots. Stem is solitary, erect, loosely pubescent, and branched above. Basal leaves are 12-20 cm long, limb oval-elliptic, 1-1.5 cm wide, crenate-dentate, acute, loosely pubescent, sessile, and sometimes pinnatisect. Petiole is 8-15 cm long. The leaves have a minty, balsam-like fragrance reminiscent of the taste of spearmint chewing gum. Flowers are yellowish, button-like blossoms about 1½ inch wide that bear a resemblance to those of tans. The Alecost flowers bloom in various groups between the later phases of summer to early autumn. Flowering normally takes place from September to October. Flowers are replaced by achene 5-10 mm long, costate: pappus crown-like, 0.2-0.4 mm long, entire or dentate. The plant does not produce any seeds and are propagated by division or root and rhizome cutting.

Alecost is a potential medicinal and aromatic plant grown commonly in most of wild habitats in Iran, Turkey and several other countries. Its essential oil is presently used in medicine and pharmacology and several other industries such as food, perfumery and confectionery. Regrettably there is very little tendency to the large scale production of this valuable plant. There are very restricted literature and research works on Alecost as well. Inspite of this, Alecost can be used as a rich source of monoterpenes such as carvone along with carvone bearing plants such as spearmint, caraway and dill.

It was taken to the New World by early English colonists who combined it with lavender to scent linens and blankets. It was also used in wardrobes and clothes’ stores to deter clothes moths. The dried leaves of alecost retain their minty-balsam perfume for a long time and make a sweet addition to pot pourris. A small amount of the leaf can be added to soups and salads, or added to melted butter and new potatoes. Alecost is recommended in modern herbals to relieve a stuffed-up nose. Place a handful of the leaves in a bowl of boiling water, cover the head with a towel and inhale for five to ten minutes. In flower language it is the symbol of impatience. 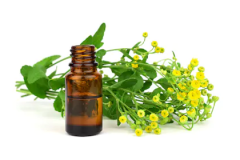 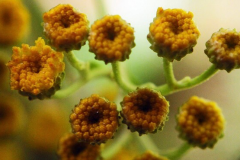 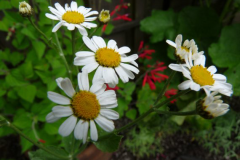 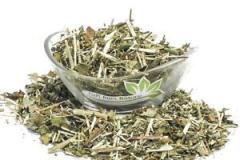 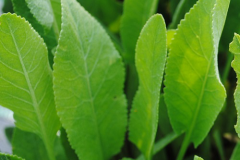 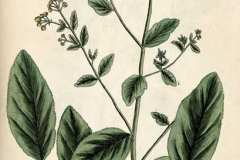 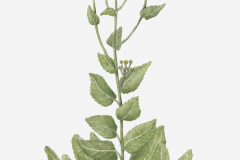 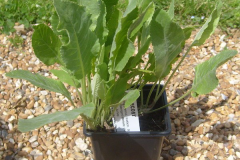 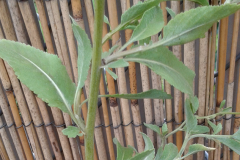 Costmary is rich in minerals. According to Nutrition Data, the spice consists of calcium, iron, magnesium, phosphorus, potassium, sodium, zinc, copper, selenium, and fluoride. Calcium and phosphorus work together to strengthen the bones and the teeth. Then, iron helps with adequate oxygenation of tissues and cells. On the other hand, magnesium promotes neuro-muscular health while zinc promotes wound healing the digestion. Listed below are few health benefits of alecost

Alecost also helps improve the health of the gastrointestinal system. Modern herbalists do not usually use Alecost ; however, it can be used to manage liver, digestive, and gallbladder disorders. As per the publication, a person can make a standard infusion by using 30 grams or an ounce of dried leaves or three handfuls of fresh to 570 ml or 2.5 cups and a pint of boiling water. The infusion is allowed to steep for between 15 minute and four hours and then strained for use. Also, the dosage used is up to 240 ml or eight fluid ounces per day, which is divided into three doses.

Alecost has astringent and antiseptic properties, which makes it proficient of treating ailments like colds, fever, flu, indigestion, worms, and diarrhea. Along with the above-mentioned, the ointment can also be used for old ulcers, dry itches, shingles, scabs, and external vermin.

Traditional uses and benefits of Alecost

This aromatic herb has two common names, costmary and alecost. “Cost” refers to costus, a spicy Asian plant related to ginger, which has a slightly similar flavor. “Mary” refers to an association with the Virgin Mary, perhaps because it was used in medieval times as an infusion to relieve the pain of childbirth. “Alecost” translates into ale-cost or “spicy herb for ale” as it was once an important flavoring of ales. The large, oblong leaves of costmary make neat, fragrant bookmarks, a use that gives us the old names Bible leaf or Bible plant. The minty odor might help to repel silverfish or insects from the family Bible, and the leaf could be smelt or chewed secretly during long sermons to stay awake.