Trending
You are at:Home»Facts»Analyzing the number one public enemy: gluten 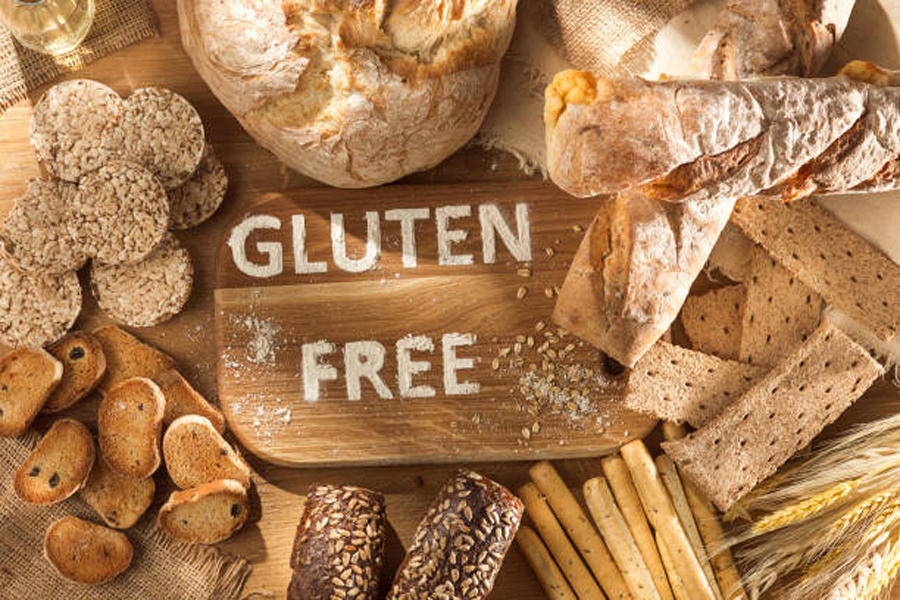 Today, we will cover one of the hottest topics in the past decade: gluten. We will see what the evidence says and if it is really something to be concerned about

Explaining what gluten really is

Gluten is a general name used to describe the proteins found in wheat grains, rye, barley, and others that form large interconnected structures called gluten-protein complexes during the cooking process. These protein complexes are highly valuable for the breadmaking industry thanks to the viscoelastic property of said proteins which helps create a dough that is more elastic, easier to manipulate, and that keeps its shape better, acting as a sort of “glue”. This explains why it got its way into every household and is so easily found in a myriad of products in the market like Modified food starch, lecithin, emulsifiers, soy sauce, medications, supplements, and other processed foods.

It is important to note that gluten is not a single molecule, but it is made of other proteins, like prolamins, carbohydrates, and lipids.ANd in the specific case of wheat gluten, the proteins are glutenins and gliadins, which are responsible for many of the intestinal effects in our bodies and interactions with the immune system.

However, there are other proteins from different grains like prolamins in barley, rye, and corn, And even avenin in oats, which is another form of prolamin. All of these prolamins have the potential to have an influence on celiac disease, as in the case of oat intolerance. But from all of these, gliadin, present in wheat, is the most relevant one and that affects the majority of people with celiac disease or different kinds of sensitivity to gluten.

The potential effects it can have on the human body

For some people ingestion of gluten can have a direct effect on certain organs in the body and an indirect global effect on other systems and organs.

Intestines: There can be an effect not related to celiac disease, also called non-celiac gluten sensitivity that causes symptoms of irritable bowel syndrome; pain, intestinal inflammation, stool consistency, and other immune markers like C reactive protein for general inflammation in the body. All of these symptoms subside after implementing a gluten-free diet.

Celiac disease: having a genetic and hereditary component, people with celiac disease suffer from an autoimmune reaction to the ingestion of gluten in varying degrees going from minor symptoms that can go unnoticed to potentially life-threatening. Some symptoms and consequences of celiac disease:

And there are specific symptoms for children and young teens that include:

Diagnosis for celiac disease is still not 100% accurate and can be quite challenging resorting to specialized biomarkers and biopsies. In most cases, the best way to avoid this intestinal damage is to avoid gluten.

Other organs that can be affected: people with gluten intolerance or celiac disease can show symptoms outside of the gastrointestinal system such as:

Maybe it is not glutens fault entirely.

Gluten is not a single problematic compound but it rather refers to a group of proteins that can trigger an autoimmune response.

There is some evidence from a few studies that show that the reason for intestinal distress in people with no celiac disease might not be gluten but actually FODMAPs, which are simple short-chain carbohydrates that are easily fermented and create gas in our intestines. These are present in Wheat, rye, and barley in the form of fructan FODMAPs and when removed from the diet had a greater effect on the reduction of symptoms, even when gluten was still present in the diet. So perhaps we don’t have the full picture just yet.

How to know if you have one of these sensitivities, journaling and trying an elimination diet:

All of this science looks quite interesting but can seem a bit abstract and complicated to understand, especially how to apply all of this knowledge to our daily lives and how to know if we might be suffering from one of these conditions, and what to do about it.

The safest way to understand how your own body is reacting to these or any other substance or food is to try an elimination diet and some journaling, kind of conducting your own experiment in your own body.

Basically: for a couple of weeks eliminate the foods that you think are causing symptoms in your body, or perhaps the foods most commonly associated with intolerances:

An effective elimination diet will have three phases:

Preparation: Where you will still eat what you regularly eat and start journaling about your symptoms, trying to identify a relationship between what you eat on a certain day and the symptoms you perceive. This can last around 7 days.

Elimination: for 2 to 3 weeks remove the foods that you noticed are causing symptoms, or if you’re not sure remove the most common suspects, mentioned above.

Reintroduction: This is the longest phase and can last a few weeks where you reintroduce the foods eliminated only one at a time in a period of 1 to 2 weeks per food, keep journaling and paying attention to your symptoms and trying to identify the food that might be causing the intolerance.

After you’ve finished this process you can have quite an accurate idea of foods that contain gluten are the root of your symptoms. However keep in mind that this explanation is merely informative and not intended to be used as medical advice, always resort to a trained medical or nutrition professional to aid you in the process of an elimination diet, and ask them how such a diet might interact with any health conditions or medicines you might be taking

For many people finding an intolerance to any food can be quite heavy news, as it means removing one or multiple food groups entirely to ensure a life without pain and other symptoms.

We would like to finish this article with a couple of recommendations to manage a gluten-free life, whether by choice or medical necessity: