Trending
You are at:Home»Facts»Appointment Prep: 5 Common Medical Tests You May Encounter 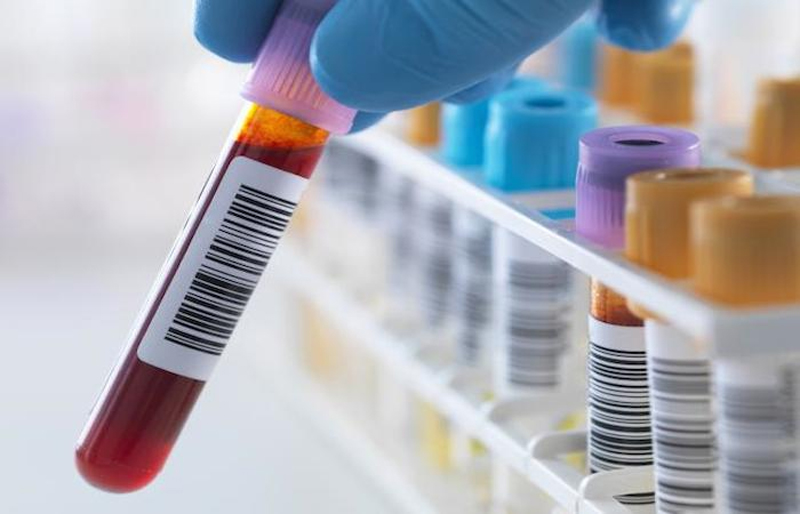 The last time you went to the doctor, did you have to get any medical tests? Even if you were simply there for a physical, there’s a good chance you had to have your blood drawn or give a urine sample. And if you came in with a more serious complaint – severe joint pain and swelling, persistent headaches, constant stomach aches and reflux – you may even have been sent for other tests at a hospital or ambulatory care center.

Of course, any time a medical test is ordered, from the most routine to the most emergent, it’s natural to be nervous and to want to know what to expect. These 5 tests represent some of the most common ones you’ll encounter, from basic blood tests to invasive screening and complex imaging, with insights on what to expect.

Blood tests are one of the most important types of tests that doctors order because there are so many different specific tests housed under this heading. For example, blood tests can be used to screen for diabetes, evaluate kidney and liver function, diagnose conditions like anemia or high cholesterol, and even take samples for genetic testing – and that’s just scratching the surface.

Some blood tests, such as testing for cholesterol, need to be done while fasting, but many others can be done as soon as they are ordered, and overall, they represent minimal risk. At worst, you might experience some slight pain and bruising from these tests, which will heal in a few days.

Many medical tests are recommended as standard screenings once you reach a certain age, and colonoscopies are among these. While patients with certain digestive complaints may undergo colonoscopies far earlier, it’s recommended that everyone age 50 and over receive regular colon cancer screenings, even those without any history of colon cancer in their families. Despite the standard nature of this test, though, and the fact that it only takes about 15 to 20 minutes to administer, patients are often hesitant to undergo it.

The most important thing to understand about colonoscopies is that the most unpleasant part isn’t the test itself, but the preparation for the test. Patients must drink a large quantity of laxative solution, while also consuming a clear liquid diet, in order to clear out the colon before the test. This can cause nausea and painful cramps, but most people can complete the process fairly easily. As for the test itself, it’s general administered under twilight sedation, so you aren’t put under complete anesthesia, but you are unlikely to remember the test or the first few minutes after waking up, and you’ll need someone to drive you home afterward, as your doctor won’t release your otherwise.

X-rays are one of the most common types of medical imaging, and also generally the quickest and least expensive because they’re a very old technology and can only really be used to look at the bones, as well as look for a few other physical abnormalities, like cloudy lungs that would indicate pneumonia. However, the most likely reason your doctor will order an x-ray is because you’ve recently suffered an injury.

Though your physician or, depending on the circumstances, an emergency medicine provider or urgent care doctor, is the one who will order your x-rays, they are not the ones who will perform them. X-rays, like MRIs, CT scans, ultrasounds, and other similar studies, are performed by medical imaging technicians. Medical imaging technicians have special training that allows them to run different types of diagnostic equipment and they provide radiologists and other doctors with scans that the doctors then interpret.

Much like colonoscopies, women’s health screenings like mammograms and pap smears are part of preventative care, and it’s recommended that women receive pap smears every three years starting at age 18 or when they become sexually active, and regular mammograms starting at age 50. Prevention and early detection aren’t the only things that pap smears and mammograms have in common with colonoscopies, though – they’re also tests that women regularly try to avoid, though they are actually far less unpleasant than most people make them out to be. They’re certainly less involved than colonoscopies.

Mammograms are often billed as painful, and it’s undeniable that they’re uncomfortable since they involve pressing the breasts up against a metal plate to get a clear image of the tissue. However, the test only takes about 40 seconds to perform and getting regular mammograms is the best way to detect breast cancer early, significantly increasing the odds of survival.

As for pap smears, these are performed every three years as part of a standard women’s health exam, either by your primary care provider or gynecologist. The full test takes less than five minutes and, if any irregularities are found, may be followed up a few weeks later by a second, simple biopsy of the tissue, known as a colposcopy. Regular pap smears are critical for detecting early signs of cervical cancer and, as long as the tests are normal, can actually be performed as infrequently as every 5 years after age 30.

Short for magnetic resonance imaging, an MRI is a test that uses a very large, spinning magnet to look at internal bodily structures, most commonly in the brain, but also in the abdomen and pelvis, spine, and some other joints. Many people will never need an MRI, but if you have ever experienced neurological symptoms like migraines or if you have certain types of spine or joint problems, you may be referred for one. Depending on what doctors are looking for, the test may be performed with or without contrast material, or both ways.

If you do need an MRI, the most important thing to know about it is that they can be somewhat lengthy, but they aren’t painful or invasive – just loud. The magnet used makes a very loud thumping sound, even though you’ll be given earplugs to protect your hearing. At most MRI centers, the imaging techs will also give you the choice of music or radio stations to listen to, which serves to both muffle the noise and acts as a distraction, as you may be in the scanner anywhere from 15 minutes to more than an hour.

Researchers are always working to make medical testing less invasive, painful, and time consuming, but the most important thing patients should know about tests – no matter the kind – is that their doctor and any technicians administering the are always happy to answer questions. If you’re nervous, uncertain, or just want clarification, be sure to ask at any point during the process. Your comfort and health are their top priority.