Trending
You are at:Home»Herbs and Spices»Traditional uses and benefits of Aquatic Rotula 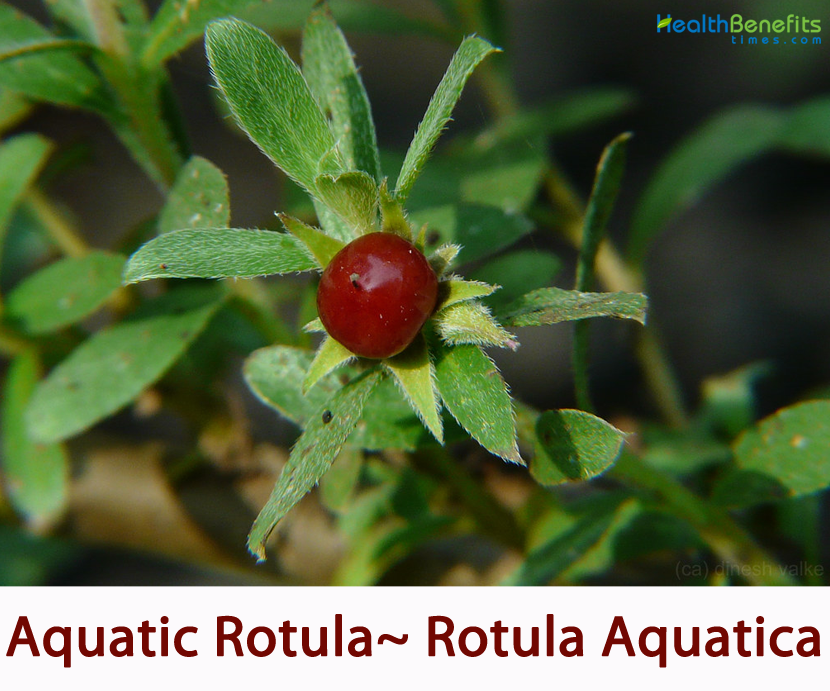 Aquatic Rotula scientifically known as Rotula aquatica is a species of aromatic flowering shrub in the borage family, Boraginaceae. It is a rare rheophyte plant native to eastern Brazil, western Africa, and from India, throughout continental South-East Asia, to southern China and the Malesian region, where it is found in Peninsular Malaysia, Borneo, the Philippines, Sulawesi and New Guinea. Apart from Aquatic Rotula it is also known as kallurvanchi. The plant is a mandatory component of many Ayurvedic drug preparations and is an important traditional medicine for kidney and bladder stones.

Aquatic Rotula is a small branched aromatic flowering shrub or bush that normally grows about 2 to 3 meters tall. The plant is found growing among rocks crevices, rocky riverbeds, forested lowland areas, where it grows in rocky, gravelly or sandy localities that are periodically inundated, especially along streams and trailing over gravel bars in stream beds. It is pantropic in distribution. The plant has numerous short lateral arrested branchlets often rooting, aromatic, pinkish and glabrous, mostly found in the rocky riverbeds. The  plant  is  distributed  throughout  peninsular  and  Western Ghats  of India  in the  sandy and  rocky  beds of  streams and rivers. Roots are cylindrical, often develops from lateral branches.

The leaves are arranged alternately or clusters, overlapping, oblong to obovate or linear-oblong, usually 0.6-2.5 cm long and 0.2-0.9 cm wide, and short-stalked. They are entire or shallowly toothed, glabrescent or sparsed scabrous, ciliate along the margins, cuneate at base, obtuse or shortly apiculate at apex; petioles 0.5-3 mm long and greenish.

The flowers are small and crowded, and are borne in clusters at the end of branches. There are 5 narrow sepals which are about 4.5 mm long, with sharp points. The flowers are purplish or pink, 5-6 mm long, with 5 petals. Nearly 5 Stamens are exserted at the base of the corolla tube, with filaments up to 0.3 cm long and oblong-ovate anthers almost 0.2 cm in length.

Fertile flowers are followed by somewhat rounded, subglobose, fleshy drupes that are about 4 mm in diameter, and contain four seeds. Fruits are initially green turning to yellowish to brownish-red with a strongly 4-lobed endocarp breaking up into 4 single-seeded pyrenes at an early stage. Seeds are oblong, without endosperm.