Trending
You are at:Home»Herbs and Spices»Traditional uses and benefits of Asiatic Dayflower 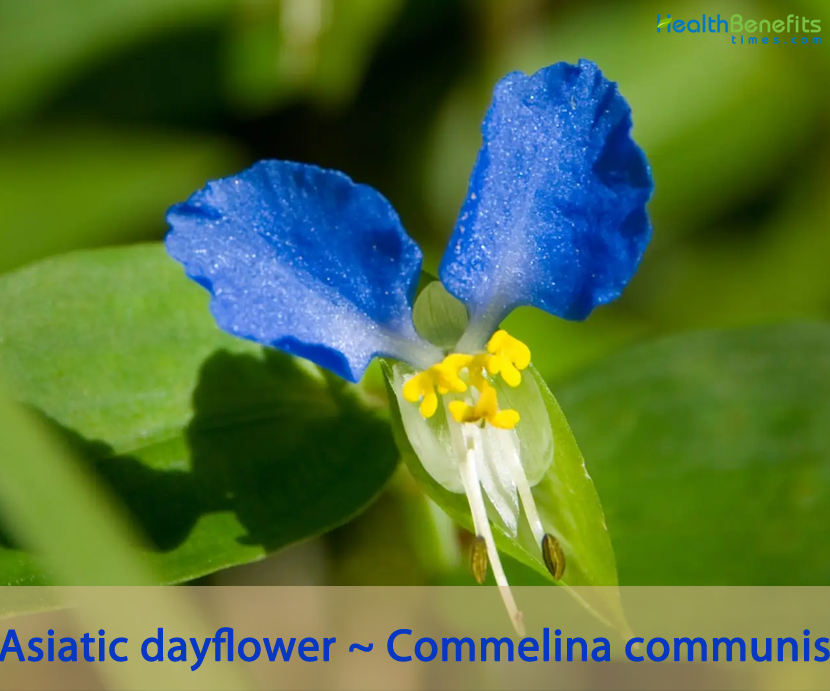 Commelina communis, commonly known as the Asiatic dayflower, is an herbaceous annual plant in the Commelinaceae Mirb. (Spiderwort family). The plant gets its name because the blooms last for only one day. The plant is native throughout much of East Asia and Southeast Asia. Country by country, it is found in China, India, Japan, Taiwan,  Korea, Malaysia, Cambodia, Iran, the Russian Far East, Laos, Vietnam and Thailand. Within China it is found in all provinces except Xinjiang, Tibet, Hainan and Qinghai. In Japan the plant is found from Kyūshū to Hokkaido south. In Russia it is found on Sakhalin and in the Far East in areas nearby the Ussuri River. In China, the plant is recognized as yazhicao roughly meaning duck foot herb, whereas in Japan it is known as tsuyukusa which means dew herb. Apart from that it can also be found in much of eastern North America central and southeastern Europe, where it has spread to become a poisonous weed.

Some of the popular common names of the plants are Asiatic Dayflower, Day Flower, Common Dayflower, mouse flower, Seven-angled Pipewort, Ator, Danzhuye, Duck’s tongue plant, Gangi gadda, Spider wort, Zhuyecao Yashecao and Thai lai trang. The genus name of the Asiatic dayflower was taken from the last name of three Dutch brothers named Commelin. Out of these three brothers, two became skillful botanists while the third one expired without any achievement. The name is suitable as the two skillful brothers are signified by the inflamed deep blue petals of the bloom while other is symbolized by the reduced white petal. Other common name mouse flower match with positioning as well as shape of the enlarged deep blue petals which actually look like ear of the mouse.

Asiatic dayflower is an herbaceous annual plant that normally grows about 3.4 ft. long. The plant is found growing in partly shaded grassy places, low woods, edges of floodplain forests, vacant lots, cultivated fields, roadsides, railroad embankments, edges of gardens and yards, thickets, ridges, fence rows, areas along buildings, vegetable fields, bottomlands, waste areas, orchards, ditches,  disturbed soils near waterways, and near dwellings. It is common in disturbed sites and prefers moist soil. The plant has fibrous root system and plants often root at the nodes when in contact with the soil. Stems are hairless, erect or prostrate rising at the tip (decumbent), normally rooting at the nodes. They are thick, fleshy and enlarged at the nodes.

Hairless alternate leaves measure about 3–12 cm long and 1–4 cm wide. Leaf blades are narrowly lanceolate, or lance-shaped, to ovate-elliptic, or egg-shaped. Blades are glabrous to puberulent and have slightly rough margins and the veins run parallel. Base of leaf is sessile or clasping, and has a membranous sheath which wraps round the stem. The sheath is nearly 1 inch long and has green longitudinal veins; if not it is white or greenish white. Upper edge of the sheath is hairless, though it has fine upright hairs for a rare variety. Leaves are numerous and are densely arranged.

Stalked flowers occur single or in small clusters, at the tips of branching stems or from leaf axils on top of the plant. Individual flowers are ½ to 1 inch across and consist of 3 petals. Upper 2 petals are bright blue and round while lower petal is somewhat smaller, white and jagged into 3 rounded lobes. In the middle are 3 small, sterile stamens and a 4th stamen with a bigger, butterfly-shaped tip, all 4 with a spot of maroon in the center of the yellow tip. Beneath are a style and 2 fertile stamens; all 3 are long, bent and yellowish to white.

Behind the flower is a folded, leafy bract that is 2 inches long and is half heart-shaped. Spathe is hairless and open from top to its base. Flowering period occurs in between July to September, and mostly lasts for 1-2 months. Normally flower blooms from the morning for a single day. No noticeable floral scent is found in the flower. 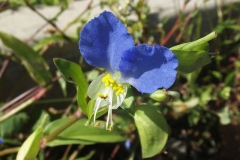 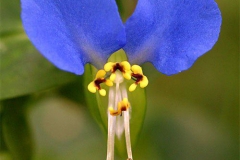 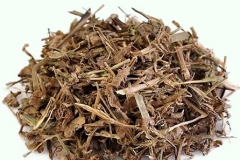 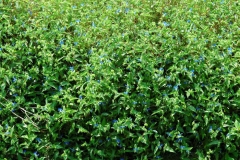 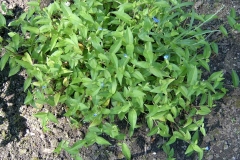 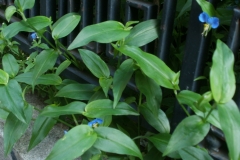 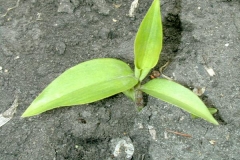 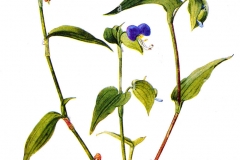 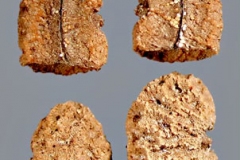 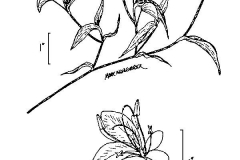 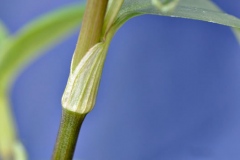 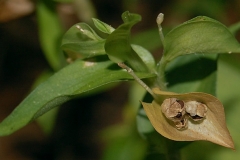 Fertile flowers are replaced by dehiscent, ellipsoid seed capsule that has 2 cells, each cell consists of 2 seeds. Capsule is glabrous, brown and measures about 4.5–8 mm long, and divided into two valves. Seeds are brown or brownish yellow colored and deltoid, or unevenly triangular shaped. Seeds are 2.5–4.2 mm long and 2.2–3 mm across, but seeds as short as 2 mm can also be found. Surfaces are rugose pitted-reticulate and are thickly covered with smaller farinose grains with thin larger farinose granules.

Benefits with other herbs