Trending
You are at:Home»Facts»Best Teas for Menstrual Cramps 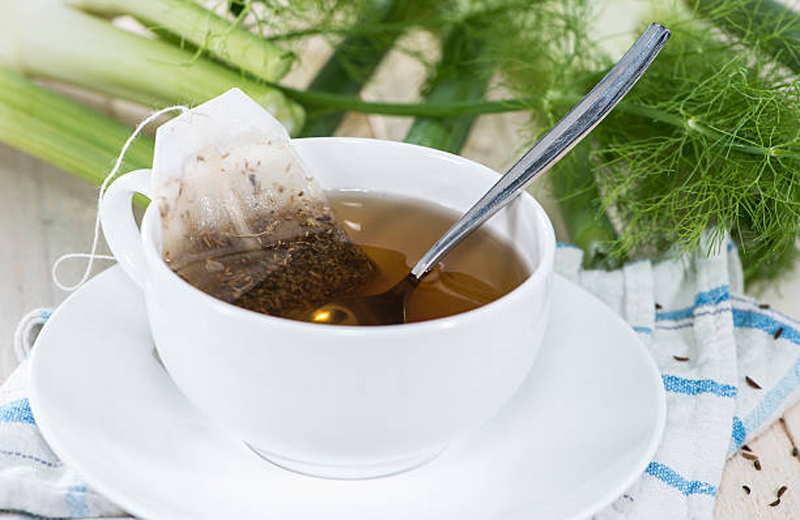 Ladies, we believe you when you say cramps are the most annoying thing that could happen to a person. And suffering through it every month of the year, we understand what you feel like! For this reason, today’s topic will be the “best teas for period cramps’’. Yes, some teas are very good for cramps, especially, herbal teas. Read on further if you want to know what could relieve you from such despair… all the best teas for cramps.

What kind of tea is best for menstrual cramps?

Doctors suggest drinking low caffeine warm beverages like herbal teas and green teas when experiencing trouble making period cramps. The heat from these warm teas relieves the tensed muscles in the stomach and provides you with the much-needed comfort you have been longing for.

Also, you would want to cut back on the amount of caffeine you consume during this time of the month. Doctors believe caffeinated beverages make your cramps worse. Avoiding consuming a lot of caffeine before and during your period might be a good idea because it can increase the intensity of cramps you have and cause vasoconstriction (or the narrowing of blood vessels) which may further increase the pain you experience.

What tea is best for menstrual cramps?

Herbals teas like chamomile tea, ginger tea, cinnamon tea, fennel tea along with good quality, low caffeine green teas are some of the best teas from teaswan.com . Also try to maintain drinking 6 to 8 glasses of water every day, especially during this time of the month. Drinking adequate amount of water not only has a positive effect on the body but also helps with cramps and bloating during your period.

Some of the best teas for cramps will be detailed below.

Ginger is a widely used household ingredient that has been used by people for thousands of years, for both cooking and medicinal purposes. Ginger has provided aid to people with common ailments like the common cold, sore throat, stomach cramps, nausea etc. throughout centuries. This vegetable cum herb has proved to be very effective in easing period cramps. When consumed in the right amount, it may also help with lowering the pain-causing prostaglandins (hormone-like compounds that trigger pain and inflammation to cause uterine contractions). Higher levels of prostaglandins cause more or severe period cramps. And it is believed that consuming ginger through dietary supplements or beverages can help with reducing cramps.  Fatigue and weakness are often experienced along with menstruation or PMS (premenstrual syndrome), ginger helps to ease that too.

How to make ginger tea?

Ginger tea is a very simple healthy herbal tea and requires only a few ingredients.

Grate an inch of ginger and boil in 2 to 3 cups of water for about 5 minutes. Strain out the ginger pieces and add lemon juice and honey to enhance the taste.

For best results, drink this tea 3 to 4 times a day.

Ginger is also added in Black teas (the variation is popularly known as Masala tea or Masala chai) which is not a caffeine-free or low caffeine drink. While masala tea is enjoyed by all, it is advised not to consume it during menstruation because of the levels of caffeine it will contain. Drinking a pure blend of ginger tea will be the best.

Chamomile tea is one of the most used and well known herbal tea throughout the world. It is best known for its therapeutic properties of relaxing the body and the mind, providing better sleep, reducing nausea and uneasiness and in this case, menstrual cramps. Chamomile tea is made from the sweet and earthy flowers of the chamomile plant. It is widely known for its sweet, floral, aromatic flavour and the variety of health benefits it provides.

Chamomile extracts were traditionally used to treat conditions like nausea, motion sickness, vomiting, indigestion, gas etc. Many studies have been able to show the positive effects of chamomile in the human body. In case of menstruation too, studies have been able to link chamomile to reduced period cramps. A study done in 2010 found that drinking chamomile tea daily for a month could reduce the severity of period cramps. It was also reported, the women who were involved in the study experienced less anxiety, fatigue and stress associated with menstruation.

Chamomile has anti-inflammatory, anti-stress, anti-spasmodic properties and many more. Its tea can relieve the painful cramps or spasmodic contractions due to its anti-spasmodic effects and helps the uterus to relax. The tea also has a positive trigger on the actions of dopamine and serotonin, assisting to at least reduce the intensity of the cramps. Thus, chamomile tea is one of the best teas for cramps.

How to make Chamomile tea?

In hot water, pour the dried chamomile flowers or tea leaves or teabag. Let it sit for about 10 minutes.  Remove the solid particles, then add honey and lemon juice to enhance the taste. Your chamomile herbal tea is ready to be served.

Drink this tea at least twice a day, regularly, and experience the results for yourself.

Another household ingredient used widely for both medicinal and cooking purposes is fennel. Fennel has a number of health-promoting benefits and has been a home remedy for common health issues like stomach pain, diarrhoea, constipation etc. for a very long time. It has good anti-inflammatory properties that can help soothe the period cramps and relax your uterus muscles.

In a study, 80 women were given a capsule with 30 mg of fennel before their menstruation. It was found that these women then experienced less fatigue and nausea along with lesser cramps.

How to make fennel tea?

In a cup of water, add 1 teaspoon of fennel seeds and boil for about 5 minutes. Then remove the seeds and mix a spoon of honey.

Drink this tea thrice a day for proper results. Fennel, in general, is a very good ingredient to add to your regular diet routines. If taken in proper amounts and in the right way, it may help you in your period, soothe painful cramps and bloating. Hence, fennel tea is one of the best teas for cramps and bloating.

Cinnamon is a very healthy spice used in many cooking styles and recipes, but it also has several other health benefits to it. Cinnamon has anti-inflammatory and anti-clotting properties that may be of immense help during your period. Cinnamon tea may be able to alleviate PMS and painful menstrual cramps. It can also assist in reducing bleeding, nausea and fatigue associated with menstruation.

How to make cinnamon tea?

Add a teaspoon of cinnamon powder in a glass of hot water and let it sit for about 2 to 3 minutes. Then add a spoon of honey and mix well.

Drink this tea once every day for good results.