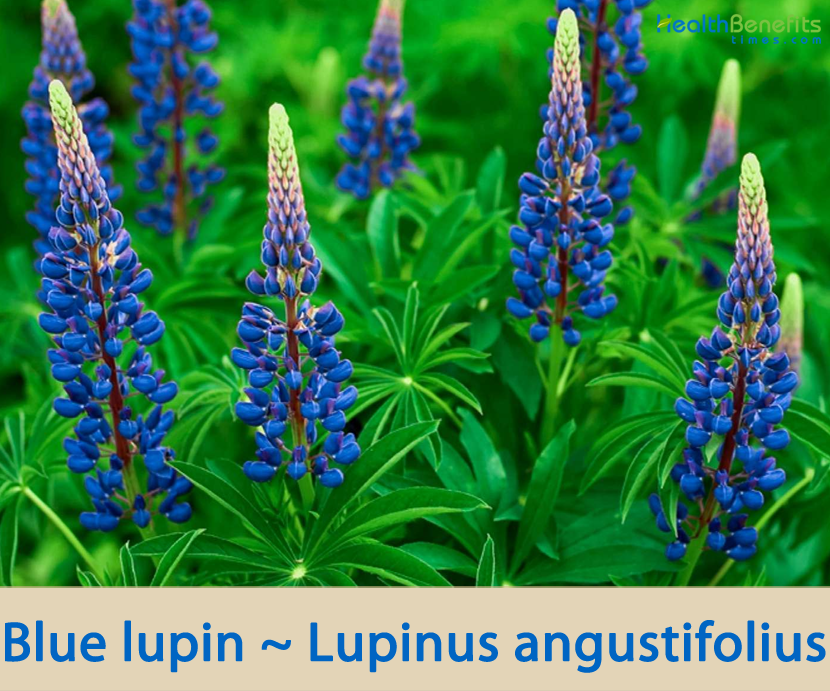 Lupinus angustifolius is a species of lupin known by many common names, including narrowleaf lupin, and blue lupin. It is a fast growing annual herb belonging to Fabaceae Lindl. (Pea family). The plant is native to northern Africa (i.e. Algeria, Egypt and Morocco), southern Europe (i.e. Bulgaria, Greece, Italy, France, Portugal and Spain) and western Asia. It is widely naturalized in southern and eastern Australia (i.e. in eastern New South Wales, in some parts of Victoria, in Tasmania and in south-western Western Australia). Also present in some parts of western New South Wales and sparingly naturalized in south-eastern Queensland.

Blue lupin is an erect, deeply tap rooted, fast growing, robust, much-branched, annual herb that mostly grows about 50 cm or less in height. The plant is found growing in disturbed sites, wastelands, roadsides, sandy coastal habitats, open woodlands, degraded shrub lands, abandoned fields, shrub steppes, parks, gardens, cultivated and rocky ground, secondary forests, ruderal areas, fields, gardens, and harbors, meadows, in bushes and near reservoirs. The plant does well on low to moderately fertile, well-drained, light or medium textured and mildly acidic to neutral sands and sandy loams. It does not withstand waterlogged soils but has tolerance of transient waterlogging. L. angustifolius is able to suppress native plant species by altering soil characteristics through its nitrogen fixing activity, allowing the spread of other non-native species. It is listed as invasive in Australia. The plant has robust and hairy stem, with profuse lateral branching.

The inflorescence is dense, almost sedentary, 5–20 cm long, placed on a short floral pedicle. Flowers are 11–15 mm long, almost sedentary; lower flowers are alternate, upper ones more or less sub-verticilate inside. Floral bracts are small-sized, easily falling. The calyx is bilabiate, profoundly bipartite; the lower lip is longer, entire or irregularly two- or three-toothed. The corolla is blue, violet, or, less frequently, pink and white. Flowering normally takes place in between June to August. 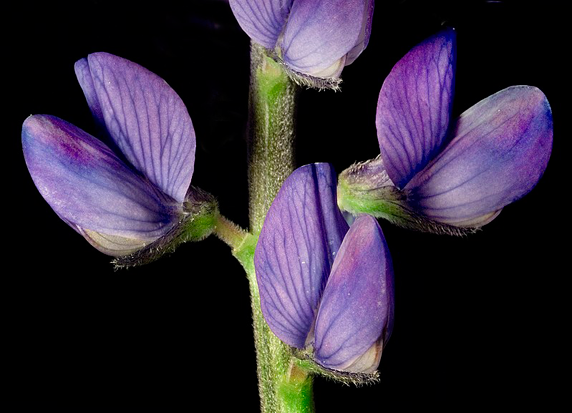 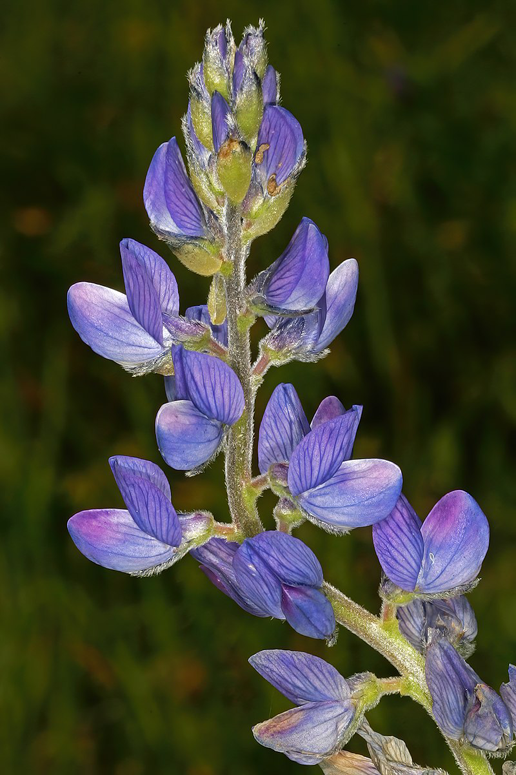 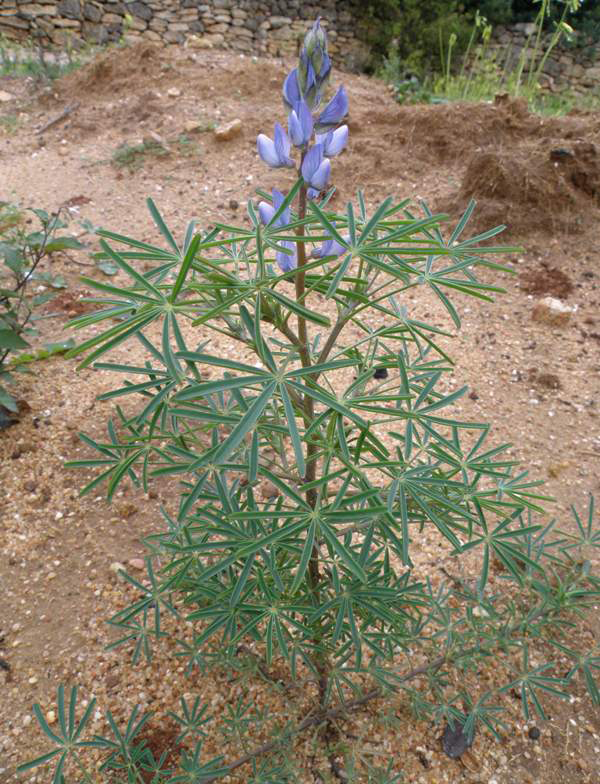 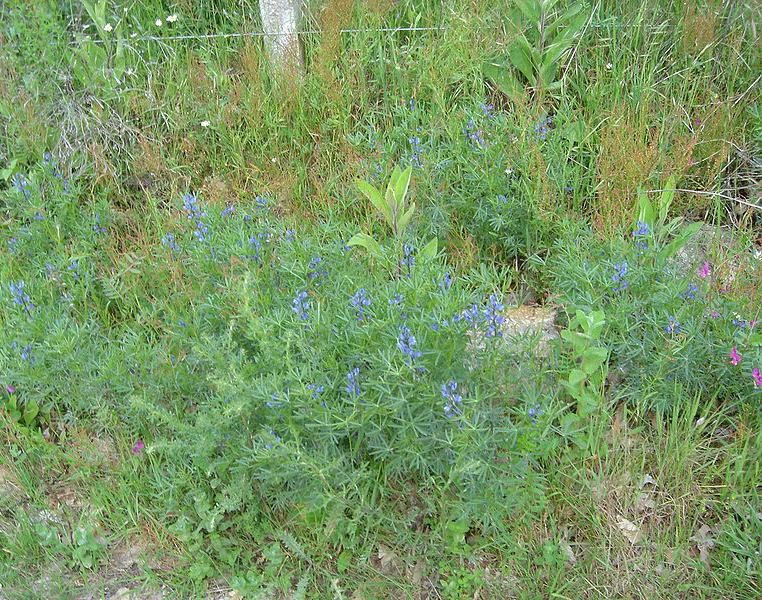 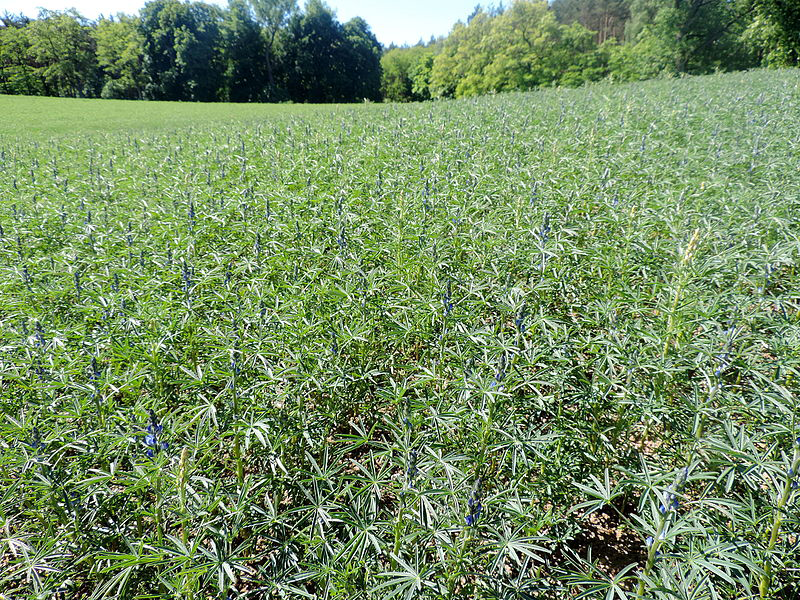 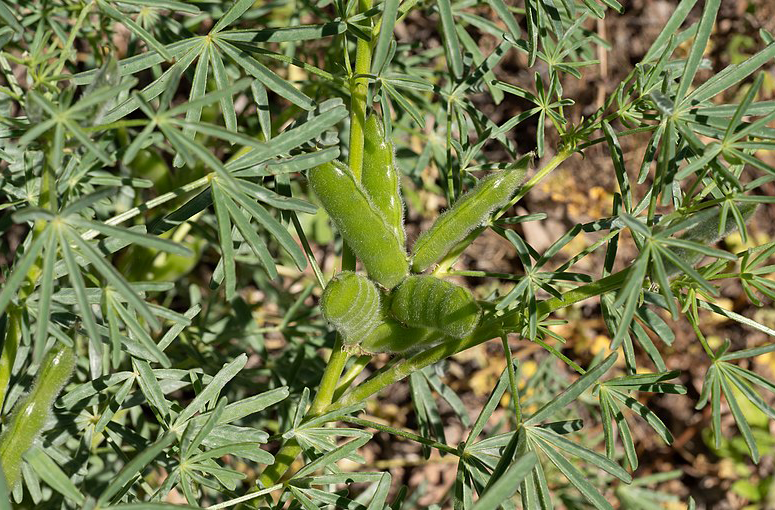 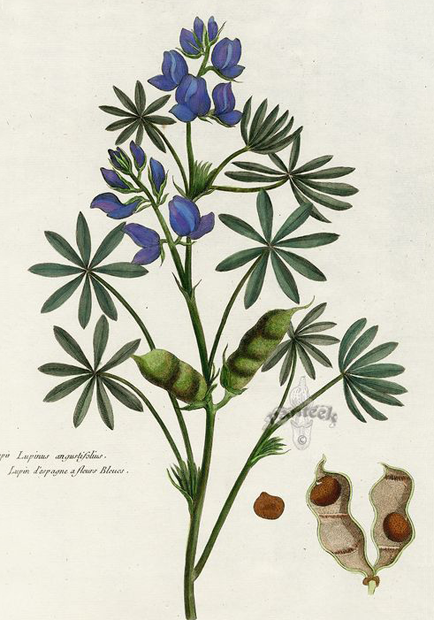 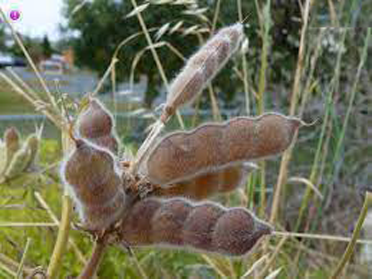 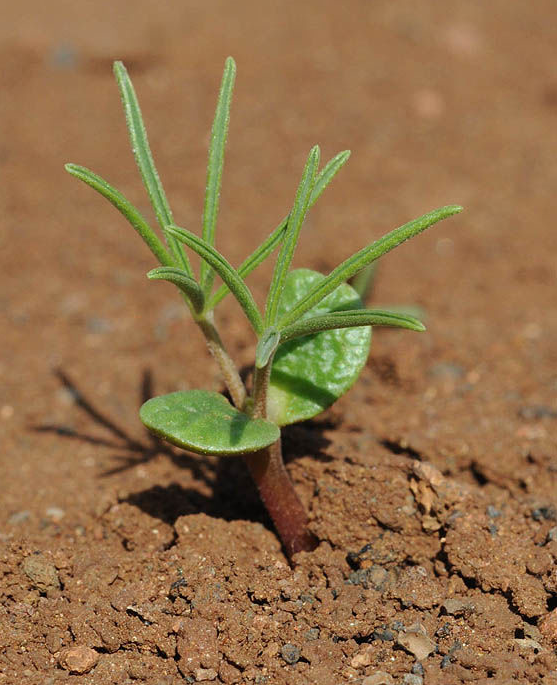 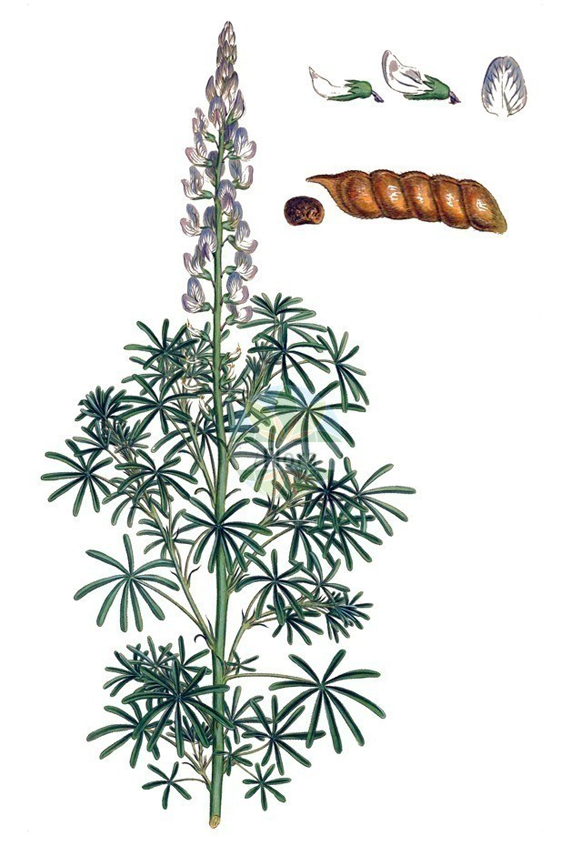 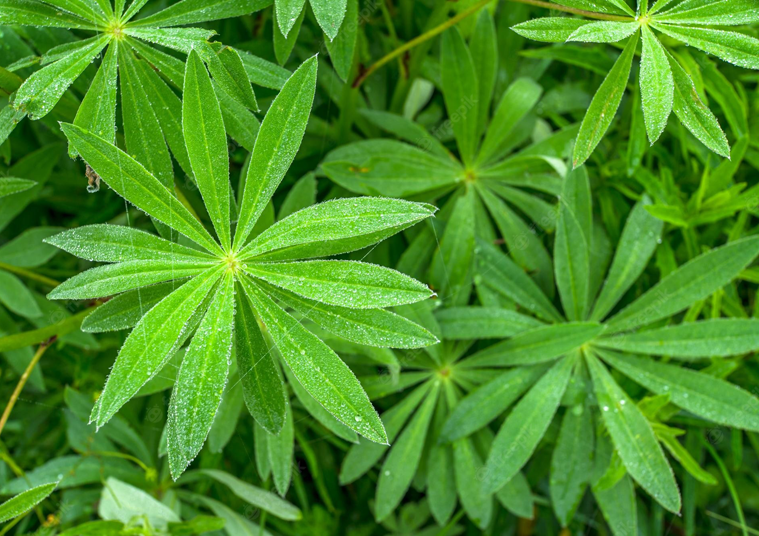 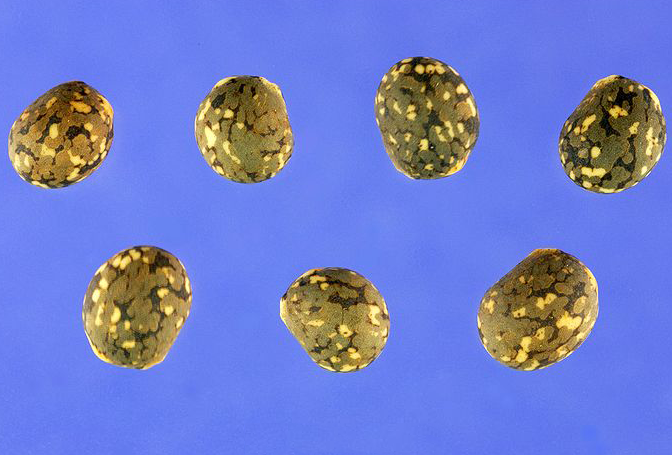 Fertile flowers are followed by oblong, slightly inflated pods that are 35–50 mm long and 7–10 mm wide. They are 4- or 7-seeded, with oblique partitions between seeds. Seeds are 4–8 mm long, 3–7 mm wide and 3‒6 mm high, globular, with smooth testa, variously colored mostly dark gray and brown to white, or speckled or mottled, with a triangular spot and a stria close to the hilum.

Lupinus species have an ancient history in agriculture that can be traced back more than 4000 years. Domestication first occurred in the Mediterranean region, American continent, occurring in southern Europe, northern Africa and western Asia but the breakthrough that established Lupinus species as modern agricultural crops occurred in Europe and Australia. From the 1930s to 1970s, several varieties were developed and cultivated in Australia and Germany, where it is also listed as invasive. It is listed as ‘possibly invasive’ in the Dominican Republic.