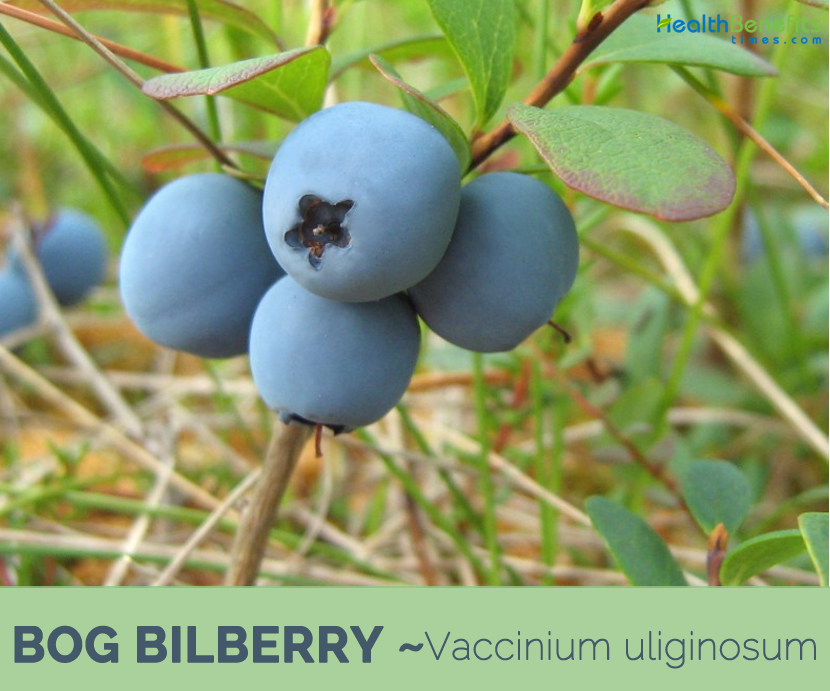 Vaccinium uliginosum with many common names including Bog bilberry, Bog blueberry, Moorberry, Western-huckleberry, Alpine Blueberry, Northern Bilberry, Bog whortleberry and Ground Hurts is a low, highly branched, deciduous shrub of the heather family (Ericaceae) and Vaccinium genus. The plant is closely related to the blueberry, cranberry, and huckleberry.  The plant is native to cool temperate regions of the Northern Hemisphere, at low altitudes in the Arctic, and at high altitudes south to the Pyrenees, the Alps, and the Caucasus in Europe, the mountains of Mongolia, northern China, the Korean Peninsula and central Japan in Asia, and the Sierra Nevada in California and the Rocky Mountains in Utah in North America. Vaccinium is the Latin word for “blueberry” or “whortleberry” and Uliginosum means “full of moisture” or “marshy.” Anthocyanins are responsible for the color of bog bilberries with over 15 different anthocyanins identified from bog bilberries grown in the west coast of Norway

Leaves are alternate, deciduous, from broadly egg-shaped to oval or elliptic, 0.4-3 cm long, 0.2-1.5 cm wide, rounded at tips, tapered at base, glabrous or minutely hairy, with slight bloom, strongly net-veined, margins entire, rolled under somewhat. The undersurface has a protruding, reticulate vein system and is blue-green. The upper surface of the leaves is light matte-green to almost white.

The flowers are arranged in axils of small leaves at the end of short lateral branches. They are hanging and white or reddish in color. The pedicle is encircled at the base with a light brown bud husk. The calyx is fused with the ovary. The fruit is a round or pear-shaped, blue-frosted multi-seeded dark blue-black berry 5–8 millimeters (0.20–0.31 in) diameter, with a white flesh, edible and sweet when ripe in late summer. The light brown seeds are sickle-shaped with sharp ends, and have a punctate-reticulate skin. 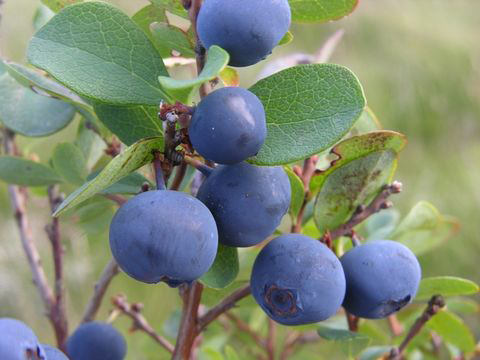 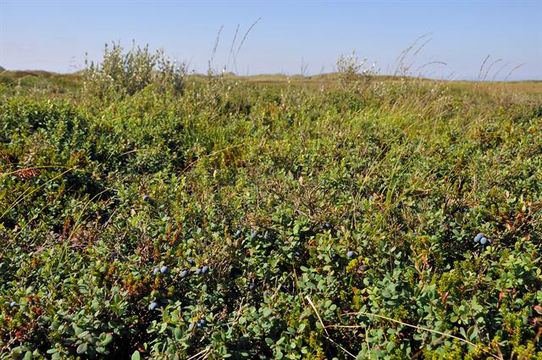 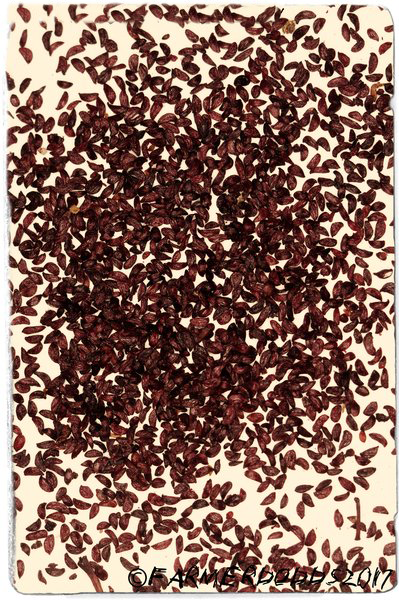 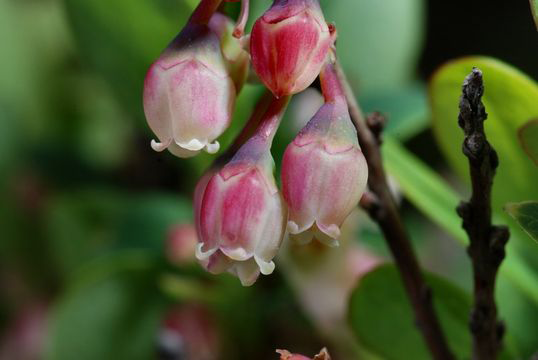 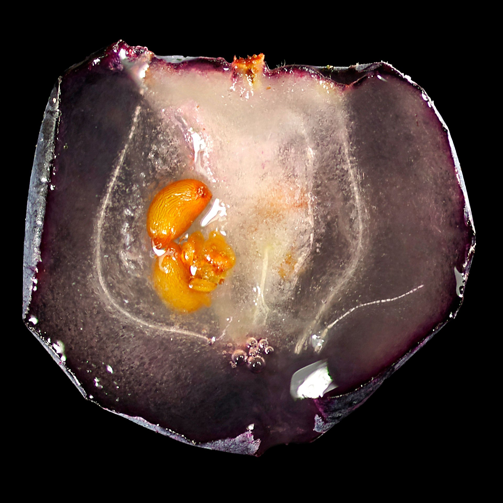 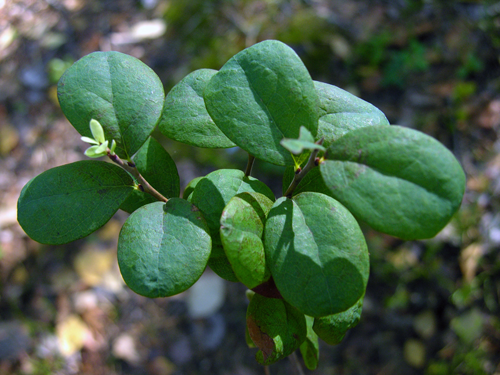 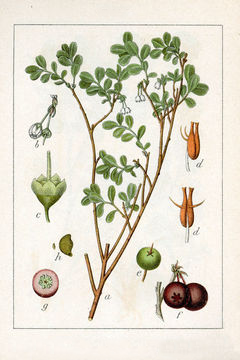 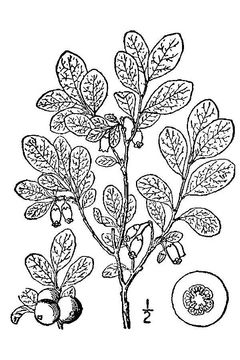 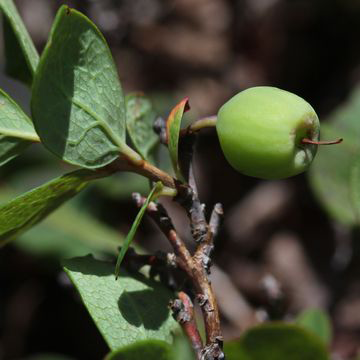