Trending
You are at:Home»Poultry & Seafoods»Brook trout facts and nutrition value 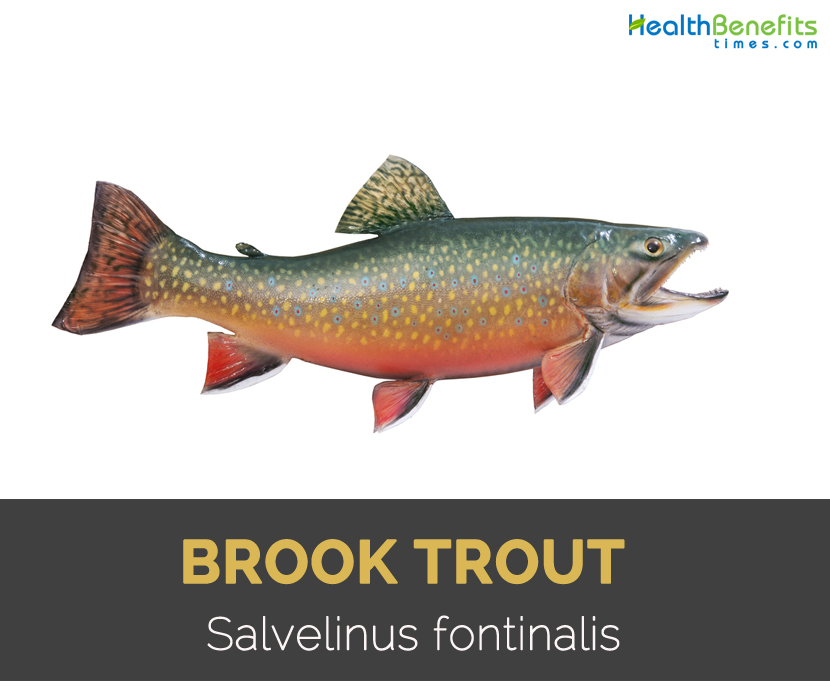 Brook trout is also known as speckled trout, a fish with yellow spots over olive-green back. Spot in the back are stretched and is wormlike in shape. It has the color transitions from olive to orange or red having scattered spots adjoined by pale blue. Lower fins are red or orange with black streak and white streak and its underside is milky white. Brook trout reaches from 9 to 10 inches in length and weighs 0.3 to 3 kg. Males belly is red or orange when fish are spawning. Growth rate depend on season, water, age and ambient air temperatures as well as growth rates.

Trouts have large head with rounded snouts. Breeding males have hook at front of their lower jaw.

It is green to brown with typical marbled pattern of light shades. The special pattern is called vermiculation which runs along flanks and back of the fish that extends to their dorsal fins and tail. It have small red spots circled by blue along their flanks. Reddish lower fins have white edges. They have reddish belly with that of males which turn a distinctive shade of red or orange at the time of spawning seasons.