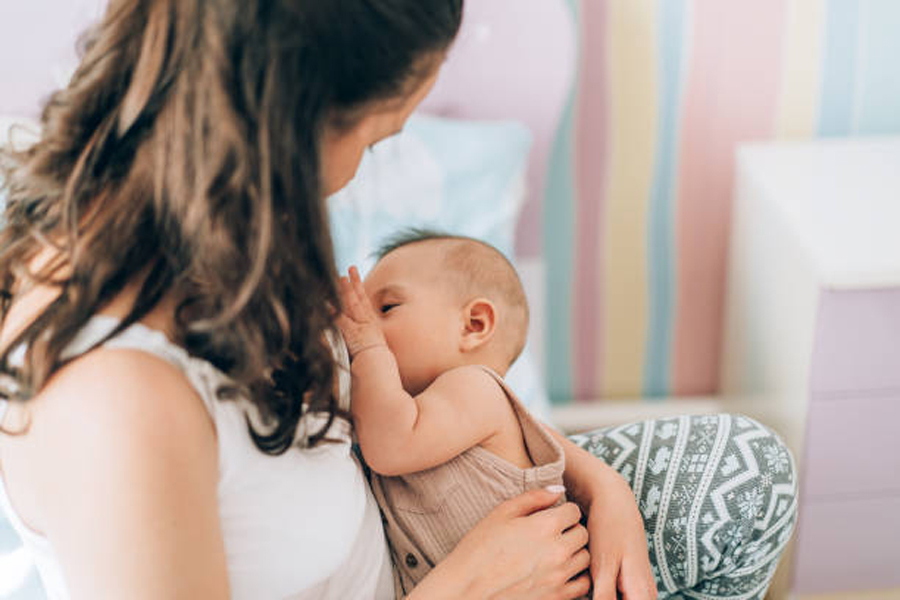 Breastfeeding Status and Duration are Relevant

The study, undertaken on almost 30,000 women, indicated that women who were breastfeeding at the time of the study had a significantly lower risk of postpartum depression than those who were not. Moreover, the longer women breastfeed, the more their postpartum depression decreased. The findings indicate that the decision of whether to breastfeed can have important consequences that last beyond the present birth. This is because women who have experienced postpartum depression once have a 50% increased likelihood of battling this condition in subsequent pregnancies.

When you think of postpartum depression, you probably think of feeling sad and unmotivated. However, depression can have a wide array of effects on your health. It can affect your ability to think, remember things, process information, and make sound decisions. It can also impair your cognitive flexibility (your ability to shift strategies and goals in accordance with changing circumstances). Research has shown, moreover, that although ‘gold standard’ anti-depression medication can help improve the mood, it does not seem to improve cognitive symptoms.

A March 2022 study published in the journal PLOS has shown that there is a link between how long women breastfeed their babies and cognition when their babies are aged five and 14. This is true even after socioeconomic and maternal intelligence factors are taken into account. Previous studies had found a link between breastfeeding and standardized intelligence tests, but they had not controlled for socioeconomic factors and maternal intelligence. Breastfeeding can also keep moms mentally sharp. A recent (2021) study found that women over the age of 50 who had breastfed their babies performed better on cognitive tests than those who had never breastfed. The study, published in the journal Evolution, Medicine and Public Health, shows that breastfeeding can have long-term benefits for a mother’s brain. Previous studies had also revealed that breastfeeding is tied into a lower risk of diseases like Type 2 diabetes and heart disease.

Evidence suggests that breastfeeding can help mothers reduce their anxiety and stress levels. This practice essentially attenuates the stress response and may improve maternal mood. Infant feeding is more about providing optimal nutrition; it is also an interactive experience between a mother and her baby. The calmer and more peaceful mothers feel while feeding their infants, the more likely they are to be affectionate with their child. When women breastfeed, they produce oxytocin (also known as the ‘love hormone’). Oxytocin plays an important role in feeding. It makes milk (which collects in a part of the breast called the alveoli) flow and fill the milk ducts. It essentially makes milk available for the current feed, so that babies can easily access this nutritious substance.

Mothers who are learning to breastfeed or those who are doing so for the first time should find ways to create a comfortable space. Their body should be supported by an ergonomic chair or sofa, and they should invest in accessories such as breastfeeding pillows, which will help prop their baby in the right position. Family members should take steps to care for new moms as well—for instance, by gifting them comfortable, snuggly robes and other casual items for the home, cooking meals, and occasionally ordering food so that new moms have time to rest. During the first few months of a baby’s life, it can also help to hire a cleaning service, so that mom and baby are surrounded by a clean and tidy environment.

Many women turn to herbs as a way to boost their breast milk supply. If you are thinking of doing so, make sure to check with a lactation consultant and/or your baby’s pediatrician so they can recommend safe herbs in the event your supply is low. Popular choices include fenugreek (the main component of many lactation teas), blessed thistle, fennel, stinging nettle, alfalfa, milk thistle, ginger, and garlic. It is important to note that some herbal preparations can contain ingredients like coffee, tea, kola nut, and guarana. Newborns lack the enzymes they need to metabolize caffeine until several days after they are born and excessive consumption of coffee can cause irritability in infants. Other preparations can contain a mixture of alcohol and water, although amounts consumed are generally small. Clinicians should be aware of all components of any herbal preparations they recommend or approve. Although herbal remedies are traditionally employed in many cultures, there is a lack of accurate information on their safety and efficiency, since few studies are carried out on mothers and newborns due to ethical reasons.

Hundreds of thousands of women battle postnatal depression in the US. Seeking professional help if depression is severe or sustained is vital to preserve a mother and her baby’s health and wellbeing. Studies have shown that breastfeeding is linked to a lower risk of postpartum depression. Duration matters when it comes to this practice; the longer women breastfeed, the more their depression decreases. Breastfeeding can also help battle cognitive decline once women enter the postmenopausal phase. It can boost the mood, owing in no small part to the production of the ‘love hormone’, oxytocin, during feeding times. When women are in a calm and stress-free state, it is easier for them to bond with their babies and show them affection. Stress, a lack of support, and other problems can make it harder for women to sustain their breastmilk supply. Women should have a comfortable space for feeding, and receive support with everyday tasks and chores. Those who have a dwindling supply or whose babies are having trouble ‘latching on’ can see a lactation specialist to try suggested techniques.