Trending
You are at:Home»Herbs and Spices»Health benefits of Chameleon Plant 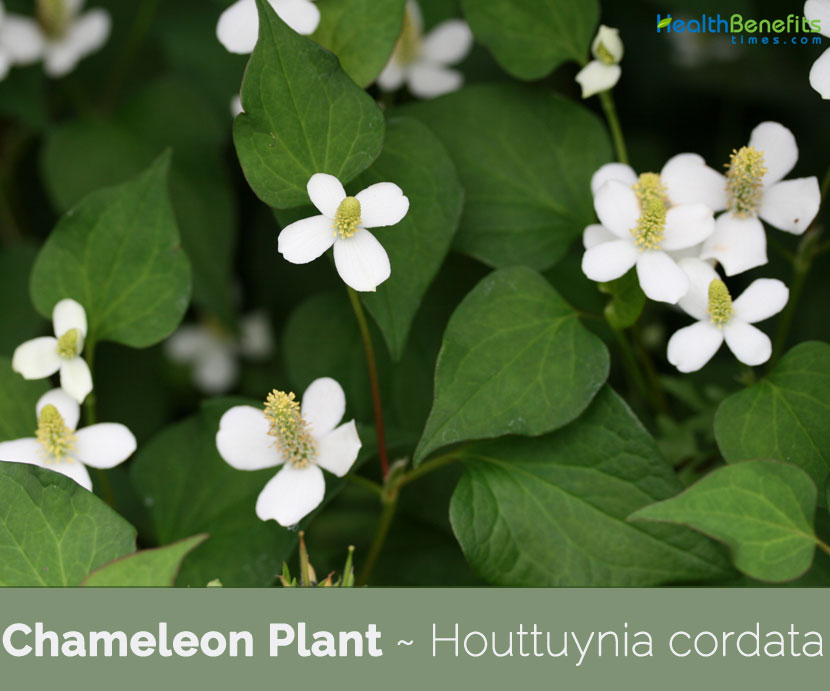 Houttuynia cordata, also known as Chameleon Plant, fish mint, fish leaf is one of two species in the genus Houttuynia (the other being H. emeiensis). It is a perennial flowering plant belonging to the genus Houttuynia emeiensis and in the Saururaceae (Lizard’s-tail family). The plant is native to southern China, Korea, Japan, and Southeast Asia. It normally grows in moist, shady locations. Few of the popular common names of the plants are Chinese lizard tail,  Fish mint, Fish plant,  Fishwort, Heartleaf , Himalayan spinach, Lizard’s tail, Edible houttuynia, Heartleaf houttuynia, Vietnamese fish plant, White chaplu, Wild houttuynia, Chameleon, Chameleon plant, fishwort and houttuynia. Genus name honors Martin (or Maarten) Houttuyn (1720-1794), Dutch naturalist and physician and specific epithet means heart-shaped for the leaves. The name lizard tail (properly referring to a closely related genus, Sau­ruria) is motivated by the acute shape of the leaves in both Saururia and Hout­tuynia.

The name Chameleon plant (or chameleon herb) should be used only for the beautifully colored variety which is most common as an ornamental in the West, and whose triple-hued leaves (yellow, red, green) remember to the proverbial color-shifting chameleon. The English names fishwort​and heart­leaf​  refer, with some exaggeration, to the plant’s strong odor and to the heart-shaped leaves, re­spec­tively.

It is normally grown as a leaf vegetable, mostly in Vietnam, and is used as a fresh herbal garnish. Leaf has an unusual taste that is often defined as ‘fishy’ (earning it the nickname “fish mint”), so it is not appreciated as universally as basil, mint, or other more commonly used herbs. In NE India, mainly Meghalaya, it is locally known as ja mardoh and used in salads or cooked with other vegetables. In Manipur, it is known as toningkok and used as garnish over eromba and singju, ethnic side dishes. In Assam it is called Masunduri and popular mostly among the tribes. It is taken raw as salad and cooked along with fish as fish curry. Chameleon Plant is found in the Himalayas at altitudes up to 2500 m.

Chameleon Plant is a medium-sized herbaceous, rhizomatous, perennial ground cover plant that grows about 0.6–1 meter (2.0–3.3 ft.) tall and spreading up to 1 meter (3.3 ft.) wide. The plant is found growing in stream sides, forests, wet meadows, slopes, thicket, field margins, trail sides, roadsides, and ditch banks, near sea level, lakes, urban areas, water courses and ravines. Soil having a reasonable amount of moisture content is best for the growth of these plants. Wet soil that is subjected to a partial amount of sunlight could also work wonders for the plant’s growth. It is primarily grown as a ground cover in moist to wet areas, including aquatic margins. The proximal part of the stem is trailing and produces adventitious roots, while the distal part of the stem grows vertically. Stems are green or sometimes purplish red, and either smooth or pubescent on the nodes.

Leaves are heart shaped up to 75 mm long and almost as wide. The leaves are comprised of a mixture of colors from green through yellow to red, the brighter colors being more prominent when grown in full sunlight. The leaves are opposite along thin erect stems which arise from slender rhizomes. Foliage is aromatic when bruised.

Flowers are small, greenish-yellow crowded into a short terminal spike around 2–3 cm (0.79–1.18 in) long, with four to six large white, petal-like bracts at the base. The stamens usually degenerate. Flowering normally takes place from April-June. Fertile flowers are followed by dehiscent dry fruit (Capsule). Fruits are apomictic, i.e. they develop seeds without being fertilized. 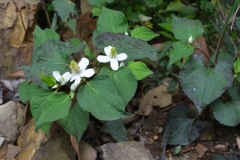 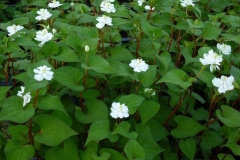 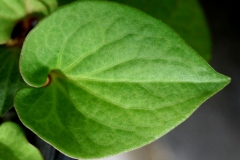 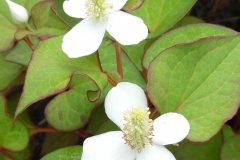 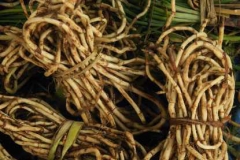 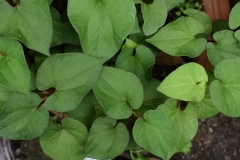 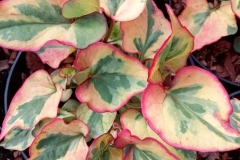 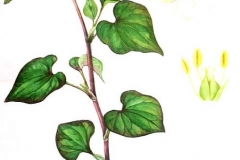 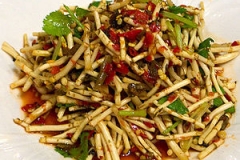 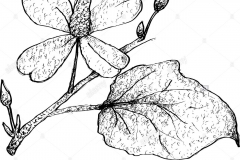 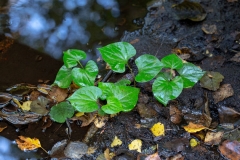 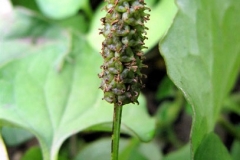 Researchers have observed the biological behavior of Chameleon Plant and extensive research has discovered surprising revelations about its relation to human health.

When you’re allergic to a substance, your body produces histamine, a compound that initiates an immune response. Research demonstrates that Chameleon Plant has inhibitory effects on histamine release, possibly blocking it and reducing its effects. Researchers have even estimated Chameleon Plant‘s effects against allergies and asthma, issues partly characterized by excessive release of histamine.

Antibacterial is a buzzword that sounds good, right? Well, not so fast; not all bacteria are bad. In fact you need a balance of bacteria in your digestive system as good bacteria supports digestion, and that’s only one application. Recent article has shown that Chameleon Plant encourages intestinal balance by discouraging harmful bacteria from thriving in the digestive system.

Research has shown that Chameleon Plant may help support the immune system by stimulating the production of lymphocytes, white blood cells that are crucial for the body’s natural defense system. These white blood cells are occasionally referred to as natural killer cells, and a plethora of research has found that these cells are important for promoting good health. Chameleon Plant, in this case, should be seen as just a natural component in an overall healthy lifestyle. Exercise, a vegetarian diet, and plenty of sunshine and sleep are also instrumental for supporting immune system function.

A research result by Kumar et al., (2014) recommends that Houttuynia cordata consists of anti-diabetic properties. This plant is presently being experimented and examined in order to determine its pharmacological abilities in regulating blood sugar level in human beings.

Houttuynia cordata can be given to patients suffering from herpes virus since the plant contains properties that are capable of inhibiting pseudo rabies herpes virus.