Trending
You are at:Home»Vegetables»Chicory – Cichorium intybus 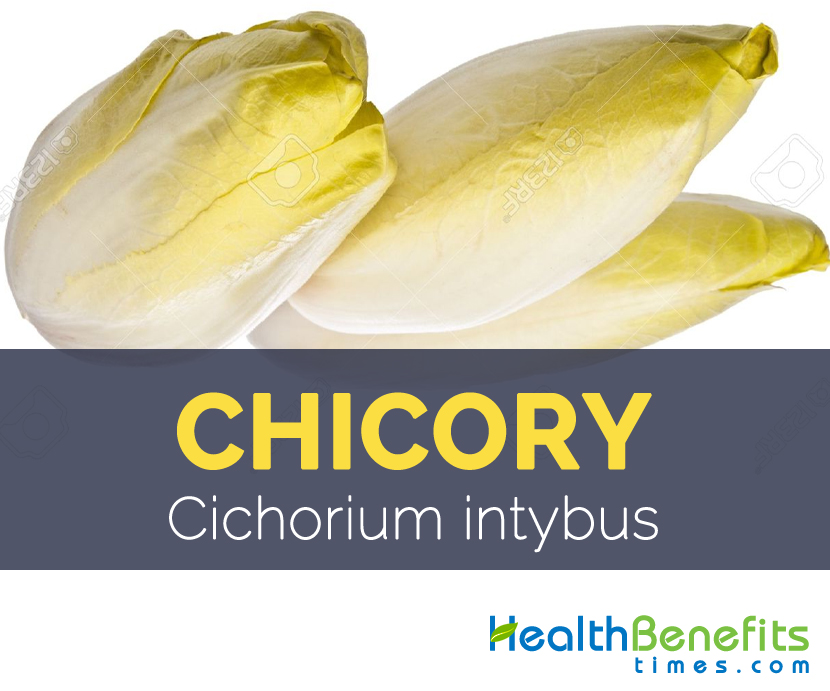 Also known as blue daisy, blue dandelion, blue sailors, blue weed, bunk, coffee weed, cornflower, hendibeh, horseweed, ragged sailors, succory, wild bachelor’s buttons, and wild endive, Chicory is somewhat woody, herbaceous plant belongs to the sunflower and daisy family called Asteraceae, close cousins to lettuce and dandelions. Its scientific name is Cichorium intybus and is native to Europe, India, and Egypt, but it has now established into the Americas and can be found extensively there. Daliva, Flash, Zoom,Rossa di Treviso, Rossa di Verona, Giulio Firebird  are some popular varieties of Chicory which are grown worldwide for its leaves, buds and roots.

Chicory is a slightly woody, perennial herbaceous plant sized 5 ft. (1.5 m) tall and is found growing in temperate climates. Normally it prefers moderately drained and fertile soil, warm, moist peat or sand. Chicory plants are easy to grow in the garden as a cool season crop. Roots are single, long, thick, strong, well developed spindle-shaped taproot. Stems are erect, hollow, round, nearly leafless, green to reddish brown stems that produce a milky sap once cut. Lower part of stems is hairy. Leaves are stalked, lanceolate and unlobed. Flower heads are 2 to 4 cm (0.79 to 1.6 in) wide and usually bright blue, rarely white or pink. There are two rows of involucral bracts – the inner one is longer and erect and outer is shorter and spreading. Each flower lasts only one day. It blooms in the morning and close later in the day. It flowers from July until October. Fruits are about 0.13 in. (0.3 cm) long, dark brown and wedge shaped. Fruit consists of one seed. Each plant produces as many as 3000 seeds. Seeds are miniature, obovate-shaped seed which are light brown colored.

Root is one of the important parts of Chicory plant and is used extensively throughout the world. Roots are long, single, thick, strong, well developed spindle-shaped taproot. Chicory root is commonly used as a coffee substitute, or coffee additive. Roots are ground and used for baking and, most popularly, as a coffee substitute. Chicory root is a bit wood-like, being fibrous in nature. It’s considered that the coffee mixed with chicory mixture probably started in Holland, becoming more popular across parts of Europe during 1801. Chicory root has traditionally been used in tea or in medicinal remedies to cure liver enlargement, jaundice, rheumatism and gout.

Chicory plant is normally grown for its leaves, buds, and roots as it consists of certain valuable qualities. Leaves are used in a similar way as spinach in several cultures. Root is often crushed into a powder and used as a coffee substitute, that doesn’t contradict all of its health benefits. It has been used for hundreds of years as an herbal cure for several diseases, and continues to prove its worth today. Two types of leaves can be found in Chicory Rosette leaves and Lance-shaped stem leaves. Rosette leaves are normally 2-6 in. (5.1-15 cm) long, oblong with rough hairs on upper and lower surfaces. Margins are shallowly toothed or deeply dissected. Lance-shaped stem leaves are usually small, sparse, alternate, and clasping with margins either smooth or slightly toothed. Chicory leaves are mildly bitter flavor and bitter in taste. Leaf flavor is affected by light – the more light it has and the more color in the leaves then the stronger the flavor will be. However, in certain places chicory is developed in dark rooms to confirm a smooth, distinctive flavor without too much bitterness.

Chicory witloof also called chicons, belgian endive is used mainly in leafy salad vegetable. The edible portion of chicory is the young, enlarged, compact, and etiolated terminal bud which is composed of compact closely overlapping outer leaves having a mother-of-pearl luster or milky-white appearance and a light yellow tinge on leaf margins. It is lanceolate in shape, with the length ranging from 2 to 3 times the maximum width. Witloof is mostly for European consumption and of little interest elsewhere. In the United States, it is not well known or appreciated by the general public.

Chicory plant is indigenous to Europe, India, and Egypt. It was presented to the US during 19th century. It usually grows as a weed in temperate climates and is extensively grown in northern Europe and is now common in North America, China, and Australia, where it has become widely established.

In terms of nutritive value, chicory is a great source of vitamins and minerals, including zinc, magnesium, manganese, calcium, iron folic acid, and potassium, as well as vitamins A, B1, B2, B3, B5, B6 and C. These are the main causes behind all of the health benefits that come from chicory. Apart from that several amino acids like Tryptophan, Threonine, Isoleucine, Leucine, and Lysine are also found in Chicory which is extremely beneficial for our health. 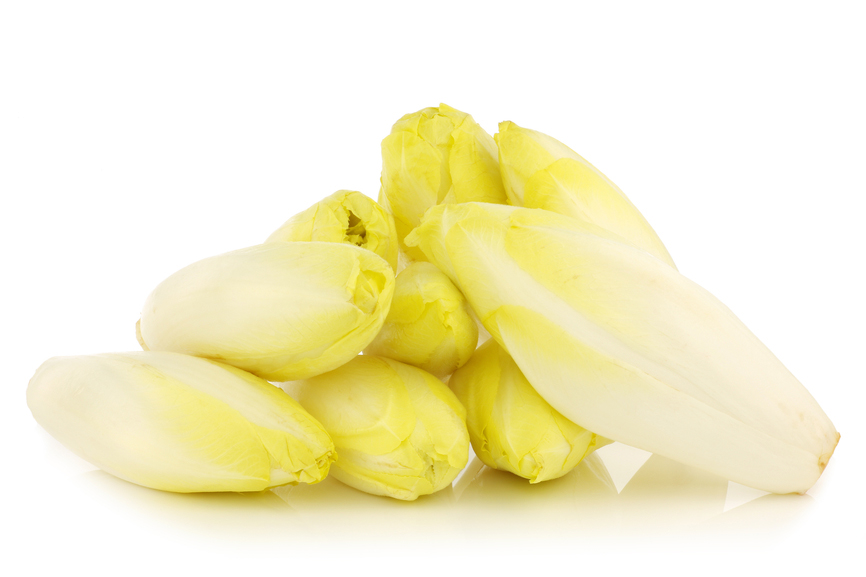 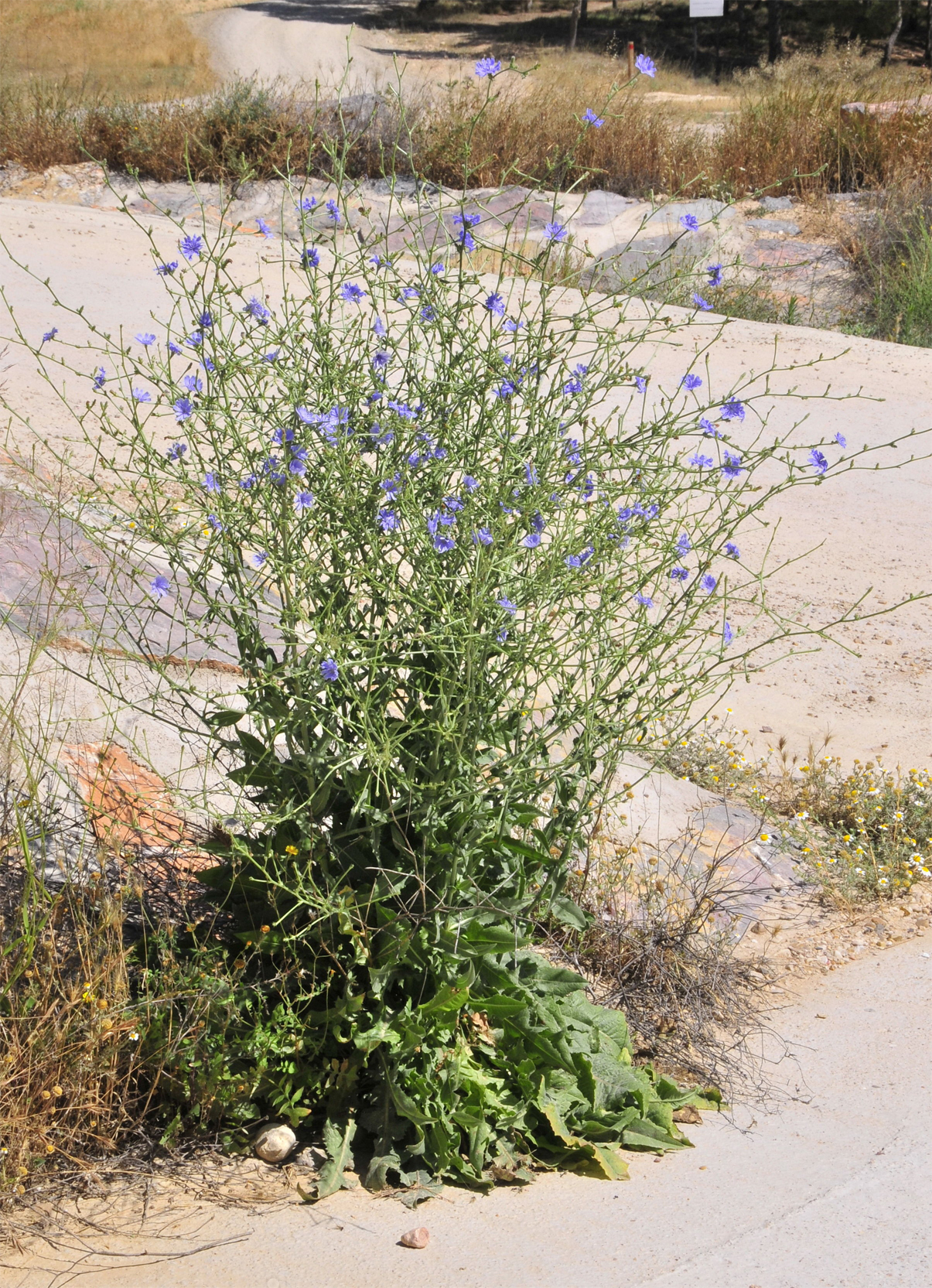 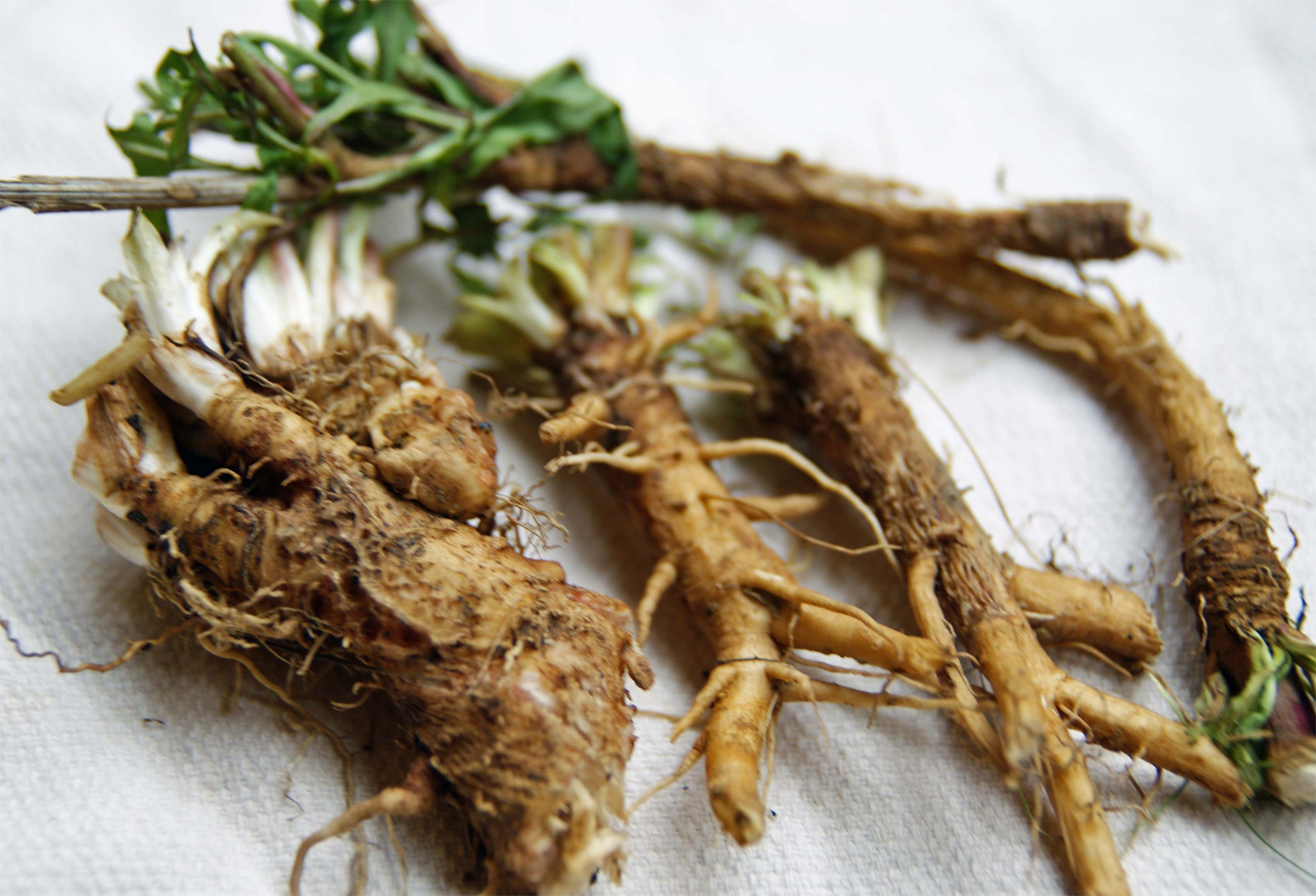 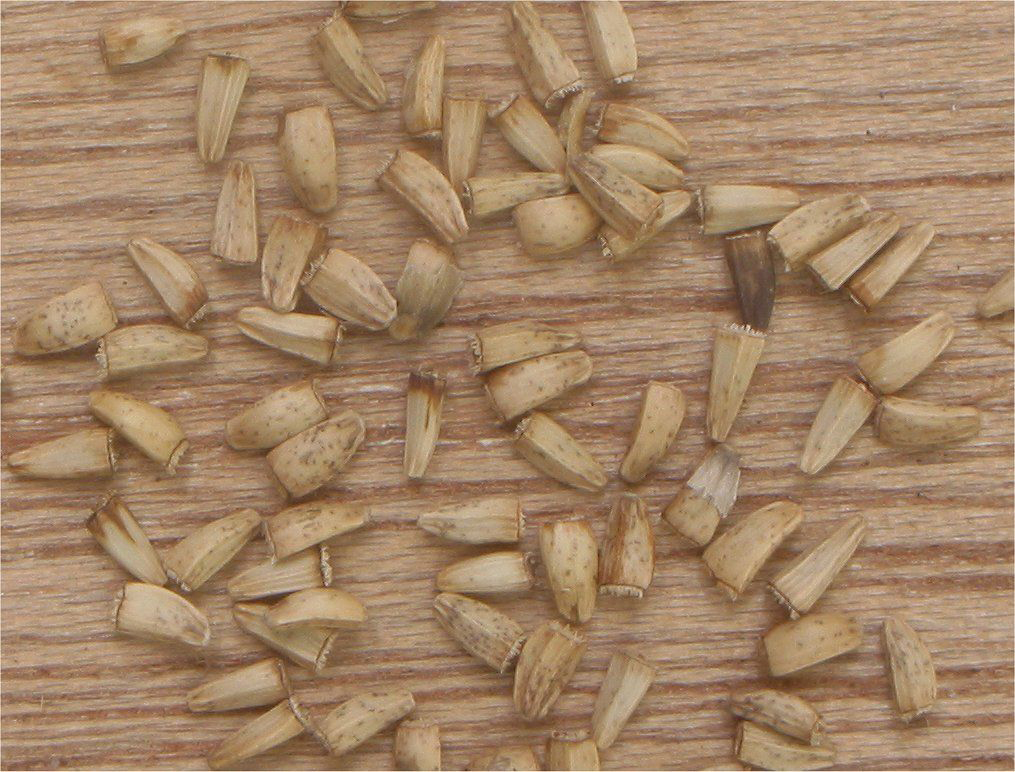 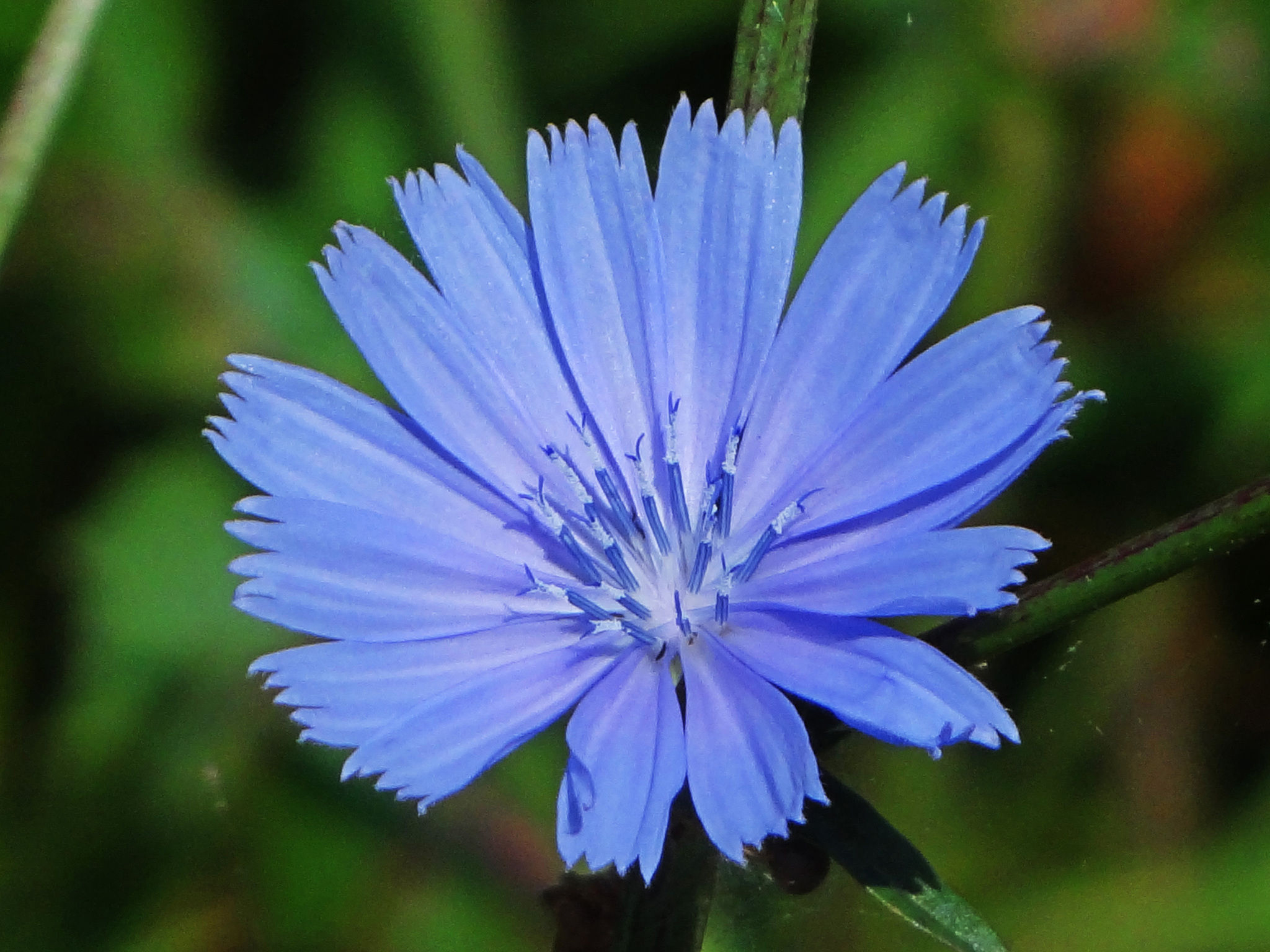 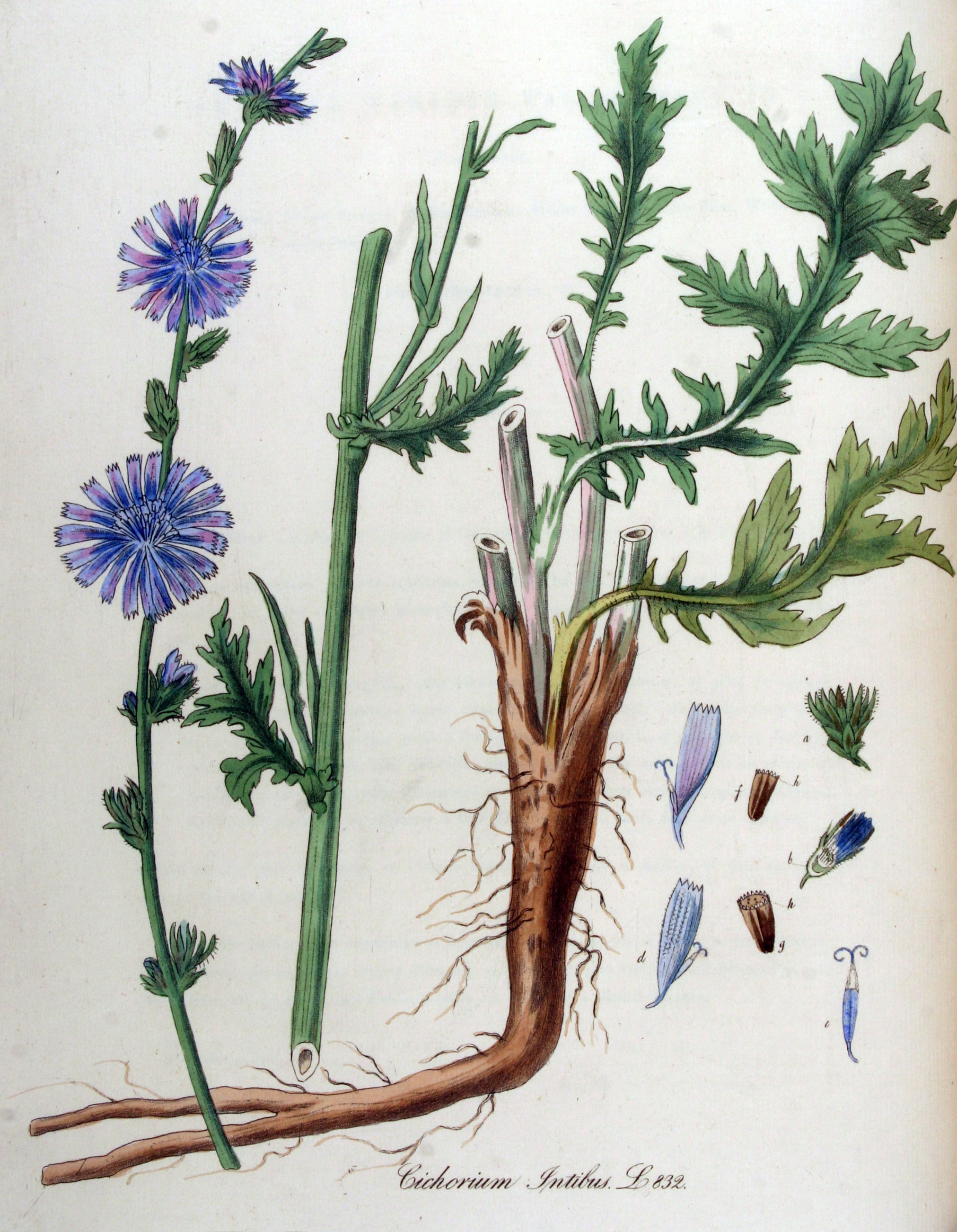 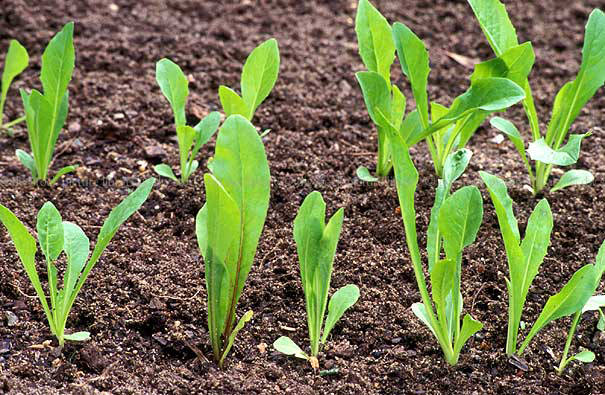 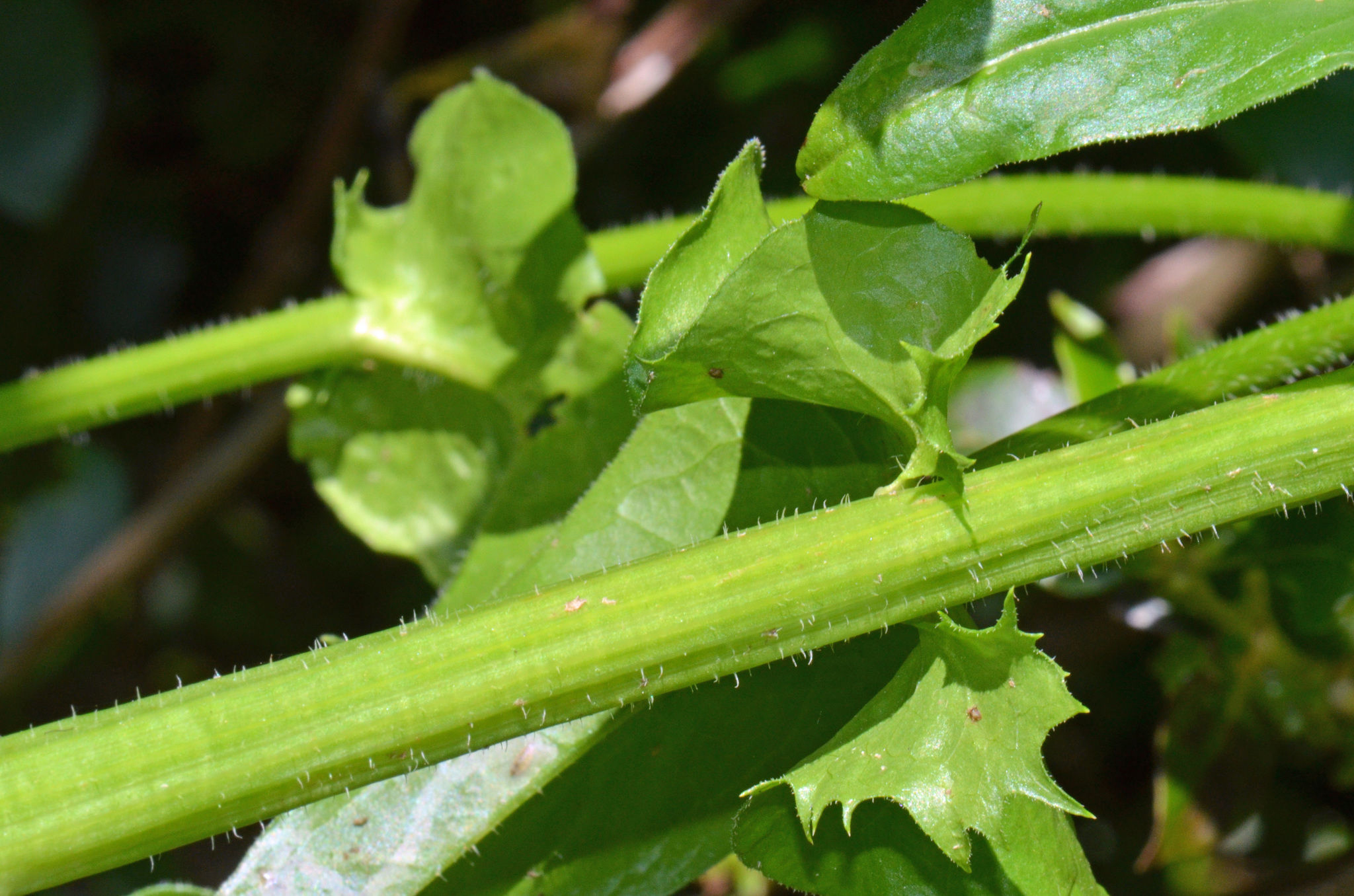 Chicory is a woody, herbaceous plant that has a wealth of health benefits. Since it is a good source of Vitamins, minerals and important nutrients regular consumption is very advantageous for our health. Mildly bitter flavor chicory is beneficial for digestive issues, kidney health, heart disease, Constipation and many more

Chicory is extremely beneficial to improve various functions of digestive system. Inulin which is found considerably in Chicory is a powerful probiotic. Probiotics are in fact an organization of bacteria that in fact confer benefits on the host, rather than diseases, which is what bacteria is commonly associated with. Chicory helps to combat with a number of digestive and intestinal problems like indigestion, heartburn, reflux disease because it vigorously decreases the acidity of the body’s systems.(1)

Chicory root extract is frequently used as a diuretic that increases the amount of urination. Constant and healthy frequency of urination can help to remove harmful toxins that the body stores in the liver and kidneys, and avoiding the dangerous conditions that may occur when toxins are allowed to remain in the body. Also, regular urination can remove additional water weight, and even decrease fat, since 4% of urine is usually fat deposits that would otherwise be stored somewhere else in the body!(2)

Inulin present in chicory not only benefits the digestive system, it has also shown to decrease the levels of “bad” cholesterol within the body. This LDL cholesterol is one of the main reasons behind atherosclerosis as well as high blood pressure, because it slightly blocks the flow of blood when it binds to arteries and veins. It may also result in the possibility of heart attacks and strokes. Remarkably enough, the chemical pathway that inulin functions in to reduce the presence of LDL cholesterol is rarely active unless a person consumes a high level of carbohydrates, so this benefit has s somewhat smaller range of affect. However, more research is presently being done on how chicory can help heart health in other ways.

Chicory is also packed with plant phenols, which have been extensively calculated as anti-thrombotic and anti-arrhythmic agents. They are considered antioxidants, and research have shown that chicory-based coffee rather than normal coffee can considerably improve the balance of blood and plasma in the body, which decreases chances of cardiovascular disease.(3)

Chicory is one of the traditionally used treatments for arthritis, and research have shown chicory have substantial anti-inflammatory properties, which is why it works to decrease the pain from conditions like osteoarthritis. In a research study, 70% of people who received the chicory treatment reported a noticeable progress in the pain related with their osteoarthritic condition. Chicory can also be used as a general anti-inflammatory agent for muscle pains, aches, and joint soreness for this same reason.(4)

Constipation is one of the main problems which are affecting more and more people throughout the world. Inulin found in chicory plays an important role, as it is a natural fiber which helps to overcome constipation. The fiber helps to bulk up bowel movements, encourage peristaltic motions, and the secretion of gastric juices. Mainly, that means that digestion as a whole is improved, and constipation is greatly reduced. By maintaining a smooth and regulated digestive process, people can decrease the chances of a number of gastrointestinal conditions and diseases, including stomach and colon cancer!(5)

Chicory has calming qualities that may decrease anxiety and calm the mind, thus relieving stress and the dangerous effects it can have on the body. Chicory root extract can be used as a sleep aid because of its sedative quality, and is much healthier than many of the sleeping pills on the conventional market. Relieving stress and anxiety can also help reduce your chances of cognitive decline, heart disease, insomnia, hormonal imbalance, and premature aging.(6)

Chicory extract has been related to a decrease in tumor growth in various cancer studies although research is still ongoing in terms of the exact mechanism of prevention. Earlier research indicates that it is due to the fructans which is present within chicory, that have anti-tumor qualities and antioxidant properties. The polyphenols and phytochemicals within chicory have a positive effect on avoiding cancer of various types, like breast cancer and colorectal cancer.(7), (8)

Chicory is a good source of oligofructose, and inulin itself is a form of natural dietary fiber, and these help in the management of weight and attempts at weight loss. These both help in the regulation of ghrelin, which is an amino acid mainly related with feelings of hunger and food-seeking behavior. By decreasing the amount of the ghrelin hormone, chicory helps to reduce the chances of overeating and promote satiety, or the feeling of fullness. This can help in weight loss efforts!(9)

Other Traditional uses and benefits of Chicory

Chicory is a perennial herbaceous plant found growing in moderately drained and fertile soil which is normally bitter in taste. Roots, leaves are the edible parts of chicory and are extensively used worldwide. Root is used as coffee replacements and young leaves are consumed raw in the form of salads. Chicory is full of important nutrients and is advantageous if consumed regularly and in appropriate dosage.