Trending
You are at:Home»Herbs and Spices»Facts about Colonial Bent ~ Agrostis capillaris 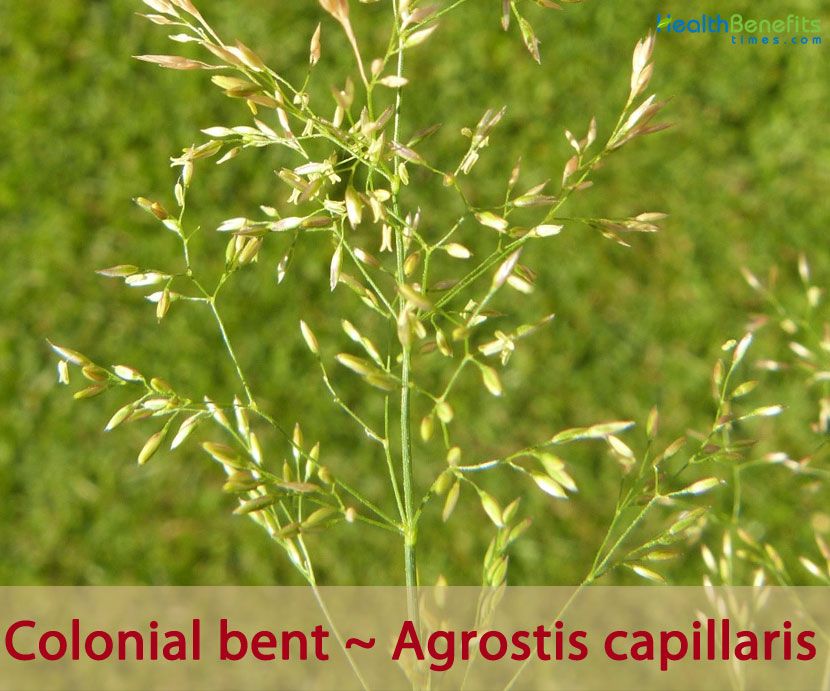 Agrostis capillaris, popularly known as common bent, colonial bent, or browntop, is a rhizomatous perennial plant in the grass family (Poaceae ⁄ Gramineae). Agrostis capillaris is often mentioned to in many scientific articles and research as Agrostis tenuis. The accepted name according to ITIS is A. capillaris, while A. tenuis remains a synonym it is commonly found and incorrectly labeled as the primary name. The plant is native to northern Africa (i.e. Tunisia), the Canary Islands, Europe, Australia, New Zealand, western and eastern North America, Greenland, Central and South America, the sub-Antarctic islands and parts of western and central Asia (i.e. Turkey, northern Iran, Afghanistan, Armenia, Azerbaijan, Georgia, Kazakhstan and southern Russia). In British Columbia, it is common on southern Vancouver Island and the southwestern part of the province, becoming uncommon further East and North. It grows in moist grasslands and open meadows, and can also be found in agricultural areas, roadsides, and invading disturbed areas.

The plant has a preference for poorly drained, fine to medium textured soils of pH 6.5 to 7.3 with a moderate level of organic matter. It is tolerant of temperature extremes. Roots have rhizomes and occasionally stolons. Stems are spreading and grow to 80 cm long. The plant spreads predominantly by underground rhizomes. The entire plant is hairless. The plant has a very fine texture and like most bent grasses grows very dense. Colonial bent is fairly easy to grow from seeds and fertilization of the lawn is not as intense. This grass also takes longer to establish than creeping bent. However it does not require the intense maintenance.

Stems (stolons) are decumbent (creeping) and slender and produce long narrow leaves. Leaf blades are smooth on the upper surface and ridged on the underside, 1 to 3 mm wide and bluish green in appearance. The ligule is long, membranous, finely toothed or entire and rounded, auricles are absent.

The species is characterized by single flowered spikelet in a compact panicle. The panicle in flower is purple to bronze in appearance. The flowering panicles appear from June to August. The panicle persists in winter after the seeds have been shed.

The plant propagates by way of highly abundant seeds and vegetatively by rhizomes and stolons. The large proportion of A. capillaris clones and low proportion of seedlings in populations suggests that much of its reproduction is vegetative. Flowers are wind pollinated, but are also spread by water, humans and vertebrates.

Seed heads are usually 15 cm long with spreading branches with tiny seeds. Seeds of Colonial bent are too small to be recognized without magnification. Seeds are ovate, less than 1 mm long, usually awn less with an occasional short, straight awn and silvery in appearance. Seed is set from August to October in the northern hemisphere. Seeds may persist for 5 years or more. 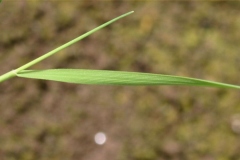 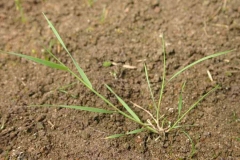 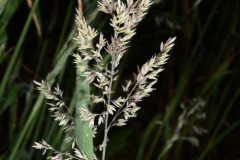 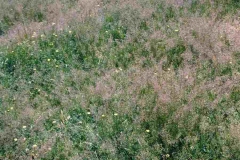 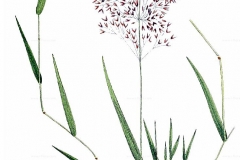 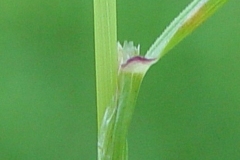 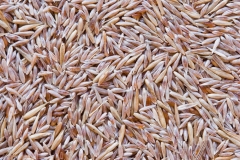 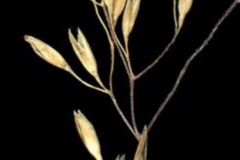 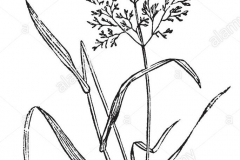 A. capillaris is highly adapted to grazing and tolerant of burning, so neither of these mechanisms can be used to control the species and can, in fact, result in increased abundance. In cultivated areas, where A. capillaris can become a weed, short rotations with root crops may help reduce this species.

For Agrostis species in general, conventional control including physical removal is considered difficult or not feasible even when they exert a large negative impact on native biodiversity. However, for A. capillaris, mechanical removal by hand pulling, ploughing, grubbing and harrowing can reduce abundance. It can also prevent seeding when applied in spring or early summer before seed set. Manual removal is labor intensive and remaining pieces of broken stolons can re-establish.

The graminicide cycloxydim has been used to effectively control A. capillaris in forest tree establishment situations (Clay et al., 2006). A. capillaris is also susceptible to the herbicides dalapon, hexazinone and sethoxydim, the last giving a 100% mean control rate, while glyphosate applied before emergence reduces growth rate. The introduction of glyphosate resistance into A. capillaris by genetic engineering may have implications for the species’ invasiveness, spread and control. Herbicides should only be used with extreme caution, and under expert advice, in sensitive Garry oak ecosystems.

Soil disturbance and the use of fertilizers should be avoided in natural areas. Equipment, clothing and animals should be checked and cleared for seeds when leaving an infested area. Encourage plant nurseries, gardeners and farmers to stock and use native or non-invasive species, and to avoid using non-native grasses such as colonial bent grass.