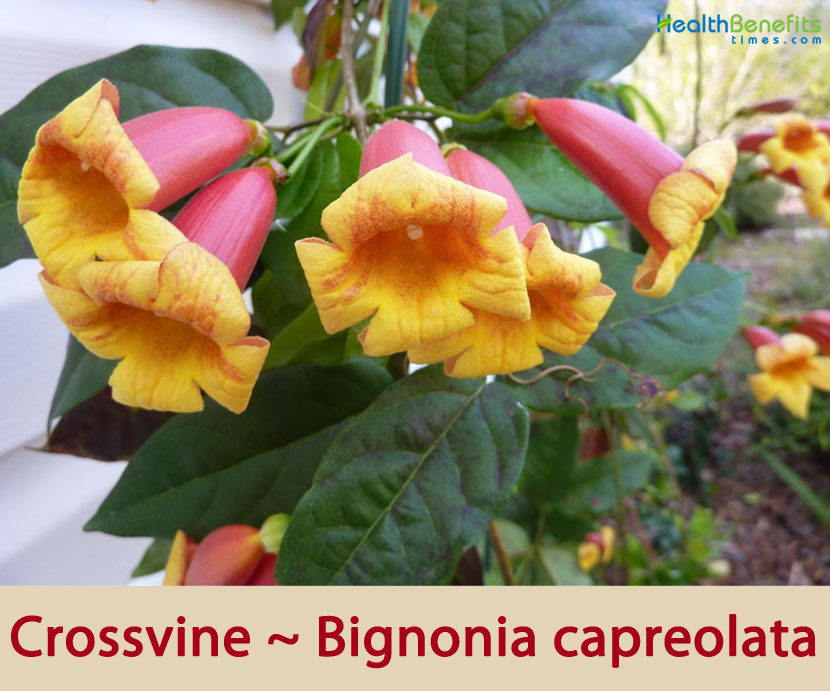 Bignonia capreolata popularly known as Crossvine and occasionally trumpet flower is a beautiful semi-evergreen, climbing, woody, vine in the genus Bignonia which consists of about 28 and 95 species and belongs to the family of the Bignoniaceae (Trumpet-creeper Family). The common name, crossvine, is derived from the shape of the pith in the vine’s stem when viewed in cross-section. The genus name Bignonia was named by the French botanist, Joseph Pitton de Tournefort to honor his friend Abbe’ Jean-Paul Bignon. The species epithet capreolata comes from the Latin word meaning tendrils. The plant is native throughout United States in the northeastern, north central, south central and southeastern regions. It is found from southern Ontario, south to Florida, west to Texas and Illinois. Few of the well-known common names of the plant are Quarter vine, Crossvine and Trumpet Flower.

Crossvine is a beautiful, vigorous, semi-evergreen, perennial, climbing, woody vine that normally grows about 50 or more feet long and uses its tendrils to attach its self to trees or fences or through the tops of thickets. Tubers can grow to 10 cm in diameter. The stem is squarish and reddish-purple. The bark is grayish brown and scaly. When cut in cross section, the phloem forms a distinct “X” within the stem. The plant climbs by tendrils. The tips of the tendril have adhesive disks that allow the vine to attach itself to a tree or other available support such as a fence. The plant is found growing in fences, arbors, walls, pillars or large trellises, as a groundcover, rich forests, swamps, along roadsides, fencerows, bottomland forests, floodplains, riverbanks, stream sides; less often in seasonally inundated swamps, wet thickets, and more mesic, upland forests. The plant prefers full sun and moist, acidic, well-drained soils for best flowering. It is adaptable to other soil conditions, including poorly drained soils, once established and it can do well in low light levels. It is drought tolerant. Crossvine can spread aggressively through stolons and may need to be managed in garden or domestic settings.

Leaves are semi evergreen, opposite, pinnately compound, with two basal, leaflets with a branched tendril between the two leaves. Leaflets are 6-15 cm long, 2-7 cm wide and have smooth edges (entire), narrowly tapered tips (acuminate), and a notch at the base that makes them heart-shaped (cordate). The foliage turns from a lustrous green in the growing season to a reddish purple in the winter. Buds are reddish-purple and less than 1 cm long.

Fertile flowers are followed by pod-like woody seed capsule that is approximately 6 inches long and 1 inch wide which mature in late summer and persist into fall. Fruits are initially green turning to brown as they mature. Each capsule contains several rows of winged seed. Crossvine is often available from nurseries. Several horticultural selections are available with different colored flowers. 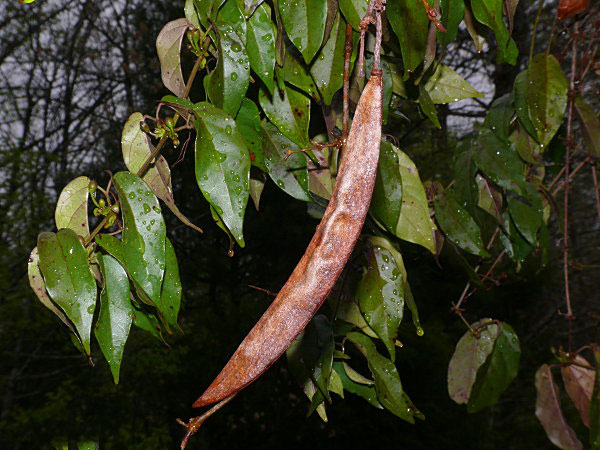 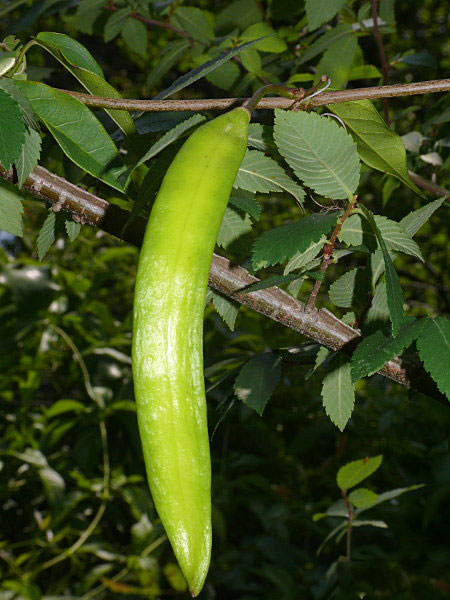 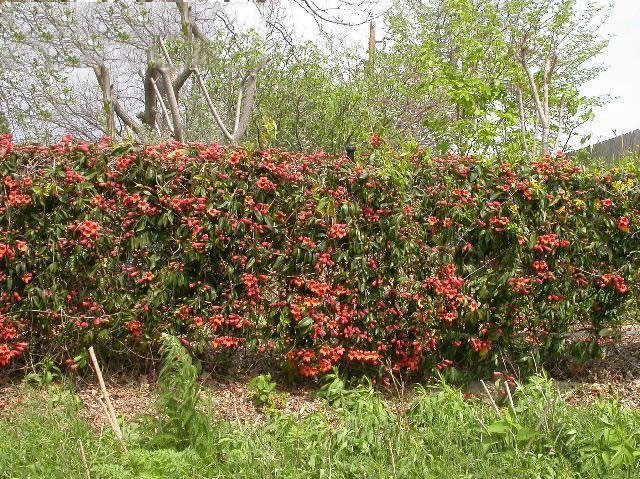 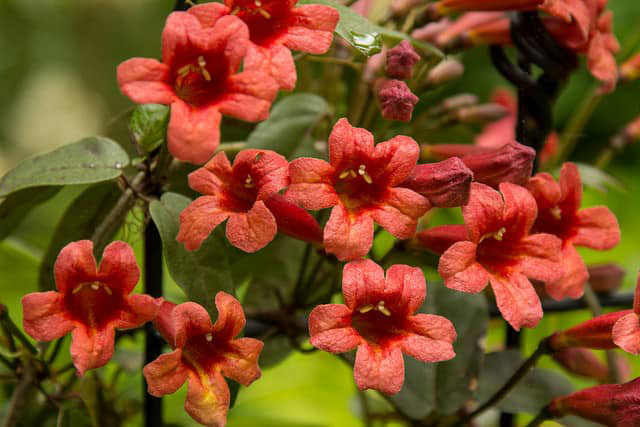 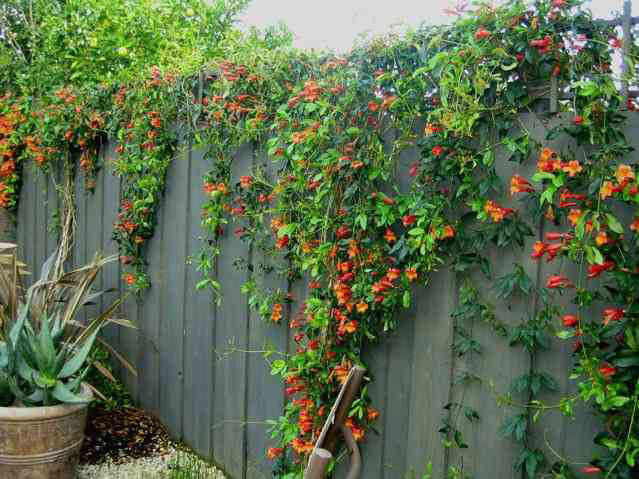 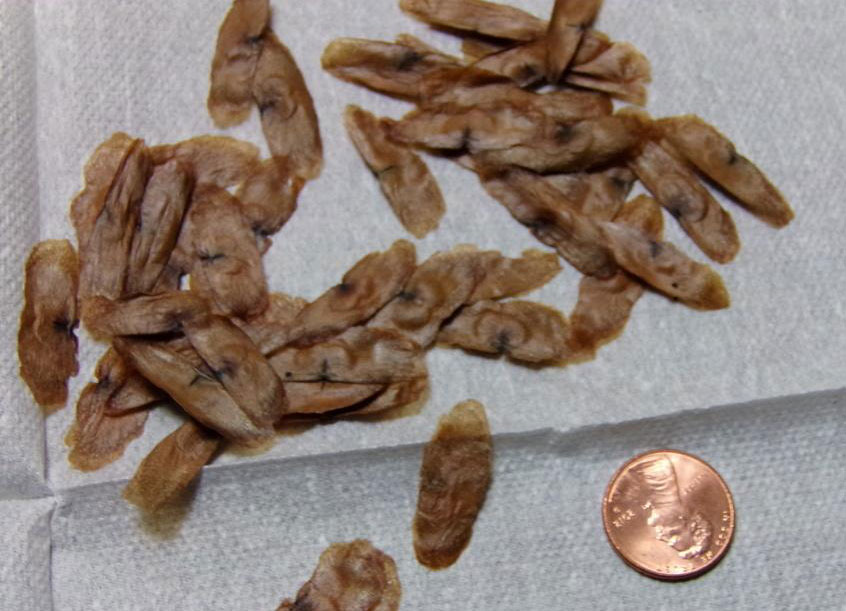 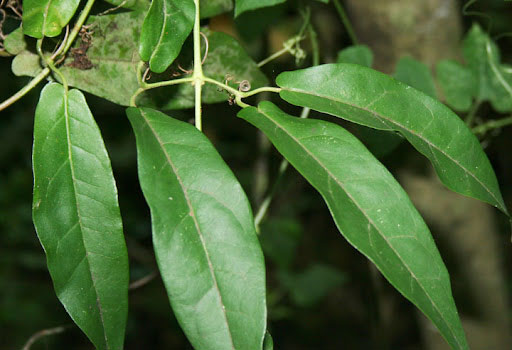 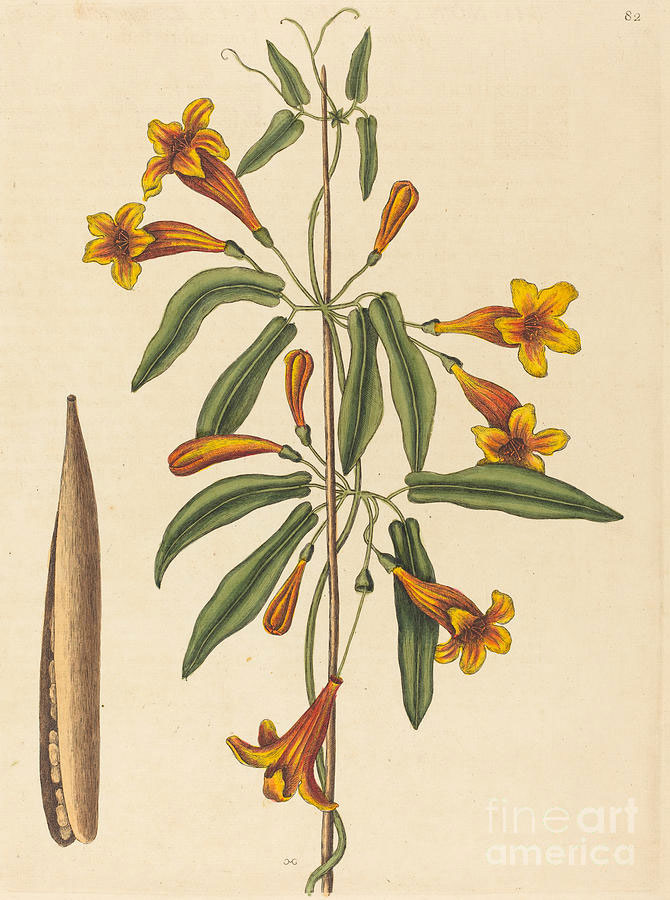 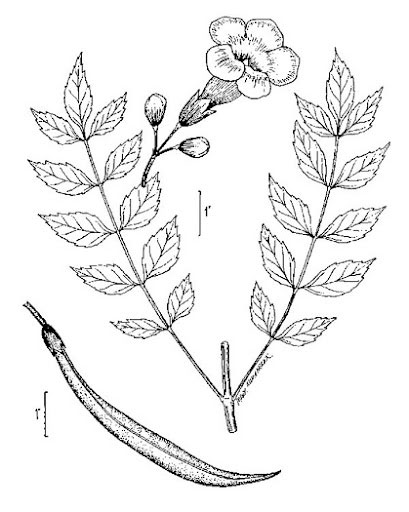 Traditional uses and benefits of Crossvine